Physics might show us the universe’s basic building blocks, and biology lets the universe understand itself, but chemistry is where all the fun happens in between. We have thousands of chemical reactions going on inside us every second, but it’s the ones we’ve mastered with our hands, in labs and workshops and factories and even kitchens, that have made humans what we are today. A few chemical technologies have made such an explosive change in how we live that they have altered the very trajectory of humanity. Here’s 6 chemical reactions that changed history. Fire was our first foray into chemistry, for better and for worse. Whether it’s animal, vegetable or whatever’s in hot pockets, cooking our food makes it easier to digest, we get more nutrition for a lot less work, but there’s a different bit of chemistry that turns food from simple nutrition into something fun to eat.

In 1913, a French chemist named Louis Camille Maillard described the most delicious reaction I know of. Pretty much everything we cook contains sugars and amino acids, and when they react at high temperatures, the result is… well, hundreds and hundreds of complex flavor compounds. It’s what browns grilled hamburgers, puts the crispy crust on pizza, the golden edges on french fries, the… sorry, I got a little carried away there. Anyway, sure, harnessing fire made food more digestible, but the Maillard reaction made it more fun to eat, and drink, because really, where would we be without roasted coffee? “Dogs and cats, living together, mass hysteria!” They say sticks and stones can break bones, but metal does it much better. If your ancestors didn’t figure out the chemistry of bronze, they were probably conquered by someone who did.

The only pure metals that Earth has any good amount of are copper, gold, silver, and platinum, but unfortunately they’re all either too valuable, too heavy, or too soft to make good pokey sticks with. Beginning 5 to 6 thousand years ago, people began alloying, or mixing copper with elements like tin, to make bronze, a step up in hardness and durability from pure copper. It was later replaced by iron in most uses, but bronze was the beginning of humanity’s heavy metal stage. Ya like civilization? I’m a big fan myself, and one reaction above all others made it possible. As the poet John Ciardi put it: “Fermentation and civilization are inseparable.”

Our ancestors eventually got tired of chasing dinner and were finally able to put their roots down by putting some roots down. Domesticating plants led to a nice orderly system where a few people grow enough food for everyone, giving others free time to explore things like art, advanced government, and even science, or at least what passed for science at the time. But eating raw grain is not our thing, and what good is that harvest if it’ll be rotten in a couple weeks By harnessing fermentation, and converting sugars into acids, alcohol, and gas our ancestors let tiny creatures they had no idea even existed turn fruit, vegetables, grain, and even milk into forms that were tastier and lasted longer. You know what’s also nice? Drinkable water.

But for most of human history, drinking from the wrong stream or well could get you the last stomach ache you’d ever have. Fermentation and its antimicrobial alcoholic by products were your friend. Considering water used to be an actual health hazard, it’s no surprise that bathing often wasn’t high on priority lists of the past. But nobody wants to sit with the smelly kid, even in ancient Sumeria. Tablets dating from nearly 4,000 years ago there show formulas for mixing water, alkali ash, and oil or animal fat to make soap. Plant and animal oils are triglycerides, a glycerol molecule plus three fatty acids. Break them in with the alkali base, and you get fatty acid salts, the key ingredient in soap, because they dissolve both ways.

One end is attracted to water, and the other attracts greasy nonpolar things, and the resulting chemical mix is perfect for using water to pull olive oil stains out of your favorite toga. News flash: Computers are a big deal, and neither cell phones or smart thermostats would be possible without silicon chips. Silicon is actually super easy to find, but to be used in chips it has to be super pure. How pure? At least nine nines pure. But that’s not even the hard part. Pure solid silicon is a mass of billions of separate crystals. It looks cool, but everywhere two crystals meet is a place where semiconductor magic can’t happen. The Czochralski process makes that mess chip-worthy. The silicon is remelted, and a single tiny crystal is lowered in and slowly drawn out. This first crystalline seed aligns the growing solid mass in a single, perfect crystal of silicon, ready to be sliced and diced and put to good use.

Everything that’s alive needs nitrogen in order to build the most basic bits of life like amino acids and DNA. But for most of life’s history, converting nitrogen to biologically useful forms could only be done by bacteria in soil, they pull gas from the air and convert it to building blocks like ammonia and nitrates. That was until 1909, when German chemist Fritz Haber, with the help of a couple friends, figured out how to do it on our own. The Haber-Bosch process converts nitrogen gas and hydrogen gas, two simple ingredients, to make ammonia, which we can then turn into an N-finite list of useful stuff. So why is this #1? Fertilizer.

For the first time, farmers didn’t have to rely on crop rotation or shovel what the family cow provided ‘em to get nitrogen. Inexpensive chemical fertilizers let many people grow abundant food for the first time ever. The world grew so much food, in fact, that the global population has more than quadrupled since this chemical revolution. We make 450 million tons of nitrogen fertilizer this way every year, a full 1 to 2 percent of all the energy we use goes to this process.

Of course salad bars and cereal aren’t the only thing that we make with industrial nitrogen. Nitrates are necessary ingredients in making explosives, and the Haber process allowed the nations involved in WWI and II to unleash destruction on scales never seen before. But whether it was the battlefield or the breakfast table that really motivated Haber to harness nitrogen from air, one explosion definitely won out over the other, and it’s just one delicious bit of chemistry that feeds our brains every day. 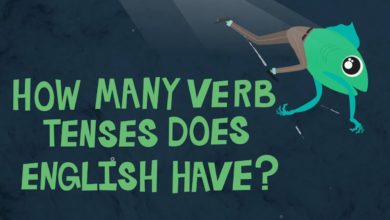 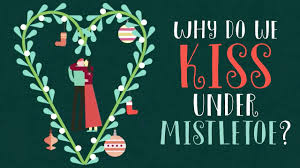 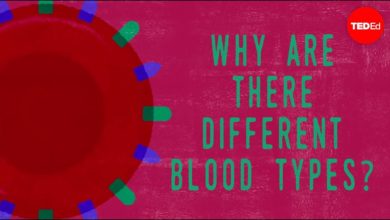 Why do blood types matter?