In 1972, French scientists were testing some uranium taken from the Oklo mine in Gabon, in Central Africa, where they had noticed something odd. They had a lot less usable uranium than they thought they did. Enough uranium to make six nuclear bombs was just… missing. Normally the uranium found in ore comes in three different varieties, or “isotopes,” each with a different number of neutrons in its nuclei. Since their atomic make-ups are slightly different, they all react in different ways. But when you’re looking for the stuff that releases enough energy to light up a city or vaporize an island when you split it, the isotope you’re looking for is Uranium-235. Now, Uranium ore should contain the same ratios of different isotopes no matter where it’s found in the world. So the French scientists knew that, in the ore they were studying, they were supposed to find a concentration of Uranium-235 that was exactly 0.72%. But it turns out they only had a concentration of 0.717%. Now it might not sound like a lot, but spread out over the giant mine at Oklo it looked like 200 kilograms of Uranium-235 had disappeared.

After a few weeks of frantic investigation, the scientists realized that they were NEVER going to find the missing Uranium because it had been gone for two billion years. What they had discovered was the remains of an ancient natural nuclear reactor. Some physicists had theorized that certain kinds of nuclear reactors could exist naturally, but only under very specific conditions. And it turns out that the Uranium deposits at the Oklo mine and the area around it fulfilled ALL of those conditions. Basically, a natural nuclear reactor needs the same ingredients that modern nuclear power plants do. You need an atom that you can split pretty quickly and easily, you need neutrons to do the splitting, and you need a way to control that reaction, so once the atoms start breaking apart and releasing face-melting amounts of energy, you don’t have a nuclear Armageddon on your hands. When the first ingredient, an atom of Uranium-235, is struck by the second ingredient, a stray neutron, the atom becomes so unstable that it splits, releasing a ton of energy, plus a few more neutrons that fly off and split other Uranium atoms, creating a chain reaction.

And way back, a couple of billion years ago, Oklo had both of those ingredients. Back then, natural concentrations of Uranium-235 pretty much everywhere on the planet were at a healthy 3%, which is about as much as nuclear power plants use in their fuel rods today. And in addition to all that potential fuel, Oklo also has lots of neutrons flying around just because, over time, Uranium-235 naturally decays into element, an isotope of Thorium, and in the process, it releases a neutron. Now, in a natural, uncontrolled reaction, all of those neutrons being released would be moving WAY too fast to split an atom. Instead of hitting another atom, they’d mostly just rocket away without hitting anything, and the reaction would simply stop.

But this didn’t happen at Oklo because the deposit also had the third major ingredient: a way to control the reaction. The Oklo deposit was full of water. Groundwater, to be precise, which continuously flowed into the site, slowing the neutrons down enough that they had time to hit other atoms of Uranium-235 and keep the chain reaction going. Now you’d think with all these atoms getting split and energy being released, things would spin out of control pretty fast. But it turns out that the groundwater prevented that from happening as well. As more and more Uranium split, the energy being released made the water hotter.

After about half an hour of that, the water would get so hot that it would start to boil off. And without the groundwater to slow them down, the neutrons would start moving too fast to hit any more Uranium which would quickly stop the reaction. But eventually, the water would come back and slow down the neutrons enough that the chain reaction would start over. And on and on this cycle went, likely for hundreds of thousands of years. All told, the deposits in the Oklo area probably had an average ongoing power output of about a hundred kilowatts, which is enough to power about a hundred washing machines FOR EONS.

None of the energy was ever put to any use; eventually, the reaction used up so much of the U-235 in the deposit that the concentration got too low, and the reaction stopped. So, the energy produced by Oklo’s natural nuclear reactor quietly dissipated, leaving only that missing Uranium and a few byproducts as evidence that it ever existed. It’s pretty cool that nature actually figured out how to build a nuclear reactor before we did!

Why an Entire Field of Psychology Is in Trouble 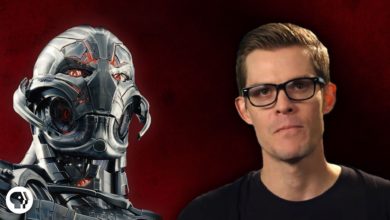 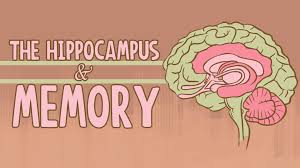 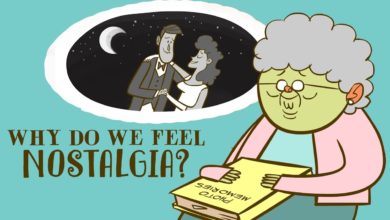 Why do people feel nostalgia? 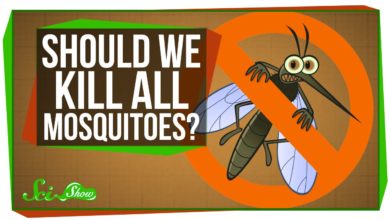 What If We Killed All the Mosquitoes?