Denis Diderot left a dungeon outside Paris on November 3, 1749. He’d had his writing burned in public before, but this time, he’d gotten locked up under royal order for an essay about a philosopher’s death bed rejection of God. To free himself, Denis promised never to write things like that again. So he got back to work on something a little like that, only way worse, and much bigger. In 1745, publisher André le Breton had hired Diderot to adapt the English cyclopedia, or a universal dictionary of arts and sciences for French subscribers.

A broke writer, Diderot survived by translating, tutoring, and authoring sermons for priests, and a pornographic novel once. Le Breton paired him with co-editor Jean le Rond d’Alembert, a math genius found on a church doorstep as a baby. Technical dictionaries, like the cyclopedia, weren’t new, but no one had attempted one publication covering all knowledge, so they did. The two men organized the French Enlightenment’s brightest stars to produce the first encyclopedia, or rational dictionary of the arts, sciences, and crafts. Assembling every essential fact and principle in, as it turned out, over 70,000 entries, 20,000,000 words in 35 volumes of text and illustrations created over three decades of researching, writing, arguging, smuggling, backstabbing, law-breaking, and alphabetizing.

To organize the work, Diderot adapted Francis Bacon’s “Classification of Knowledge” into a three-part system based on the mind’s approaches to reality: memory, reason, and imagination. He also emphasized the importance of commerce, technology, and crafts, poking around shops to study the tools and techniques of Parisian laborers. To spotlight a few of the nearly 150 philosoph contributers, Jean Jacques Rousseau, Diderot’s close friend, wrote much of the music section in three months, and was never reimbursed for copy fees. His entry on political economy holds ideas he’d later develop further in “The Social Contract.” D’Alembert wrote the famous preliminary discourse, a key statement of the French Enlightenment, championing independent investigative reasoning as the path to progress.

Louis de Jaucourt wrote a quarter of the encyclopedia, 18,000 articles, 5,000,000 words, unpaid. Louis once spent 20 years writing a book on anatomy, shipped it to Amsterdam to be published uncensored, and the ship sank. Voltaire contributed entries, among them history, elegance, and fire. Diderot’s entries sometimes exhibit slight bias. In “political authority,” he dismantled the divine right of kings. Under “citizen,” he argued a state was strongest without great disparity in wealth. Not surprising from the guy who wrote poetry about mankind strangling its kings with the entrails of a priest. So Diderot’s masterpiece wasn’t a hit with the king or highest priest. Upon release of the first two volumes, Louie XV banned the whole thing but enjoyed his own copy.

Pope Clement XIII ordered it burned. It was “dangerous,” “reprehensible,” as well as “written in French,” and in “the most seductive style.” He declared readers excommunicated and wanted Diderot arrested on sight. But Diderot kept a step ahead of being shut down, smuggling proofs outside France for publication, and getting help from allies in the French Regime, including the King’s mistress, Madame de Pompadour, and the royal librarian and censor, Malesherbes, who tipped Diderot off to impending raids, and even hid Diderot’s papers at his dad’s house. Still, he faced years of difficulty.

D’Alembert dropped out. Rousseau broke off his friendship over a line in a play. Worse yet, his publisher secretly edited some proofs to read less radically. The uncensored pages reappeared in Russia in 1933, long after Diderot had considered the work finished and died at lunch.

The encyclopedia he left behind is many things: a cornerstone of the Enlightenment, a testament to France’s crisis of authority, evidence of popular opinions migration from pulpit and pew to cafe, salon, and press. It even has recipes. It’s also irrepressibly human, as you can tell from Diderot’s entry about a plant named aguaxima. Read it yourself, preferably out loud in a French accent.

How miscommunication happens (and how to avoid it) 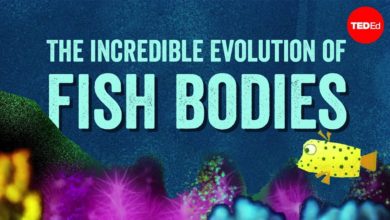 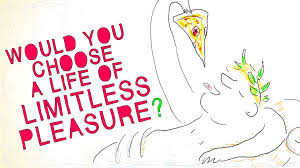 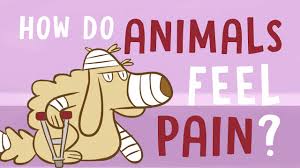 The Sex Lives of Early Humans