Sometime in the early 1750s, a 22-year-old man named Benjamin Banneker sat industriously carving cogs and gears out of wood. He pieced the parts together to create the complex inner working of a striking clock that would, hopefully, chime every hour. All he had to help him was a pocket watch for inspiration and his own calculations. And yet, his careful engineering worked. Striking clocks had already been around for hundreds of years, but Banneker’s may have been the first created in America, and it drew fascinated visitors from across the country. In a show of his brilliance, the clock continued to chime for the rest of Banneker’s life.

Born in 1731 to freed slaves on a farm in Baltimore, Maryland, from his earliest days, the young Banneker was obsessed with math and science. And his appetite for knowledge only grew as he taught himself astronomy, mathematics, engineering, and the study of the natural world. As an adult, he used astronomy to accurately predict lunar and solar events, like the solar eclipse of 1789, and even applied his mathematical skills to land use planning. These talents caught the eye of a local Baltimore businessman, Andrew Ellicott, who was also the Surveyor General of the United States.

Recognizing Banneker’s skills in 1791, Ellicott appointed him as an assistant to work on a prestigious new project, planning the layout of the nation’s capitol. Meanwhile, Banneker turned his brilliant mind to farming. He used his scientific expertise to pioneer new agricultural methods on his family’s tobacco farm. His fascination with the natural world also led to a study on the plague life cycle of locusts. Then in 1792, Banneker began publishing almanacs. These provided detailed annual information on moon and sun cycles, weather forecasts, and planting and tidal time tables. Banneker sent a handwritten copy of his first almanac to Virginia’s Secretary of State Thomas Jefferson. This was a decade before Jefferson became president.

Banneker included a letter imploring Jefferson to “embrace every opportunity to eradicate that train of absurd and false ideas and opinions” that caused prejudice against black people. Jefferson read the almanac and wrote back in praise of Banneker’s work. Banneker’s correspondence with the future president is now considered to be one of the first documented examples of a civil rights protest letter in America.

For the rest of his life, he fought for this cause, sharing his opposition to slavery through his writing. In 1806 at the age of 75, Banneker died after a lifetime of study and activism. On the day of his funeral, his house mysteriously burned down, and the majority of his life’s work, including his striking clock, was destroyed. But still, his legacy lives on.

Can you solve the three gods riddle? 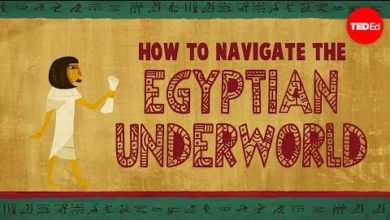 The Egyptian Book of the Dead: A guidebook for the underworld 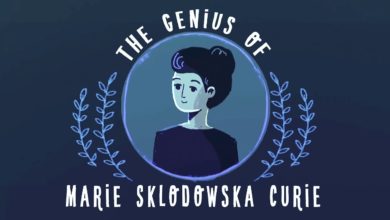 The genius of Marie Curie 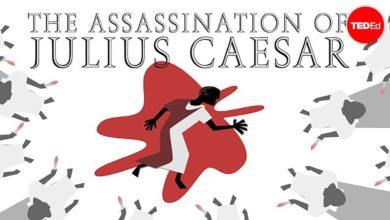 The great conspiracy against Julius Caesar