totally have a cow about there just being too many freakin’ people was a British economist named Thomas Malthus. Thomas Malthus calculated that human populations tend to grow exponentially, while the ability of humans to feed each other tends to grow more linearly. And so our growth as a species tends to outstrip our ability to feed everyone. And when that happens, it’s pretty obvious what happens, you get the famine, and the starvation. And for the people who are left over who don’t die of those things, they can get taken care of by disease and war. Basically, Malthus thought that humanities natural state was to be cruel, miserable, pathetic and sniveling in a pile of dirty underpants. In his essay on the principle of population, Malthus observed… “The vices of mankind are active and able ministers of depopulation.

They are the precursors in the great army of destruction, and often finish the dreadful work themselves. But should they fail in this war of extermination, sickly seasons, epidemics, pestilence, and plague advance in terrific array, and sweep off their thousands and tens of thousands. Should their success be still incomplete, gigantic inevitable famine stalks in the rear, and with one mighty blow levels the population with the food of the world.” Diseases also have an easier time taking hold, and of course starvation can kill off a lot of people as well. Though he did make some pretty good points, as long as humanity is well-fed, we’re a pretty nice lot of people. But I have this problem too; when my blood sugar just gets a little bit low, I start killing all of my neighbors — that’s not actually true. When you and your family’s lives are threatened by starvation there’s a lot of things that you will do for food, including go to war.

However, what Mister Doom and Gloom didn’t predict was the frickin’ Industrial Revolution- which not only allowed the production of much more food with far fewer laborers, it was also the impetus for this. Uh, yeah. What that there is, is uh, the population of the Earth busting through Malthus’s ceiling and then his atmosphere and then his ozone layer and then his mesosphere and then his – probably be pretty impressed by this. If you’re not impressed yet, ah, just keep staring at it. I can wait. I got all day. It took humanity fifty thousand years to go from zero to one billion people, and then to get from one billion to seven billion, about two hundred. So wow, Industrial Revolution, thank you for allowing us to grow more food using machines, and for the fast and efficient transportation that it takes to move all that food around to the people who needed it, and thanks for the medical advances too, which help us understand things like the importance of soap and the way that diseases worked, and as a result, humans now live about four decades longer than the average guy in the eighteenth century. Yeah! Industrial Revolution! So Malthus might have been right about how frickin’ stupid it was to be a human if the Industrial Revolution had not happened.

So now, the world’s population is growing at about 1.1 percent per year, which is a tiny bit better than the 1.3 percent per year that got us here. If this current rate continues by 2050, we should have about 9.3 billion people on the planet. So the question is: at what point are these numbers going to outstrip our ability to feed all of the people on the planet? It turns out actually that the question isn’t how many people can the Earth accommodate, it’s more like: how many rich people can the Earth accommodate? Because people in general, they tend to demand stuff for their survival like uh, oxygen, water, and food. But rich people, we have different expectations. We, for example, in America have a lot of agricultural crops, and we have to use a lot of fresh water to water those agricultural crops. Do you want to take a guess at the number one irrigated crop in the United States of America? Unless you’ve heard this statistic before, you were wrong! It’s grass! It takes more water to create lawns than it does to create all of the corn in America.

We’re using it like crazy; though it is a pretty scarce resource, we can use less than one percent of the water on our planet. Most of it is salt water that we cannot use to drink or irrigate crops, and 70 percent of our freshwater is frozen in glaciers. So clean freshwater, non-negotiable and scarce. So what’s next? Ah, food. The world’s combined food output could feed around 11 billion people, and yet, there are 1 billion people who need food. So yeah that’s one of the most pathetic and infuriating things about our planet. So if there’s enough food for 11 billion people, and there’s 7 billion people and a billion of them are hungry, who is eating all of our food? Food, is eating all that food. A huge amount of the food that we grow in America gets uh, in turn eaten by livestock. It’s so hard to say the truth, which is that, but, rich people can do what they want. Now when I say ‘rich’ it’s important to note that I’m not talking about like, uh, the 99 percent versus the 1 percent rich.

I’m talking about if you have running water, electricity that comes into your home, a computer that you can watch youtube videos on, and regularly can afford to eat meat – you are a rich person on the earth, and you, you know sometimes we just have to come to terms with the fact that we – even those of us who don’t have it great in America – have it better off than a whole lot of other people. There’s a lot of people in the world who don’t get that. If you can have a hot shower, that’s like the peak of luxury to me. So assuming that you are a first worlder, that you live in a developed country in Europe, or you live in America or Japan, you consume on average as much stuff as 32 Kenyans. And now the number of well-off people in the world is starting to increase dramatically and quickly, and this is what we’ve always wanted for the world.

So now we have all these moderately well-off people walking around all over the planet, and it’s great! Except that they require more. In the meantime though, a huge percentage of all of the babies that we’re talking about being born right now aren’t being born to these rich people in the developed world. They’re being born in developing nations, and so the population isn’t just growing. It’s growing in this weird, sort of scary, lopsided way. Fact is, people in a lot of developed countries have kinda stopped having babies. Like Japan for example, everybody’s like ‘Japan what are you doing? Why aren’t you having any babies??’ and Japan’s like ‘Uhh don’t know kinda don’t feel like it.’ So on average, Japanese people are having about one baby per household. They’re not even replacing themselves, compared to two or three babies in America or like, five or six in most of Sub-Saharan Africa.

So developing nations are having a baby boom, and that’s what happens when you get, you know, vaccines and antibiotics and safe water and better sanitation. You get fewer babies dying, and we are all completely and totally in favor of fewer babies dying, I hope. But it also means that there are going to be a lot of new Sub-Saharan Africans in the next 50 years or so, and that is where a lot of the 1 billion currently hungry people are already living. So while those of us in the developed world are not having any babies at all and yet consuming enough food for like, four truckloads of babies, the governments in developing countries are struggling with where to put all of these new people and how to feed them all.

And you also get what is known as a ‘youth bulge’. A lot of developing nations are currently seeing a huge explosion in people between the ages of 15 and like 29. And all of those youth are out there, looking for the same jobs, all at the same time, feeling generally hormonal as youth do, and being pretty unhappy with their lot in life. Some social scientists conjecture that youth bulges like this have been responsible for nearly every insurrection in history, from the English revolution in 1640 to the more recent Arab Spring. And neither of those things were bad things, but we should be aware that there may be more of it coming.

And another thing that Reverend Malthus never thought of is: what happens when humanity gets together and takes over the whole frickin’ world? Seriously, because it turns out that there are actually supposed to be some other things living on this planet with us. Through our desire for more space and more stuff, we’re putting pressure on pretty much every habitat on earth. So much so that worldwide, 52 species of mammal, amphibian and bird move one category closer to extinction every single year.

You know, this world is pretty big, but there’s only so much room and it turns out that Bengal tigers aren’t particularly well-suited to high rise living. So the more there are of us, the fewer of literally everything else there is, except for like, things that we enjoy eating, and petting – dogs and cats as well; their populations continue to grow. So happy birthday new people, welcome to Earth. I’ll try not to screw it up too much for you. If you’re interested in more things to do with global population, please check out the description below. There will be links in there for our source materials. You can also ask us questions and leave ideas for future episodes of SciShow in the comments and get in touch with us on Facebook and Twitter as well. Goodbye. 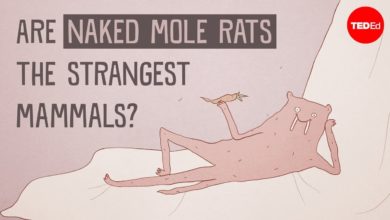 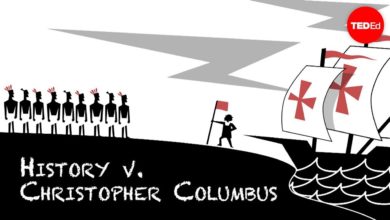 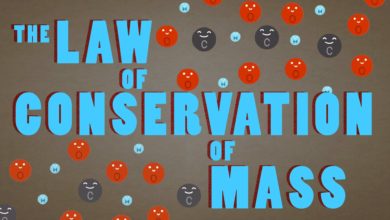 The law of conservation of mass