We all know that Taj Mahal is one of the seven wonders in the world. It is situated on the banks of the river Yamuna near the city of Agra in the northern state of Uttar Pradesh. This monument was built by Shah Jahan, the emperor of the Mughal dynasty in India, in the memory of his wife Mumtaz Mahal. The Taj Mahal has been given the status of a World Heritage Site by UNESCO. So many people from different Indian states + tourists from various countries come to India to see the beauty of Taj Mahal every year every day.

The Taj Mahal, as we all know, is the most famous landmark in India. It is situated on the banks of the river Yamuna near the city of Agra in the northern state of Uttar Pradesh.

The name Taj Mahal is Persian for ‘Crown of Palaces’. It is an elaborate Mausoleum, in simpler terms it’s a huge tomb! This monument was built more than 350 years ago by Shah Jahan, the then emperor of the Mughal dynasty in India, in memory of his wife Mumtaz Mahal who had died.

Shah Jahan met his future wife when he was 15 and she was 14. But they did not get married at that age. They got married 5 years later in 1612 and although Shah Jahan had many wives he loved her much more than the others. Her name was Arjumand Banu Begum. Shah Jahan gave her the name Mumtaz Mahal, which means the ‘Chosen one of the Palace’ because she was the one he loved more than anyone. Together they had 14 children.

Mumtaz Mahal died while giving birth to her fourteenth child in 1631. Heartbroken, Shah Jahan decided to build a memorial for his beloved wife so that she would be remembered forever.

The Story of Taj Mahal for Kids

The construction of the Taj Mahal began in 1632, the year after Mumtaz Mahal had passed away. In order to build this huge monument, more than 20,000 workers were employed and a thousand elephants were used to transport the materials. Elaborate designs on tiles and poems written in calligraphy decorated nearly every surface of this grand mausoleum. The style of the Taj Mahal was inspired by not just one but many types of architecture like the Persian, Islamic and Indian architecture.

Huge slabs of marble were used to build the structure and were decorated with 28 different varieties of precious and semi precious stones brought from different parts of Asia. It took 12 years to build the tomb. However that was not all. The Taj Mahal is a part of a much bigger complex and is surrounded by gardens and small water bodies that reflect the Taj Mahal. The compound is marked by a large wall running right round the complex. The complex also has a Mosque, a gateway and Minarets, which are slender towers, usually part of a mosque and has a balcony from which the muezzin calls Muslims to prayer. The construction of this complex took an additional 10 years. Thus, it took a total of 22 years to build this grand monument.

It is said that Shah Jahan had planned to build a second Taj Mahal across the river Yamuna made completely of black marble as his own tomb. But when his son Aurangazeb overthrew him and imprisoned him, the plans were discarded and he wasn’t able to build the second Taj Mahal. The base of the black Taj Mahal can still be seen on the other side of the river. Shah Jahan did not plan to be buried with Mumtaz in the Taj Mahal. However, that is where his son buried him in 1666. A slightly larger tomb was placed next to Mumtaz’s tomb for Shah Jahan. This marks the only place in the mausoleum that isn’t symmetrical as everything was designed to be symmetrical.

The Taj Mahal has been given the status of a World Heritage Site by UNESCO for being the jewel of Muslim Art in India and is one of the Seven Wonders of the World. It is a universally admired masterpiece. It has been described as poetry in stone and a teardrop on the cheek of time. 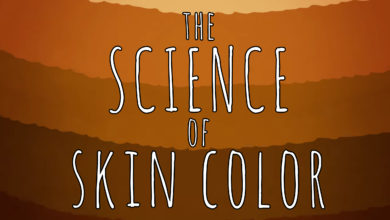 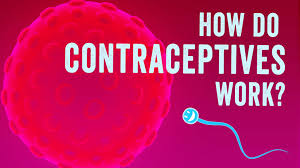 How do contraceptives work? 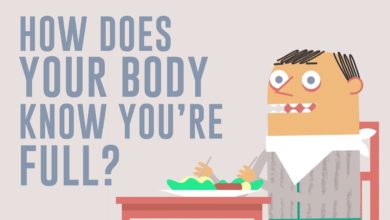 How does your body know youre full?

When Sex is Hard