Physicists, air traffic controllers, and video game creators all have at least one thing in common: vectors. What exactly are they, and why do they matter? To answer, we first need to understand scalars. A scalar is a quantity with magnitude. It tells us how much of something there is. The distance between you and a bench, and the volume and temperature of the beverage in your cup are all described by scalars. Vector quantities also have a magnitude plus an extra piece of information, direction. To navigate to your bench, you need to know how far away it is and in what direction, not just the distance, but the displacement.

What makes vectors special and useful in all sorts of fields is that they don’t change based on perspective but remain invariant to the coordinate system. What does that mean? Let’s say you and a friend are moving your tent. You stand on opposite sides so you’re facing in opposite directions. Your friend moves two steps to the right and three steps forward while you move two steps to the left and three steps back. But even though it seems like you’re moving differently, you both end up moving the same distance in the same direction following the same vector. No matter which way you face, or what coordinate system you place over the camp ground, the vector doesn’t change.

Let’s use the familiar Cartesian coordinate system with its x and y axes. We call these two directions our coordinate basis because they’re used to describe everything we graph. Let’s say the tent starts at the origin and ends up over here at point B. The straight arrow connecting the two points is the vector from the origin to B. When your friend thinks about where he has to move, it can be written mathematically as 2x + 3y, or, like this, which is called an array. Since you’re facing the other way, your coordinate basis points in opposite directions, which we can call x prime and y prime, and your movement can be written like this, or with this array. If we look at the two arrays, they’re clearly not the same, but an array alone doesn’t completely describe a vector.

Each needs a basis to give it context, and when we properly assign them, we see that they are in fact describing the same vector. You can think of elements in the array as individual letters. Just as a sequence of letters only becomes a word in the context of a particular language, an array acquires meaning as a vector when assigned a coordinate basis. And just as different words in two languages can convey the same idea, different representations from two bases can describe the same vector.

The vector is the essence of what’s being communicated, regardless of the language used to describe it. It turns out that scalars also share this coordinate invariance property. In fact, all quantities with this property are members of a group called tensors. Various types of tensors contain different amounts of information. Does that mean there’s something that can convey more information than vectors? Absolutely. Say you’re designing a video game, and you want to realistically model how water behaves.

Even if you have forces acting in the same direction with the same magnitude, depending on how they’re oriented, you might see waves or whirls. When force, a vector, is combined with another vector that provides orientation, we have the physical quantity called stress, which is an example of a second order tensor. These tensors are also used outside of video games for all sorts of purposes, including scientific simulations, car designs, and brain imaging. Scalars, vectors, and the tensor family present us with a relatively simple way of making sense of complex ideas and interactions, and as such, they’re a prime example of the elegance, beauty, and fundamental usefulness of mathematics.

Aphasia: The disorder that makes you lose your words

How the Band-Aid was invented | Moments of Vision 3 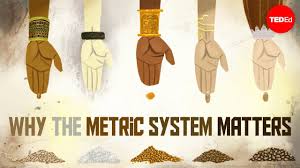 Why the metric system matters 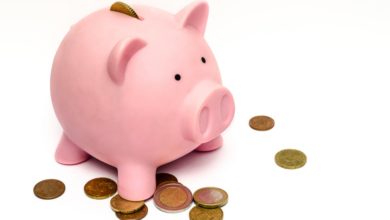 Micro Vs Macro & Money Vs Barter 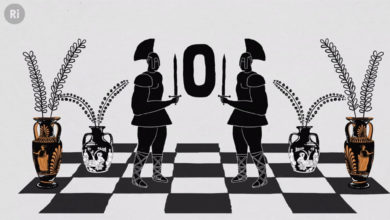 The Story of Zero 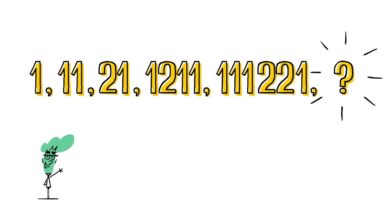 Can you find the next number in this sequence?