Wood is tough stuff, which is why we use it to hold up houses and trees use it to hold up themselves. If you’ve ever swung an axe against a tree, you know chipping away wood takes a lot of force. Now imagine chipping away that wood with your face. That’s what it’s like to be a woodpecker. Hammering a tree, 20 times a second, ten thousand times a day… face-first. The force of a peck is like as headbutting a tree at full sprint, which you should not try at home. So why don’t woodpeckers get concussions? And if they did, what would they see flying around their head? [OPEN] They say it’s not the fall that kills you, it’s the sudden stop at the end. Anyone who’s ever watched a crash test video knows that when the car stops moving, the bodies inside it don’t.

This is basically the inside of your head right before you get a concussion. The human skull is surprisingly strong and flexible, but the delicate hunk of meat inside is more like a blob of jello floating in liquid. A rapid deceleration can cause your brain to hit the inside of your skull and damage neurons and other cells. This is called a concussion. I’ve a couple concussions have had before. I felt dizzy, and… I actually don’t remember much else. When your brain gets sloshed and squished, twisting forces happen down on the smallest level, deforming and tearing nerve cells, and damaged neurons can’t don’t goodly communicate good. If nerves are damaged in the right area, you can lose consciousness, but you don’t have to be knocked out to get a concussion, and even smaller impacts can have lasting damage.

CTE is a brain disease caused by repeated impacts that can lead to bad things. When doctors did autopsies on former professional football players they saw brains that looked wasted away, from years of repeated impacts that weren’t technically concussions. Millions of concussions will happen to young athletes this year, and that’s not counting brain injuries from accidents and other causes. It’s a big problem, and some scientists are wondering if we can learn anything from hard headed birds. Woodpeckers are built for headbanging. Spongy skull bones, even special eyelids that close just before impact, but their real anti-headache secrets are deeper inside. Woodpeckers will hammer to show off territory or make nests, but mostly it’s to look for food.

After they drill a hole, they use their tongue like a spear to reach inside and draw out insects or nectar. But considering that tongue can be three times the length of its beak, where do they keep it when it’s not being used? There’s a bony support /inside/ bird tongues called the hyoid. We have a hyoid bone too, /underneath/ our tongue, but in a woodpecker, it goes out the back of its mouth, all the way around its skull, and ends up between its eyes. Scientists think this bone and muscle wrapper may act like a seatbelt and absorb some of the shock when the bird’s head de-celerates. But consider acorn woodpeckers: They can drill thousands of holes in a single tree and hammer a seed into each one. A seatbelt tongue can’t be enough to keep them headache-free. One of the basic equations of physics is “Force equals mass times acceleration”, or deceleration.

But what really matters for impact injury is how much area that force is being applied to, or why you should lie on a bed of nails, not do a headstand on one. From the side, the human brain is basically a half circle, oriented like this. So impact on the forward/backward axis focuses the force on a small area. A woodpecker’s brain is oriented differently, so forward/backward force is distributed over a larger area of the brain, and since they’re packed more tightly in their skulls, they don’t slosh around like ours do. G-force is our measure of relative acceleration. We normally feel 1 g, the standard acceleration of gravity on Earth.

The g-force a body can survive depends a lot on how long that body is being g-forced. If you love roller coasters, you’ve probably experienced several seconds at 5 g’s and walked away smiling. But race car drivers have survived crashes with over 200 g’s, but only because that deceleration was limited to a few milliseconds. Basically if you’re gonna hit something hard, it helps to do it quickly. It takes less than a millisecond for a woodpecker’s head to move from full speed to stopped. In that amount of time, our brains could take 300 g’s before concussion, but woodpecker brains can withstand more than four thousand G’s.

How is that possible?! This gets us to the real reason woodpeckers don’t get concussions. J.B.S Haldane, in a 1926 essay “On Being the Right Size” wrote that “You can drop a mouse down a thousand-yard mine shaft; and, on arriving at the bottom, it gets a slight shock and walks away.” But dropped down the same mine shaft “…A rat is killed, a man is broken, a horse splashes.” I don’t think anyone’s actually tested that, but it comes down to simple math. As an animal, or an animal’s brain gets smaller, the volume and mass drop by the cube, but the surface area goes down by the square. So a woodpecker brain might have much much less skull area to absorb impact than we do, but it’s much, much, MUCH lighter.

An engineer would say woodpecker brains and human brains are built from the same material, but the mathematics of scale mean that bird brains can take a bigger banging. So the main reason woodpeckers don’t get concussions is because they’re small. I know, it’s kind of obvious, but we’re stuck with a hard knock truth: they evolved to take an impact, and we didn’t, and as long as we keep banging our heads into each other for fun or by accident, we’ll probably keep getting concussions, no matter what kind of space-age bubble wrap we put on our heads.

Where Did Humans Come From? 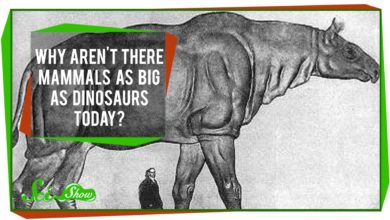 Why No Giant Mammals? 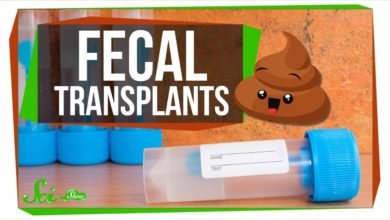 Why You Might Want Someone Else’s Poop Inside You 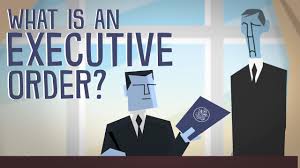 How do executive orders work? 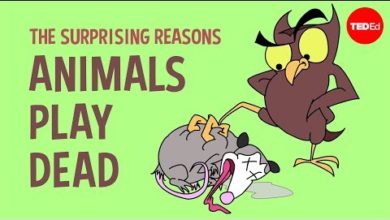