Somewhere right now, people are lining up to scare themselves, maybe with a thrill ride or horror movie. In fact, in October of 2015 alone, about 28 million people visited a haunted house in the U.S. But many consider this behavior perplexing, asking the question, “What could possibly be fun about being scared?” Fear has a bad rap, but it’s not all bad. For starters, fear can actually feel pretty good. When a threat triggers our fight or flight response, our bodies prepare for danger by releasing chemicals that change how our brains and bodies function. This automatic response jumpstarts systems that can aid in survival.

They do this by making sure we have enough energy and are protected from feeling pain, while shutting down nonessential systems, like critical thought. Feeling pain-free and energized, while not getting caught up in worrisome thoughts that normally occupy our brains, that all sounds great, and it can be because this response is similar, though not exactly the same to what we experience in positive, high-arousal states, like excitement, happiness, and even during sex.

The difference lays in the context. If we’re in real danger, we’re focused on survival, not fun. But when we trigger this high arousal response in a safe place, we can switch over to enjoying the natural high of being scared. It’s why people on roller coasters can go from screaming to laughing within moments. Your body is already in a euphoric state. You’re just relabeling the experience. And though the threat response is universal, research shows differences between individuals in how the chemicals associated with the threat response work.

This explains why some are more prone to thrill-seeking than others. Other normal physical differences explain why some may love the dizziness associated with a loop-de-loop, while loathing the stomach-drop sensation of a steep roller coaster, or why some squeal with delight inside a haunted house, but retreat in terror if taken to an actual cemetery. Fear brings more than just a fun, natural high.

Doing things that we’re afraid of can give us a nice boost of self-esteem. Like any personal challenge, whether it’s running a race or finishing a long book, when we make it through to the end, we feel a sense of accomplishment. This is true even if we know we’re not really in any danger. Our thinking brains may know the zombies aren’t real, but our bodies tell us otherwise.

The fear feels real, so when we make it through alive, the satisfaction and sense of accomplishment also feel real. This is a great evolutionary adaptation. Those who had the right balance of bravery and wit to know when to push through the fear and when to retreat were rewarded with survival, new food, and new lands. Finally, fear can bring people together. Emotions can be contagious, and when you see your friend scream and laugh, you feel compelled to do the same.

This is because we make sense of what our friends are experiencing by recreating the experience ourselves. In fact, the parts of the brain that are active when our friend screams are active in us when we watch them. This not only intensifies our own emotional experience, but makes us feel closer to those we’re with. The feeling of closeness during times of fear is aided by the hormone oxytocin released during fight or flight.

Fear is a powerful emotional experience, and anything that triggers a strong reaction is going to be stored in our memory really well. You don’t want to forget what can hurt you. So if your memory of watching a horror film with your friends is positive and left you with a sense of satisfaction, then you’ll want to do it over and over again.

The Turing test: Can a computer pass for a human?

The surprising reason you feel awful when you're sick 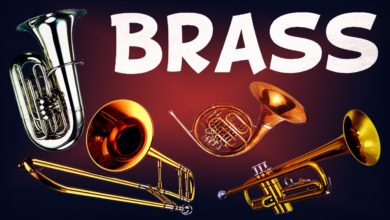