Consider the lobster. Other than both living on Earth, we don’t have a lot in common with these arthropods, the group of animals that includes everything from spiders to insects to crustaceans like these guys. 80% of all known animal species are Arthropods. They are noted for having segmented bodies, jointed legs, and stiff exoskeletons. But if you ask me, the most amazing difference between you and me and this lobster isn’t immediately obvious . . . lemme show you. This, right here. The poop chute. Or, more accurately the dorsal intestine. If you’ve ever eaten lobster, or shrimp, or crawfish, you’ve probably just thrown this thing away. This gross little tube holds more than just lobster poop. It tells a special story, of one event, hundreds of millions of years ago, that changed the course of your body.

In 1822, a French naturalist by the name of Geoffrey Saint-Hilaire cut open a lobster and noticed that its arthropod anatomy was essentially a mirror image of our own, along what is called the dorsoventral axis. Ol’ Geoffrey never did figure out why, but his observation was right on. Animals like us have our guts and circulatory system on our belly side and our nerve cords along our backs. But arthropods have ventral nerves, and dorsal guts… you know, the poop chute. Here’s how we think it happened. Let’s imagine for a moment that you’re a worm. A very primitive worm, so primitive, in fact that that you don’t have a brain or central nervous system to even do the imagining. You’re pretty much just a mouth, some moving parts, and a tube to pass food through. Up and down and back and belly don’t mean much to you.

But hey, it’s a living. For a long time, all your grandkids will live and grow like you did. Until one day, 600 million years ago, one of them decided to start doing the backstroke. Maybe its mouth ended up on the wrong side, or maybe it had colors that gave it an advantage. Whatever the case, these upside-down worms not only survived, they flourished. They would go on to to develop spinal cords and brains and bones and heads and YouTube! [EMBRYOLOGY 101] Here’s one of your earliest baby pictures. Cute huh? You were basically just a frisbee-shaped wad of cells, but already patterns were in place that would determine precisely the body you’d one day become, everything from your intestines to your epidermis. On either flat side of this disk, a special gene was expressed. Over here, cells were set on course to become your guts and your heart.

On the other side, though, the second gene inhibited the action of the first, and instead of being told to become “guts” those cells were fated to become your spinal cord. Oddly enough, this is exactly how it works in invertebrates like lobsters or fruit flies. Despite the fact our common ancestor lived nearly 700 million years ago, the genes that determine where nerves and guts end up are amazingly similar among all bilateral animals. This means that the same set of instructions define where your nervous system forms and where a lobster’s nervous system forms, but somewhere along our evolutionary history one of us got flipped.

So which plan came first? Ours, or the lobster’s? Who, I dare say, is living the upside-down life? Sorry to disappoint you, but it’s us. Studies of a rather unfortunate-looking worm suggest that we’re the new kids on the body plan block. [MUSIC] On the tree of life, this acorn worm is closer to us than they are to lobsters, but spine-to-guts, their embryos show the lobster pattern, and not ours. That means that our pattern probably developed more recently. So while lobsters may sit there in their bubbly tanks laughing lobster laughs and wondering why all of us humans are built backwards, I think we got the better end of the deal. 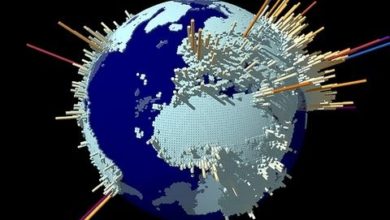 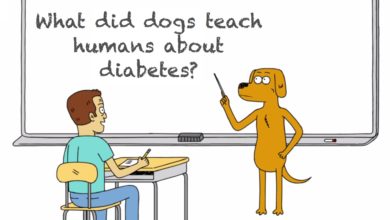 What did dogs teach humans about diabetes? 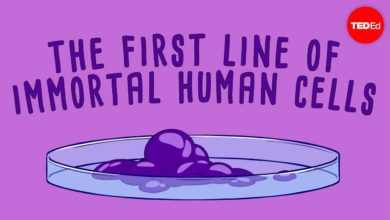