Hello this week we’ve got a lot to cover including a historic space launch a breakthrough in manmade DNA and what religion and pornography have in common. So let’s get to it. It’s the end of an era at nasa but also the start of a new one last week nasa’s and discovery the first of its three retired space shuttles to its final destination at the National Air and Space Museum. and in the next week or two a huge step will be taken in the replacement of the space shuttle program. Early in May the private spaceflight company SpaceX is expected to launch its new cargo vehicle The Dragon from Cape Canaveral to rendezvous with the International Space Station.

If successful the Dragon will be the first private spacecraft to birth with the ISS and offload cargo The launch was originally scheduled for this coming Monday that earlier this week SpaceX founder Elon Musk tweeted that he wanted to spend more time testing the code that the Dragon will use to dock with the ISS this is how we disseminate information now apparently lift off is now tentatively scheduled for May 7 and its marquee contest SpaceX already has a 1.6 billion dollar contract with Nasa to fly 12 missions to the ISS but a lot is riding on how this first one goes. In addition it is launching and getting into orbit successfully SpaceX will also have to prove their time and space craft can perform some tricky maneuvers before actually docking essentially taking one long lap around the ISS at about twenty seven thousand kilometers per hour.

If all goes well Dragon will dock on day four of the mission unloading more than 500 kilograms of equipment and some nonessential supplies so don’t worry it’s not like the six astronauts aboard the ISS are in danger of running out of water oxygen or anything if the test fails the plan is for the dragon to stay docked for 18 days at which point it will return to Earth with 660 kilograms of cargo which is notable because that more weight than the Russian Soyuz capsules can carry. SpaceX isn’t the only company that’s developing a taxi cargo service for Nasa but it’s the first to demonstrate that it can launch vehicle into space and return it safely to earth, which it did in December 2010.

The company is also working on a prototype seven-person crew cabin for the Dragon that could be ready for testing within a year or two I’d totally voluntier to be one of Dragon’s first passengers but you now the air sickness Next big news in the world a synthetic biology a field that we talked about a few weeks ago this week SynBio saw maybe it’s biggest advance yet, with news that synthetic alternatives to DNA and RNA can not only replicate but also adapt overtime. These man-made alternatives called xenonucleic acids XNA’s have been around for a few years, the ones that were talking about have the same genetic code is DNA with the bases A G T and C but the sugars that make up the backbones are different and they actually make XNA’s structurally stronger than DNA. The first breakthrough came last week when an international team of chemists said that they created enzymes that replicate XNA molecules just like the enzymes that replicate DNA.

The team put these polymers enzymes to work copying DNA into XNA and then use them to copy the XNA’s back over and over This kind of replication is exactly what polymerases are doing with DNA in your cells right now but it’s never been done with anything other than DNA or RNA in like the history of the world. In another, possibly even cooler experiment, the scientist tested whether XNA’s could adapt under pressure in this case they wanted to see if random sequences of an XNA molecule could evolve to bind to two specific target proteins, they used their new enzymes to produce batches of XNA segments and then selected the ones that found their target successfully, those segments were then replicated by the new enzymes and the new copies were put to the same task. After eight generations the resulting XNA sequences had essentially been bred to bind perfectly with the proteins much like we breed animals and plants.

Sex good, anxiety bad. As for religion let me be the one to tell you, you don’t have a god spot that’s the term some researchers have been using to describe a hypothetical region of the brain supposedly associated with spirituality, but research at the University of Missouri has confirmed earlier studies that say that no such spot exists instead spirituality is just something that your whole brain does together. Still some regions of the brain contribute to this more than others.

Lead scientist Brick Johnstone, what an amazing name anyway he studied 20 people with severe injuries to the right parietal lobe that’s the area just above your right ear that’s responsible for things like spatial relationships and self-awareness He found that subjects with the most severe injuries there, felt most associated with and closest to a higher power. This kind of makes sense because the whole right side your brain tends to be dedicated to you and for looking out for yourself.

And a lot of research has found that monks and nuns and the like tend to use that self centered part of their brains a lot less. The main thing is; there’s no like structural part of the brain that’s responsible for religion and spirituality. Thanks for watching this episode of scishow news, if you want more news and other science stuff or to be a smarter person you can go to youtube.com/scishow and subscribe And if you have questions or suggestions for us. You can reach us on Facebook or Twitter or of course in the comments below. We’ll see you next time. 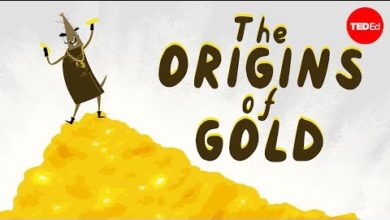 Where does gold come from? 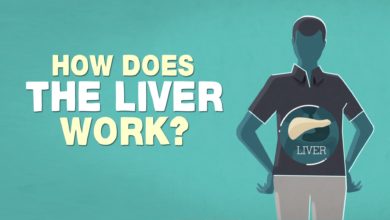 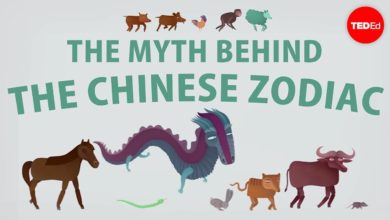 The myth behind the Chinese zodiac 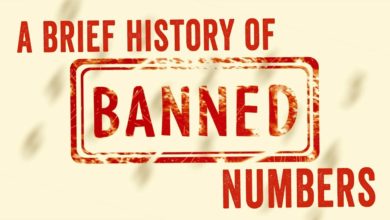 A brief history of banned numbers