Sight words are words that are important and frequently used in the English language. It is expected of young kids treading into the language to know some sight words before they start a more comprehensive study of the subject. Their common usage in our everyday life makes them easy to learn for kids. The flashcards given below can help greatly with your child learning these words as well as retaining them. Some sight words are explained below with example sentences. 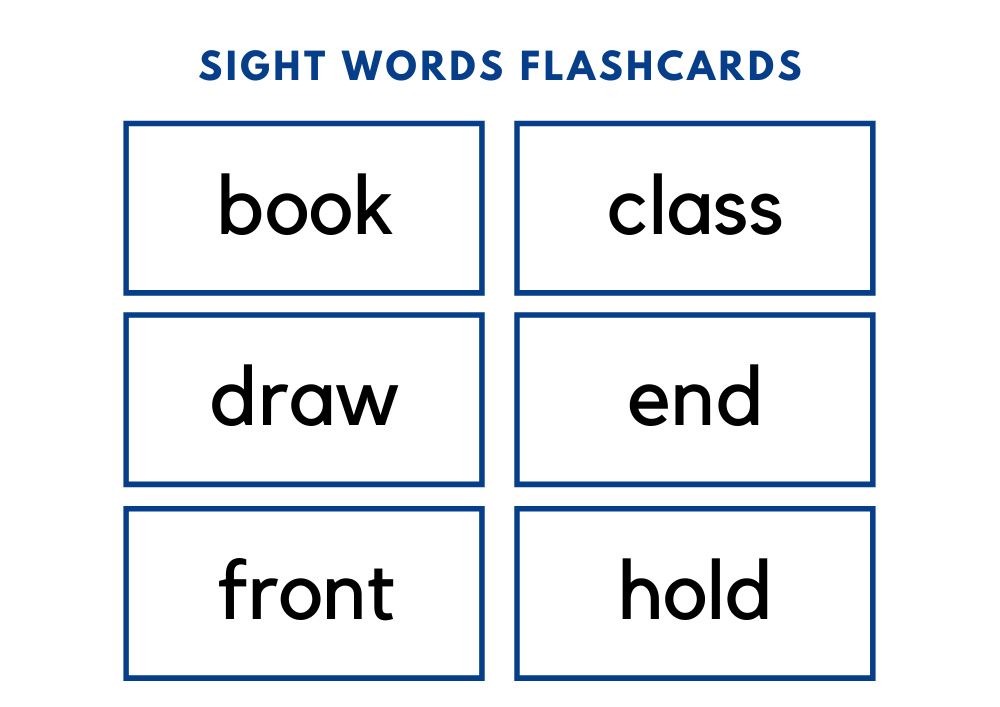 Book: It is a noun which means “a collection of printed or handwritten papers bound together: Eg: Give me my English book.

It can also be used as a verb meaning “reserve”. Eg: Can you book a table at the stake house around 7 PM tomorrow?

Class: It can be used as a noun or a verb which means “categorization” or “grouping”. Eg: Mandhana belongs to the best class of batters that there is.

Draw: It is used as a verb that means “to make pictures”. Eg: The teacher asked the class to draw a picture of an elephant.

End: It can be used as a noun as well as a verb that means “to finish”. Eg: Cinderella marries her Prince Charming by the end of the movie.

Front: It can be used as a noun and adjective which means “first” or “foremost”. Eg: The front door is open.

Hold: It can be used both as a noun and a verb which means “grasp” or “grip”. Eg: I asked Erica to hold my books while I tied my shoelaces. 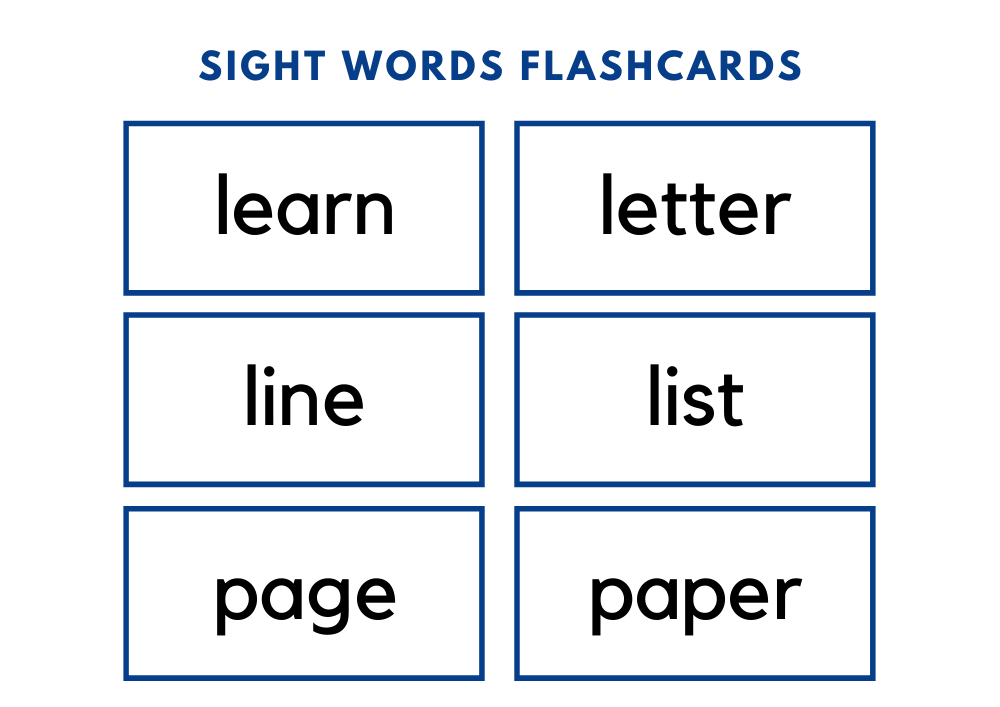 Learn: It is a verb that means “to know something new by being taught”. Eg: You need to learn good manners from your older sister.

Letter: It is a noun used to refer to a piece of paper used to convey information from its sender to its receiver. Eg: I just received my appointment letter.

Line: It’s a noun that means “queue” but can also mean “sentence”. Eg: i) There is a long line of people in front of the ticket counter.

ii) The Principal’s speech included a line from Tagore’s poem.

List: It is a noun that means “a series of items written one after another”. Eg: My mother gave the grocery list to the shopkeeper.

Page: It is a noun that means a “sheet of paper” typically in a book or copy. Eg: The teacher asked us to read from the first page of Chapter Six.

Paper: It’s a noun that means “a flat object made out of wood pulp on which one can write”. Eg: I needed two extra sheets of paper to write during the test. 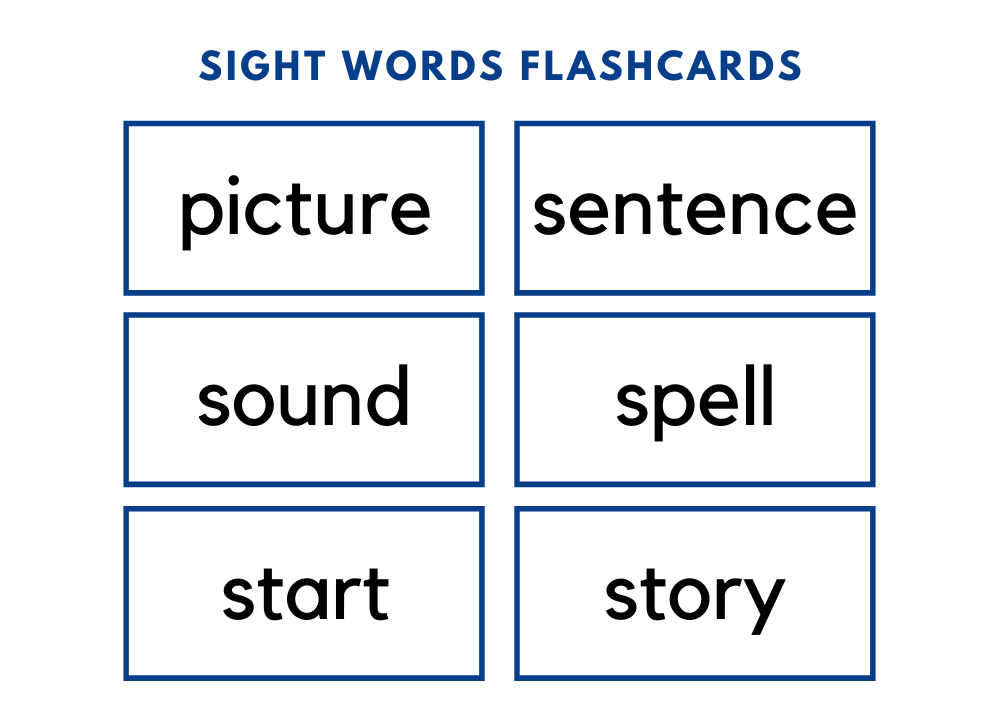 Picture: It is a noun which either means “a photograph” or “a drawing”. Eg: I have only ever seen pictures of my grandfather before.

Sentence: It is defined as a string of words, arranged in a grammatically correct way that expresses a full thought of its speaker or writer. Eg: Every sentence has a subject and a predicate.

Sound: It is a noun that means “vibrations in the air that make a noise that can be heard”. Eg: I heard a sound coming from downstairs in the middle of the night.

Spell: It is a verb that means “to use letters to form a word”. Eg: My name is Anne and I spell it with an ‘E’.

Start: It can verb used as a noun and a verb, and it means “to begin” or to “the beginning”, depending on context. Eg: The match is due to start in an hour.

Story: It is a noun that means “an imaginary or real account of events”. Eg: Enid Blyton has written a few of the most popular storybooks in the world. 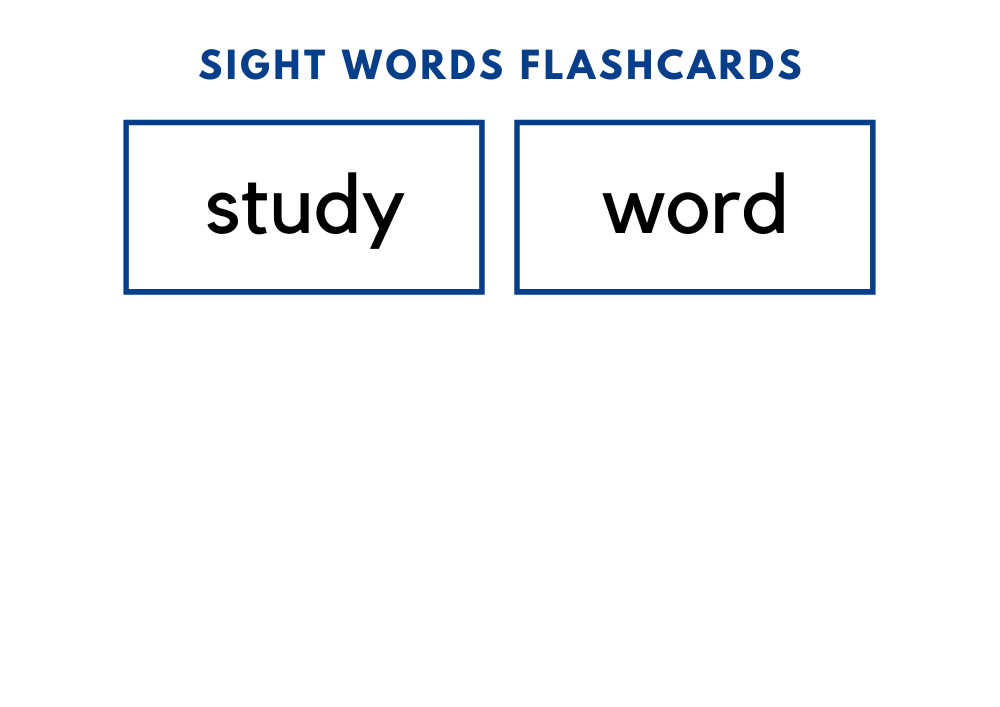 Study: It is a verb that means to “learn” or “observe closely”. Eg: It is better to study by understanding the topics than by mugging up.

Word: It is a noun that means “a single meaningful element of speech”. Eg: ‘Mamma” was the first-ever word that my little sister spoke.

Download and print these flashcards to help your child learn these sight words and retain the knowledge for a lifetime. 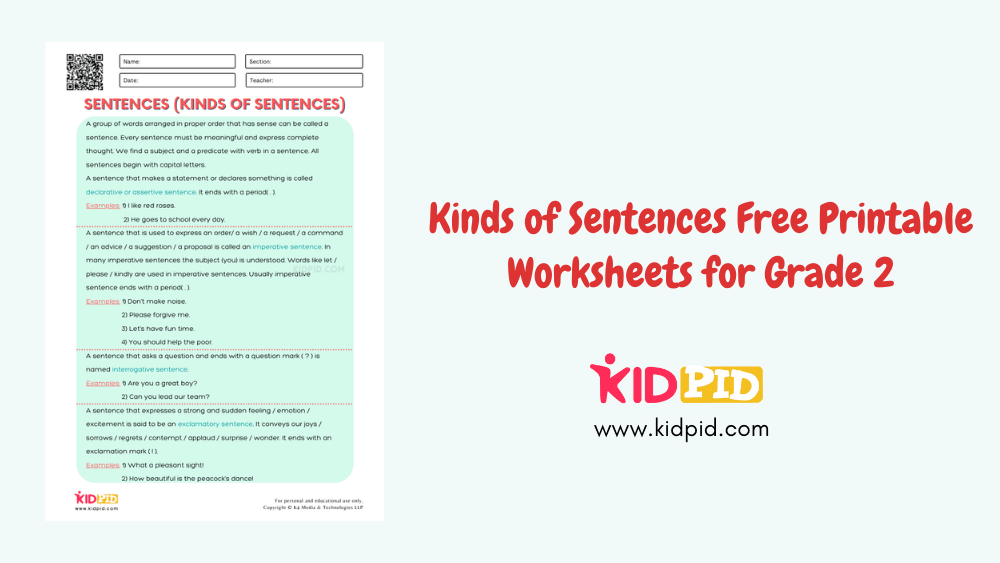 To display or write what the people want to communicate, sometimes different kinds of sentences are used. There are basically three types of sentences: Declarative,… 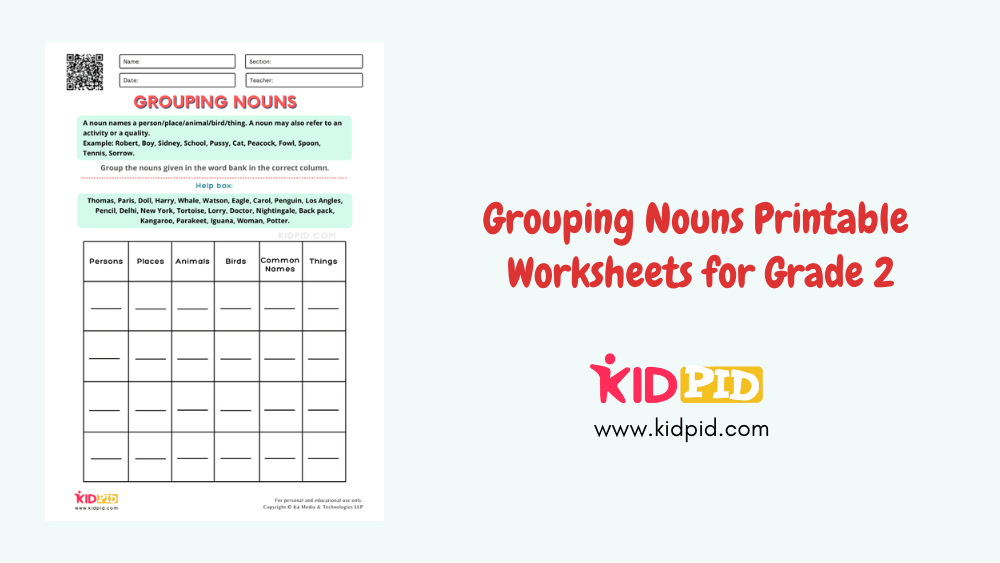 To learn how to write correctly and speak fluently it is essential for one to master the grammar of the language. In the English language,…