Imagine as a thought experiment that you live in a small village and depend on the local fish pond for food. You share the pond with three other villagers. The pond starts off with a dozen fish, and the fish reproduce. For every two fish, there will be one baby added each night.

So, in order to maximize your supply of food, how many fish should you catch each day? Take a moment to think about it. Assume baby fish grow to full size immediately and that the pond begins at full capacity, and ignore factors like the sex of the fish you catch. The answer? One, and it’s not just you. The best way to maximize every villager’s food supply is for each fisherman to take just one fish each day. Here’s how the math works. If each villager takes one fish, there will be eight fish left over night.

Each pair of fish produces one baby, and the next day, the pond will be fully restocked with twelve fish. If anyone takes more than one, the number of reproductive pairs drops, and the population won’t be able to bounce back. Eventually, the fish in the lake will be gone, leaving all four villagers to starve.

This fish pond is just one example of a classic problem called the tragedy of the commons. The phenomenon was first described in a pamphlet by economist William Forster Lloyd in 1833 in a discussion of the overgrazing of cattle on village common areas. More than 100 years later, ecologist Garrett Hardin revived the concept to describe what happens when many individuals all share a limited resource, like grazing land, fishing areas, living space, even clean air.

Hardin argued that these situations pit short-term self-interest against the common good, and they end badly for everyone, resulting in overgrazing, overfishing, overpopulation, pollution, and other social and environmental problems. The key feature of a tragedy of the commons is that it provides an opportunity for an individual to benefit him or herself while spreading out any negative effects across the larger population.

To see what that means, let’s revisit our fish pond. Each individual fisherman is motivated to take as many fish as he can for himself. Meanwhile, any decline in fish reproduction is shared by the entire village. Anxious to avoid losing out to his neighbors, a fisherman will conclude that it’s in his best interest to take an extra fish, or two, or three. Unfortunately, this is the same conclusion reached by the other fisherman, and that’s the tragedy. Optimizing for the self in the short term isn’t optimal for anyone in the long term.

That’s a simplified example, but the tragedy of the commons plays out in the more complex systems of real life, too. The overuse of antibiotics has led to short-term gains in livestock production and in treating common illnesses, but it’s also resulted in the evolution of antibiotic-resistant bacteria, which threaten the entire population.

A coal-fired power plant produces cheap electricity for its customers and profits for its owners. These local benefits are helpful in the short term, but pollution from mining and burning coal is spread across the entire atmosphere and sticks around for thousands of years. There are other examples, too. Littering, water shortages, deforestation, traffic jams, even the purchase of bottled water.

But human civilization has proven it’s capable of doing something remarkable. We form social contracts, we make communal agreements, we elect governments, and we pass laws. All this to save our collective selves from our own individual impulses. It isn’t easy, and we certainly don’t get it right nearly all of the time. But humans at our best have shown that we can solve these problems and we can continue to do so if we remember Hardin’s lesson. When the tragedy of the commons applies, what’s good for all of us is good for each of us.

Why do you need to get a flu shot every year? 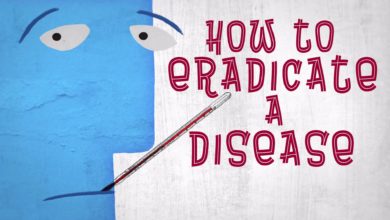 Learning from smallpox: How to eradicate a disease 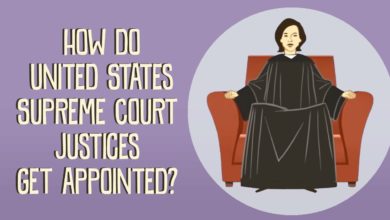 How do US Supreme Court justices get appointed?

The Amazing Science of… Dust? 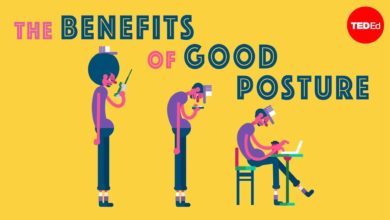 The benefits of good posture