In 1796, Thomas Jefferson received a box of bones he couldn’t identify. A long, sharp claw reminded him of a lion, but the arm bones suggested a larger animal, one about three meters long. Thinking it might be huge unknown species of North American lion, Jefferson warned explorers Lewis and Clark to keep an eye out for this mysterious predator. But Jefferson’s box of bones didn’t come from a lion.

They came from an extinct giant sloth. Prehistoric ground sloths first appeared around 35 million years ago. Dozens of species lived across North, Central and South America, alongside other ancient creatures like mastodons and giant armadillos. Some ground sloths, like the megalonychid, were cat-sized, but many were massive. Jefferson’s sloth, Megalonyx, weighed about a ton, and that was small compared to megatherium, which could reach six metric tons, as much as an elephant.

They ambled through the forests and savannas using their strong arms and sharp claws to uproot plants and climb trees, grazing on grasses, leaves, and prehistoric avocados. In fact, we might not have avocados today if not for the giant sloths. Smaller animals couldn’t swallow the avocado’s huge seed, but the sloths could, and they spread avocado trees far and wide. Ground sloths flourished for millions of years, but around 10,000 years ago, they started disappearing along with the Western Hemisphere’s other giant mammals. Researchers think that ground sloths could have been pushed out by an oncoming ice age, or competition with other species, maybe humans, who arrived in the region around the time most of the sloths went extinct.

Some of the smaller sloths did survive and migrated to the treetops. Today, there are six species left living in the rainforest canopies of Central and South America. Hanging out in the trees is a good way to avoid predators, and there are plenty of leaves to eat. But this diet has its drawbacks. Animals extract energy from food and use that energy to move around, maintain their body temperature, keep their organs working, and all the other activities necessary for survival.

But leaves don’t contain much energy, and that which they do have is tough to extract. Most herbivores supplement a leafy diet with higher energy foods like fruit and seeds. But sloths, especially three-toed sloths, rely on leaves almost exclusively. They’ve evolved finely tuned strategies for coping with this restricted diet. First, they extract as much energy from their food as possible. Sloths have a multi-chambered stomach that takes up a third of their body, and depending on the species, they can spend five to seven days, or even weeks, processing a meal. The other piece of the puzzle is to use as little energy as possible.

One way sloths do this is, of course, by not moving very much. They spend most of their time eating, resting, or sleeping. They descend from the canopy just once a week for a bathroom break. When sloths do move, it’s not very fast. It would take a sloth about five minutes to cross an average neighborhood street. This unhurried approach to life means that sloths don’t need very much muscle.

In fact, they have about 30% less muscle mass than other animals their size. Sloths also use less energy to keep themselves warm because their body temperature can fluctuate by about five degrees Celsius, less than a cold-blooded reptile, but more than most mammals. These physical and behavioral adaptations minimize the sloth’s energy expenditure, or metabolic rate.

Three-toed sloths have the slowest metabolism of any mammal. The giant panda is second slowest, and two-toed sloths come in third. Moving slowly has allowed sloths to thrive in their treetop habitat. But it’s also made the sloths themselves a great habitat for other organisms, including algae, which provides a little extra camouflage, and maybe even a snack. Sloths may not be giant anymore, but that doesn’t make them any less remarkable.

The evolution of animal genitalia 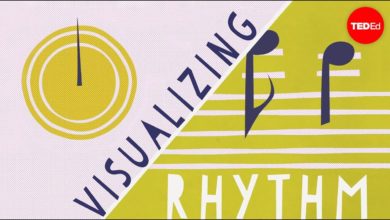 A different way to visualize rhythm 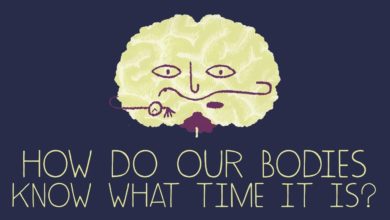 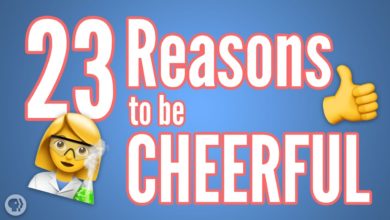 23 Reasons to be Cheerful (Thanks to Science!)

Plato’s Allegory of the Cave