When you picture a spaceship, you probably think of something like this, or this, or maybe this. What do they all have in common? Among other things, they’re huge because they have to carry people, fuel, and all sorts of supplies, scientific instruments, and, in rare cases, planet-killing lasers. But the next real-world generation of spacecraft may be much, much smaller. We’re talking fit-inside-your-pocket tiny. Imagine sending a swarm of these microspacecraft out into the galaxy. They could explore distant stars and planets by carrying sophisticated electronic sensors that would measure everything from temperature to cosmic rays.

You could deploy thousands of them for the cost of a single space shuttle mission, exponentially increasing the amount of data we could collect about the universe. And they’re individually expendable, meaning that we could send them into environments that are too risky for a billion dollar rocket or probe. Several hundred small spacecraft are already orbiting the Earth, taking pictures of outer space, and collecting data on things, like the behavior of bacteria in the Earth’s atmosphere and magnetic signals that could help predict earthquakes. But imagine how much more we could learn if they could fly beyond Earth’s orbit.

That’s exactly what organizations, like NASA, want to do: send microspacecraft to scout habitable planets and describe astronomical phenomena we can’t study from Earth. But something so small can’t carry a large engine or tons of fuel, so how would such a vessel propel itself? For microspacecraft, it turns out, you need micropropulsion. On really small scales, some of the familiar rules of physics don’t apply, in particular, everyday Newtonian mechanics break down, and forces that are normally negligible become powerful.

Those forces include surface tension and capillary action, the phenomena that govern other small things. Micropropulsion systems can harness these forces to power spacecraft. One example of how this might work is called microfluidic electrospray propulsion. It’s a type of ion thruster, which means that it shoots out charged particles to generate momentum. One model being developed at NASA’s jet propulsion laboratory is only a couple centimeters on each side. Here’s how it works. That postage-stamp sized metal plate is studded with a hundred skinny needles and coated with a metal that has a low melting point, like indium.

A metal grid sits above the needles, and an electric field is set up between the grid and the plate. When the plate is heated, the indium melts and capillary action draws the liquid metal up the needles. The electric field tugs the molten metal upwards, while surface tension pulls it back, causing the indium to deform into a cone. The small radius of the tips of the needles makes it possible for the electric field to overcome the surface tension, and when that happens, positively charged ions shoot off at speeds of tens of kilometers per second.

That stream of ions propels the spacecraft in the opposite direction, thanks to Newton’s third law. And while each ion is an extremely small particle, the combined force of so many of them pushing away from the craft is enough to generate significant acceleration. And unlike the exhaust that pours out of a rocket engine, this stream is much smaller and far more fuel efficient, which makes it better suited for long deep-space missions.

These micropropulsion systems haven’t been fully tested yet, but some scientists think that they will provide enough thrust to break small craft out of Earth’s orbit. In fact, they’re predicting that thousands of microspacecraft will be launched in the next ten years to gather data that today we can only dream about. And that is micro-rocket science. 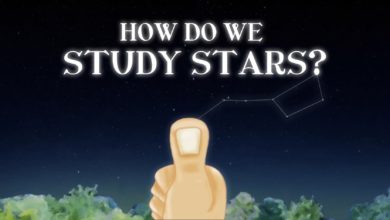 How do we study the stars? 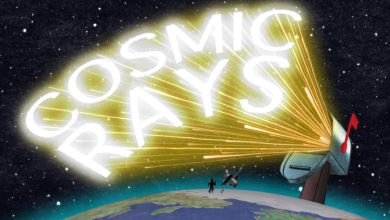 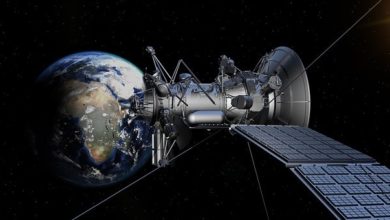 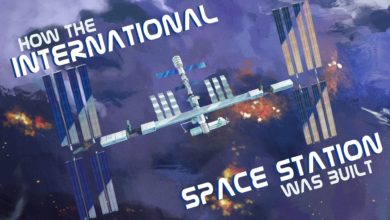 The incredible collaboration behind the International Space Station