Charles Darwin – The Theory of Evolution

Charles Darwin was a British naturalist who was born in the year of 1809. Darwin’s theory of evolution mainly contains 2 major ideas. The first one is that evolution occurs. He stated that organisms change over time in his 1st idea. They are the descendants that diverged from common ancestors in the past. The second is the Evolution occurs by natural selection. Natural selection is a process in which living things with beneficial traits produce more offspring than others. Darwin’s Theory of Evolution has built a great impact on the world and in the field of biology.

Developed by Charles Darwin, his theory of Evolution was published in his work the origin of species. It is a testable and observable fact.

Charles Darwin was an English naturalist and through this theory, he revolutionized biology. Today his theory is widely accepted despite some controversies. His theory is a testable and verifiable fact. 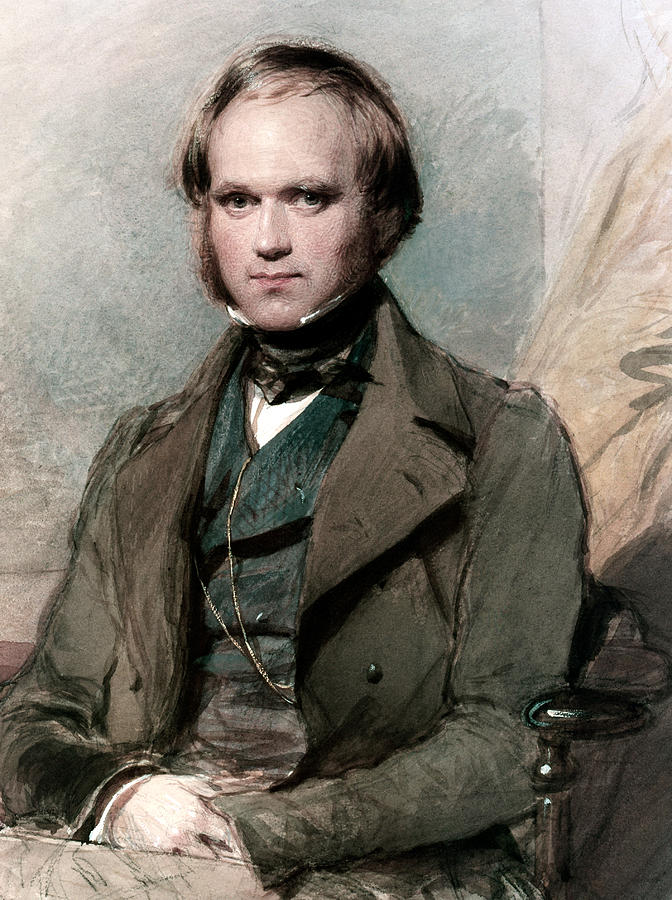 The first, that evolution occurs. He stated that organisms change over time. They are the descendents that diverged from common ancestors in the past.

In the early 1800s, most people believed that all species were created at the same time and remained unchanged after that. They also believed the earth to be only 6000 years old. At this time people were very religious and Darwin’s Theory went against religious beliefs which made it difficult for his theory to be accepted.

It all started when Darwin went on a voyage.

In 1831, when he was only 22 years old he set sail on a scientific expedition on the HMS Beagle. He was the naturalist on the voyage. So, it was his job to collect specimens of plants, animals, rocks and fossils wherever the expedition went ashore. He was fascinated by nature and this time on the Beagle was the most important time of his life.

He found that, creatures found on the islands were similar to ones on the mainland but appeared to be slightly different. It wasn’t until he reached home that he came to the conclusion that species are specially modified to their environment and that’s why they differ.

In Argentina, he found fossils of what looked like giant armadillos and giant sloths. Clearly they had existed at some point but not anymore. This finding made him suspect that they had changed over time.

Darwin had found around 15 different species of birds from the finch family when he was on the Galapagos Islands. He noticed that they were similar to other finches in lots of ways but their beaks were all different shapes.

He realised that the different beaks matched the type of food they ate on each island. Finch who ate insects had pointy and skinny beaks so that they could pick up the tiny insects. Those that ate hard fruits had sharp beaks so they could get through the skin. He decided that there was only one way that this could’ve happened. Birds must have adapted over time to their environment.

This realization led to the idea he called the ‘survival of the fittest’. He suggested that those animals best suited to their environment are more likely to survive and pass on their characteristics to their offspring. Over time, characteristics of the surviving species became dominant.

He developed 4 conditions explaining why this happens. Let us understand these conditions with the example of a giraffe.

The first, Individuals within a population differ. He said that features differ of the same animal. Some giraffes are born with long neck while others with a short neck.

The third, Some individuals are more successful at surviving and reproducing than others. The individuals that have characteristics that help them survive better than other individuals are more successful in surviving and reproducing. This different trait proves to be an advantage for them. Giraffes didn’t stretch in order to be able to reach the trees for food. They were born like that. Because of their long neck, they were able to get to the unattainable food which gave them an advantage over the others that had short necks.

The fourth, The successful individuals succeed because of variant, different traits they have inherited and will pass on to their offspring. The longer neck giraffes, since they had better nutrition, had better health than the others. They pass on this trait to their offspring. Since the long necks were more successful than short necks, more individuals in the species have long necks.

Let us take an example and apply all these conditions.

The peppered moth in the early 1800s were 98% light coloured and only 2% of the population was dark coloured.The light coloured peppered moths would get camouflaged and blend in with the trees as the trees were of a similar colour. The dark ones were easy to spot and eat as they could not camouflage with the trees. Then the industrial revolutioncame about and the trees turned black with soot.Now it became easy for the dark coloured ones to camouflage and the light coloured moths were easy prey to birds as they could no more survive. The dark coloured moth now being the fitter among the two survived and passed on this trait to its offspring.Thus through natural selection, the fittest survived in both conditions.

What about us humans?

Darwin went on to suggest that humans share a common ancestor with apes. However this went against traditional and religious beliefs, and so was debated a lot and wasn’t accepted.

Darwin’s Theory of Evolution has had a great impact on the world and in the field of biology. Today it is the best scientific explanation of how life on earth works.

However, though natural selection is important, it is not the only one through which evolution takes place.

The Theory of Evolution