How Submarines Float and Sink?

Submarine a special kind of vessel that can go underwater easily. Basically, they are used for military purpose, research work, for salvage etc. Submarines can float as well as sink easily. A submarine has huge ballasts tank, the air in them makes the submarine float and when it has to go underwater the ballasts tank is filled in with the sea water and when submarine has to come at the surface the water in the ballast tanks are pumped out. Like exactly a mug behaves in a tub full of water.

Submarines you must have seen this thing in movies, cartoons or in books. But I would like to show you one picture of a submarine; here below you can find a submarine image, how it looks like. 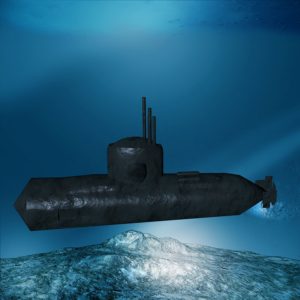 It’s so interesting that something so heavy like submarine can float underwater… when I were a kid I always tried to find an answer to this question. Did you try to find out the answer like me?

What is submarine exactly?

A submarine is a kind of special vessel or any large ship that can go underwater easily; these enormous vessels have large no. of the crew in it. It is used for traveling under the deep ocean. Through submarines, one can explore underwater wonderfully and can see many sea creatures there. But submarines are made to do a lot more than only staring at water animals. 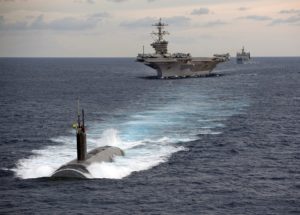 Where are submarines used or by whom?

Basically, submarines play a very significant role in country’s navy. Submarines are used for militaries, protecting aircraft carriers, carrying out various other tasks + kinds of weapons are placed inside it to save our nation at the time of war, for science and research works- marine research works, undersea exploration finding kind of species living in deep waters,  for tourisms- it’s a kind of adventure too, for salvage. Salvage means when any ship sinks and get lost underwater there submarines are used to recover lost items. Submarines can remain submerged under the sea for months at a time. It holds various equipment like radar; periscope and many other systems to keep it function better.

Why our military prefer submarine above over surface ships?

Surface ships large ships that float on the surface of the water not underwater, which carries passengers and cargos. Submarines and surface ships both are large, big and strong so why our military insists on using submarines more than surface ships? Because there are two big advantages like- submarines are harder to detect or search and harder to sink in comparison to surface ships. Submarines cannot be easily caught by enemies, we can see and save our country in a very better way by using submarines because it’s underwater so no one can see it from far and we can pose a threat to our enemy.

A submarine is so interesting and much more fun there is to see than surface ships, it goes underneath the waves and can make you feel like you are also one of those creatures who are living under water. It’s so beautiful.

When was the submarine first time built?

The first submarine was built in 1620 by Dutch Engineer Cornelis Jacobszoon Drebbel, under the support of James 1 of England.

Now come to the main question,

How submarines can float and sink?

Before going for the scientific explanation, I would like to illustrate an example that sets your mind in a better way to understand this whole process.

Activity- take an empty mug and turn it upside down; now push the mug inside a bucket which must be filled with water. There you have to apply some force to get it underwater but once you leave the mug it floats back to the top. The mug comes at the surface and floats like a ship because the air in it makes it lighter than water, that weight makes the mug float on the surface. See by yourself by doing above given activity you will understand 50% reason behind this sinking and floating thing immediately.

Now come back to the submarine,

Submarine body is like a sleek cigar shape that helps it moving underwater swiftly. In order for the submarine to dive, ballast tanks are flooded with sea waters that makes it heavy to float anymore on surface and results in sinking deep to the bottom due to the additional weight of waters in ballast.

You can understand it better with this activity: Make Your Own Submarine 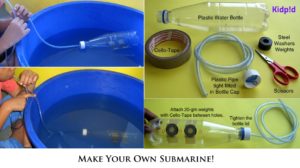 Submarines are very useful for military, it floats as well as sinks as and when required, it has super tanks that help it in floating and sinking beside it can’t get collapse in the water and it has periscope that is used by captain to see above waters where they are going, what is in front? or for many things. Surface ships are so different from submarines. Submarines are designed in the manner to go up and down underneath the waves but surface ships are forced to keep at surface or above on waters. 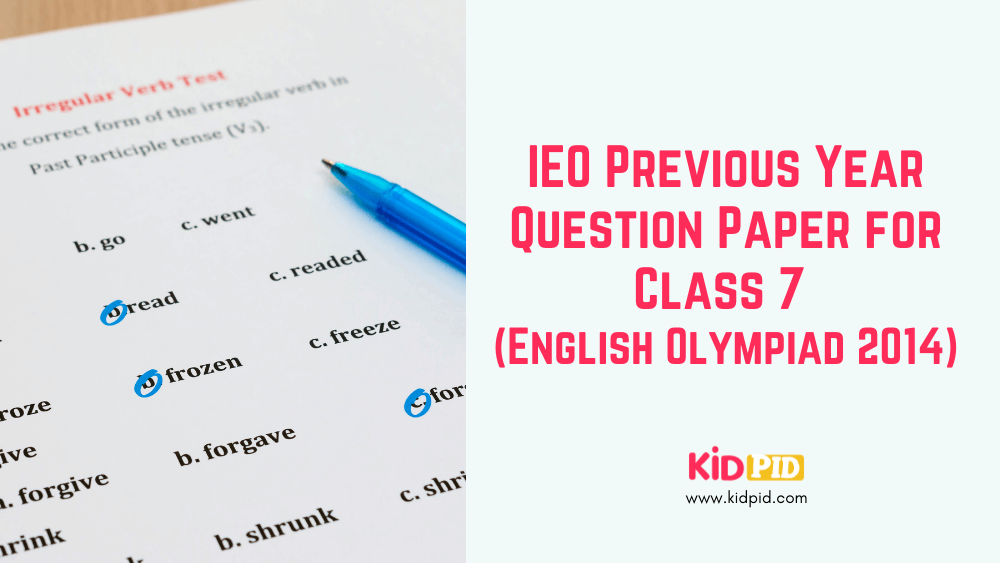