Who doesn’t want their children to learn and grow. Enhancing kids knowledge now has a easier way so much of creative and wonderful activities that kids will love. Given below is an interesting way to teach kids about things how will the kids know what a given thing or animal is called this worksheet is a must try this will surely help children to identify the things in day to day life that they encounter whether it’s a bag , ball or say any other thing.

Also the amazing part are the realistic pictures we all know that pictures captures children attention which will make them curious to learn also it will help them learn spellings which will automatically enhance their vocabulary now this is a great deal that sharpen both vocabulary as well as identifying skills.

Look at the pictures given below with words identify the picture and try to put the given words in a way that it will spell the name of the picture. Easy right yes it is. Now try these amazing worksheets with children hope it’ll be great fun.

Identify the object Worksheet for Kindergarten 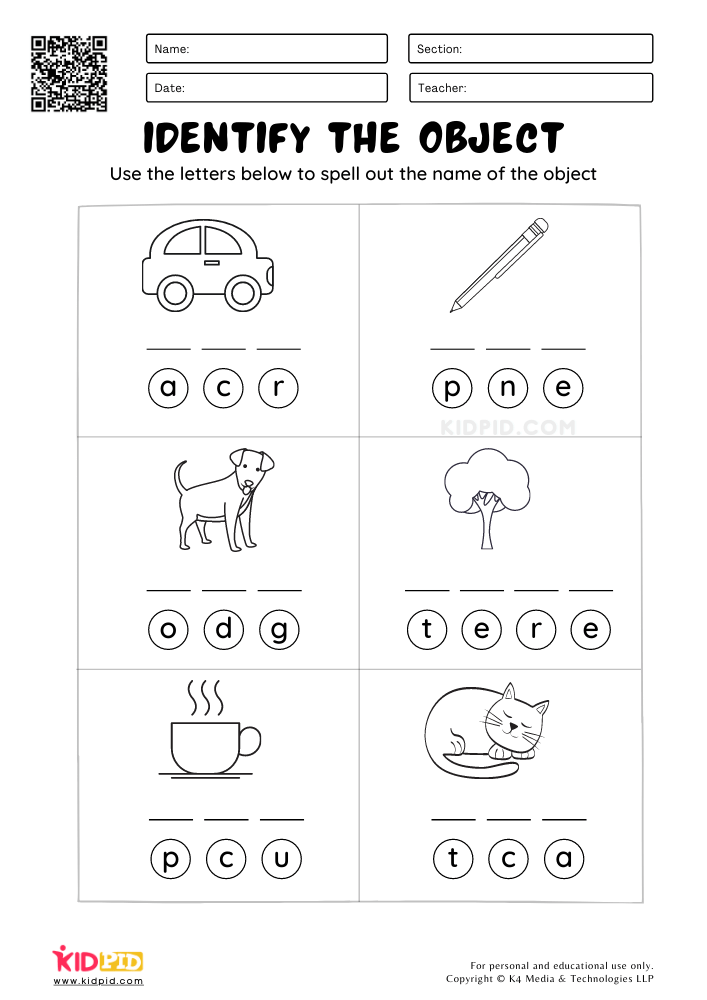 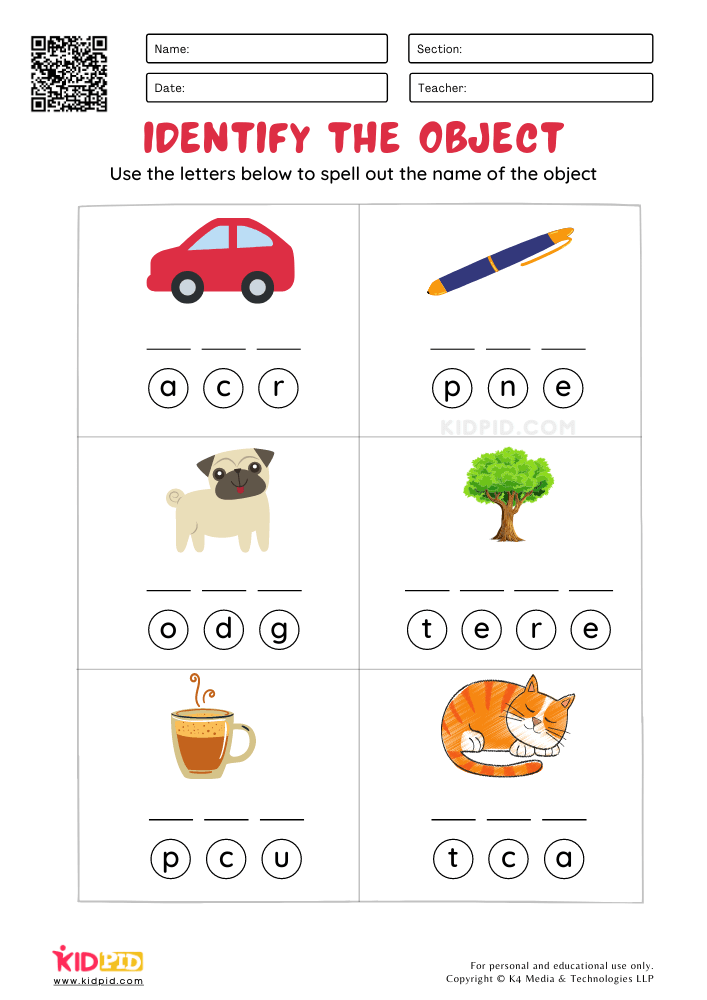 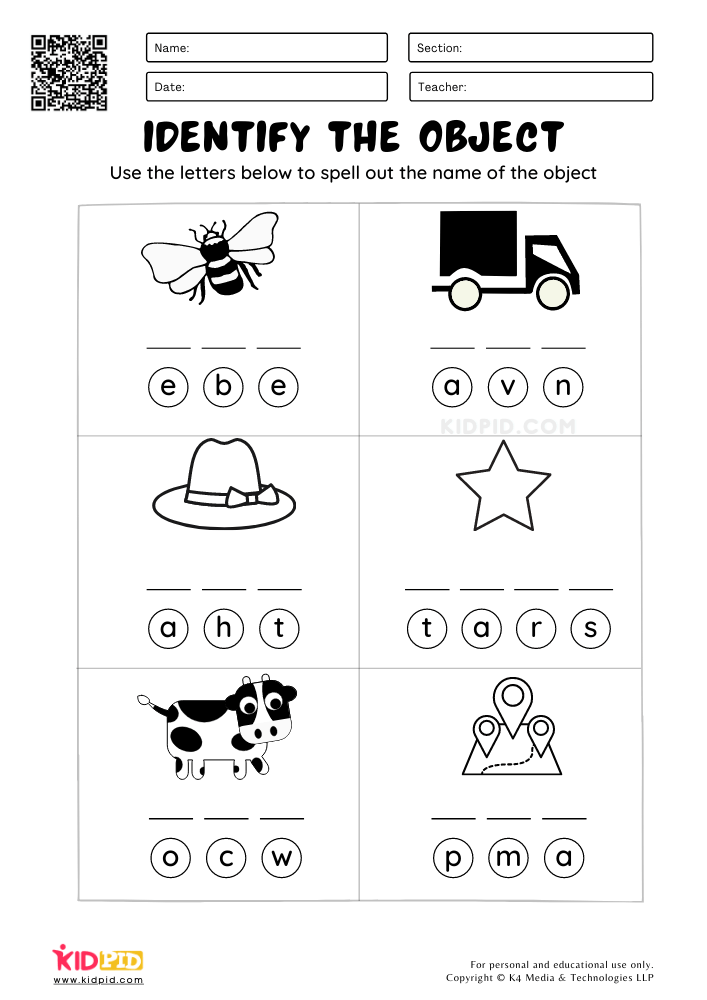 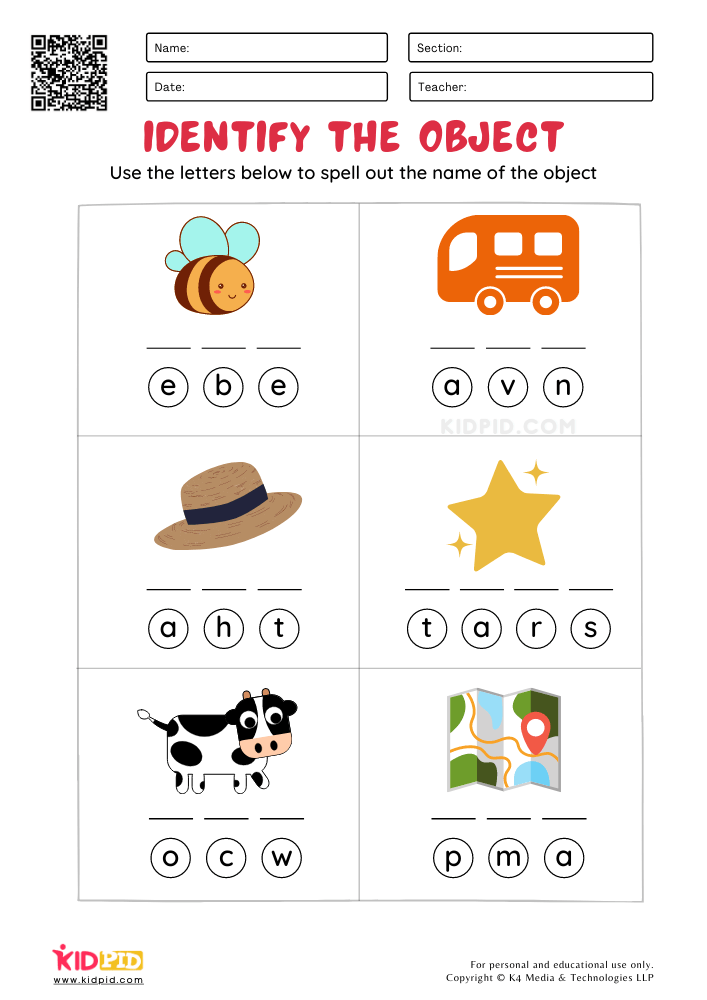 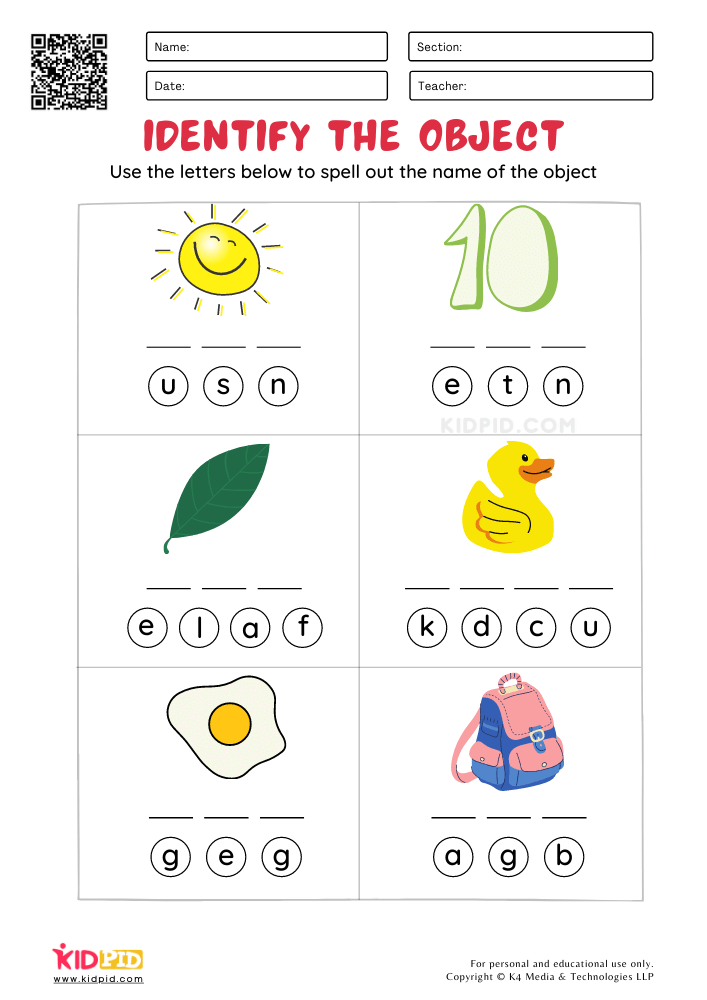 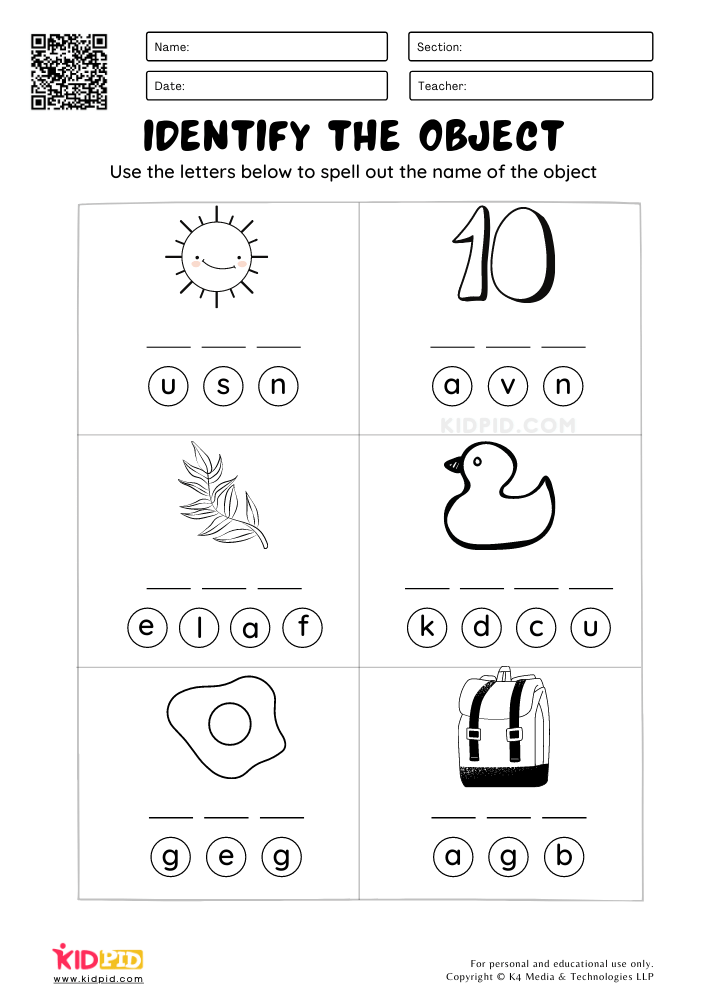 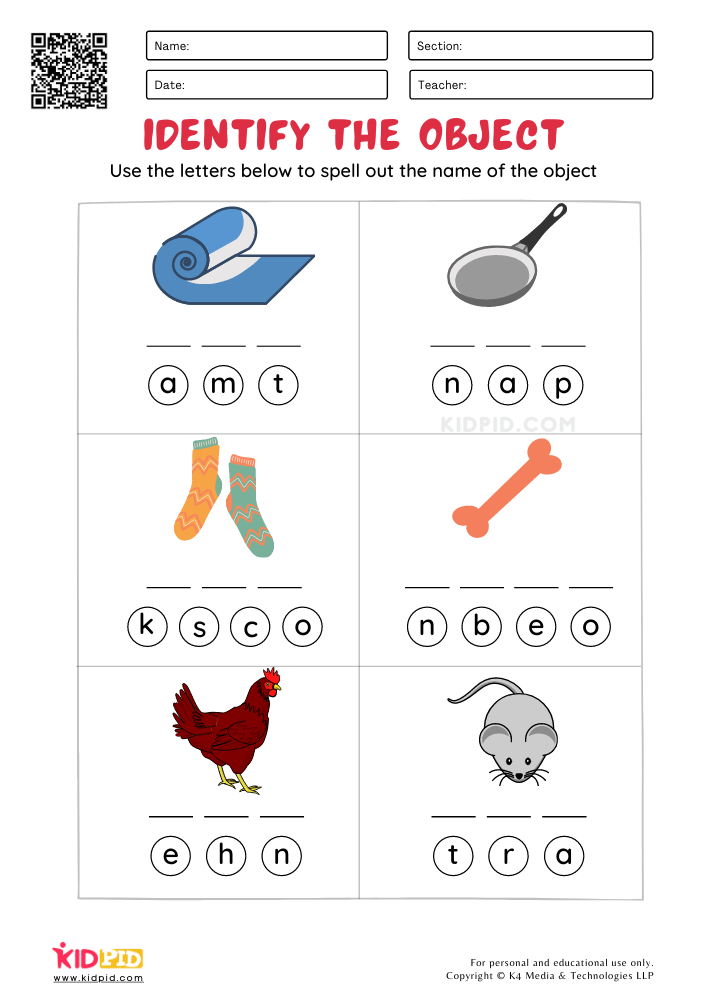 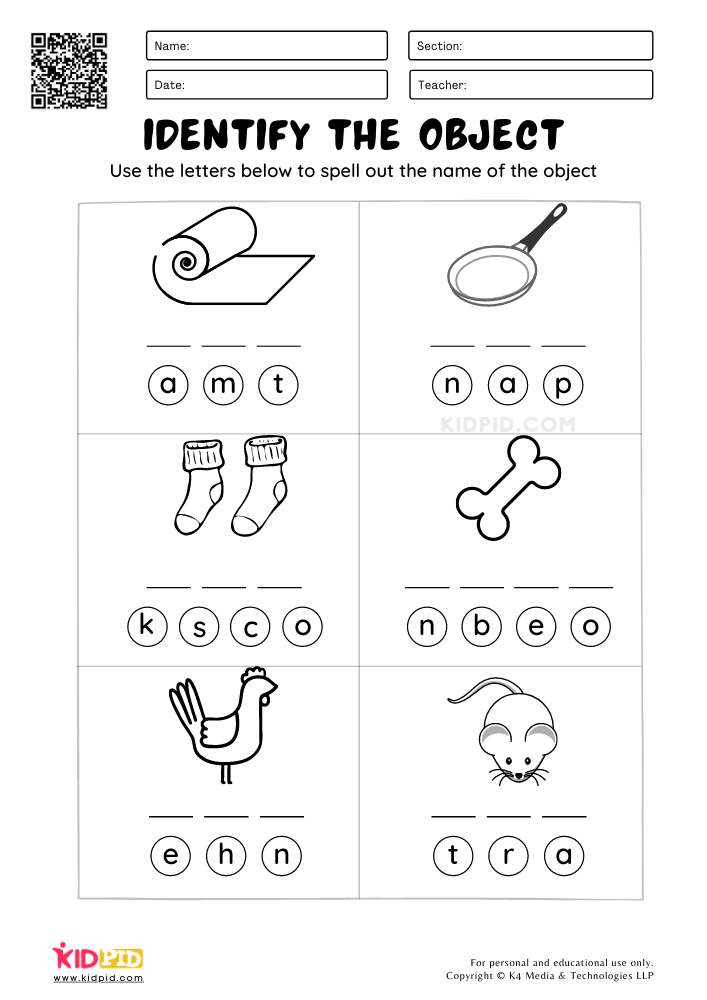 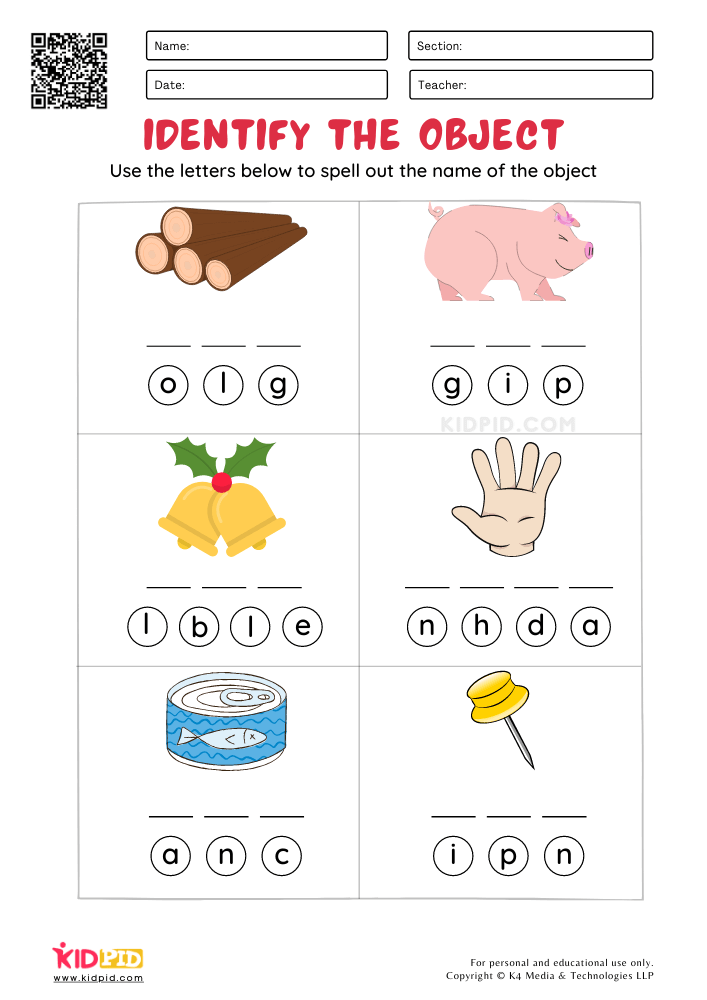 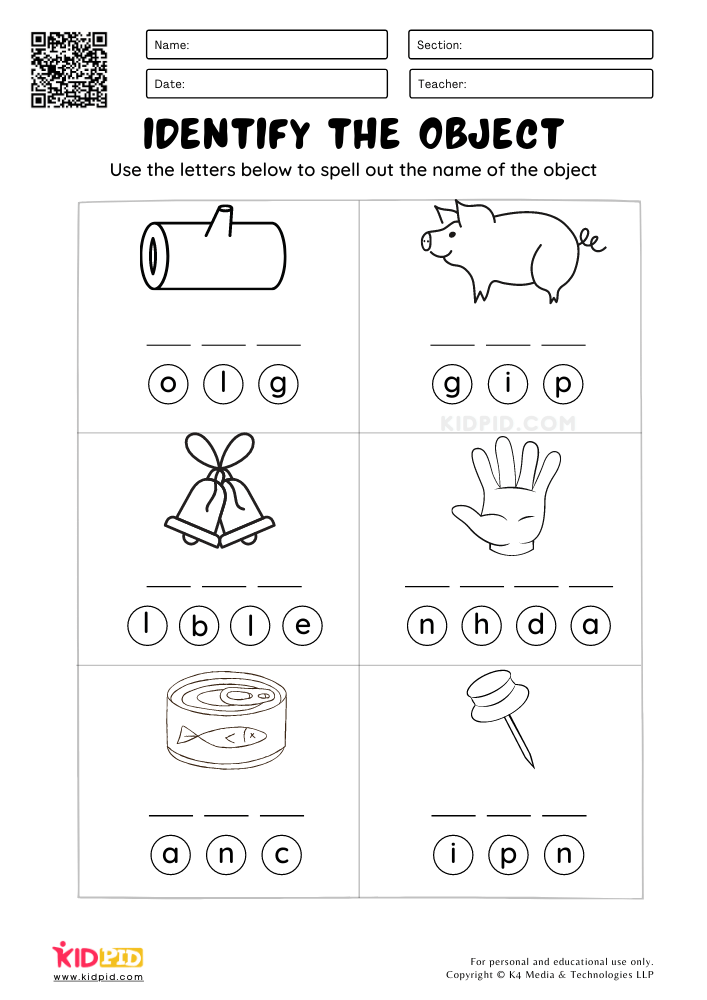 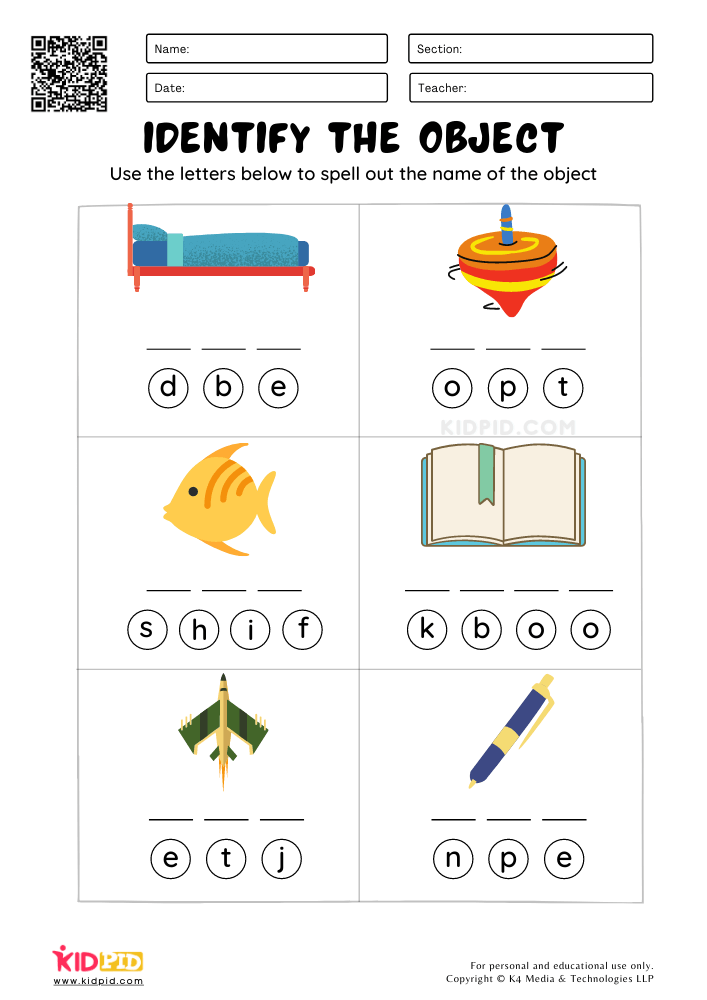 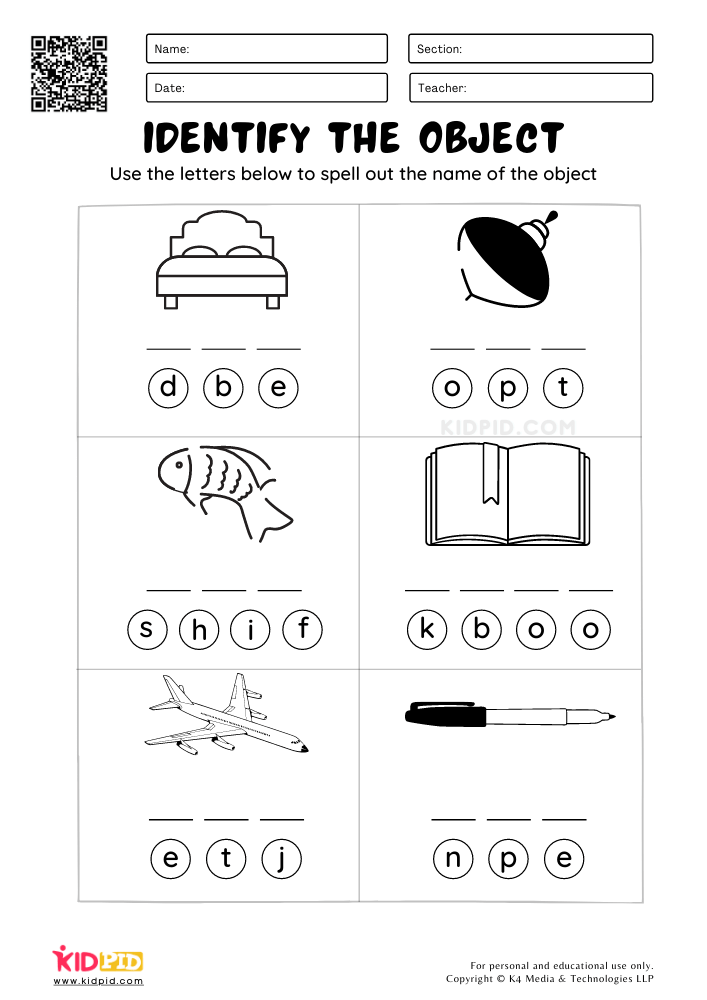 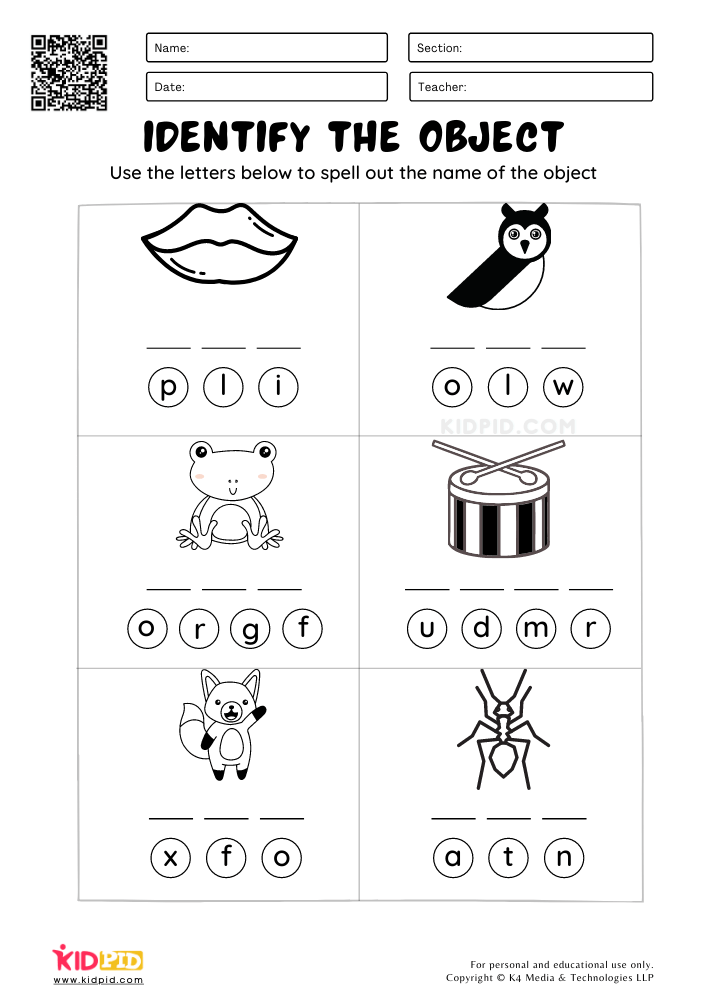 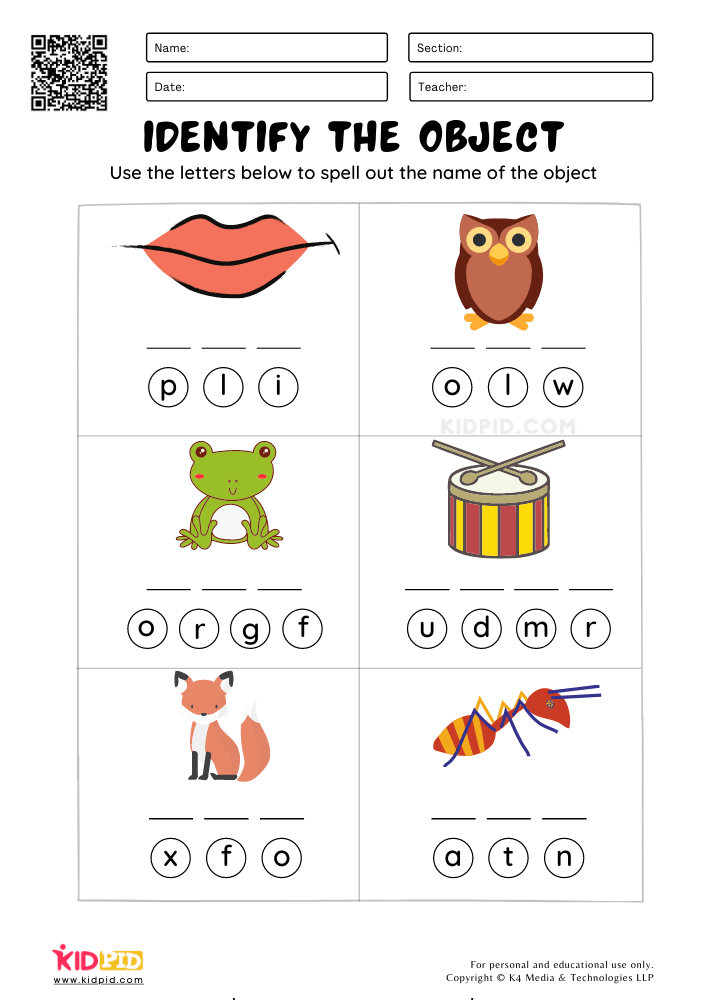