Do you know what is the most contrasting thing in our body?

Well, this huge body of ours, is actually made up of the most tiny units called cells.  These cells, also known as the fundamental unit of the body, join up to form our human body. They combine to form tissues, including muscles and nerves. Groups of tissues with the same function, working together, make  the organs of the body.

Every mechanism needs and has its own controlling unit, which govern it in all possible ways. For us humans, this deed is done by our brain. Every aspect of the body, even the most minute function is done through the brain. Aptly named as the control centre of the body, it is extremely important, and something without which the rest of our body could do nothing at all.

The brain consists of numerous nerves which work similarly as to wires of an electrical mechanism, and every work of the body is incomplete until he brain signals to it and allows to do it.

Have you ever wondered how are we able to speak?

Well, the crucial parts involved in the process of speaking are the mouth, the voice box and the vocal chords.

When the air inhaled from our breath passes over the larynx (or voice box), it makes the chords inside it wobble or vibrate. These vibrations create sounds, which allows us to speak.

A difference between plants and human beings is that while they take in carbon dioxide, and release oxygen in the environment; we humans just do the opposite.

When we breathe in, our lungs inhale in oxygen from the surrounding air; which is in turn released by the plants in our environment. And when we breathe out, we exhale out carbon-dioxide, which is useful for the plants.

Our heart is a pump that sends blood throughout the body in one direction. It beats day and night without ever stopping. It is primarily a flexible muscle, whose rhythmic movement helps circulation of blood in our body, as a result of which all the organs are able to function properly in the body.

The cardiac arteries helps to pump blood from the heart to the rest of the body, whereas the cardiac nerves brings back the used blood from all over to the body to the heart, which pumps it back in order to purify it and then re-circulates it back to the body.

The liver is like a mini-factory and is an extremely important organ involved in the process of digestion.

It takes in the food we eat, and segregates the good and useful parts of the food from the bad and un-required. It then sends the useful portions  to the correct parts of our body, where nutrients can be extracted for the smooth functioning of the body. On one hand while the nutrients and essential components are absorbed and utilized by our body, while on the other hand,  the toxins that are produced are  removed from the body.

The stomach is a large bag made of muscle. Placed centrally under the chest cavity, it is the first place and stage where food reaches in the process of digestion. The stomach has a chemical lining that produces Hydrochloric acid to help break down the food we have eaten into smaller easier substances; that can be easily digested by the body.

Our small intestine which is placed below in the abdominal part of the body, absorbs the good nutrients from our food and passes it onto our bloodstream so that it can be transported to the organs and tissues all over the body that requires it.

The complex arrangement of food, which is broken down into simpler substances by the HCl produced in the stomach, helps the intestine to absorb the nutrients from the food easily.

The last step of the digestion process comes here. Our bladder stores the urine, which contains the liquid waste our body needs to get rid of. It gets bigger as it fills up and when the amount crosses the maximum threshold, our brain sends us the signal to urinate.

On the other hand, all the unused and unrequired food substances which is not digested by the body is also released as faeces through the anus. 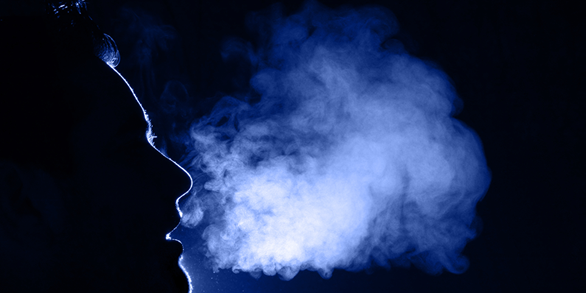 Why do we see our breath when it’s cold? Our lungs exchange gases like when we breathe inhaling oxygen and exhaling carbon dioxide. Our lungs are moist…