Why Can’t We Dig a Hole Through The Centre of the Earth?

There is something buried deep inside our planet and the same is stopping us from digging through it. There are multiple layers of the surface beneath the Earth- rocky crust on top. The soft, bendy mantle is next. The liquid outer core and finally the solid, super-hot inner core. If you could dig down to the center of the earth, you’d have to get through all four of these layers. Sad to say, but we won’t ever be able to dig all the way through our planet.

In this article, we will know about structure of the Earth and many other interested things.

Have you ever tried to dig a really deep hole? So deep that it could go all the way down to the centre of the earth and come out through the other side? That would be amazing! Why it’s pretty hard and lots of people have tried and failed. Sorry! But what is really underground is even cooler than what you might imagine.

Lets find out what is burried deep inside our planet and what is stopping us from digging through it. It has something to do with the multiple layers of surface beneath the earth and the scorching heat.

What is Earth Crust?

The earth is made up of layers, kind of like a cake, or better yet, an egg. You can think of the Earth’s top layer like being like the outer hard shell of an egg. This layer is called the crust. And it’s what you’re standing on right now. The crust covers all of earth’s surface. It includes huge soaring mountains, the rocks and dirt under our feet and even the land underneath the ocean.

Just like the shell of an egg, the crust is the thinnest layer. It is thicker in some places than the others but in general it is around 8 to 40 kilometres thick. Way thicker than you can ever hope to dig through.

Now have you ever cracked open an egg? The crust is kind of like that too. It’s brittle and breakable. That’s because the crust is solid. It can not slosh around like water or ooze like pudding. So sometimes when the crust moves, like in an earthquake, the crust breaks.

What is Earth mantle?

Now if we keep digging down, we’ll eventually hit the next layer called the mantle. What makes the mantle different from the crust?

Well, first of all, it is a lot hotter! And I don’t mean a summer day at the beach kind of hot. I’m talking SO hot, that even though this layer is made of rocks and minerals, those rocks actually melt. And since the mantle is made up of melted rocks this layer can move around and flow like hot tar, bendy and slow.

What is Earth Core?

And beneath the mantle, things get even hotter. This next layer down is between 4,000 and 6,000 degree Celsius. That’s just about as hot as the surface of the sun. This layer called the outer core, is so hot, that it is totally liquid, even though it is made up of rock. And at the very centre of the earth of the earth, there’s the inner core where again, its super hot! But even though its really, really hot all the way down there, the inner core is actually solid. It does not move or flow like the outer core. Why?

Because at the centre of the earth, the whole weight of the planet is pressing down on it from all sides. All of this weight pushes and pushes until the very hot liquid rock has to be solid again. You can think of the outer and inner core layers as the yolk of the egg since they’re in the middle.

Is It Impossible to Dig a Hole Through The Centre of the Earth?

So let’s review our tour of the inside of the earth. We have the brittle, rocky crust on top. The soft, bendy mantle is next. The liquid outer core and finally the solid, super-hot inner core. If you could dig down to the centre of the earth, you’d have to get through all four of these layers.

But based on what we’ve seen so far, do you think we can dig all the way to the centre of the earth?

But if you still think you can, let me tell you about the deepest hole ever made.

The very deepest that people have ever gotten to is in a mine in Russia. The hole that is dug there is 12 kilometres deep and took about 20 years of work to create. The engineers digging the hole had to stop because it just got too hot down there and their tools stopped working. And the funniest thing? At 12 kilometres deep, they weren’t even close to the bottom of the earth’s crust.

So I hate to break it to you, but we won’t ever be able to dig all the way through our planet. But hey, keep digging anyway, because there’s a lot more to explore beneath our feet. 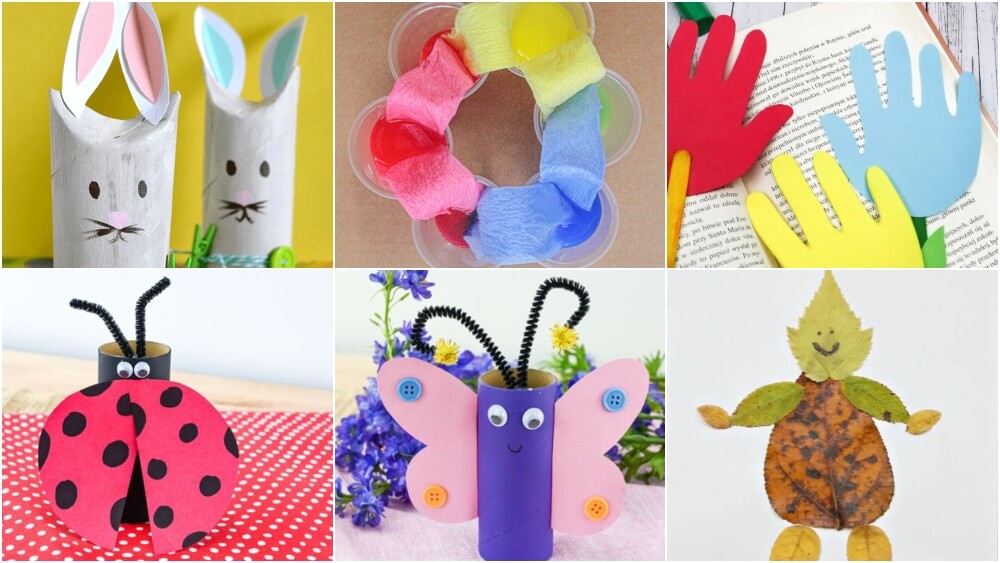 Are you a preschool or elementary teacher and looking for classroom crafts for kids? Well, then this article is made for you. We have 14…