Nostalgia is the state of being in an affectionate yearning or longing to return or relive the past events and beautiful memories. Each one of us must have passed through the phase of experiencing nostalgia when remembering moments of our childhood, the friendship we shared, the crazy ideas we tried to implement, fighting on silly matters, homesickness, and missing family and village on our stay in hostels. A lot more examples can be said but simply saying, nostalgia is anything that reminds you of events, places, or people and the memories attached in the past period.

Who coined the term “Nostalgia”?

The term “nostalgia” was coined by the Swiss physician, Johannes Hofer. He coined the term after encountering the sufferings and homesickness of Swiss mercenaries.

Interpretation of Nostalgia in the Past and Modern Times

In the historical records, nostalgia was considered as an “illness”. In 1688, Johannes Hofer used the term nostalgia due to the condition of “Swiss Homesickness” found in Swiss mercenaries who stayed away from home. This condition was considered an illness because of the symptoms like high fever, indigestion, stomach pain, fainting, and even death. Hofer used neurology to explain this “illness” He concluded it as a sort of distorted images in the area of the brain where the memories and moments get pictured. The affected brain part was occupied by demon and animal spirits transforming the person nostalgic.

As you can guess this proposition of getting affected by animal spirits is already outdated. But the reappearing of images in the mind at times surely have something to do with neurology and the brain.

According to the modern medical point of view, nostalgia is considered a psychological condition rather than the old view as a psychiatric disorder. In 1979, Fred Davis, a sociologist held a survey where he found out that the signs of nostalgia were common and experienced by almost everyone in one form or another. Thus, the new form of nostalgia was defined as the sentimental yearning of place, people, events, objects, or any memories related to the past. Nostalgia is different and distinct from homesickness.

Nostalgia, even though of mixed emotions, is considered nowadays in a positive light. The art and practice of nostalgia are now considered as a form of pleasant reminiscing of the past. 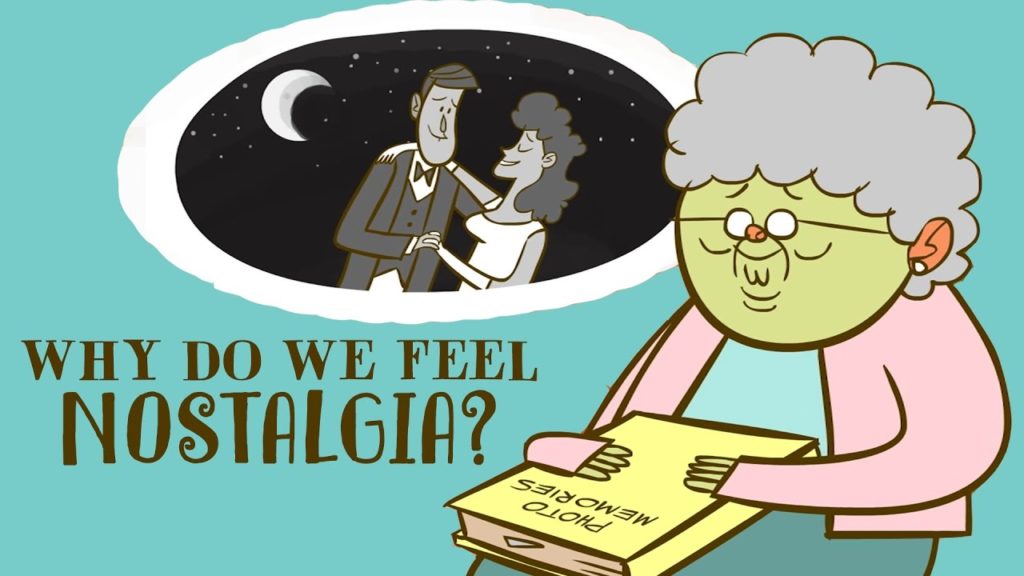