We already know that matter can exist generally in 3 stages, that is Solid, Liquid, and Gas. As matters can remain in one of these states, under certain circumstances, a matter can change its state from one state to another.

There are certain phenomenons that could force matters to change their state.

When solid turns into Liquid, the phenomena is called Melting. The temperature at which this phenomenon happens is known as the Melting point. 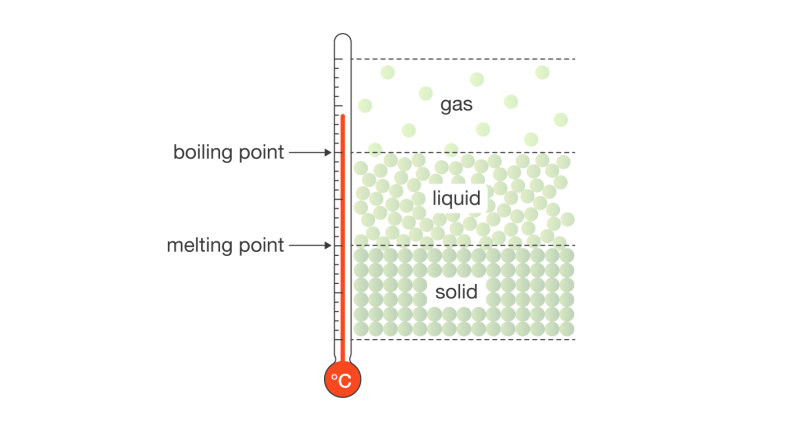 Now the question is how does this phenomenon happen.

With the increase in temperature, the energy of the molecules increases and they start moving faster. Once they have enough energy, they start to move more freely after breaking their rigid structure, and within some time, that solid becomes liquid.

FACT: The melting point of water is 32 degrees Fahrenheit or zero degrees Celcius.

When the opposite of melting happens, that is a Liquid turns into a solid, it is known as Freezing.

When Liquid turns into gas, the phenomenon is known as vaporization or boiling. At a certain temperature, the molecules of a matter which is in a liquid state get enough energy to break themselves free of their rigidness and move much freely and turn into a gaseous state. This process or phenomenon is called Boiling. The temperature at which this happens is known as the boiling point.

FACT: The boiling point of water is 212 degrees Fahrenheit or 100 degrees Celcius.

There is another phenomenon called Evaporation.

When the phenomenon of boiling happens only on the surface of the liquid, it is known as evaporation. Now evaporation does not necessarily need a high temperature for the change to happen. even after the overall temperature is comparatively low, the molecules which are in contact with air may have high energy. These molecules start turning into gas and the other molecules take place and after some time just in the same way, they turn into gas. This is how evaporation happens.