There is a difference between the construction of sentences when one speaks and when one writes or reads. Speaking comes naturally and sentences can end in the middle and with the correct expressions in the speaker’s voice, the contents are still very clearly understandable. But in the case of writing, a sentence has to be on point with punctuations and has to follow the rules of grammar.

It has to have a proper start and finish. And if it doesn’t, what you end up with is a fragment. It is just one portion of a sentence that fails to express any meaning due to being unfinished. The following printables give your 2nd Grader a better idea of this concept and help them perfect that understanding via practicing some exercises on these interactive worksheets.

Identify the Sentences and the Fragments – Worksheets 1 to 5 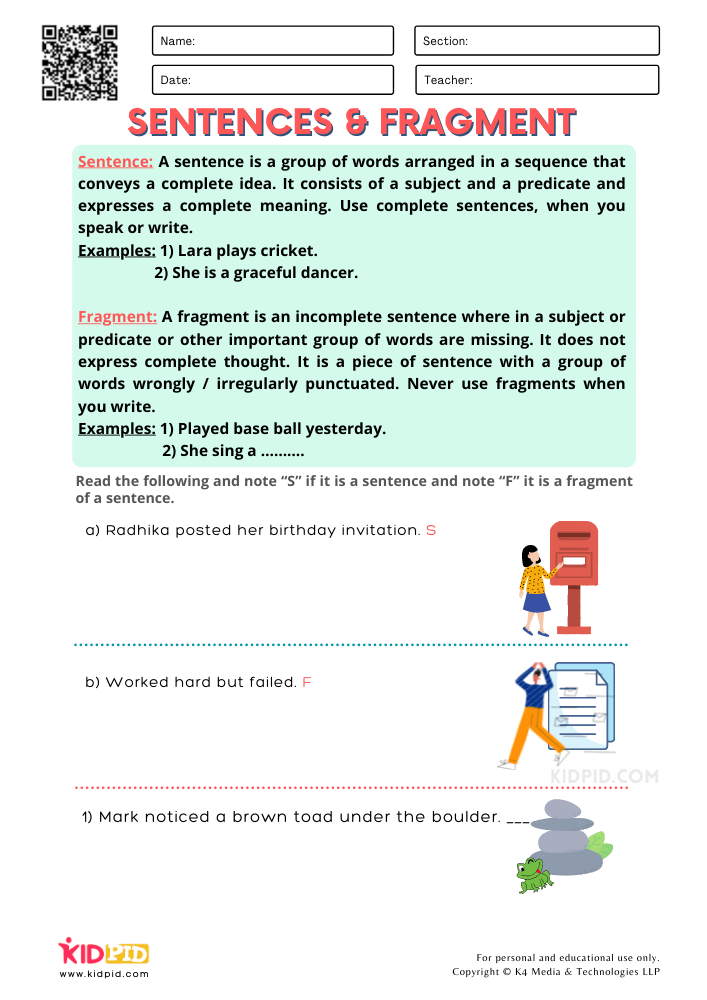 A sentence can be defined as a set of words placed one after another in a grammatically correct manner so that it expresses a thought in a complete and meaningful way. It usually has a subject, a predicate, and a verb. The subject is the primary person, place, or thing that is performing the action of the sentence. The subject is the doer of the action and what the sentence is about. The predicate is the description or information that the sentence is conveying about the subject. The verb can either be a ‘be verb’ that ties the sentence together or a ‘doing verb’ which is the action being done by/to the subject.

A fragment on the other hand is only a part of the sentence, which means either the subject, predicate or verb is missing. They are unfinished thoughts or only convey bits and pieces of information. After reading a fragment it leaves a bit of curiosity in the reader’s mind, they are left asking questions. For example, take a, which is a sentence. “Radhika posted her birthday invitation”. “Radhika” is the subject who is taking an action, “posted” is the verb being performed, and “her birthday invitation” is the predicate with which the subject is doing the action. It answers the following questions-

But as for b,” Worked hard but failed”, which is a fragment-

It leaves questions such as “Who worked hard?” And the fragment doesn’t give us enough information to answer it. 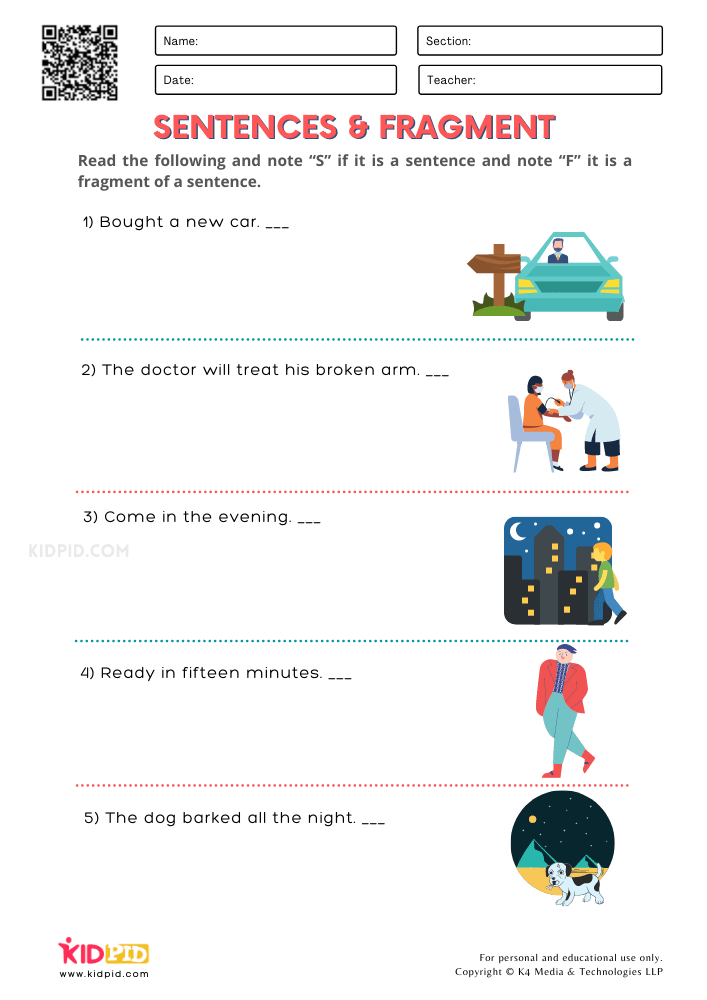 How to use this set of 5 printable worksheets-

Each worksheet has 5 lines written on them. Each line is either a sentence or a fragment. The child is supposed to match each line with the criterion given above and determine which line falls under which category. After deciding on an answer, mark every line they think is a sentence with an ‘S’ and every line they think is a fragment with an ‘F’. 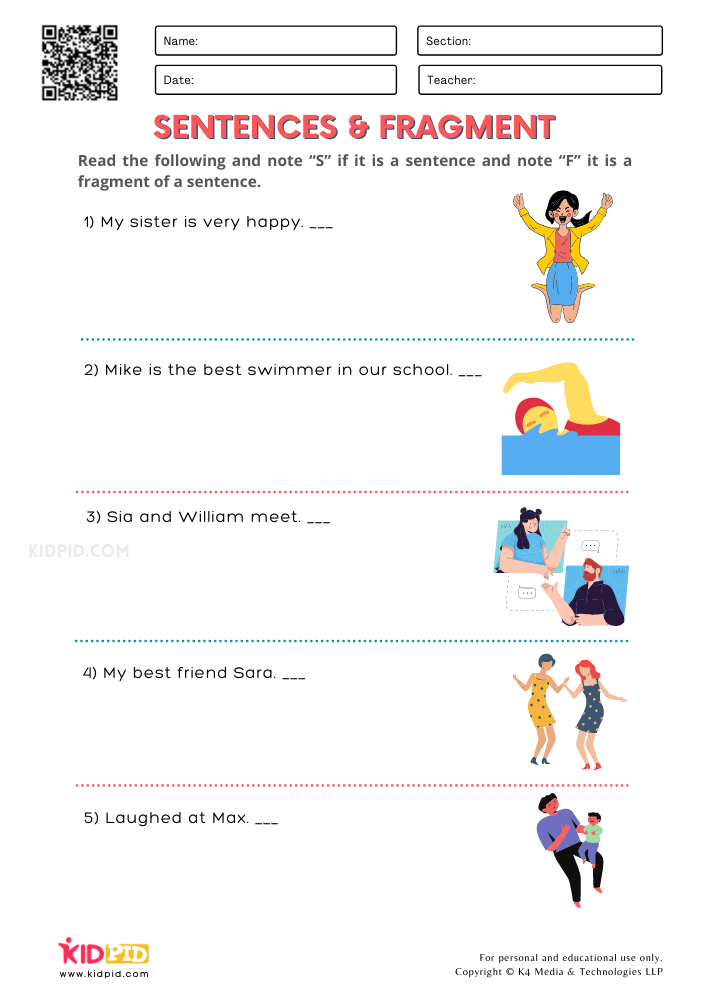 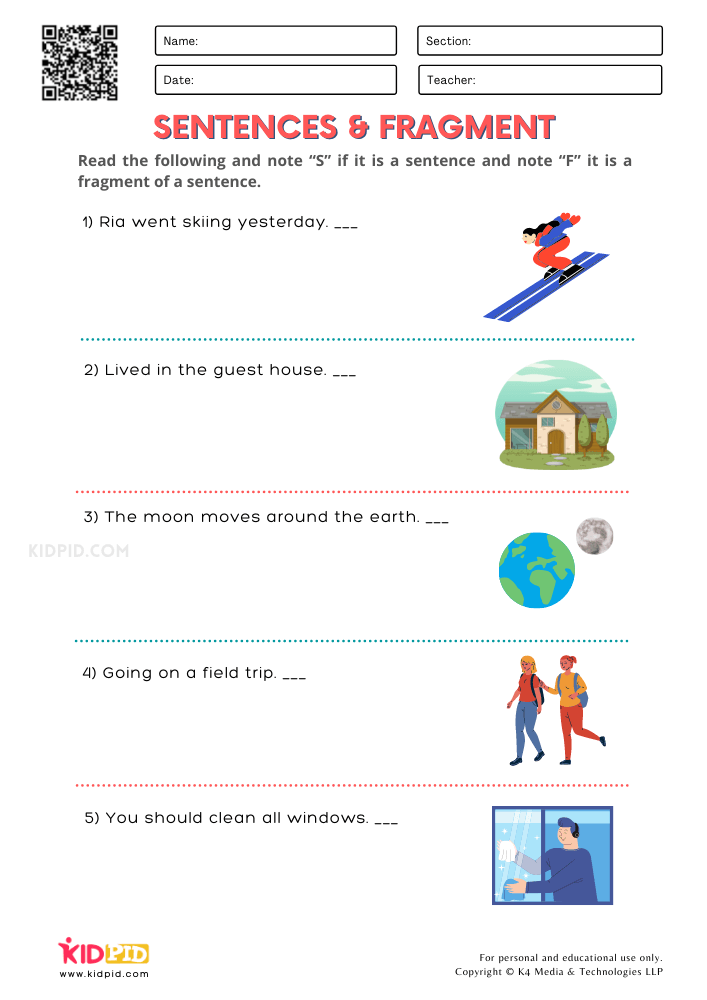 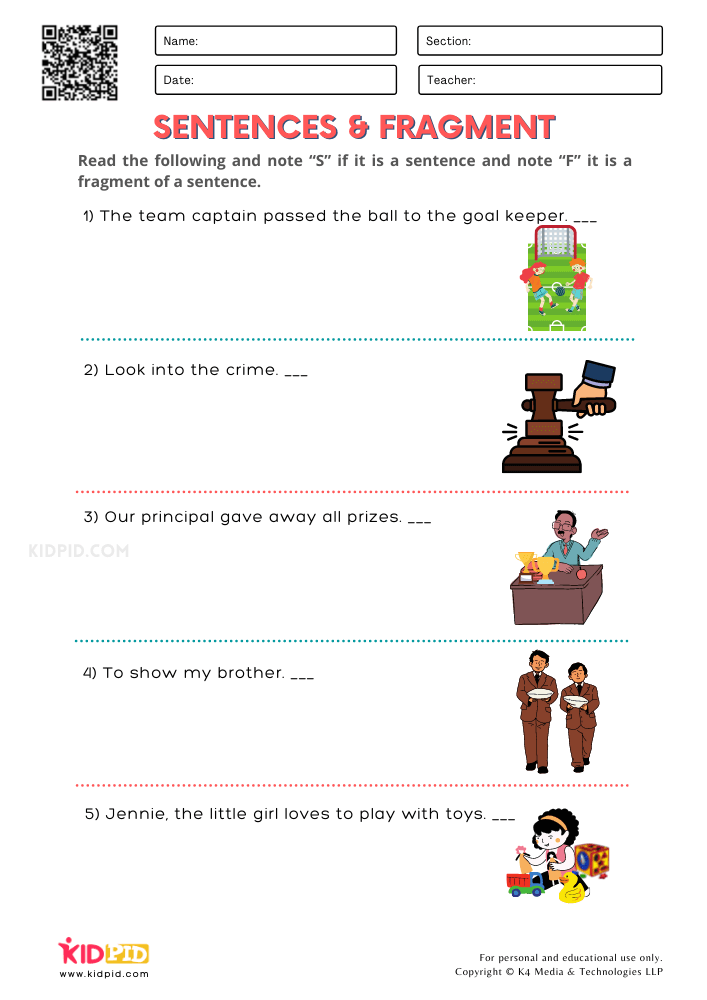 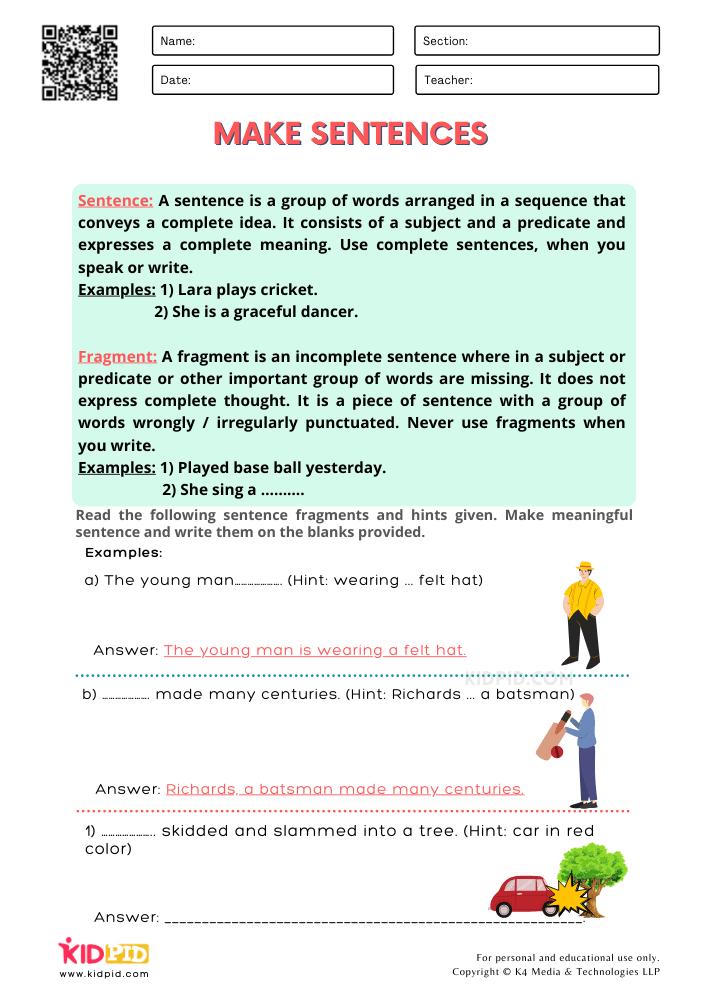 The exercise given in these printable worksheets is called Make the sentence, where all you have to do is add words to the fragments in order to transform them into grammatically correct, meaningful sentences. The child can take help from the hints given in the bracket or use the graphics for inspiration.

Fragment ‘a’ has a subject i.e. ‘The young man’. But in order for the line to convey meaningful information and make sense to the listener, the verb ‘is wearing’ and predicate/object ‘a felt hat’ have to be added to it. And only after adding those words will the fragment become a sentence. 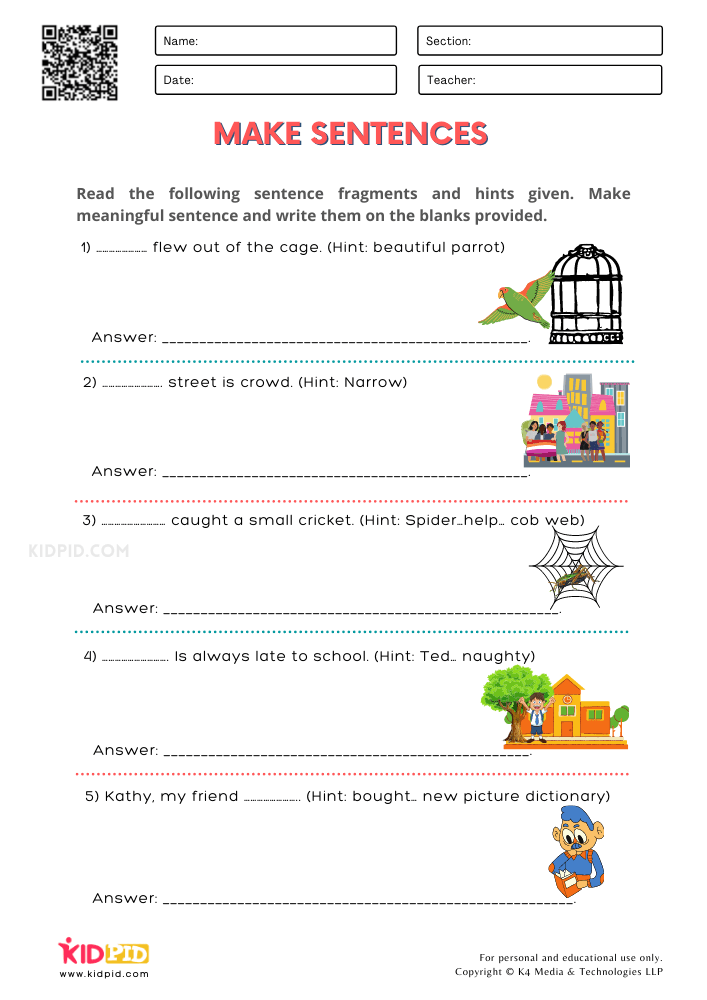 After the completion of all these worksheets, your child will have a newfound understanding of sentences and fragments and how to transform the latter into the former.  Get your kid these printable worksheets from the links given above and help them practice and hone their skills in this department, strengthening their knowledge of basic grammar.