It is important for your child to grasp the concepts of basic shapes before they move on to advanced geometry.  This aspect of mathematics can be plain, boring or difficult on paper. But if it is correlated with our surroundings in a child’s mind, it can be simplified a lot for them. The given posters try to jazz up the world of shapes by their graphics of sloths in a jungle. This will help capture your child’s imagination while they learn their shapes on the side. 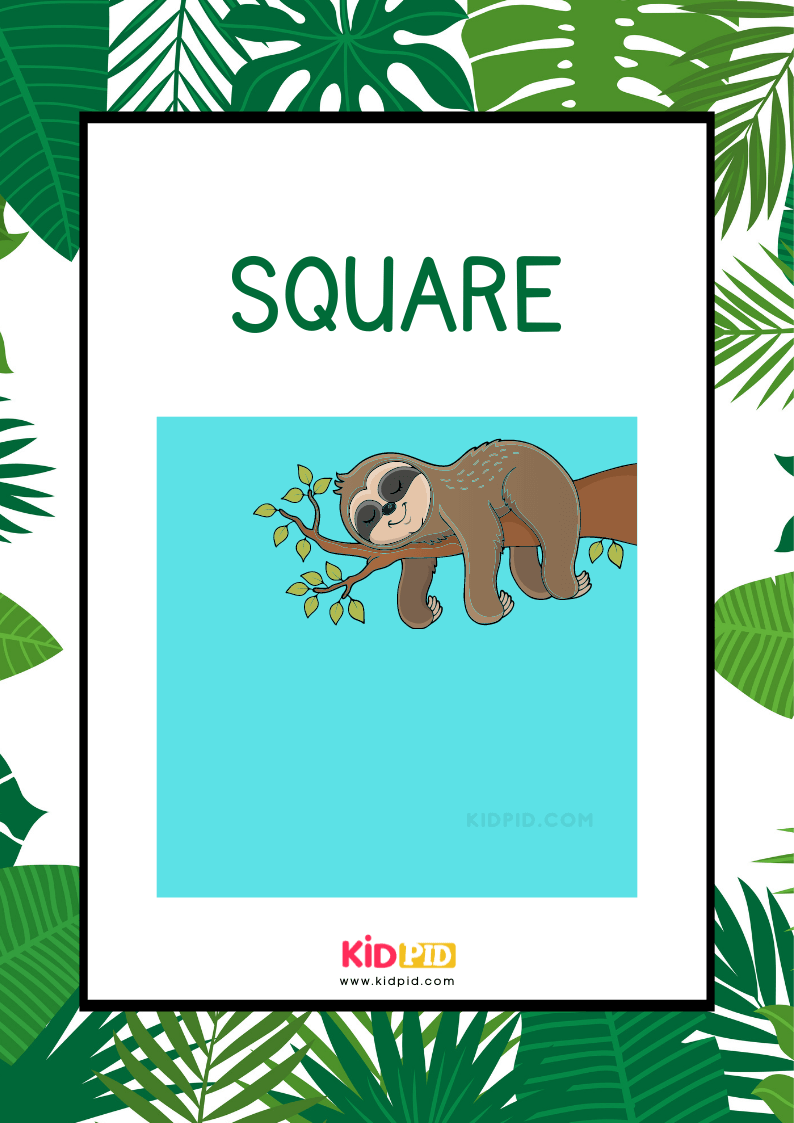 A square is a 2 dimensional quadrilateral with four equal sides, with each side running parallel to the opposite one. Two adjacent sides of a square meet at a right angle or an angle of 90 degrees. Examples of everyday square objects are TV screens and chess boards. 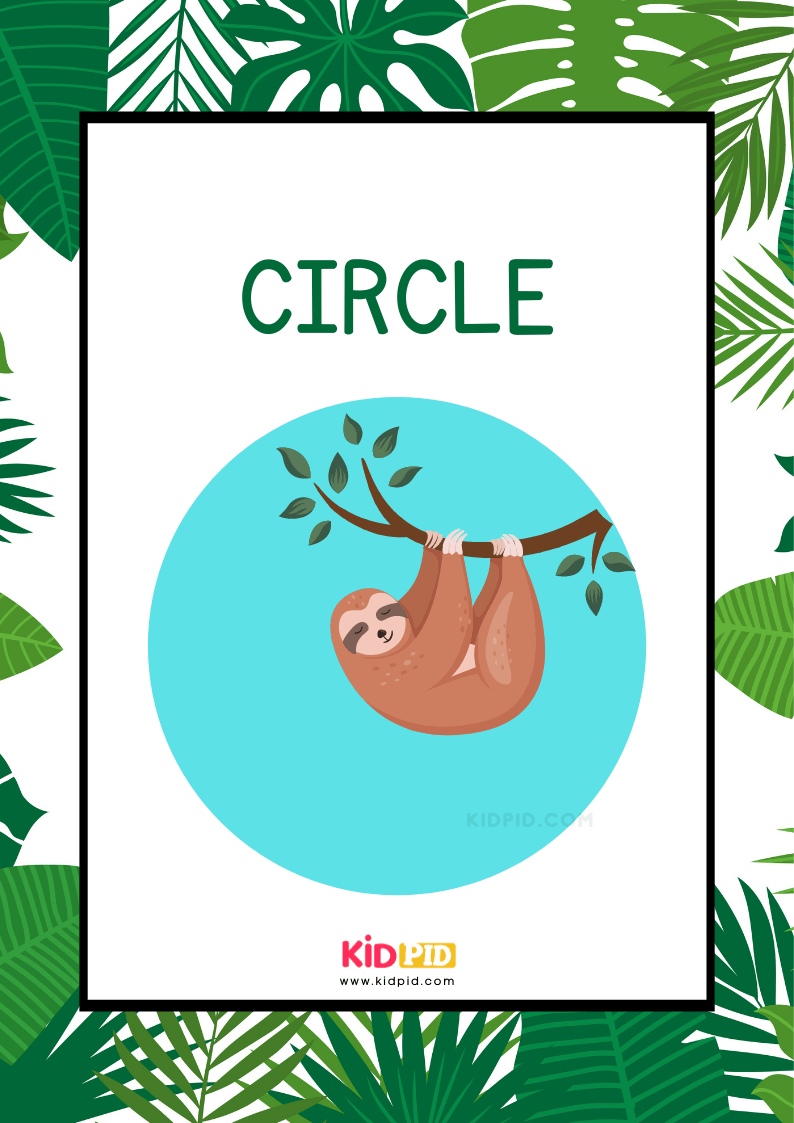 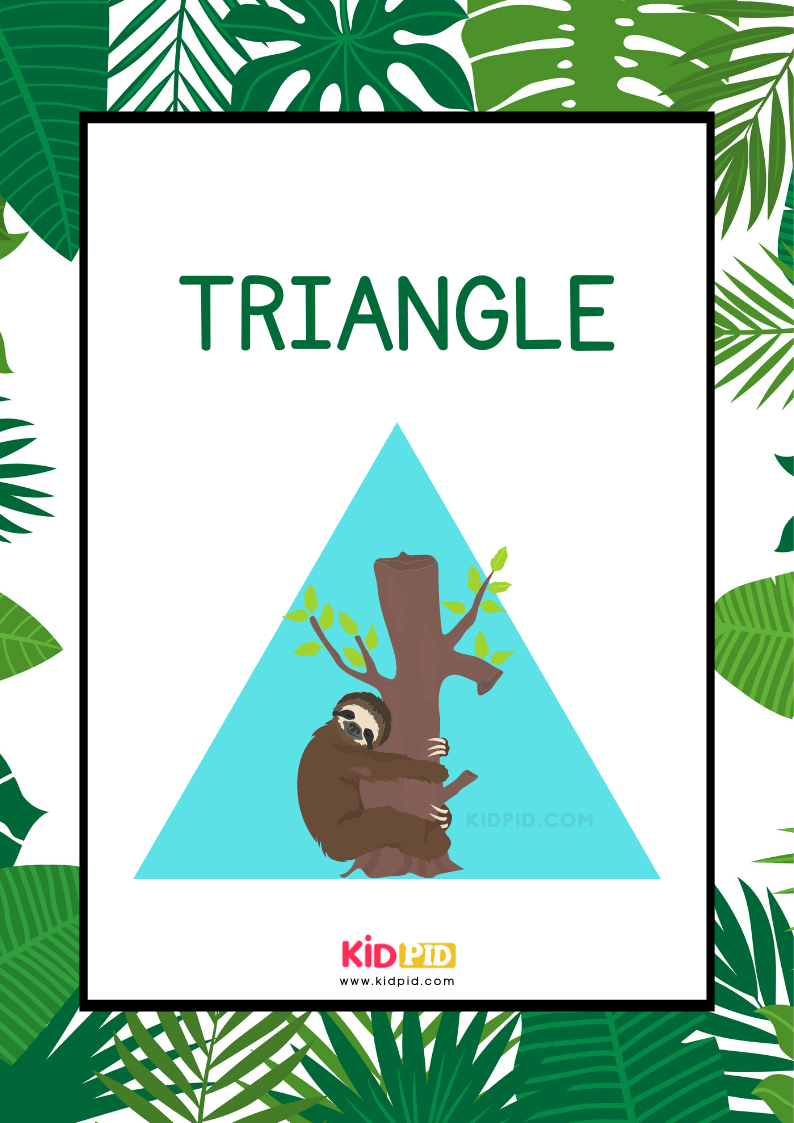 A triangle is a 2-dimensional shape with three sides. The length of the sides of a triangle and the angle at which they meet can vary from triangle to triangle. But in all triangles, irrespective of size or type, the total sum of angles is 180 degrees. Examples of triangular everyday objects are pizza slices and the sail of a boat. 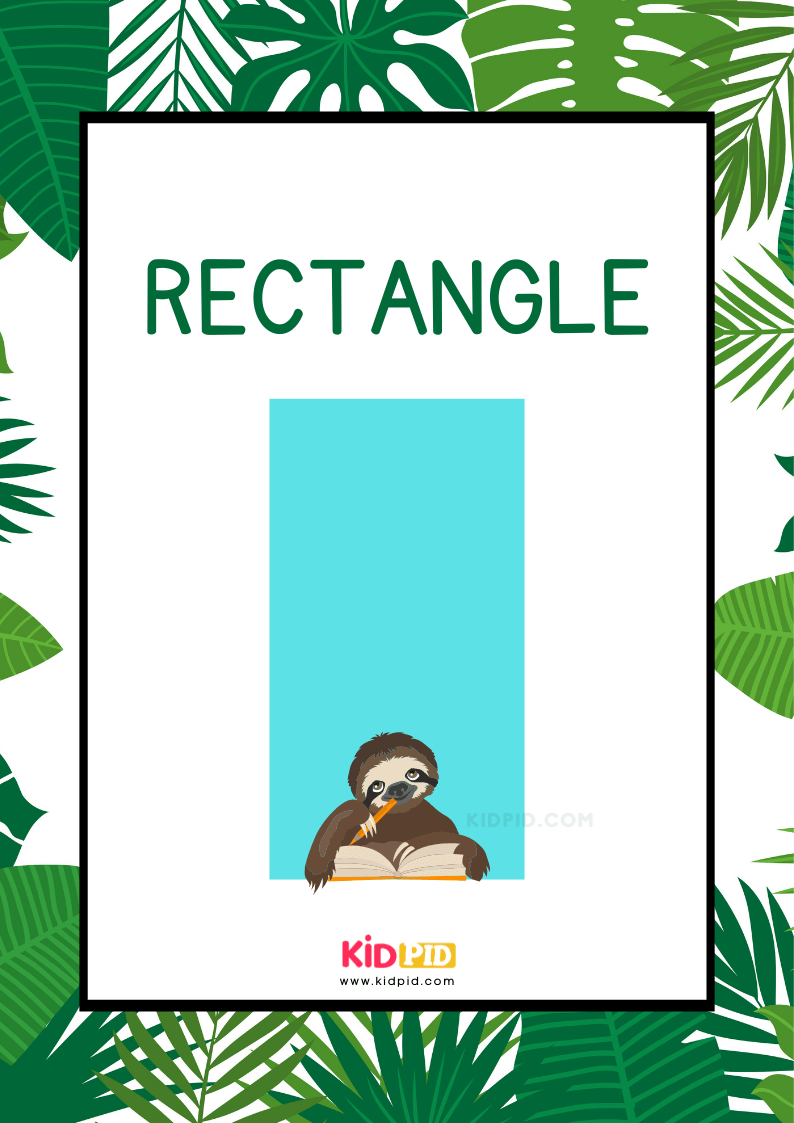 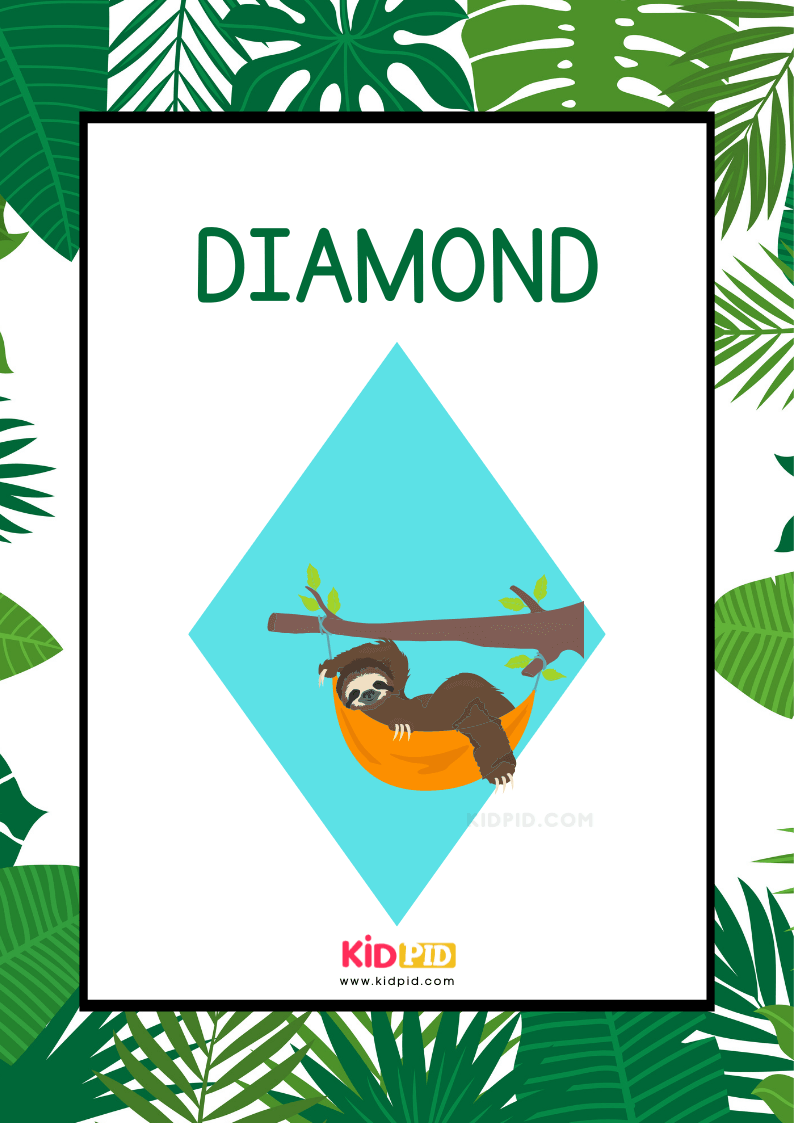 A diamond is a 2 dimensional quadrilateral with four equal sides, in which the opposite sides run parallel to each other.  Its opposite angles are equal but none of the angles ae 90 degrees, thus differentiating it from a square. An example of diamond shaped everyday object is: kites. 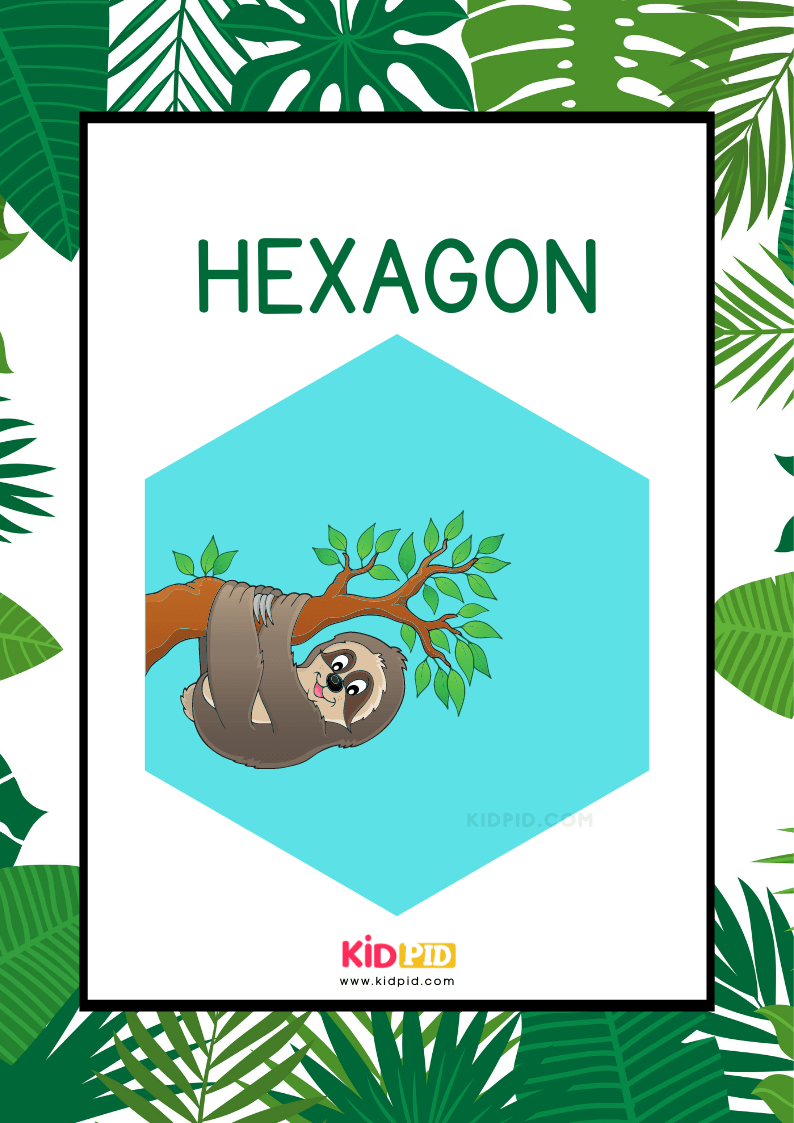 Hexagons are 2 dimensional polygons with six  sides. Example of hexagonal everyday objects are : honeycombs and backs of pencils. 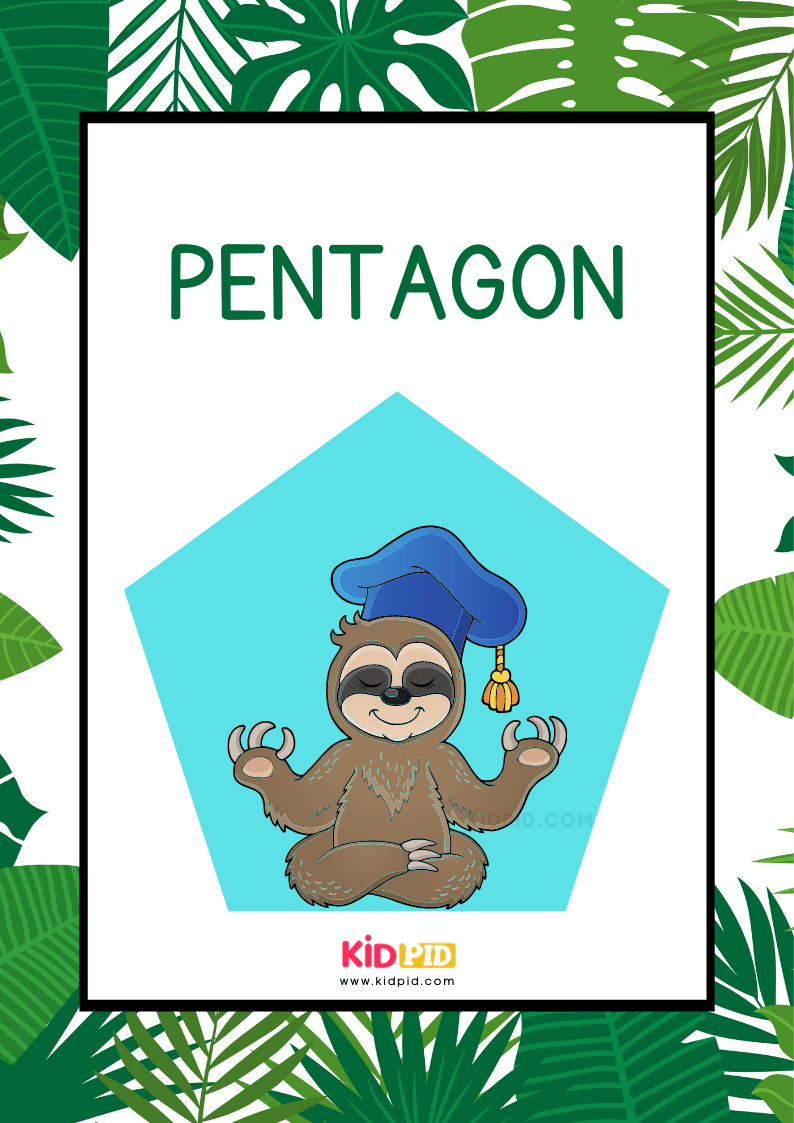 A pentagon is a 2 dimensional polygon with five sides and five angles. Example of pentagonal everyday objects are : single story houses. 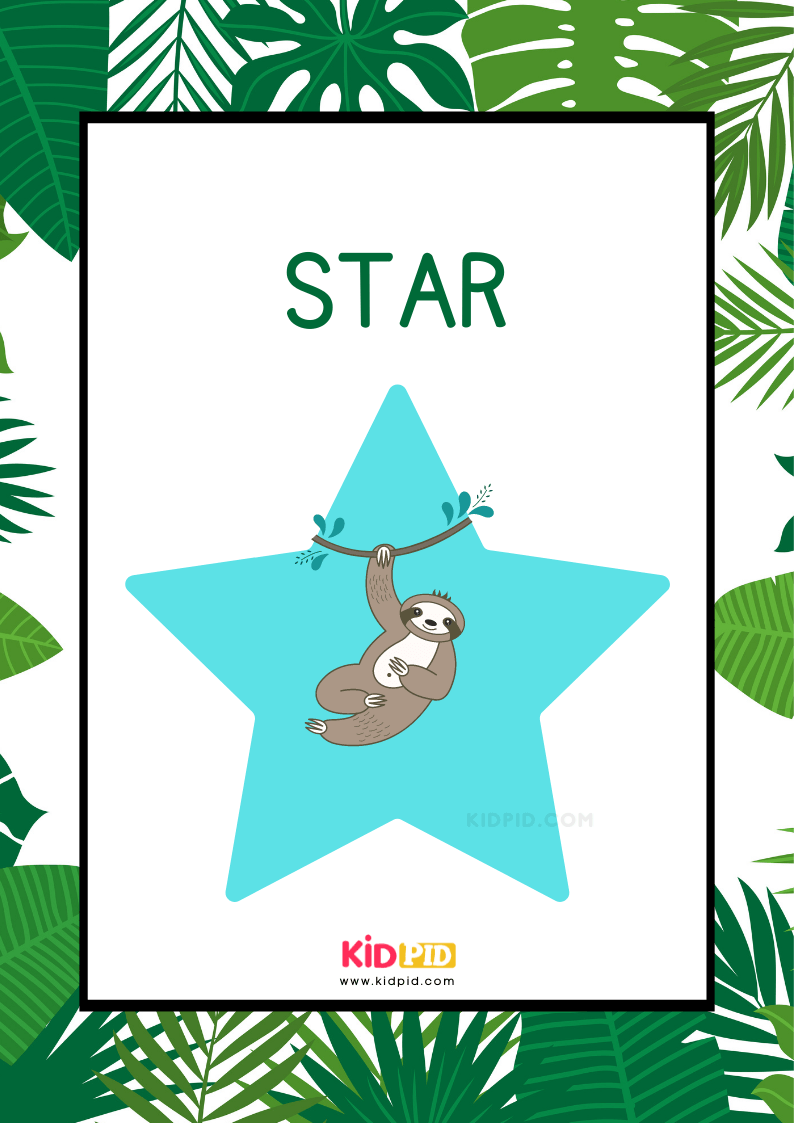 A star is a non convex polygon, usually with ten sides. Example of star shaped everyday objects are : starfish and Christmas tree star. 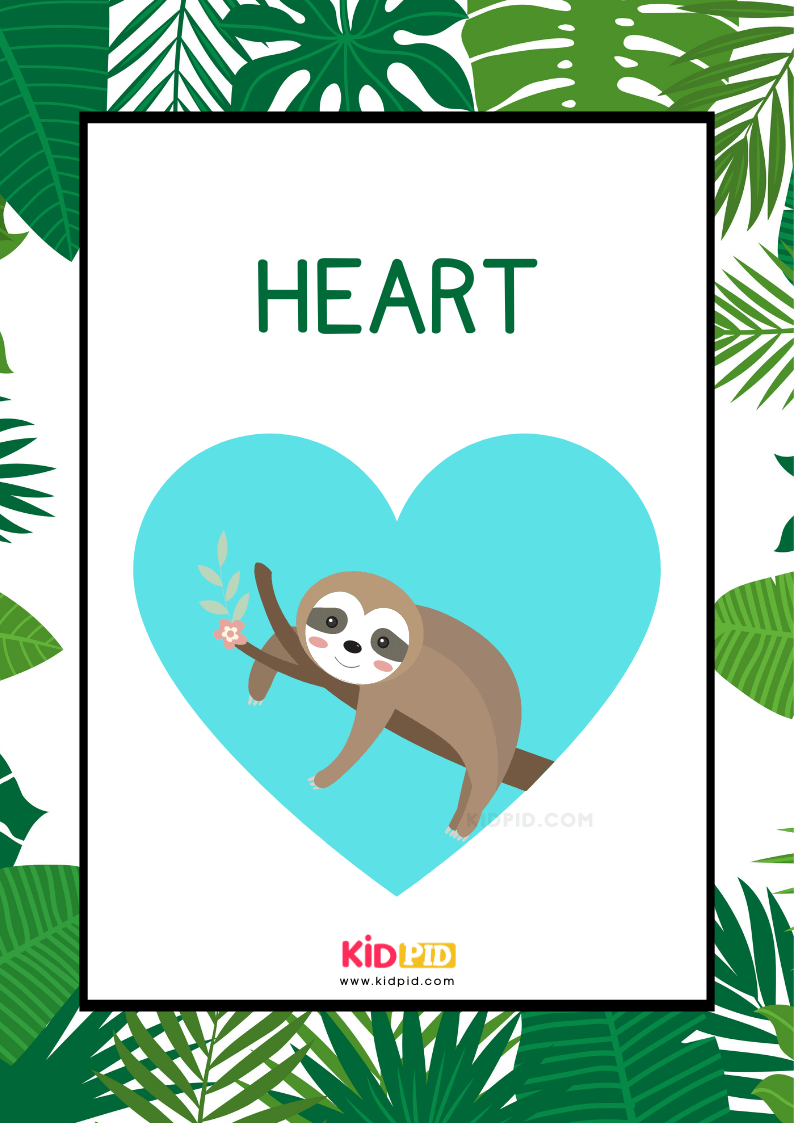 A heart 2 dimensional shape is supposed to resemble the shape of an actual human heart and is thus named after it.  Example of rectangular everyday objects are : strawberries and certain leaves. 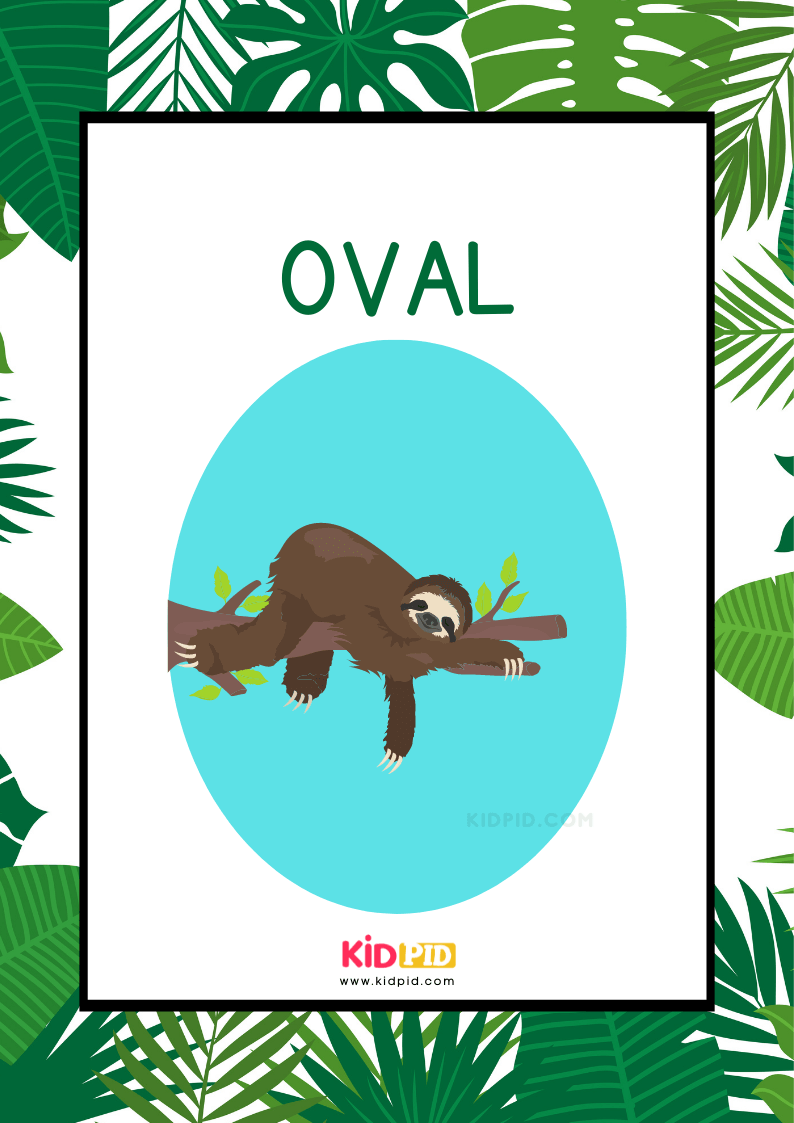 An oval is 2 dimensional oblong shape without any sides with diameters of different lengths, one running through the shorter part of the oval (horizontal, in reference to the given figure) and one running through the longer part of the oval ( vertical, in reference to the given figure). Example of oval everyday objects are : eggs and balloons.

Learning geometry is important in order to make sense of the world around us as every single object we see is made of some shape or the other. Not to mention how it is the very basis of construction, architecture and engineering. Learning about shapes helps your child with visual- spatial  intelligence, associative memory and mathematical- logical intelligence. 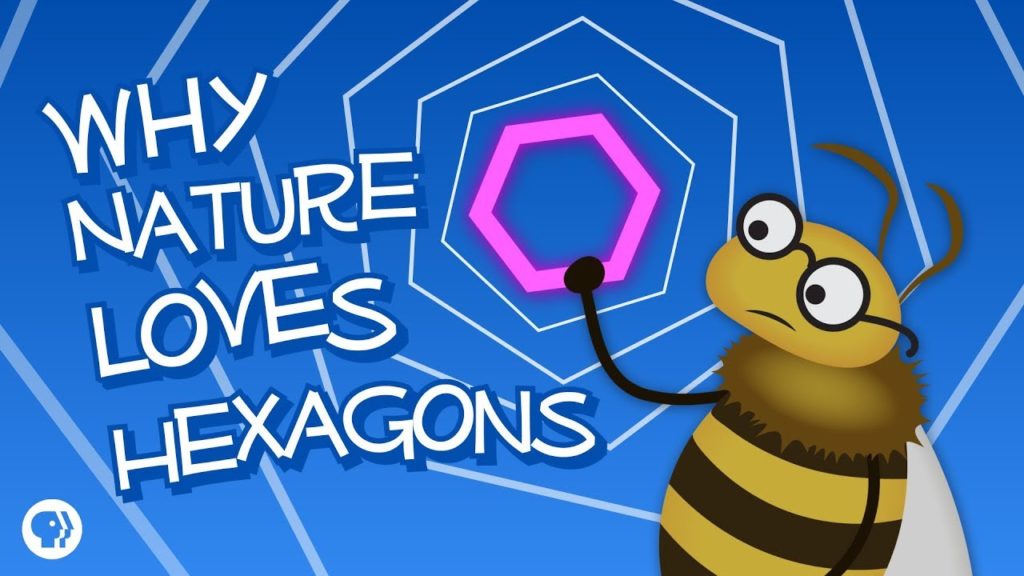 In geometry, the hexagon is defined as a polygon that has 6 sides. If we glance at a hexagon in two-dimensional shape it will have… 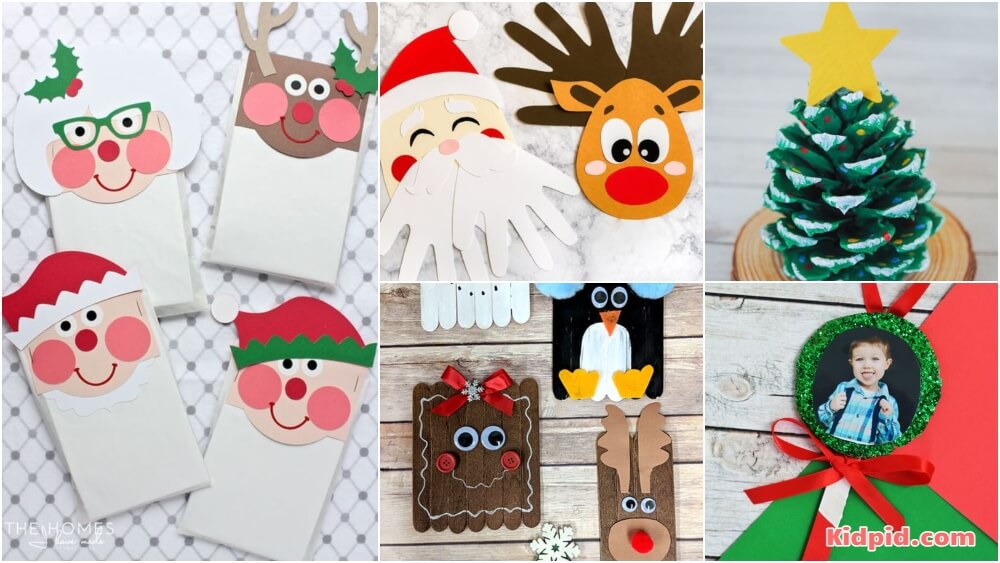 Jingle bells, jingle bells, Jingle all the way. Oh! what fun it is to ride In a one-horse open sleigh, hey! Yeah, 25th December is…