What is a Hero?

We all are very well aware of heroes. Who do we think is a hero? Well, you must have seen no. of movies or read no. of books where there are a villain and a hero too. He/she obviously must have solved some big issues like saving our planet from any near big disaster or must have saved lives of people from the villains like Avengers did in the movie? Well, a real-life hero is hidden in all of us. We consider a person as a hero whose intentions are pure, not harmful, who is ready to save or help people at any cost who is in need.

Have you read the Hunger Games, Harry Potter or Percy Jackson? What do all these series have in common? They all have a hero. But how do we know that they are heroes and not the villains? We know this because at the end of it all, they all save the day. They come to the rescue of their companions and bring peace to their world.

These three characters and many others that we know and adore are variants of the same hero.

Joseph Campbell was the first to point this out in his book ‘The hero with a thousand faces’ retelling many stories and showing how each represents what he called the Hero’s journey. It is also called the ‘Monomyth’.

According to Campbell, every hero goes through a similar journey with only some parts being different. The journey of a hero begins and ends in the hero’s ordinary world. But, the quest passes through an unfamiliar, special world. This journey has three parts: Departure, Initiation and Return.

The story begins with the Status quo which is the hero’s life in the normal world. Then, he gets a call to adventure. It may be in the form of a mysterious message, an invitation or even a challenge. However, the hero doesn’t yet know his true potential, his full strength. He needs someone to guide him. He receives help from someone older and wiser. Finally, the departure. The hero departs from his ordinary world, crosses the threshold and enters into the special, mystical world.

The hero is now faced with trials. He may have to solve a riddle, kill a monster or even escape a trap. All of these, however, are nothing compared to what he is going to face next. The hero must approach and face his biggest ordeal, his toughest task, his worst fear. He faces a crisis, his darkest hour. He may even face death and possibly even die only to be reborn with renewed strength and power. The hero then receives a treasure for having faced and gaining victory over the biggest crisis.

After having solved the problem and saving the world, the hero, now transformed by the adventure, gains wisdom and power over both his original world and the mystical world in which he was initiated into. The hero, though back in his old life, sees the world differently and is not the same anymore. He is wiser and knows what he must do next. Nothing is quite the same once you’re a hero.

But that isn’t the only type of hero we see in literature. We also find the Tragic hero and the Antihero.

When we talk about a hero, we see characters that are perfect or near perfect. They have pure and superhuman qualities. But over the years, we have realised that those aren’t the only type of heroes that we find. There are also the characters that we see in our daily life, in the situations we face daily, the more human characters. Both the tragic hero and the antihero are types of heroes that have more human qualities. They represent us, our inner desires, hopes and dreams. We are able to relate to them.

Tragic heroes are mostly of noble birth or of high standing in society. However, they have flaws and weaknesses just like anyone else. These flaws lead to the tragic end of the hero. Tragic heroes mostly die in the end. They have a fatal flaw that leads to their downfall. They bring tragedy upon themselves while fighting for what they believe is right.

Tragic heroes are always pushed around by someone. That is usually the person who pushes them to do the deed that leads to their death. Iago fed Othello lies about his wife, and the ghost of Hamlet’s father sowed the seed of revenge in Hamlet’s mind.

The tragic hero is shown as one who has flaws just like all of us and if you let it take over, it will lead to your downfall. It is a lesson to each one of us.

An antihero is simply a protagonist or a hero who lacks the traditional qualities of a hero. Contrary to how it sounds the anti hero is not the villain or the antagonist. They usually end up challenging those in power.

At best the antihero demonstrates a few underdeveloped traits. At worst he is totally inept. He conforms to the rules and law set down by the oppressive government, a typical unquestioning brainwashed member of society; struggles to conform but slowly starts to object finding other outsiders with whom to voice his questions. And because of his naivety ends up unwisely sharing those questions with an authority figure, someone belonging to the party he is against. He openly challenges society and tries to fight against the lies used to oppress the people. This is seldom a brave and wise step for the antihero as he does not take this step willingly but stumbles into this role. More often than not the antihero is either killed or brainwashed to return to conformity. The antihero stands up against oppression and ill use of power that we see in the world today. He is a modern hero, one that we all have within us.

Every literary work from Shakespeare’s plays to the Hunger Games has a hero. It may not necessarily be the typical and traditional hero that we all know but they could simply be the ones that send us on a journey to find the truth and make our own adventures.

What Makes a Hero?

The Hero’s Journey in 5 Minute

What is a Tragic Hero?

An anti-hero of one’s own 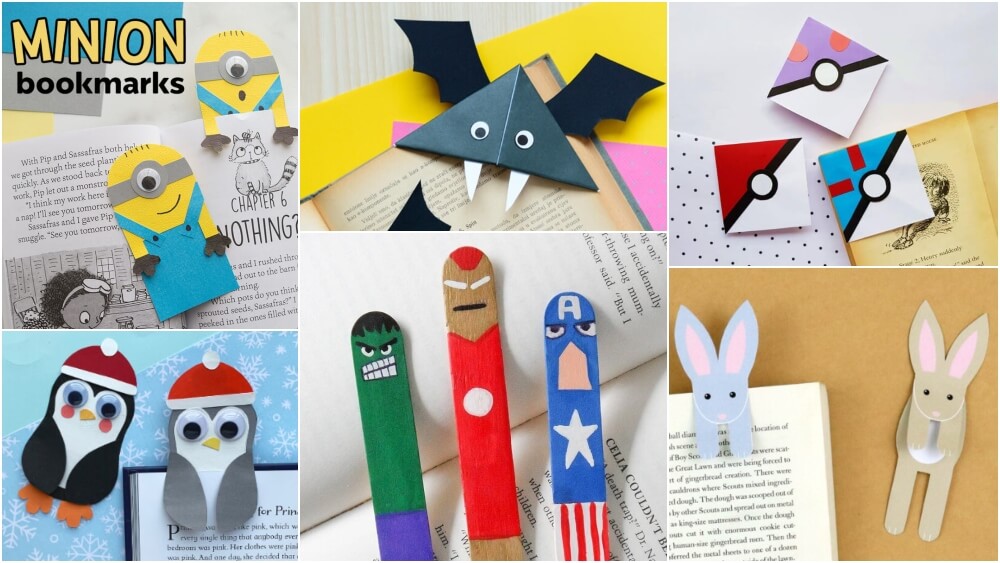 If you are true of books you must try these cheesy and beautiful bookmarks. We have listed 19 amazing super easy and super fun bookmark…