What is an earthquake?

So we all live on a planet called Earth and we sometimes call it mother earth as well. By the way do you know what its shape is? Well its round or to be more specific, elliptical (egg like). But our earth is not a big round ball or egg, it is formed by so many pieces. These pieces even move but at very slow pace. But when these pieces start moving very fast then we feel earth shaking and getting misbalanced, and this misbalance is what we call an earthquake.

These pieces of earth are called tectonic plates which whenever hit, bump or slide past one another cause an earthquake. Just like when accidently you bump your head against your friend and loose balance. Similarly earth also loses its balance when these plates collide badly.

So these terms were quite easy. Now let’s take this tour of ours regarding earthquakes further and consider its types.

I will explain you about these types in short, so that you would not get confused.

Now I think you got answer that how mountains were formed.

So, we have completed one half of our tour and before starting the other one lets lay our eyes on some earthquake facts.

You know which instrument is used by scientists to measure the intensity of an earthquake is known as?

What is it called when an earthquake occurs under the surface of water?

So now we are all set to start our second half of the tour that is why do buildings fall in earthquakes?

From the past few decades, earthquakes have become much more dangerous for us as our cities now have huge buildings and towers and their fall cause damage to life and property.

You must be thinking, why does earthquake affects these buildings? Well it’s just a concept of simple physics that most falls occur today are actually caused by earthquake itself. You must be wondering that what kind of statement it is? Well I am here to explain you that.

When the ground moves beneath a building, it displaces the lower levels of our earth sending shock waves to the whole building and because of that the building starts vibrating very fast in a continuous motion until it falls.

The strength of this vibration depends in two factors: –

This was due to the mass and stiffness factor, those buildings had small mass and large stiffness that’s why they collapsed. Over the years geologists (these are the people who study earth) and engineers are working together to stop buildings from falling. They check soil, land type, building material and many other factors that could reduce earthquakes.

By this we complete our last half of this tour, hope you learned a lot and will take precautions to prevent earthquake in your area. 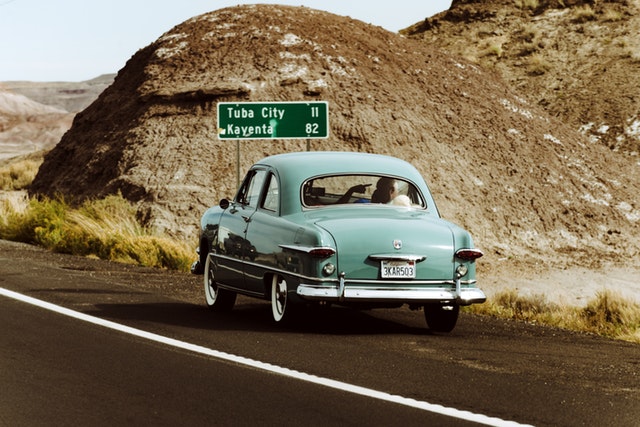 Why Do We Get Motion Sickness While Travelling? Motion sickness is a common problem with the people traveling by car, airplane or boats. It just not…