The home to several world-famous monuments, pharaohs and thirty strong dynasties that lasted for about thirty centuries, the ancient Egypt has its own history of civilisations, conquests and traditions. Egypt’s historic majesty has attracted archaeologists and historians from all across the world and created a vibrant field of study all its own. The main sources of information about ancient Egypt are its monuments, writings and artefacts that have been recovered from archaeological sites over these years.

We know about the country of Egypt that is a part of the present-day African continent but, the ancient Egypt about which we will be studying today covered a large area that goes beyond the current boundaries. It included what is now Sudan, Cyprus, Lebanon, Syria, Israel and Palestine (majorly Israel).

Another popular name for Egypt is Kemet, which literally means – ‘the black land’. Scholars believe that this name derived from the fertile soil that was leftover when the Nile flooded the area around August. Flooding of Nile brought fertile soil which was important for the survival of the people living in ancient Egypt.

The country was also occupied by foreign powers apart from the Egyptian dynasties from time to time. These other rulers were the Persians, Nubians, Greeks and Romans.

Ancient Egypt did not bloom in isolation and was a very famous hub in the international trade market. It was strongly connected to other parts of the world through the trade of goods, religions, food, people and ideas.

The country’s ancient rulers are referred to as pharaohs today.

The earliest written inscriptions that are found today date back about 5200 years and discuss the early rulers of Egypt. Yet, the history of how Egypt was united is unclear and still a topic of debate and discussion amongst the archaeologists and historians. There are several finds that tell us that the villages in ancient Egypt began to appear in Egypt about 7000 years ago and depended primarily on agriculture.

Egypt’s climate was much wetter in prehistoric times in comparison to what it is today. Some areas, which are now barren deserts, were very fertile back then. We get to know all of this through various archaeological finds. For example, one very famous archaeological site in southwest Egypt called ‘the cave of swimmers’ has rock art showing, what some scholars interpret, as people swimming. The cave is now surrounded by a vast desert.

The history of ancient or ‘archaic’ Egypt is divided into 30 (sometimes 31) dynasties.

The first and second dynastic periods date back around 5,000 years and are said to be belonging to the early dynastic or archaic period. The first pharaoh of the first dynasty of a united Egypt was Menes (called Narmer in Greek). The rulers before Menes are categorised by the historians as a part of the dynasty zero.

The dynasties 3-6 (c. 2650-2150 B.C.) belong to the time period called the Old Kingdom. The invention of pyramid building techniques were developed during this time. The pyramids of Giza were also built during this time period. The country enjoyed a very peaceful and prosperous reign during the old kingdom. The pharaohs were very powerful and the central government was quite stable.

Why the Old Kingdom collapsed is a topic of debate until now with reasons like drought and climate change been seen as most appropriate.

Dynasties 12th and 13th, with some part of the 11th (c. 2030–1640 B.C.) as well, are called the Middle Kingdom. The first ruler of this dynasty — Mentuhotep II reunited Egypt into a single country. Pyramid building was also resumed in his reign. Some of the written records of the civilisation’s literature and science that are mould and deciphered (meaning- convert a text written into normal language) today were recorded during this period.

Dynasties 14-17 are often said to be belonging to the second intermediate period. This period saw another wave of weak rulers. The rapid succession of rulers did not let the central government attain power and thus, the government of Egypt collapsed again and this provided he Hyksos —a group from the Levant with a chance to occupy a part of the country.

The dynasties 18-20 (c. 1550–1070 B.C.) are called the New Kingdom by the scholars. This time period took place after the Hyksos had been driven out of Egypt by the Egyptians rulers and the country was again reunited into one.

The Valley of the Kings, which is a very famous archaeological site and holds burial sites of many Egyptian rulers including that of Tutankhamun, belongs to this period.

The controversial Amenhotep IV (who later renamed himself as Akhenaten) of the late 18th dynasty, undertook a religious revolution during this period by forcing worship of the sun-god. He also built a new capital in Middle Egypt and named it Akhenaton, known later as Amarna. after his death, the capital was again shifted to the original one- Thebes and the practise of worshipping sun god came to an end.

Dynasties 21-24 (c. 1070–713 B.C.) are often called the third intermediate period. This period saw many major changes in Egyptian politics, society and culture. The central government was weak several times and the country was not always united. During this period, the neighbouring civilisation of the Middle East had been destroyed by invaders. These invaders tried to capture the Egyptian empire too but were driven away by the rulers of Egypt. But the Egyptian empire collapsed nonetheless, due to loss of trade routes and revenue.

Dynasties 25-31 (c. 712–332 B.C.) are often referred to as the late period by scholars. During this time, Egypt was sometimes under the control of foreign powers. The Persians and Assyrians also controlled Egypt at different times during the late period.

In 332 BC, Alexander the Great drove the Persians out of Egypt and added the country to his Macedonian empire.

After his death, the empire was handled by several lines of rulers.

Finally, Egypt was incorporated into the Roman Empire in around 30 B.C after the last ruler Cleopatra VII committed suicide after her defeat from the Roman emperor – Augustus in the Battle of Actium.

Scholars believe that the people of Ancient Egypt followed polytheistic religion (belief in or worship of more than one god).

One of their most important deity was Osiris, the god of underwater.

The people believed that the dead could reach a paradise, where they could live forever. Dead Egyptians were sometimes even preserved as mummies and buried by following a proper procedure and steps that were believed to navigate them to the underworld.

One major change brought during the reign of the pharaoh Akhenaten (who belonged to the New Kingdom) was the focus on the worship of the Aten or Atan or the sun disk. After his death, his son Tutankhamun rejected his inventions and Egypt returned to the following polytheism.

Roman rule (after the Battle of Actium- 30 B.C) in the region that lasted for six centuries brought Christianity to the region and became the official religion of all the Roman Empire’s provinces including Egypt.

Ancient Egyptian was an oral language. Egyptian lang changed over the millennia (a period of a thousand years). The historians have subdivided the surviving categories of ancient Egyptian writings into –Old Egyptian, Middle Egyptian and Late Egyptian.

The Greek language came into use widely after the country was conquered by the Greek king, Alexander the Great. 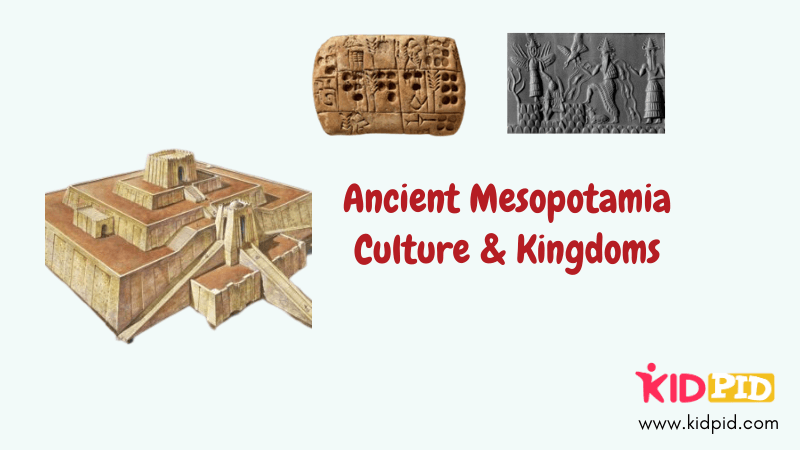