In the English language, the part of speech indicates how a word functions in meaning as well as grammatically within any given sentence. The verb is one of the eight parts of speech in the English language. In any sentence, the verb expresses action or being. It is a word or a combination of words that indicates action or a state of being or condition. In other words, a verb tells us what the subject performs. Generally, there is the main verb and sometimes one or more helping verbs in any given sentence.

Action verbs or dynamic verbs as these are otherwise known, express an action whether physical or mental. It is a verb that describes an action, like give, walk, run, jump, eat, build, cry, smile, think, or play. An action verb explains what the subject of the sentence is doing or has done.  There are lots of action verbs used in the English language.

There are six total sheets in this ‘Identify Action Verbs Printable Worksheet for First Graders. Each sheet consists of several words. Students have to determine which of the given words are action verbs and circle them. It is a simple but effective exercise to teach kids about action verbs. In the first sheet, there is a solved example for reference. 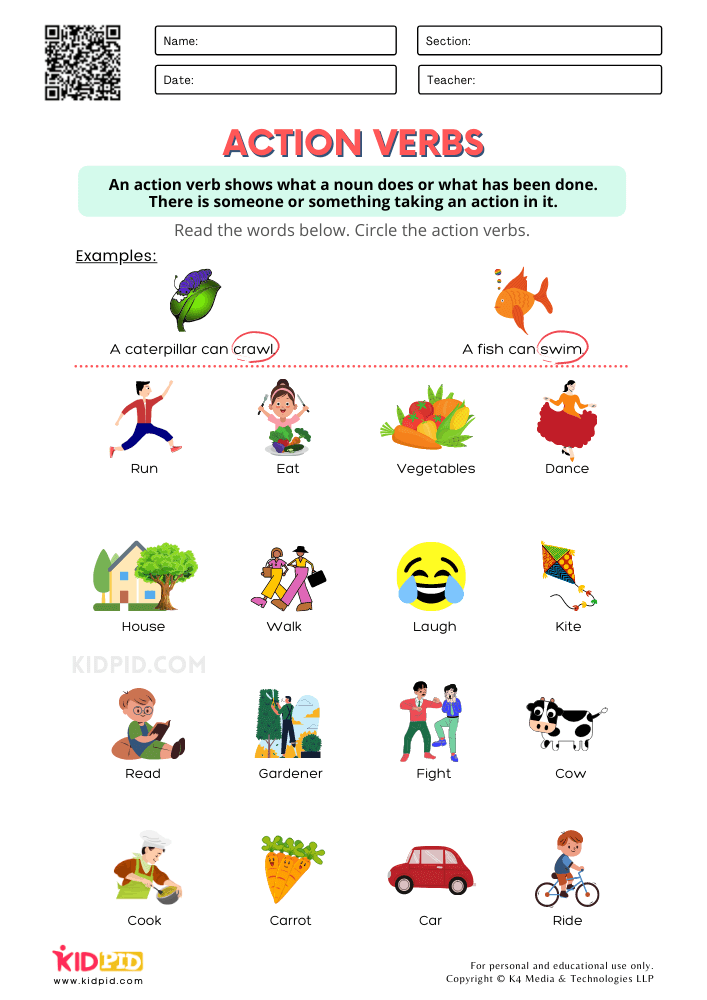 This worksheet can be used at home as well as in schools. Make sure to ask students to write their name, section, date, and their teacher’s name if you use these to test your student’s ability to identify action verbs at school. 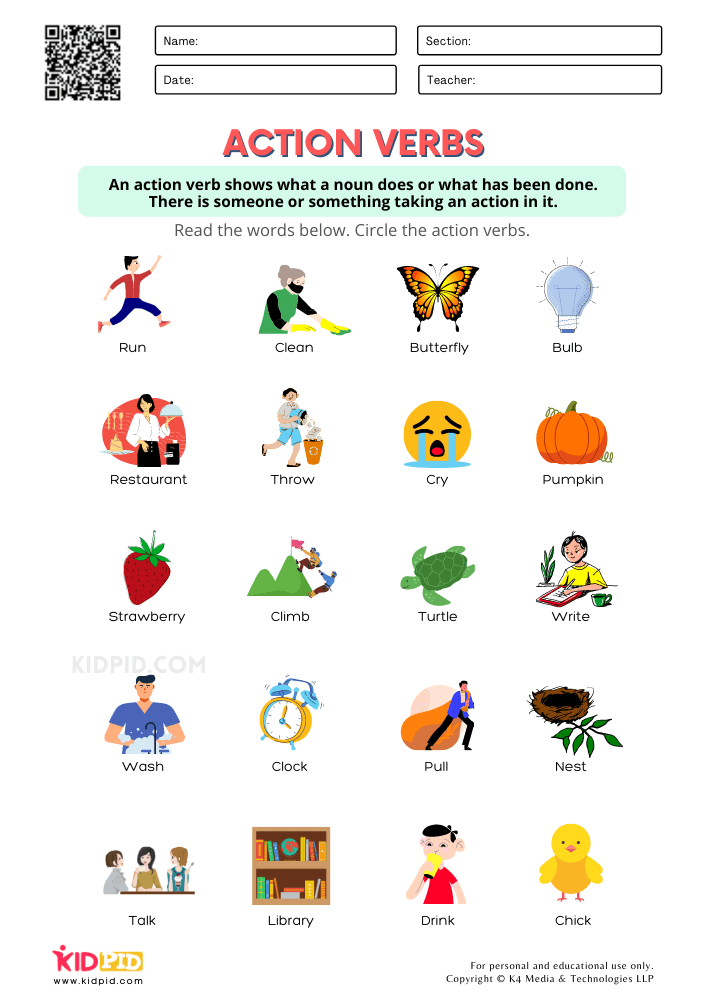 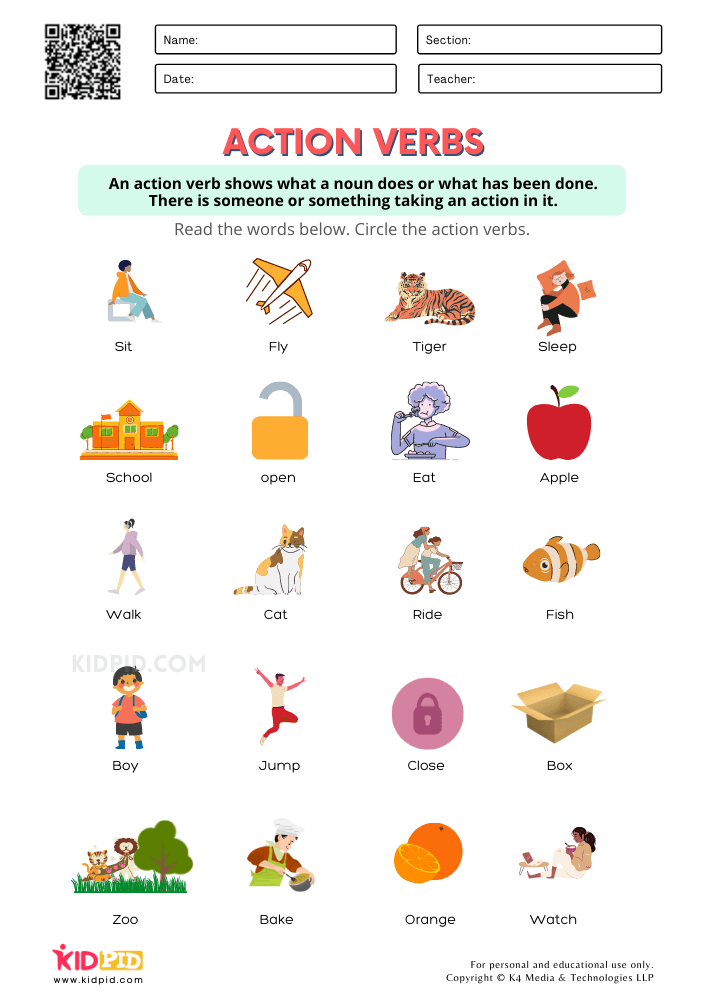 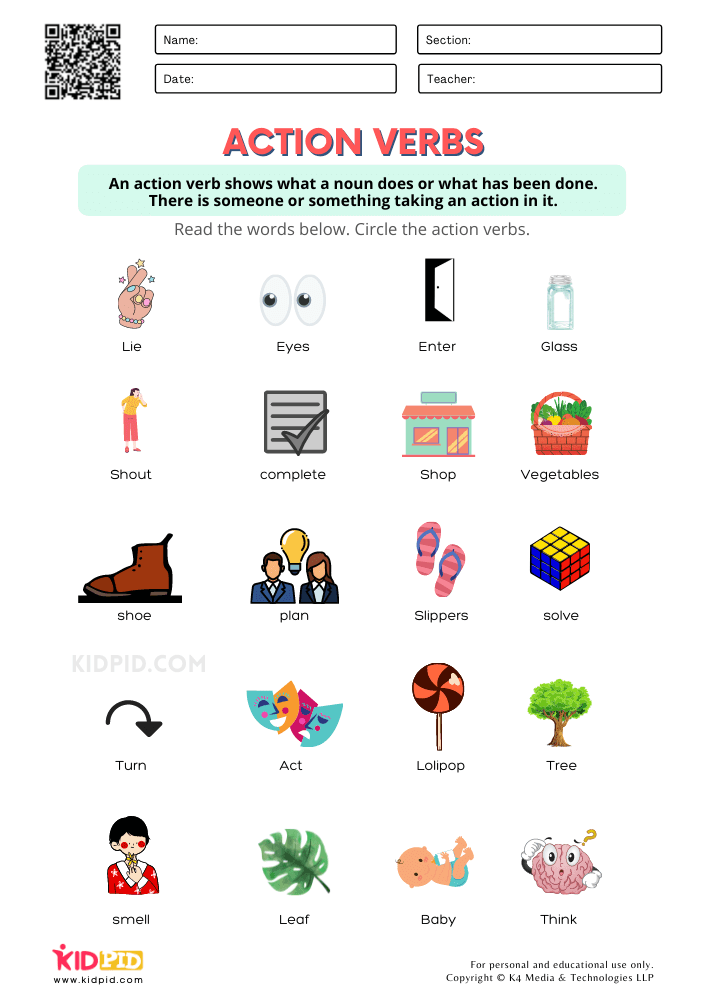 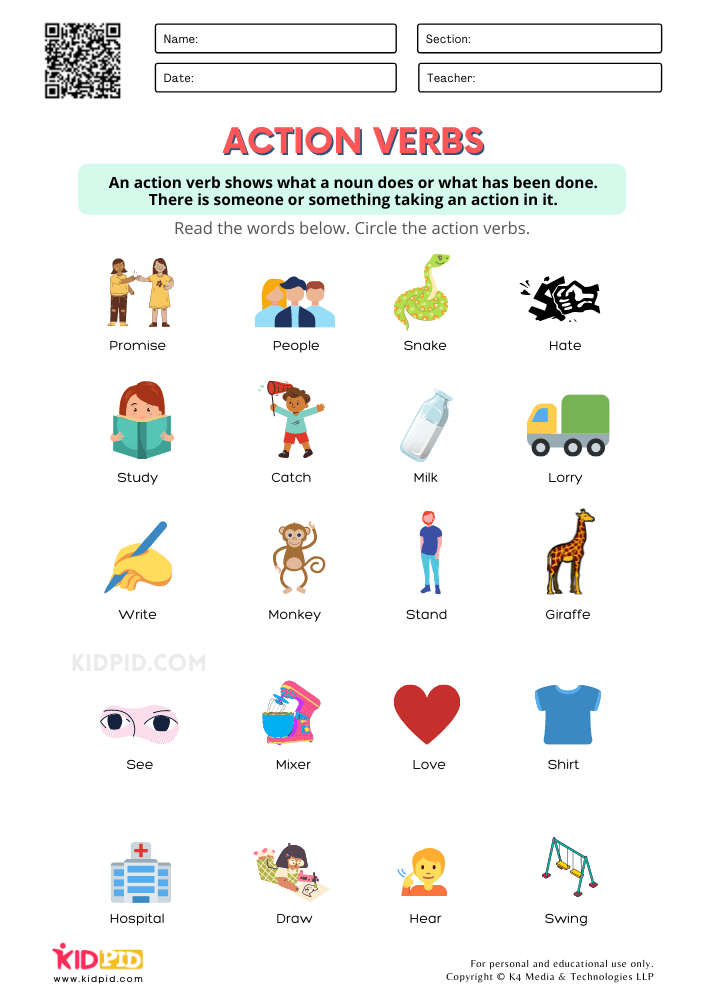 Verbs are everywhere. We see, eat, sing, dance, draw and sleep. We use action verbs in most of the sentences we write. Thus it is essential for kids to understand what a verb and action verb is. The worksheet can be used independently or you can browse our website for more verb-related worksheets. Download, print, and get started now!