‘Forest Animals’ is one of the important topics on which students can be asked to write a paragraph in exams in school. Please check the various samples (in 100 words, 150 words, 200 words, and 300 words) provided below for the paragraph.

Paragraph on “Forest Animals” in 100 words

Forest animals are generally called wild animals. In woodlands, wild animals can be found. Normally, these creatures are not kept as pets. Lions, tigers, elephants, bears, deer, etc are among the most prominent wild creatures. The stability of the environment depends heavily on wild creatures. Different natural processes in nature are stabilized by them. It is present in all environments, including the desert, rainforests, plains, and other places. The forests are home to a variety of wild creatures. The food chain and ecological balance of the natural world are both supported by wild animals. These creatures provide us with beneficial materials and goods from other species, such as ivory, leather, honey, and tusks. Wildlife needs to be protected.

Paragraph on “Forest Animals” in 150 words

Wild creatures/ Forest animals have always played an important role in human lives. Wild animals could be seen all over the world, ranging from the smallest reptiles to the largest winged birds and everything else in between. All of these animals have unique behaviors, abilities, and features that make them tough to tame or live with. Animals in the wild create complicated connections with one another, whether they are predatory animals or prey, and engage in behaviors like hunting that have been inherited over many generations.

One of the most stunning and amazing species of life on earth is the wild animal kingdom. Other species, take care of the habitat and much more. They allow you to interact with nature, which is something that many people these days seek. But since the dawn of time, mankind has been eradicating natural environments, which has resulted in the loss of several species Globally, the extinction of wild species has significant effects. Without wild animals, many species would become extinct and nature would return to what it was hundreds of years ago

Paragraph on “Forest Animals” in 200 words

Wild animals are a crucial part of preserving an ecological balance. Their significance could not be ignored. Nature is made more beautiful by the animals and plants that live there. The environment and its surroundings are made lovely and pleasing by their distinctiveness and the beautiful voices of several birds and animals. Also, they maintain the ecological balance which is very crucial for the existence of human life. Humans and wildlife are interconnected to each other. Hence, their importance could not be neglected.

But unfortunately, the massive clearing of trees and forests is causing the habitats of wildlife to be destroyed. The widespread extinction of wildlife species is the result of careless human behavior. No wildlife species may be killed for recreational purposes, hunting and poaching are penal acts. Major factors contributing to the decline of animals include rising pollution, industrialization, urbanization, climatic changes, resource overuse, periodic hunting and poaching, habitat degradation, etc. Due to this, many wildlife species are getting extinct. Because of the extinction of species, the world’s biodiversity is now in danger. Animals have the same rights as people to live their lives. Therefore, we should make every effort to protect them, guarantee their survival, and improve them

Paragraph on “Forest Animals” in 300 words

The phrase “wild animal” refers to creatures that are not often domesticated. Our planet is not complete without wildlife/ forest animals. The ecosystem and food chain are significantly impacted by wildlife. A disruption in their population, or in the worst situations, their extinction, can have profound impacts on the environment and humanity. The relationship between humans and nature is improved by appreciating and safeguarding forests and wildlife.

Wild animals are crucial for maintaining the environment’s balance. All ecosystems, the desert, rain forests, plains, and other places are home to it. Wildlife is both abundant and diverse, and it contains every type of animal, plant, and large-scale organism.

The worth of wild animals in terms of beauty, economy, science, and survival is significant. It supports the preservation of the food chain and the ecological balance of the environment. It provides both valuable materials and items made from wild animals, such as ivory, leather, honey, and tusks. In addition to being a valuable cultural resource, it also has aesthetic value for people. The biological and environmental processes, which are again vital to life, depend heavily on wildlife. The constant interaction between animals, plants, and microorganisms is essential for the biosphere to function normally. Hence, their preservation is as important as forests.

There was a period when there were quite a few wild animals, there was no human involvement, and there was little concern for their protection or conservation. But as farming, settlement, industry, and other forms of development increased, along with man’s greed in general, the number of wild animals steadily declined. Because of this, some animal species have already gone extinct or are in danger of doing so. In order to exist on the planet earth, it is our responsibility to take immediate action toward protecting wild animals. It is our direct duty to protect the ecosystem’s beauty and to create a system of cohabitation with every living thing on Earth. 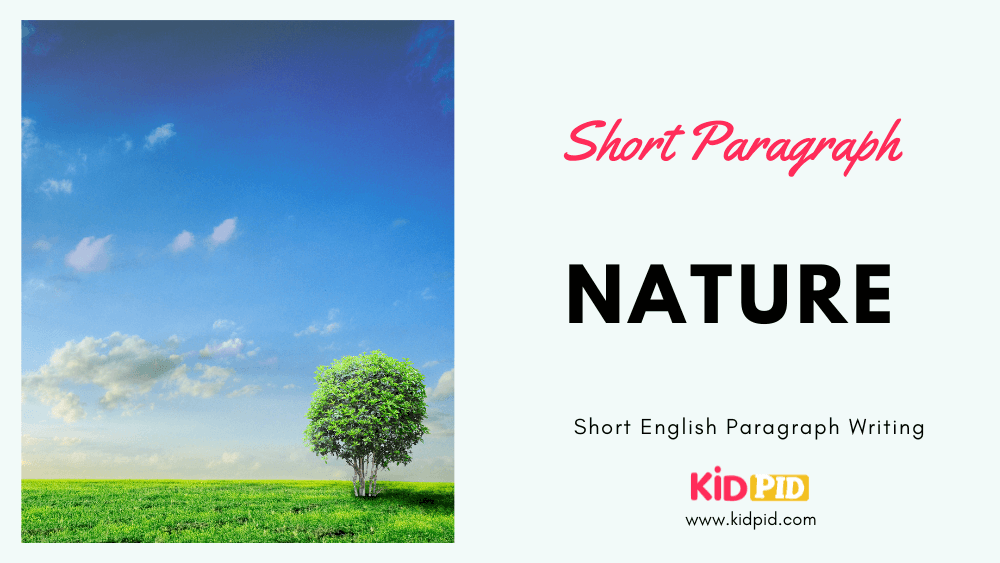 We are part of mother Nature. ‘Nature’ is one of the important topics on which students can be asked to write a paragraph in exams…