Hey there! Parts of speech are words that define a sentence grammatically. In English, there are eight parts of speech and so far we have covered nouns, adjectives, and verbs through our worksheets. This week we take a look at pronouns. This worksheet aims to educate children about pronouns.

Pronouns are defined as the words that are used in place of nouns. Such words replace nouns in sentences. When we write, we use several nouns such as names of people in sentences. It is not very efficient to keep repeating the name each time we need to refer to that person. Moreover, doing so makes it repetitive, inefficient and takes away from the beauty of the language.  Pronouns are used to counter such cases. Depending upon the noun being replaced and its function, pronouns replace the nouns in the sentence. There are a few different types of pronouns. It can be personal, possessive, definite, indefinite, reflexive, and so on. The worksheet brings exercises for first graders to learn about possessive pronouns. 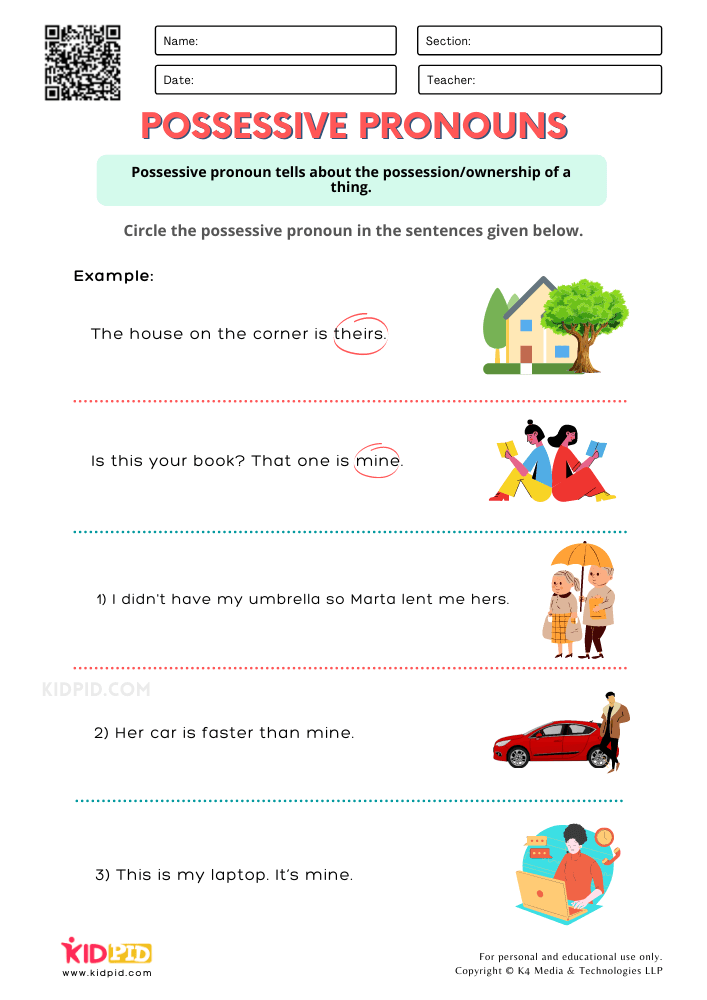 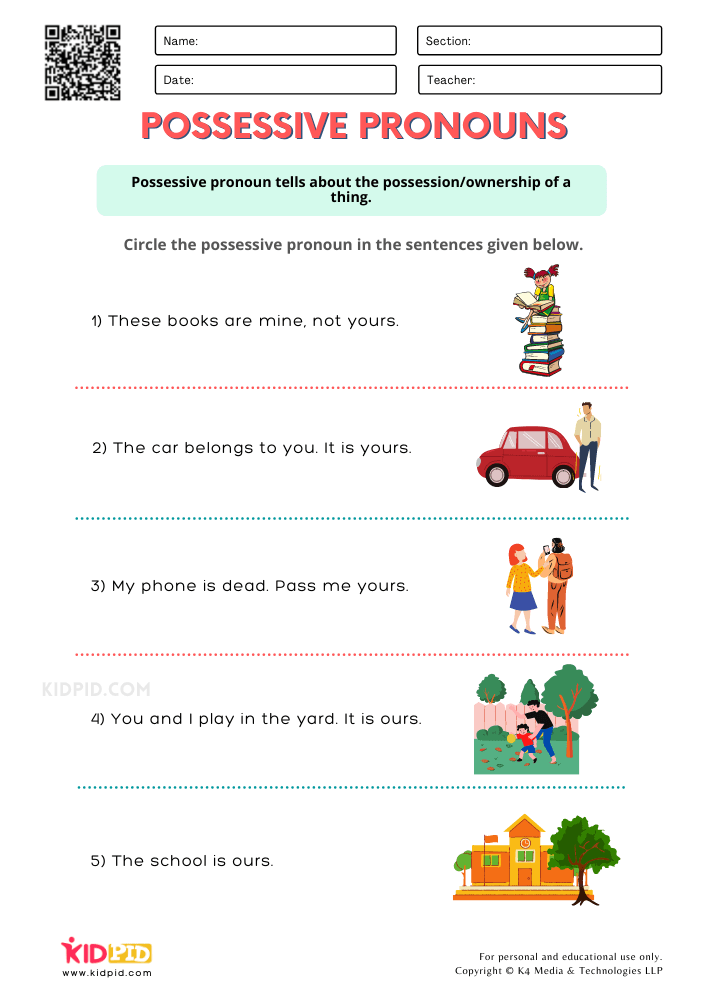 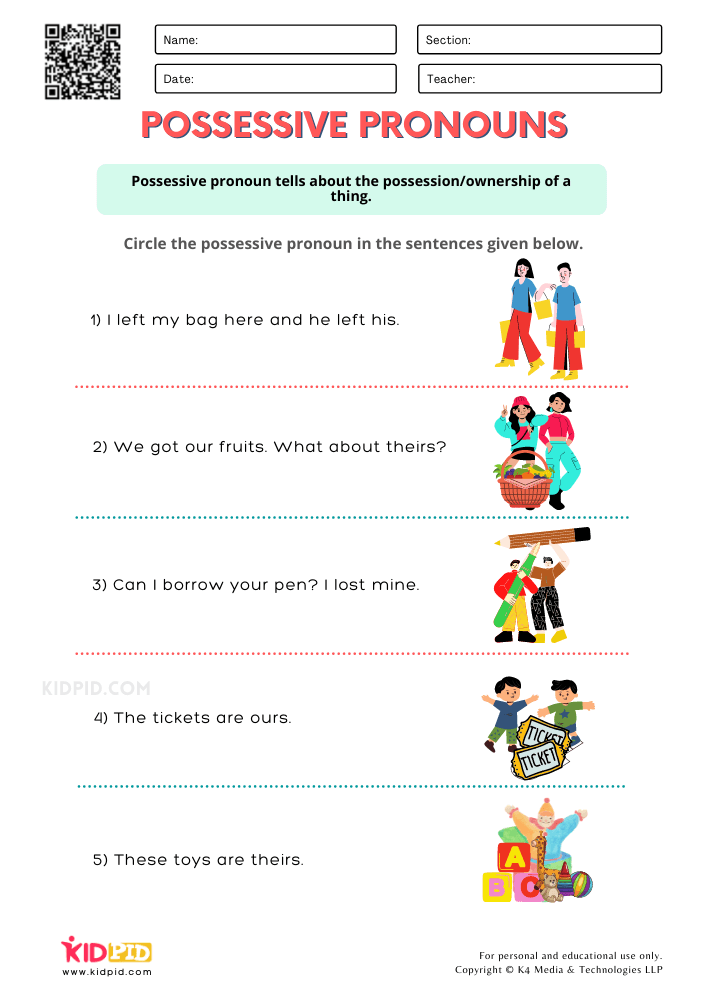 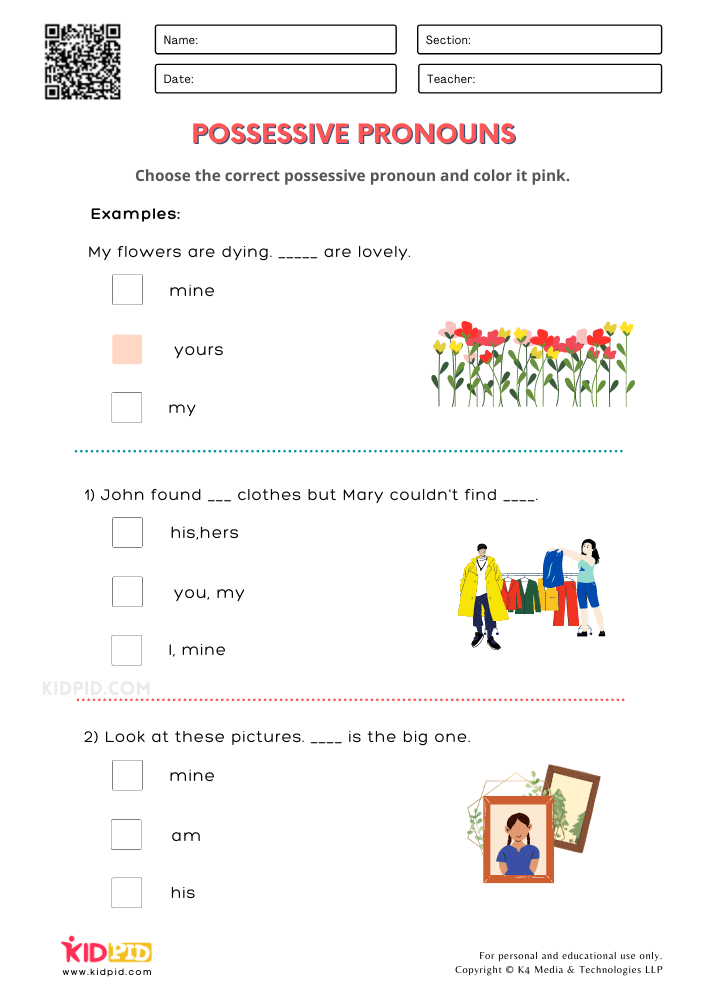 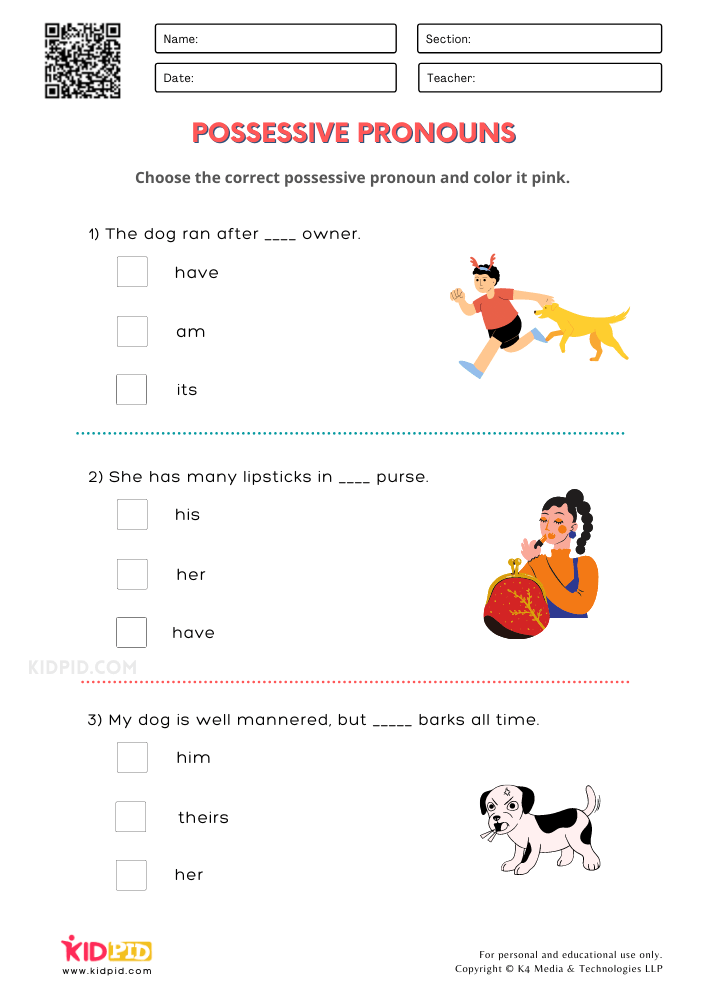 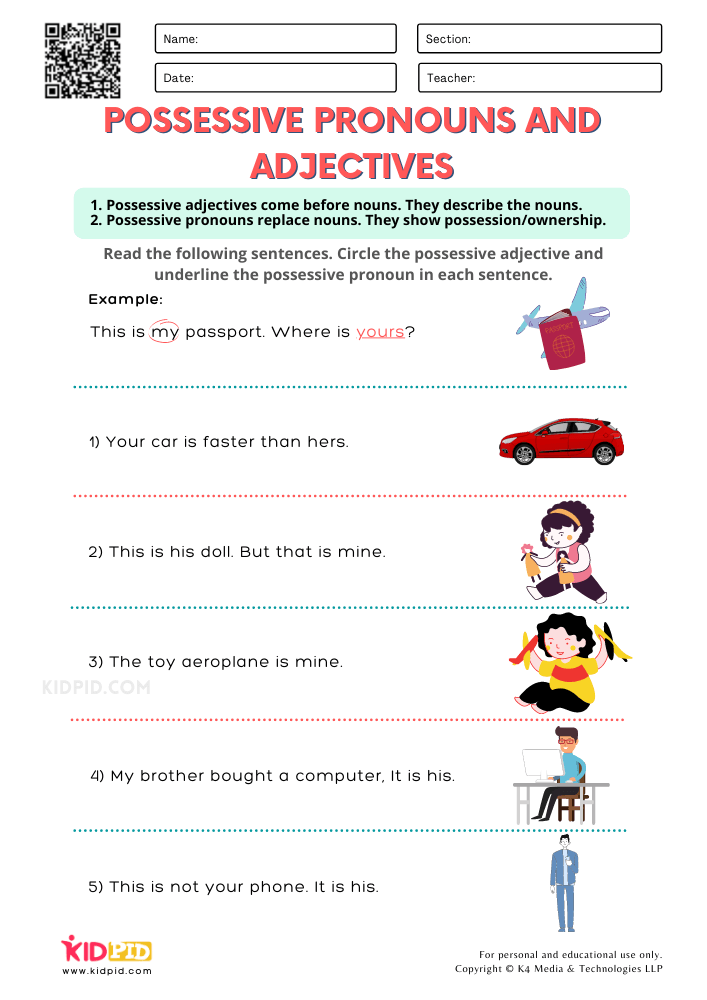 It is essential for one to learn the eight parts of speech to have a command over the language of English. Download the worksheet to teach kids about possessive pronouns. Get started now! 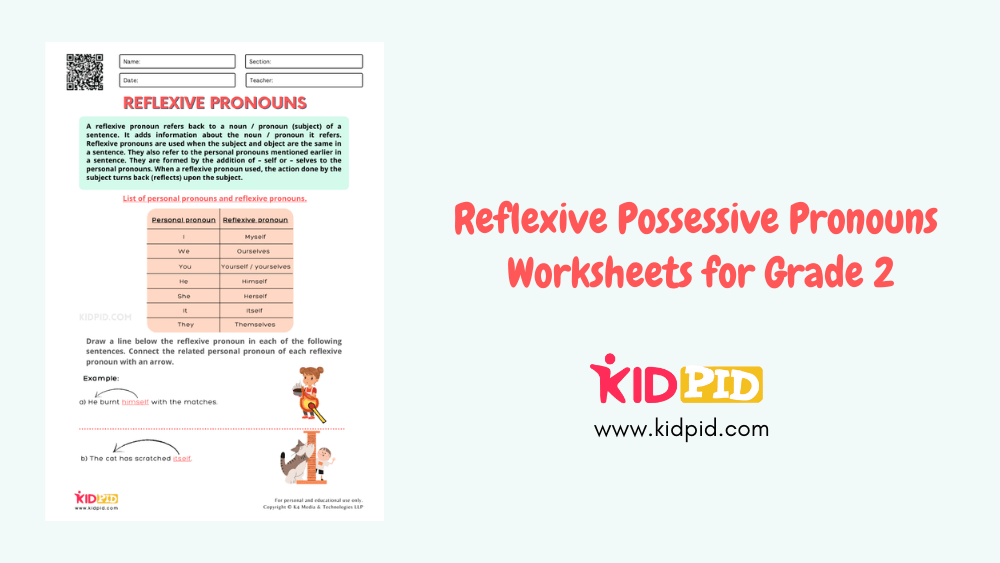 Pronouns are defined as the words that are used in place of nouns. Such words replace nouns in sentences. When we write, we use several…