The History of Stonehenge

In England, in the countryside of Wiltshire, there is a massive stone monument called Stonehenge. It is an ancient stone circle older than the pyramids of Giza. Stonehenge is probably between 4000 and 5000 years old. There is no written record of its construction. No one exactly knows the architect of Stonehenge some suggested that it was built by giants, the wizard Merlin, the Romans, the Druids and even aliens! Stonehenge is a mystery to the world and it may remain like that forever.

Deep in the heart of England, in the countryside of Wiltshire you will find a massive stone monument called Stonehenge. Located in the Salisbury Plain, Stonehenge is an ancient stone circle. It is more ancient that the Pyramids of Giza but it is not the oldest man-made monument. It dates back to the Stone Age. It is so old that there is no written record of its construction or its purpose. It is perhaps one of the most mysterious monuments of the world.

The word Stonehenge roughly translates to “hanging stones” No one knows who built it or why. There are hundreds of myths and legends about its creation. Theories about who built it have been suggested by many historians. Some suggested that it was built by giants, the wizard Merlin, the Romans, the Druids and even aliens!

This place among other things was used as a place of burial as one can see burial mounds surrounding his place but at a certain distance from the stones. It is said that burial was a major part of Stonehenge. Some believe it was made to be used as a calendar or a place to study the movement of the stars. The place could also have been built for some religious ceremonies. These speculations arise because the stones line up with not just the rising sun of the Summer solstice but also with the setting sun of the Winter solstice in such a way that the light shines through the gaps between two stones in a perfect line without being interrupted. The rituals that may have been performed during the summer solstice may have been grand processions of people walking for miles to come to Stonehenge.

There are other theories that Stonehenge may have been a healing site or an ancestral shrine. Some believe that the blue stones contain healing powers.

Stonehenge is between 4000 and 5000 years old. The construction of Stonehenge began in 3000 BC. It is believed that construction did not happen at one time but was spread across hundreds and maybe even a thousand years. The first Stonehenge was simply a circular ditch dug with antler tools around 5000 years ago. There are currently 93 stones found at the site. Archaeologists believe that all those years ago, there could have been as many as 165 stones.

By around 2500 BC larger stones had been brought to the site including giant Sarsen stones from north Wiltshire. Sarsen is a type of sandstone that is harder than granite. These could weigh as much as 30 to 45 tonnes. They are 30 feet or 9 metres tall. The horizontal slabs placed on top of these sarsens are called Lintels.

The stones were worked into shape using hammer stones and then erected using interlocking joints. The upright sarsen stones taper, or become thinner and have knobs on the top which fit into hollows at the bottom of the lintels that were placed on top of the upright stones. Curved lintels were joined by tongue and groove joints usually only found in woodworks.

Erecting these stones took 50 years and the development of entire monument took up to 800 years. In the 1900s a replica of Stonehenge was built to study the ancient construction techniques; but it was taken down. Till today Stonehenge remains a mystery to the world and it may remain like that forever. 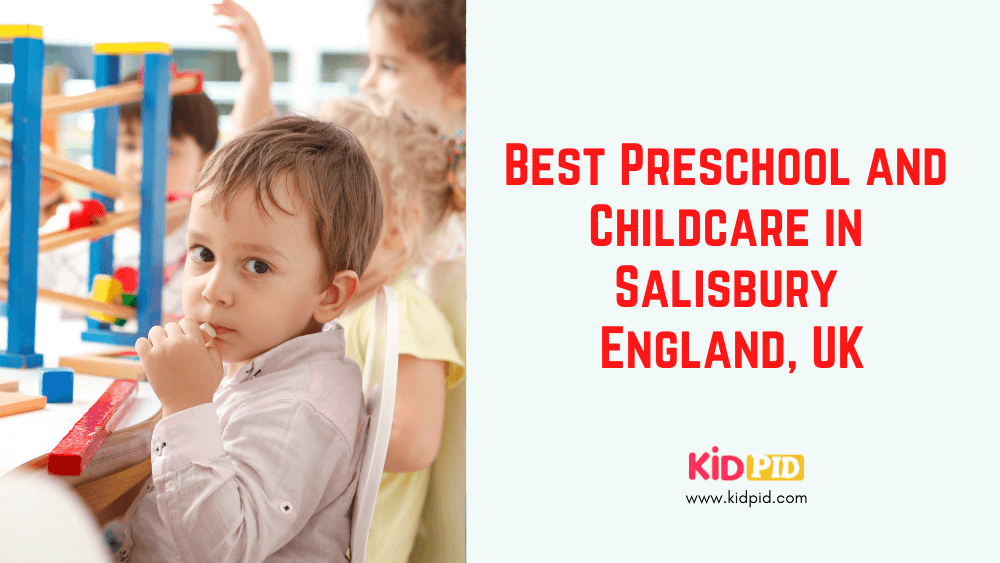 If you’re looking for the top preschools in Salisbury, you’ve come to the right place. The finest Preschools, Kindergartens, and Childcare Centers in Salisbury are…