When a number is represented in the general form, the position of each digit will be expanded. The positions start from a unit place or one’s position. The order of place value of digits in a number from right to left is ones/units, tens, hundreds, thousands, ten thousand, and so on. We 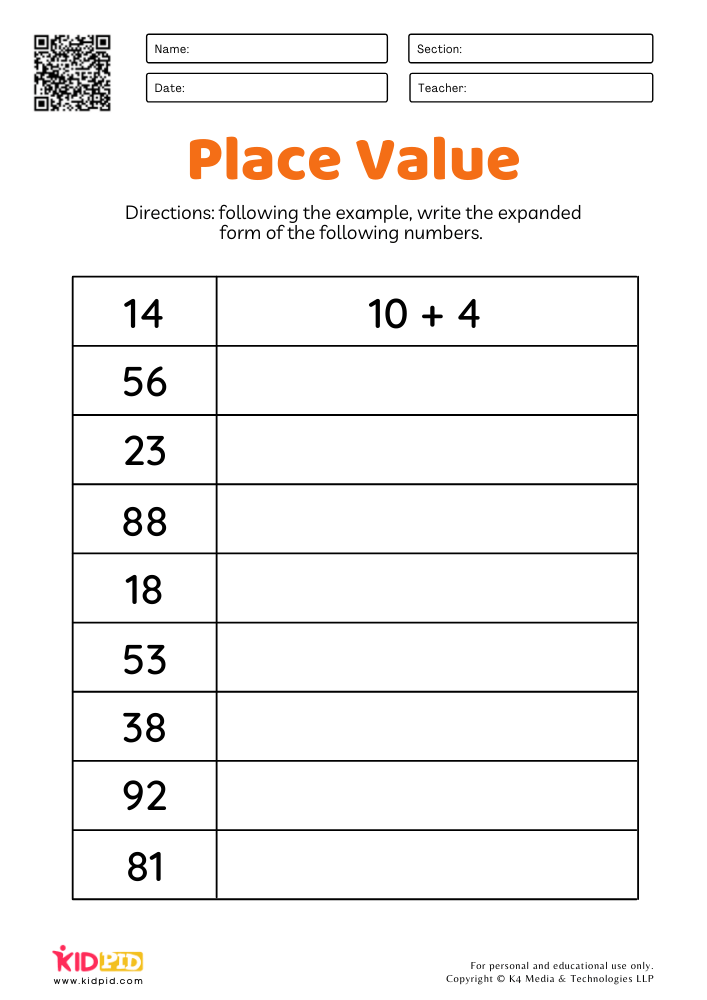 Distribute these worksheets to children. Ask them to write their name, section, date, and their teacher’s name in the are provided and then test if they can write these two-digit numbers in their expanded form. 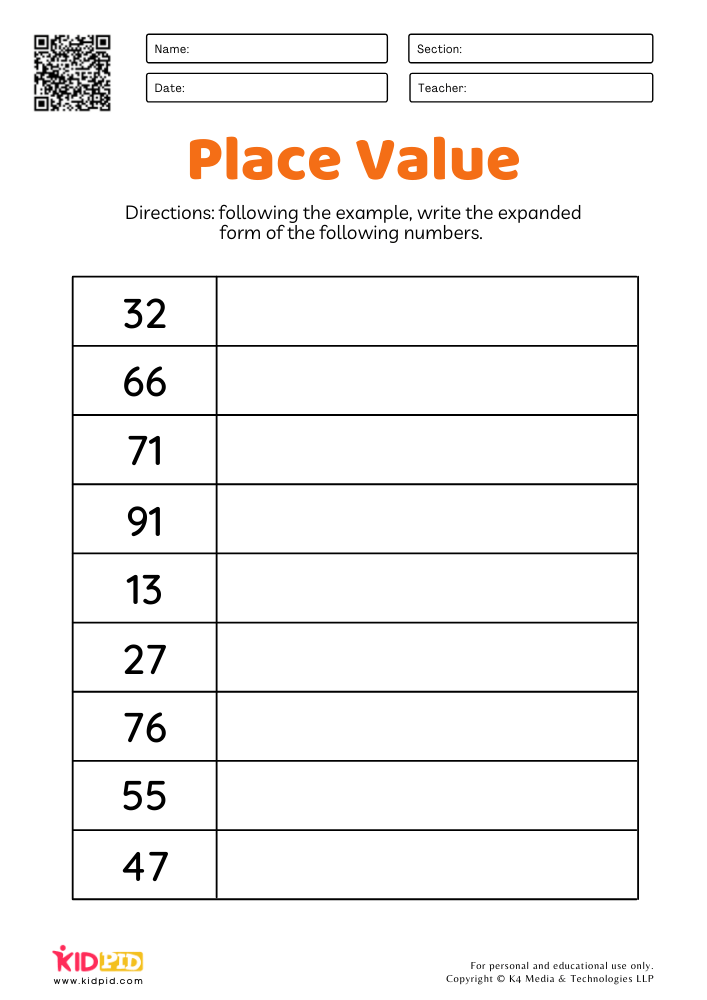 It is an important concept that is needed for basic arithmetic operations such as addition and subtraction that require the need of regrouping or borrowing. Thus it is essential that kids are taught in an effective manner by using easier exercises at first. The worksheet would help identify the tens and ones place value of the numbers. Once done, they can move to hundreds and thousands and so on. 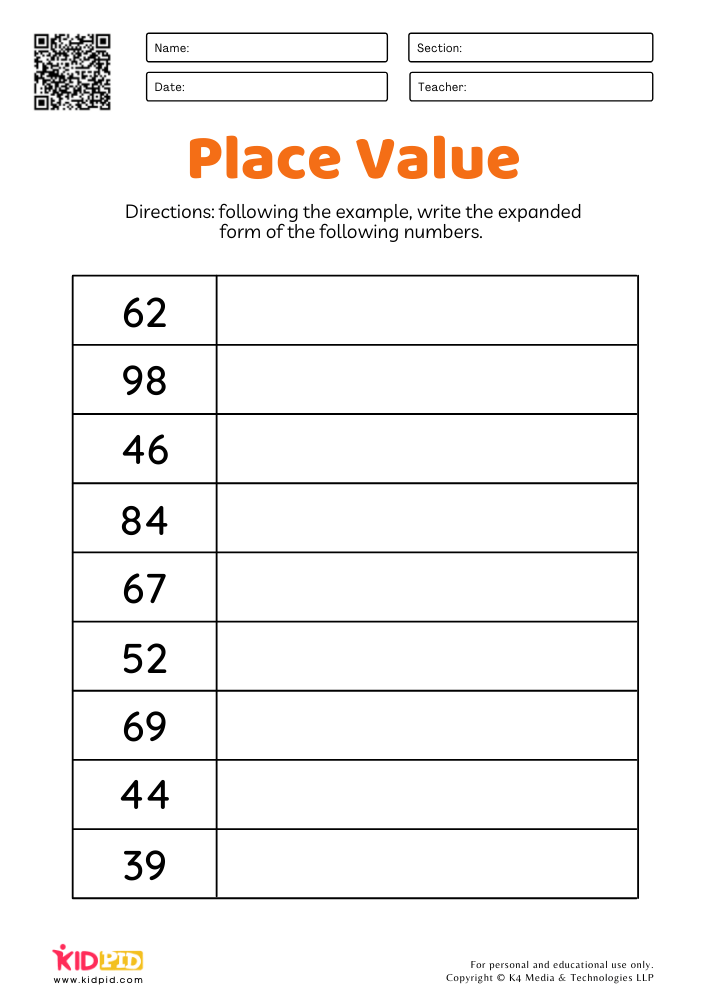 There are a total of 10 sheets. Each worksheet consists of nine questions for practice. Thus there are total 90 questions in the worksheet. This is the fourth sheet. 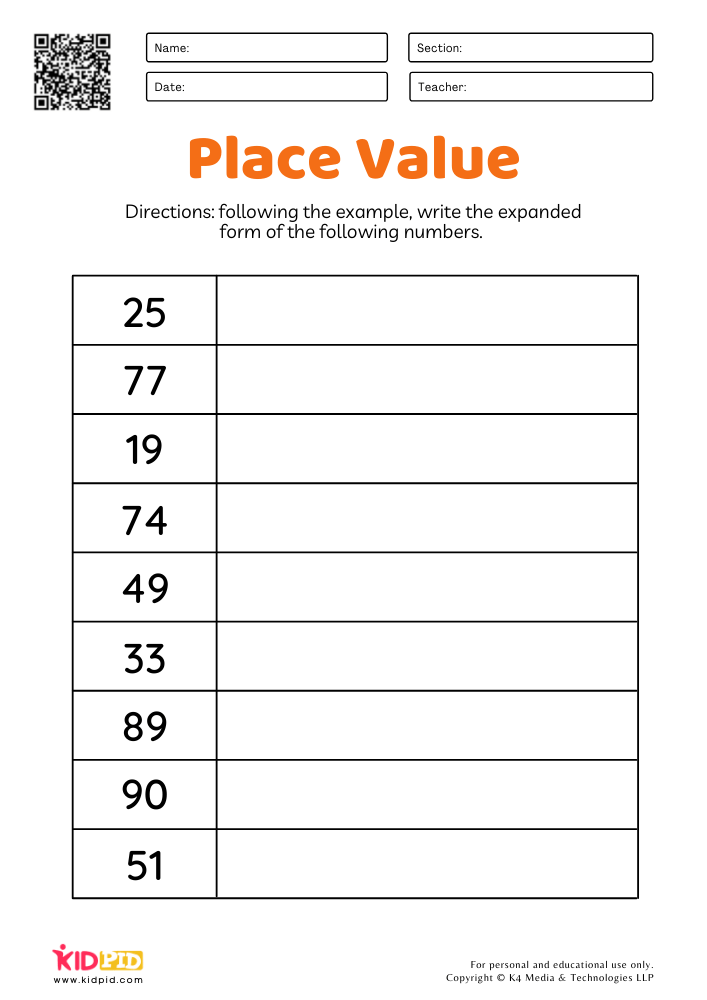 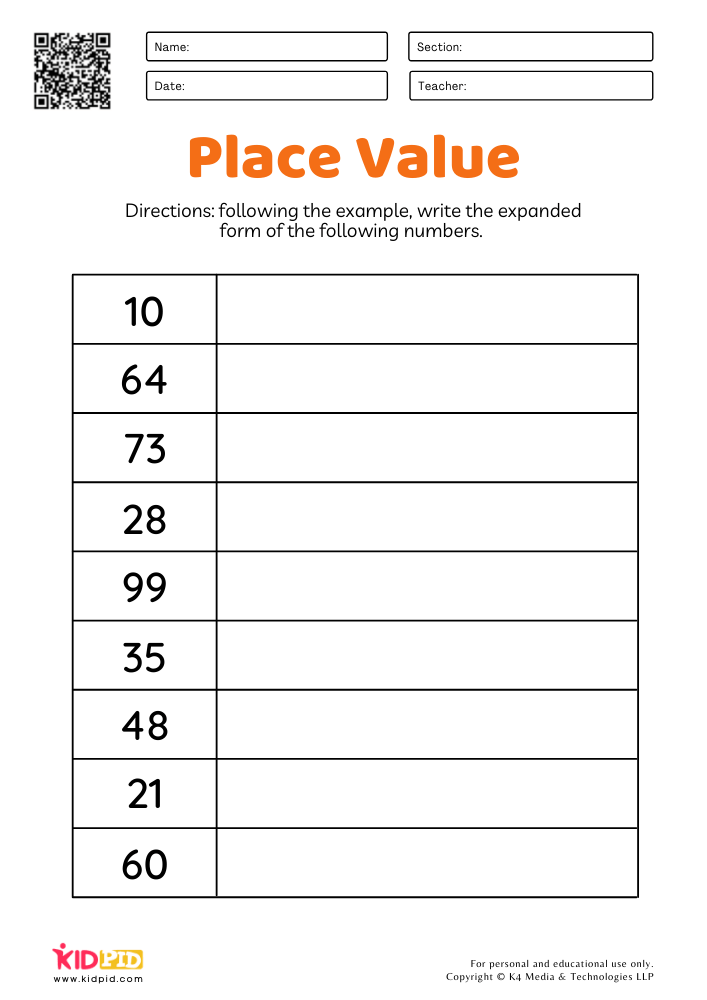 Once students have had a grasp over the concept test their understanding by introducing time-based exercises. You can distribute some of these sheets to them and ask them to be done with it within a certain period of time. This increases efficiency. 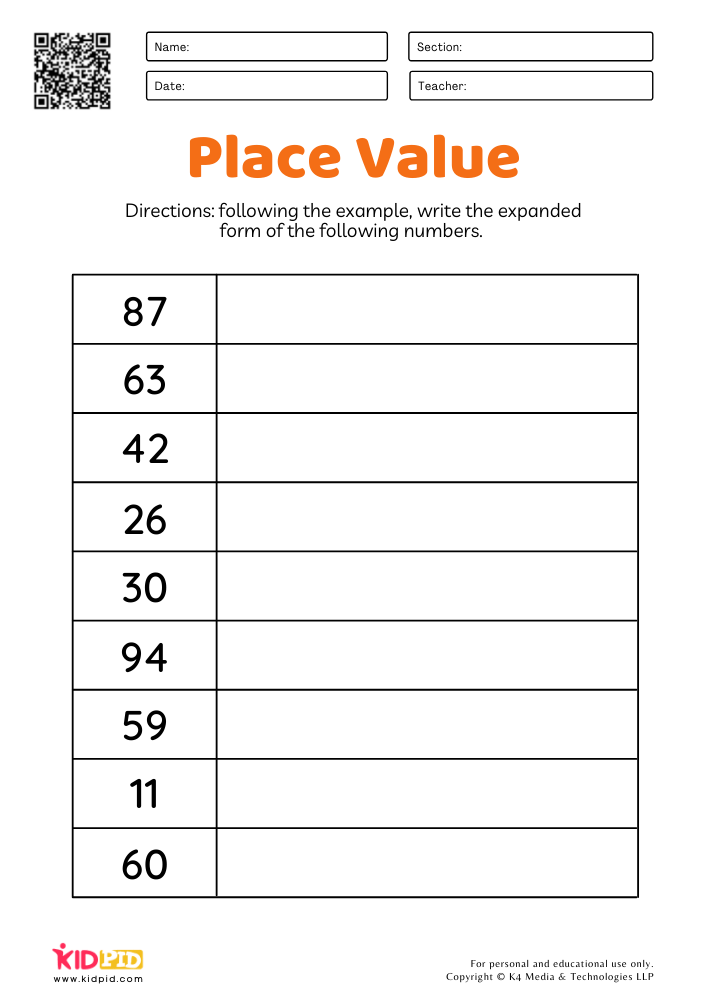 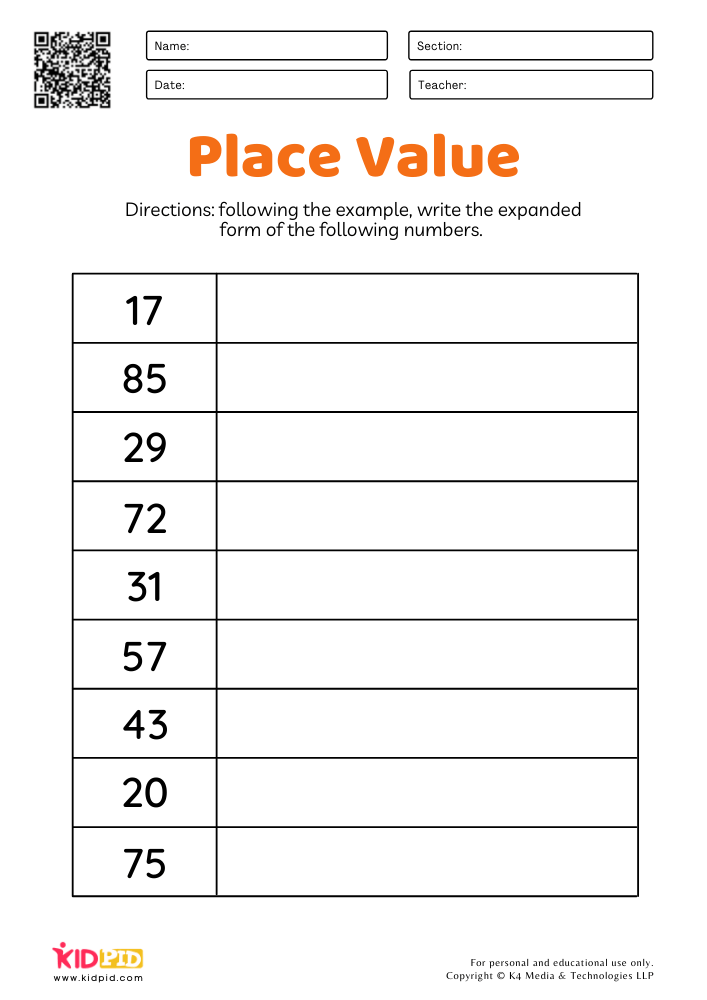 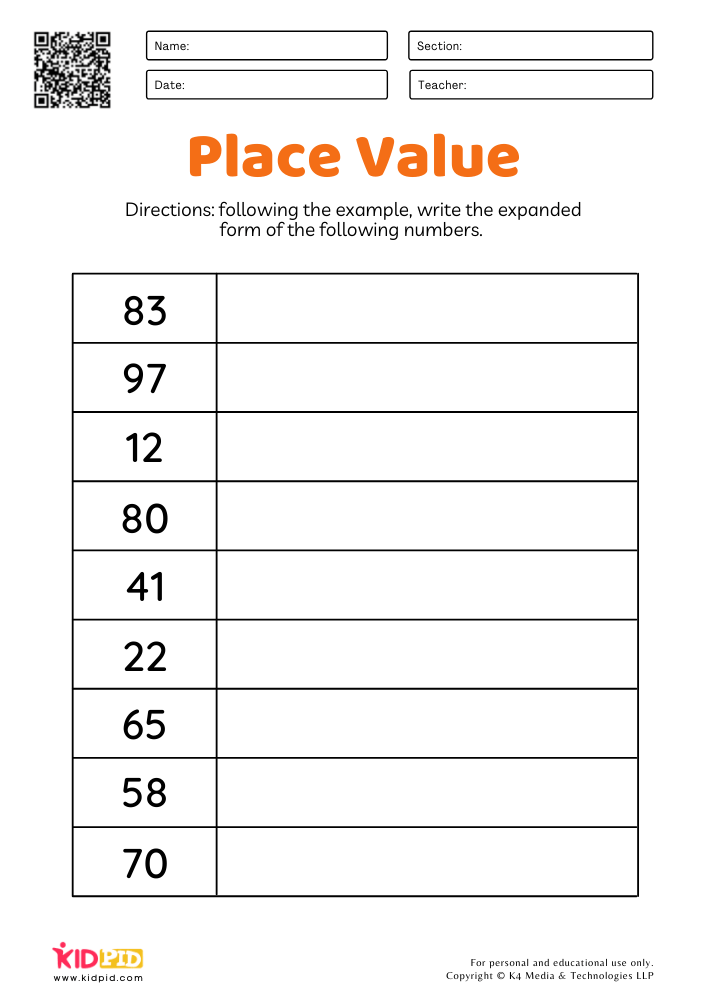 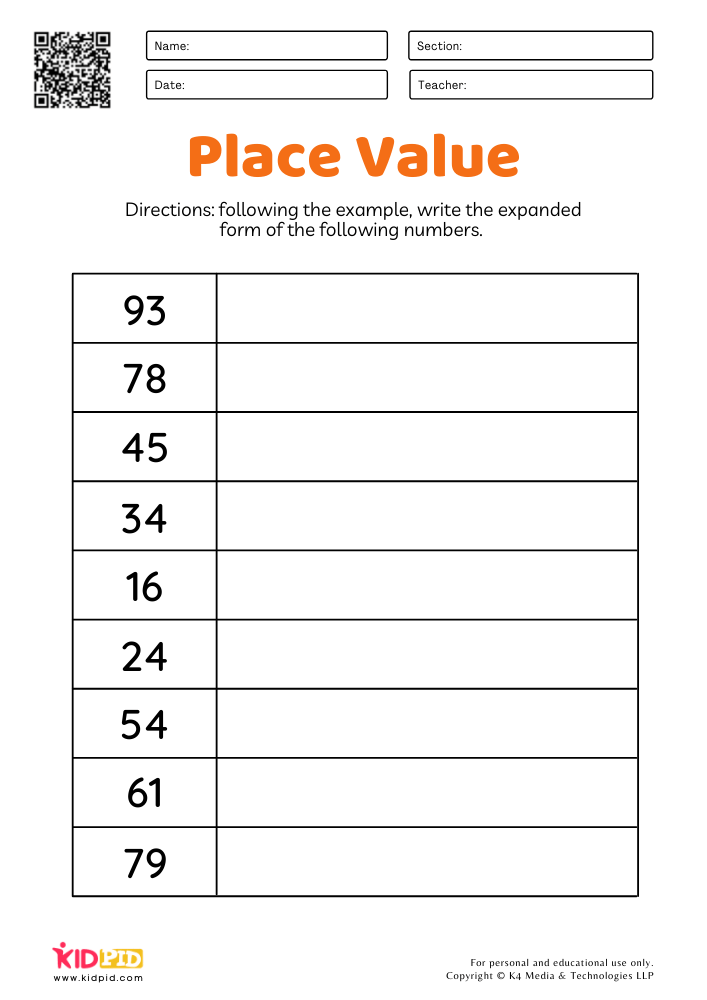 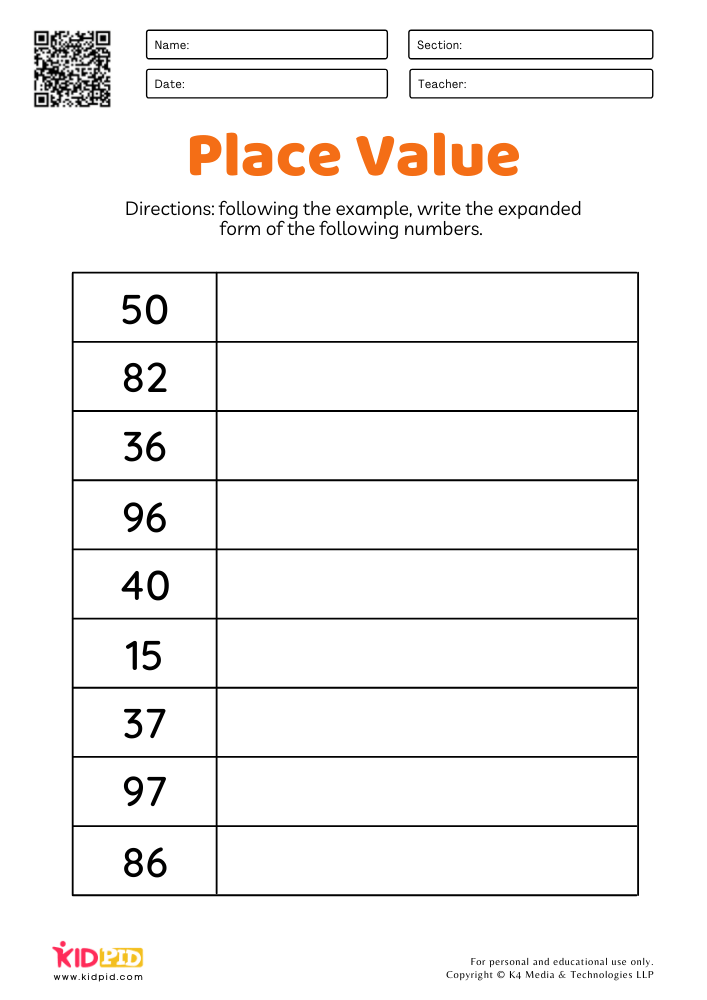 To know how to write a number in its expanded form is essential for one to excel in mathematics. It is one of the first things taught to a kid at a young age. Download the place value worksheet to get your kids started with learning the expanded form of a number. We have several such worksheets on our website. Browse for more! 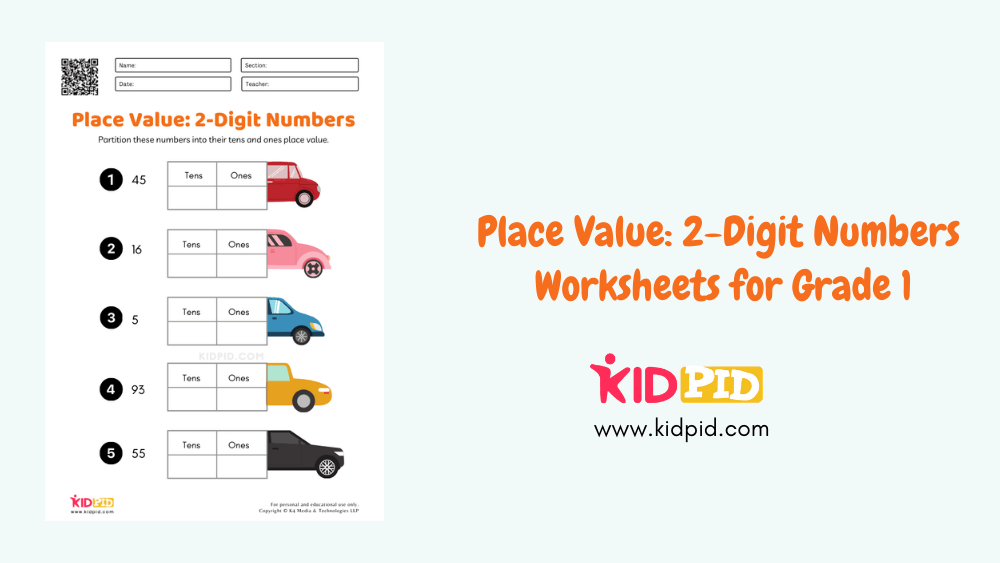 The concept of Place Value is perhaps one of the most basic and a key fundamental concept in mathematics. The total understanding of the concept…