Mathematics is an important subject that promotes critical thinking and logical analysis and is the stepping stone towards independent thinking. Young children have an inherently curious mind and the right way of teaching plays a vital role in their journey of learning and education. A child’s development is guided by their experiences, understanding of concepts, forming new ideas and through interactions with the people around them. These aspects work as an integrated whole and shape the way in which young minds perceive the world around them.

One of the first concepts that are introduced to children when they begin learning mathematics is numbers. Learning numbers is a time-consuming and tedious process. However, regular practice through writing and recall is essential to ensure that children not only learn but also retain the things they are studying.

In this worksheet, we will focus on the concept of comparison of numbers and introduce the notion of greatest and smallest in numbers. The best way to familiarize children with an idea is to introduce it through verbal examples and physical demonstrations. Numbers are used in various contexts in our daily lives. Let’s look at some examples:

Thus, by comparing two numbers we can easily determine which one is greater and which one is smaller. But what do we do when we have way more than just two numbers? How to compare a two-digit number with a single-digit number? In how many ways can the list of numbers be arranged?

We can easily arrange a given set of numbers from greatest to least or from least to greatest by following these rules: 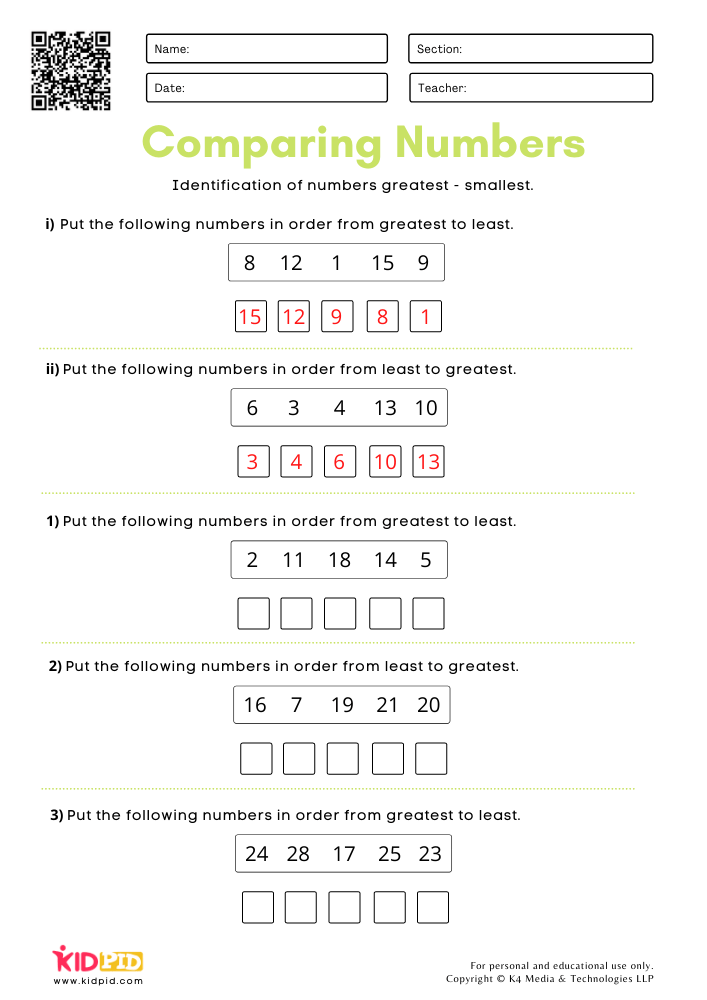 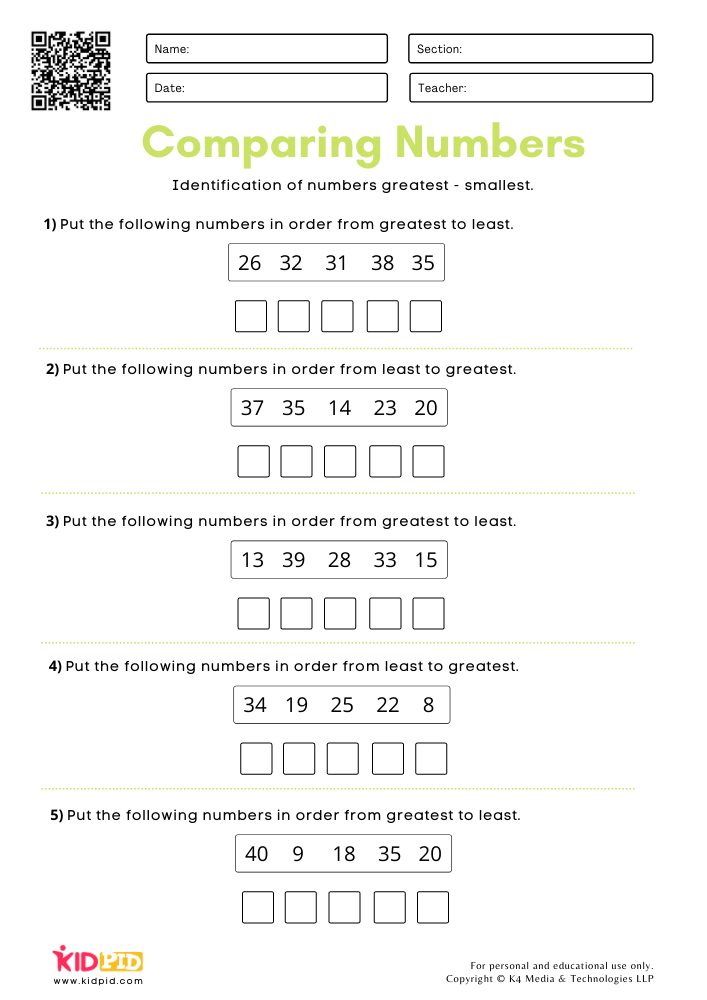 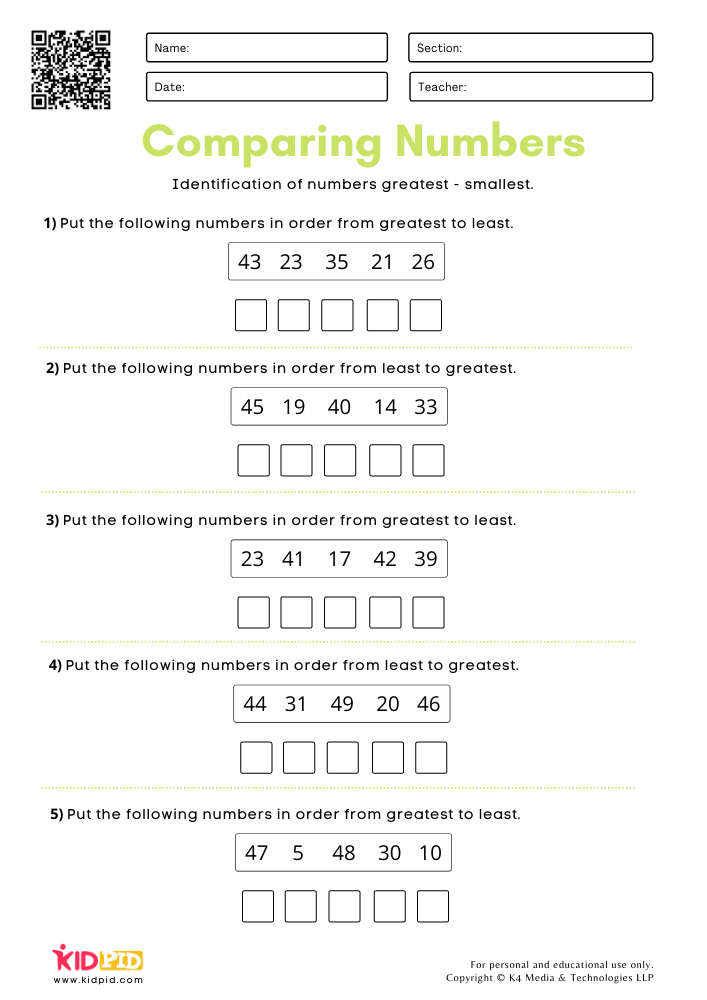 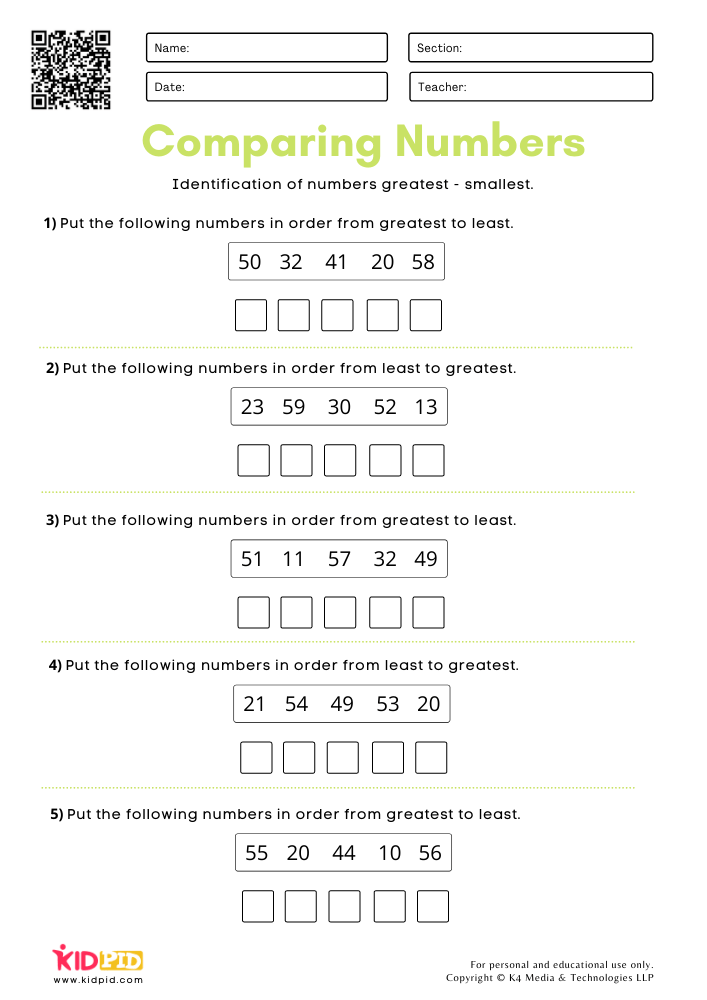 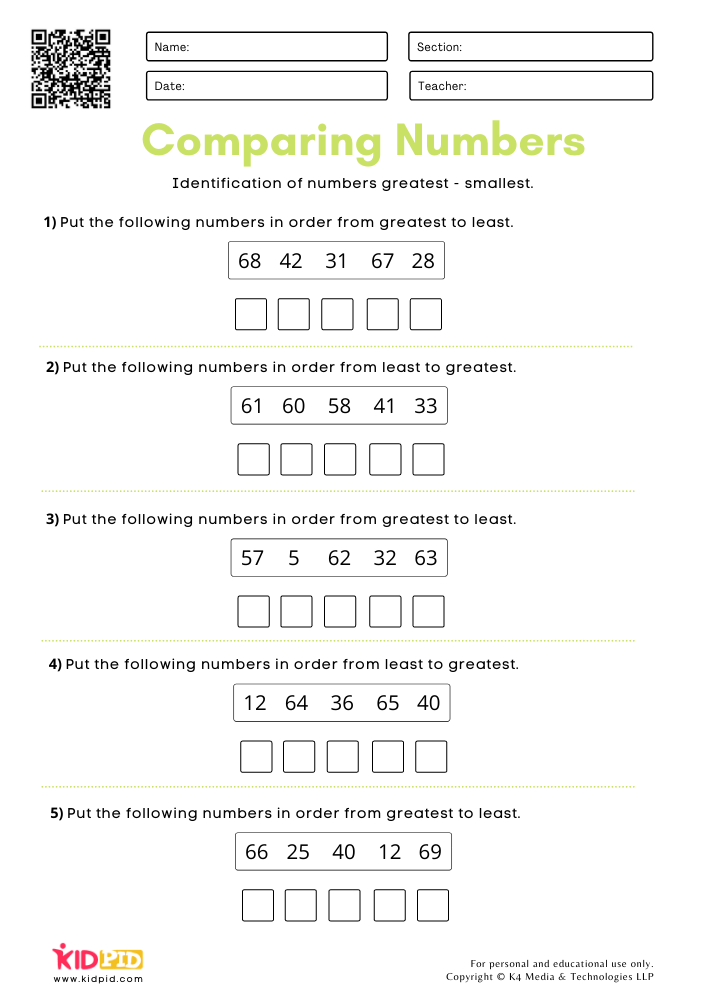 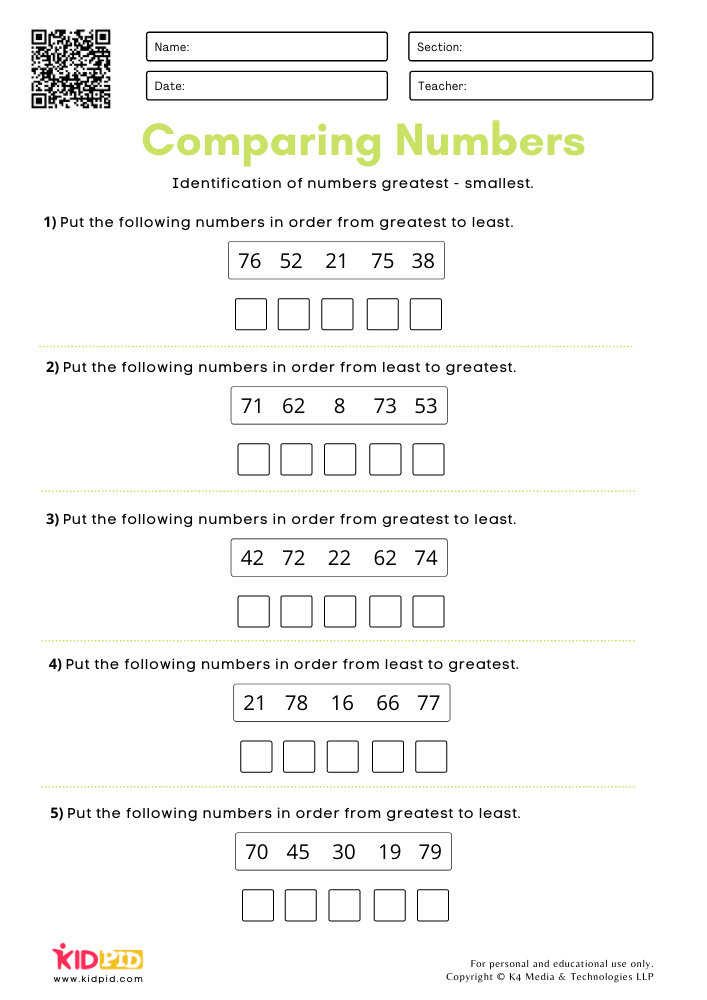 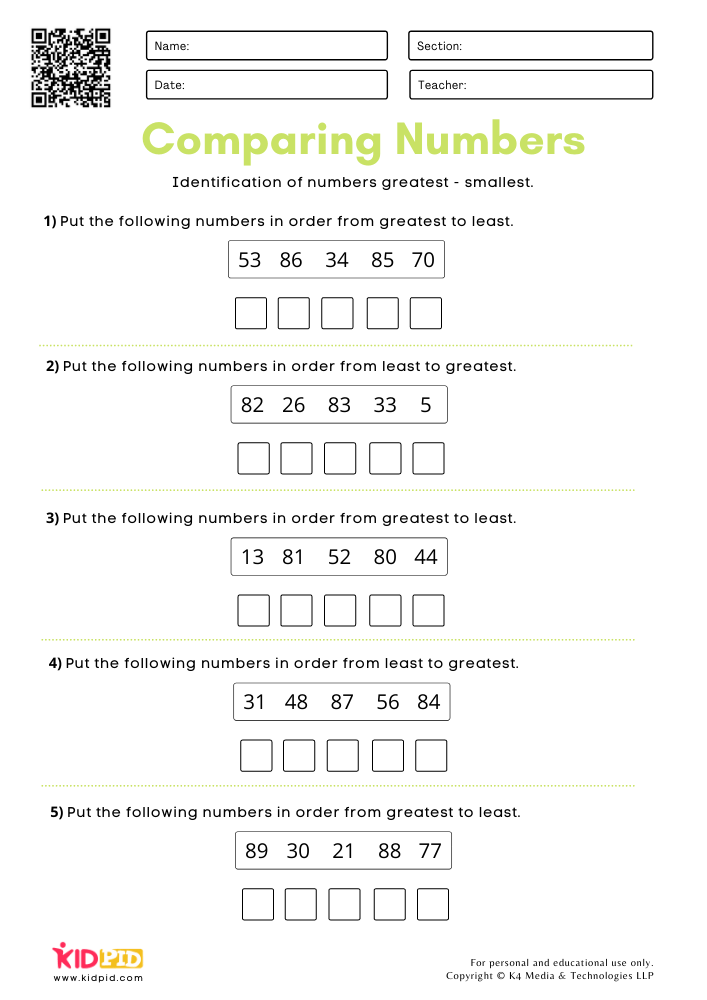 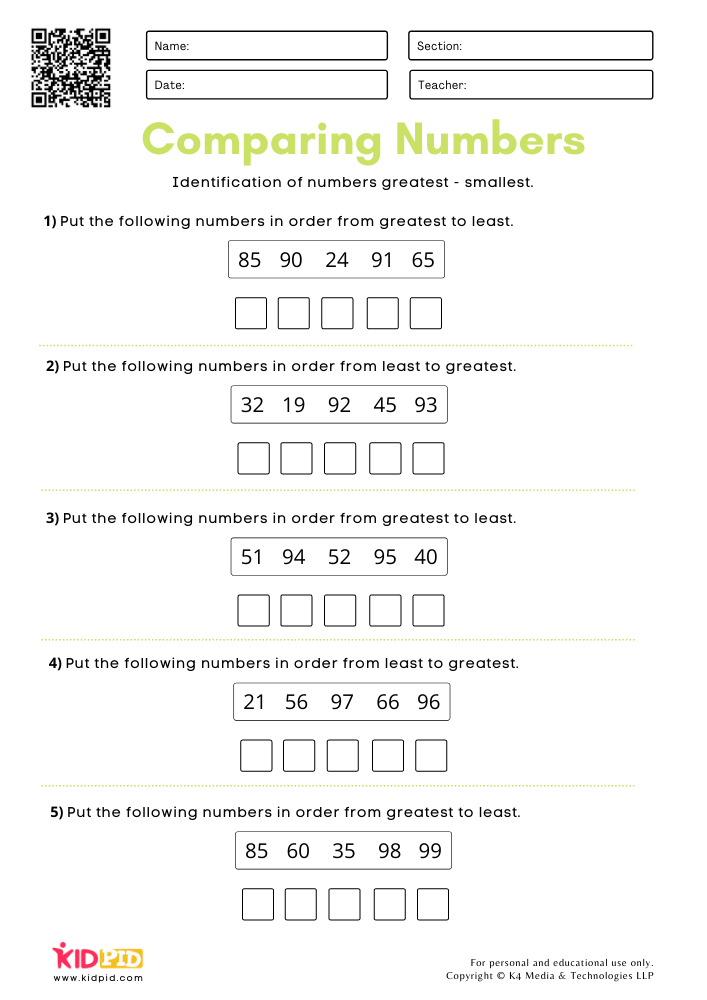 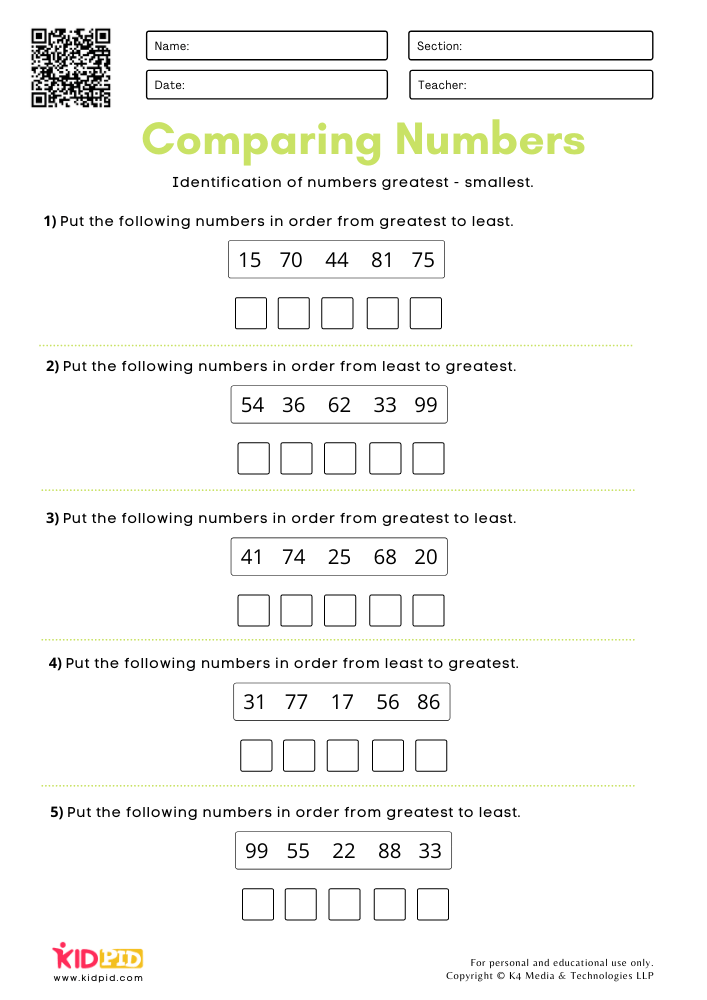 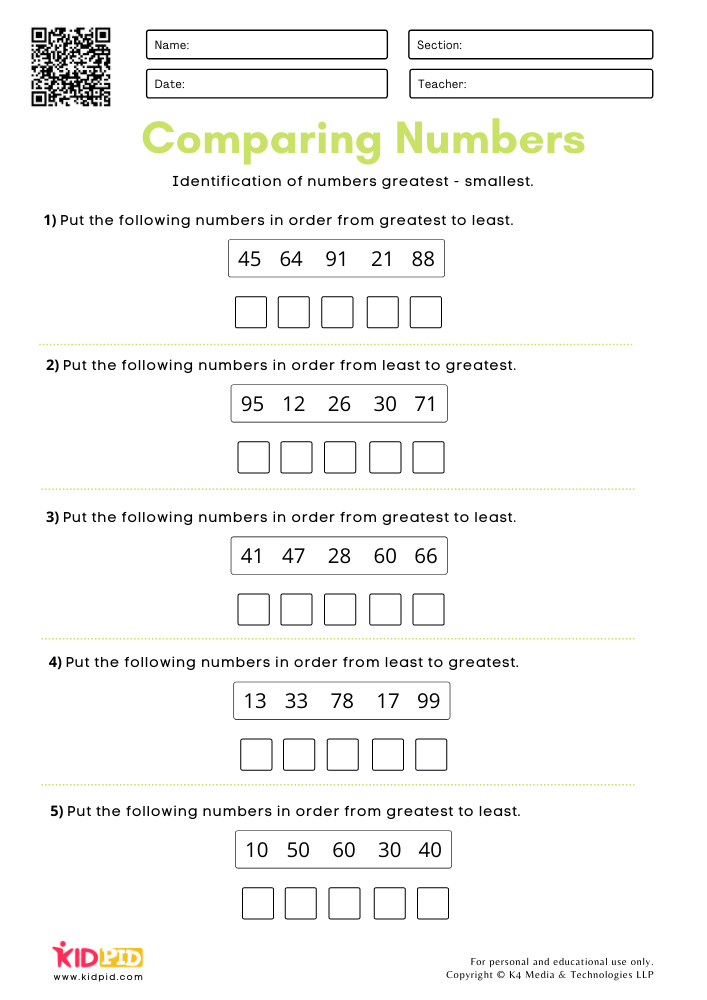 These rules must be kept in mind and applied while solving the worksheet. One simply has to identify the greatest and the smallest number given in each list and arrange the numbers either from smallest to greatest or greatest to smallest. Comparing multiple numbers at the same time can be tricky and so it is important that children are focused while solving it. This exercise will not only help them brush up on numbers and counting but will also help them easily retain a newly learned concept.

So, what are you waiting for? Download your free worksheet, print it out and get started today!