What does this worksheet include?

There are seven free noun worksheets to help you get started teaching people, places, and things.

There are nouns that are countable, uncountable, common, proper, singular, plural, collective, compound, irregular, and possessive.

A noun is a grammatical form that refers to a person, creature, place, thing, or idea. The Latin word “nomen,” which means “name,” is the source of the English term noun. There are words that are objects in every language. Consider a few terms that could fit into each group while you read the subsequent explanations.

Trying to distinguish different words when we first start learning the components of speech might feel like a test. With practice, this method becomes less hard. To help you get started, here are a few noun illustrations. Every word in every phrase has been emphasized.

Individual — He is an individual to see.

To make a full phrase, you’ll need both nouns and verbs. This makes nouns and verbs a wonderful place to start when teaching your kid about components of speech. Help her comprehend sentence structure by explaining the differences between a noun and a verb, as well as how the two work together to form the basis for a phrase. If you make the exercises entertaining and relevant, learning nouns and verbs do not have to be a chore.

To assist pupils to comprehend what a noun is, use things around the room. Ask pupils to look at the room and name items to demonstrate your idea. Then explain that nouns are all of those items. “Nouns are the words we use to describe people, places, and things,” you can say.

Instructions to use this worksheet

Every parent wishes for their children to be able to communicate effectively in English. It is necessary to be proficient in its grammar in order to do so. The eight components of speech are the first step in a child’s grammatical journey. The parts of speech determine how a word operates both grammatically and in terms of meaning inside a phrase. The noun is the first part of speech introduced to children among the eight.

Students can use the ‘Identifying Noun Worksheets’ to practice identifying nouns. The pupils must identify the words supplied on the sheets in the form of visuals in the following tasks. They must select the appropriate term, fill in the blanks, and color the appropriate box. For example, the image in the first one is of a tree, therefore students must color the box next to the word tree and fill in the blank area. Before beginning the activity, have your student write his name, section, date, and teacher’s name on a piece of paper.

How to identify nouns in sentences?

A noun is a term that describes someone, somewhere, something, or a concept. House and tree are examples of common nouns that are not capitalized. Proper nouns are particular names that are usually capitalized, such as Brooklyn or Joe. To find a noun within a phrase, attempt to figure out what the verb is, check for capitalized names, and see if there’s an article to use as a reference point.

To find the related noun, look for the primary verb in the phrase. A verb is a term that defines the activity of doing something. The verbs grab, sing, and play are all verbs. The verb in the sentence is almost always closely related to the sentence’s topic. Determine who or what is responsible for carrying out the action in the sentence.
“She lifts weights” is a sentence in which “lifts” is the verb and “she” is the noun. 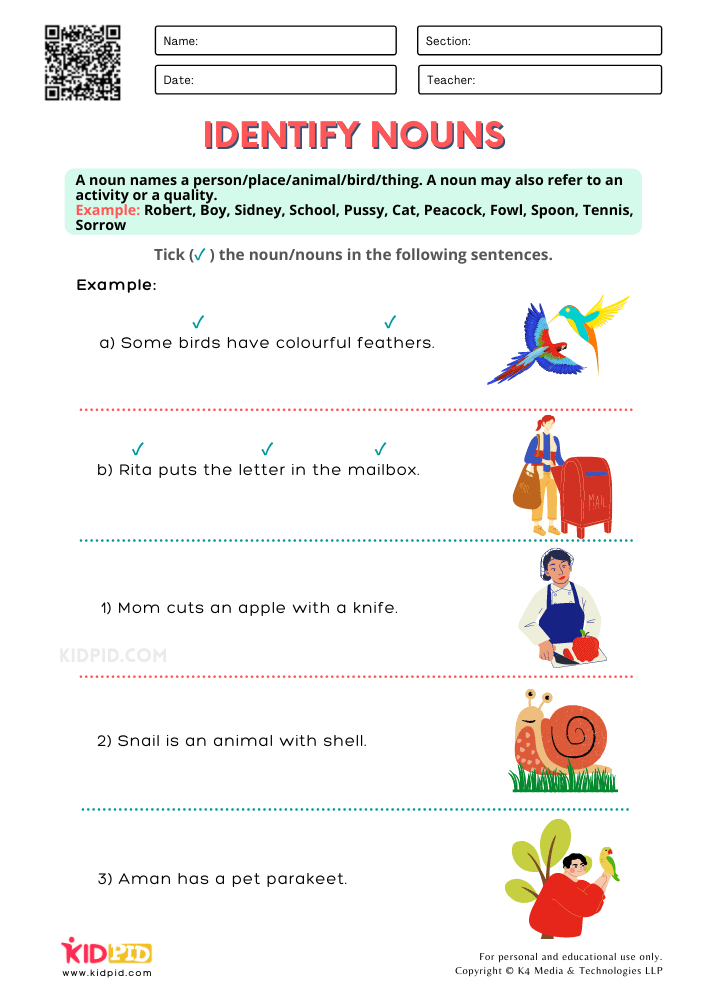 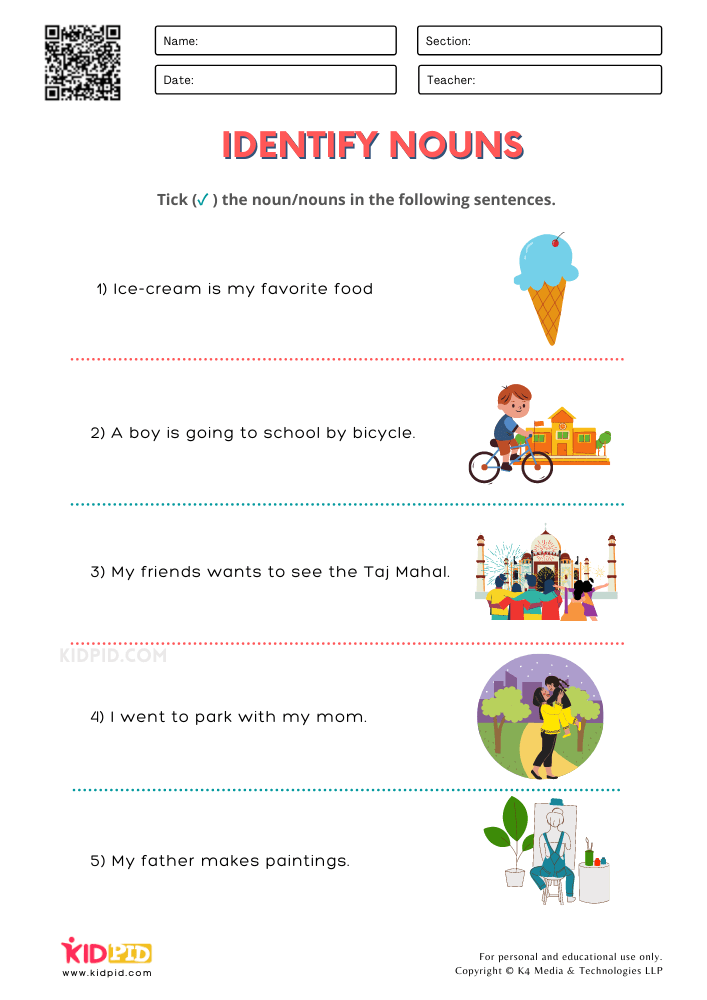 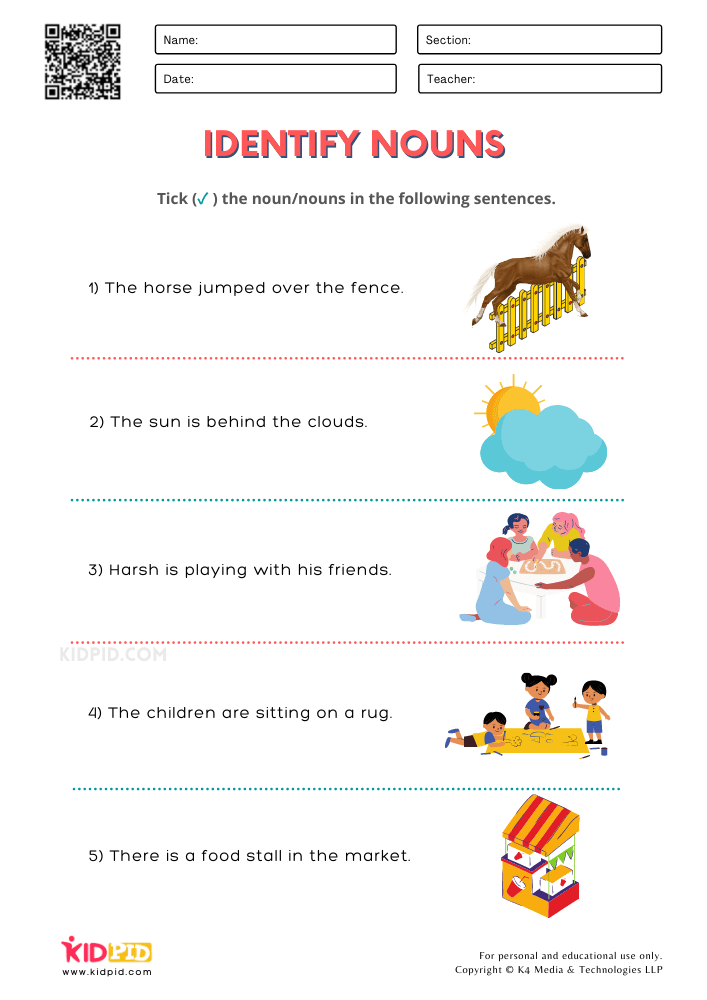 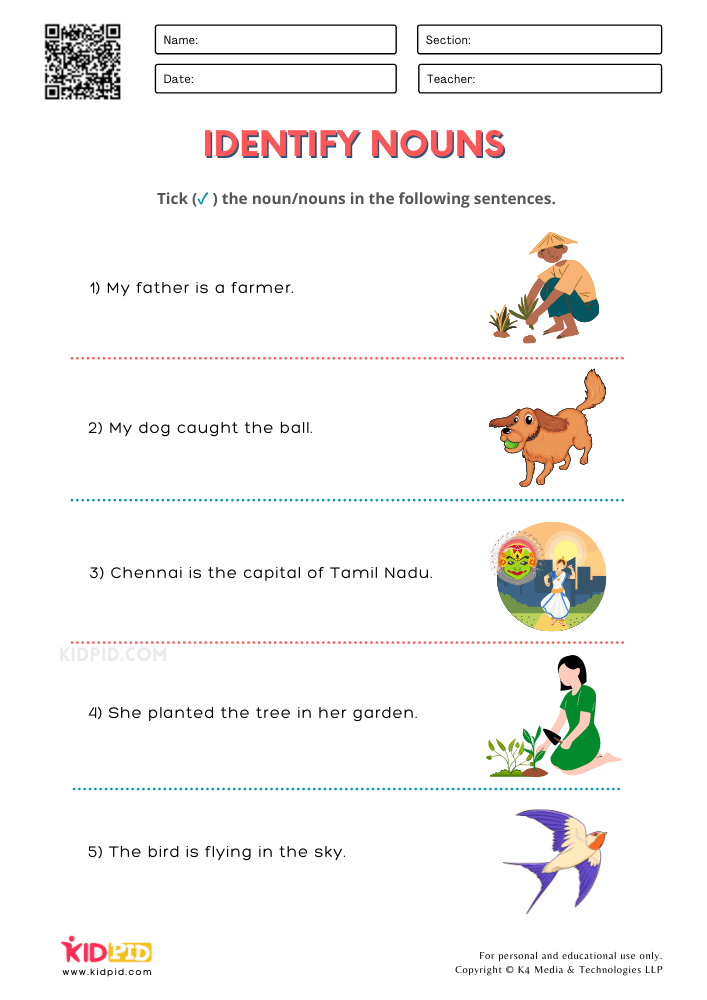 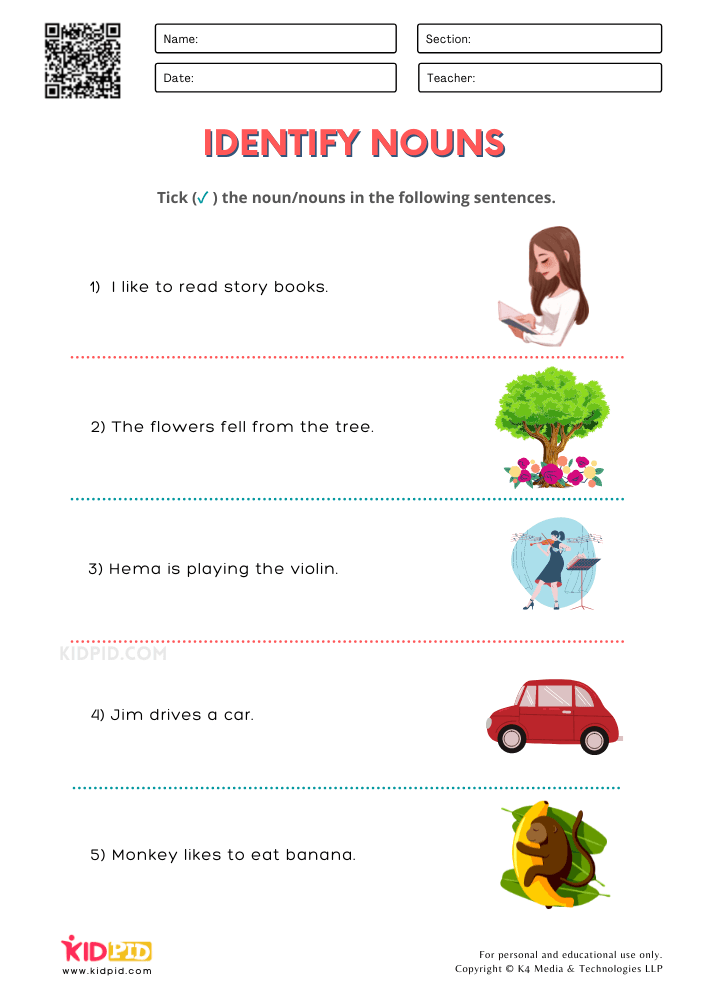 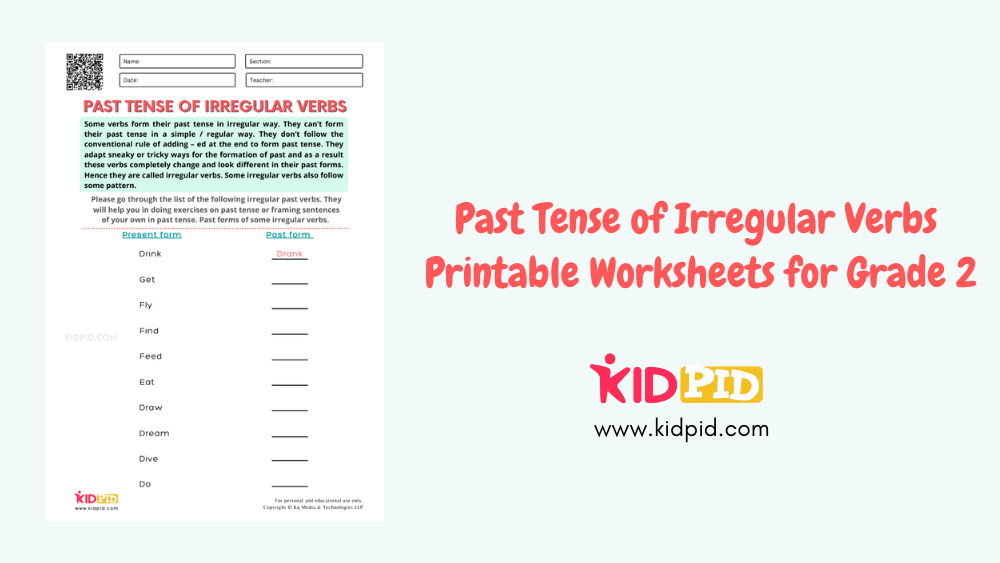