In this day and age, it is almost a necessity to know the language of English. Since it is an official language in most countries, parents of young kids want them to excel and have a good grasp of the language in hope of a better future for them. It is to be noted that one can’t learn a language accurately through unconscious assimilation. Each language is governed by a certain set of rules that dictates the correct linguistic habits. The knowledge of grammar is essential for one to learn the language of English or any other language for that matter.

When starting with English grammar, children are taught about the parts of speech such as nouns. A noun is defined as a word that names something, such as a person, place, thing, or idea. In simple terms, it is a word that refers to someone, somewhere, or something. It can also name an activity or emotion. It functions as the name of a specific object or set of objects such as places, creatures, objects, etc.

The worksheet aims to help children learn some common collective nouns. As mentioned earlier, it can be a word or a phrase. For an instance, a group of owls is known as a parliament and a group of students can be called a bunch of students. In the following exercises, children have to read the sentences and check whether the collective noun is used properly or not.

If it is used correctly. they need to color the block blue, otherwise, they have to color it pink. 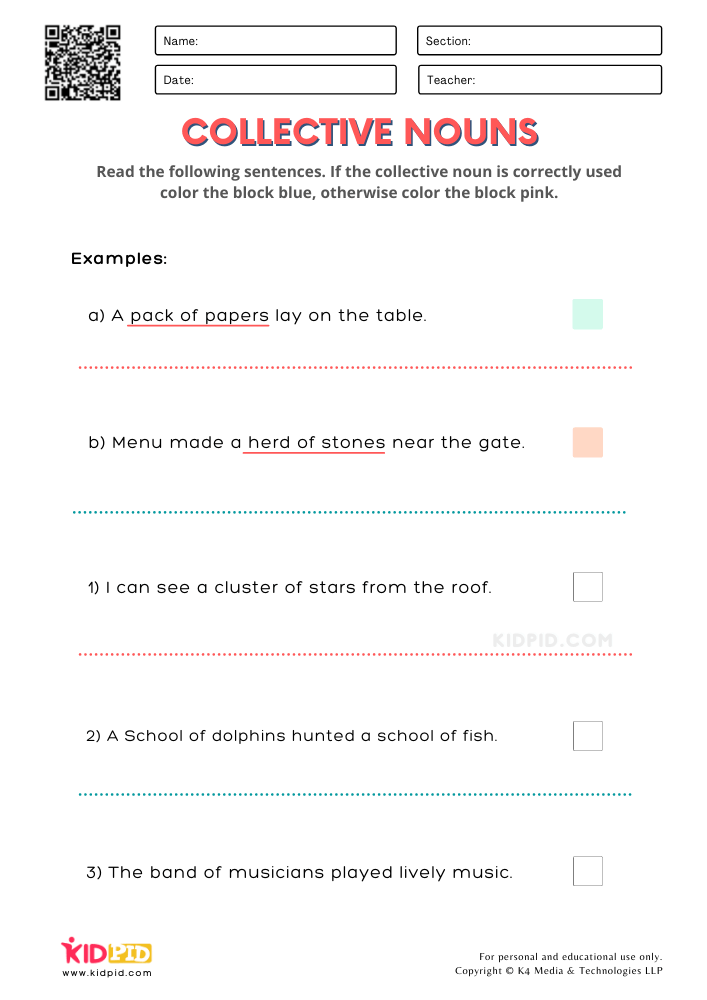 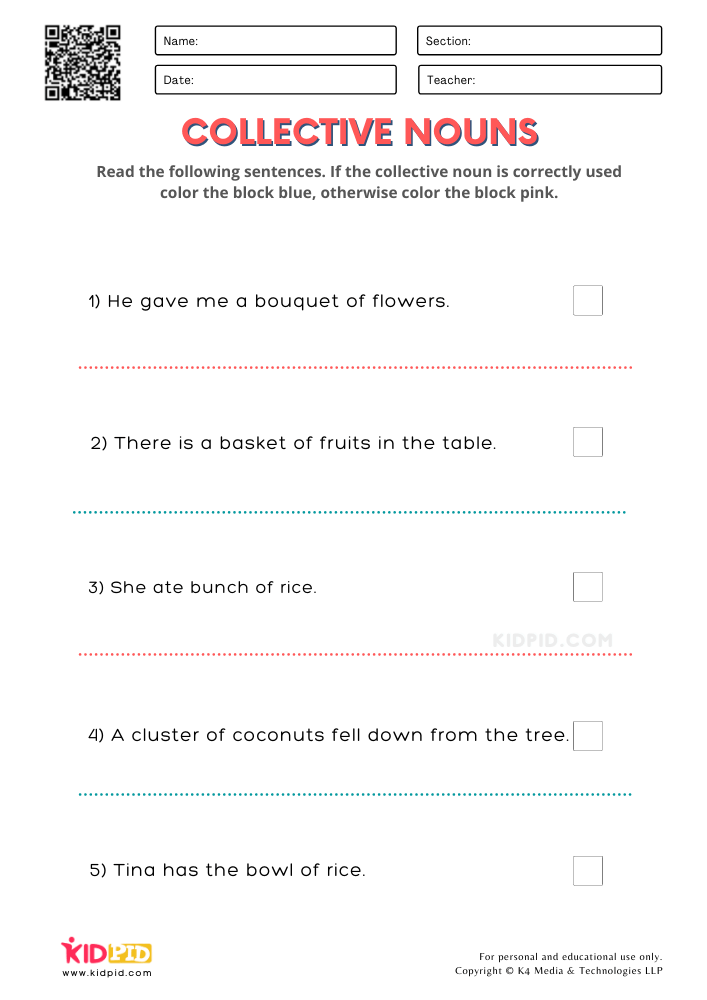 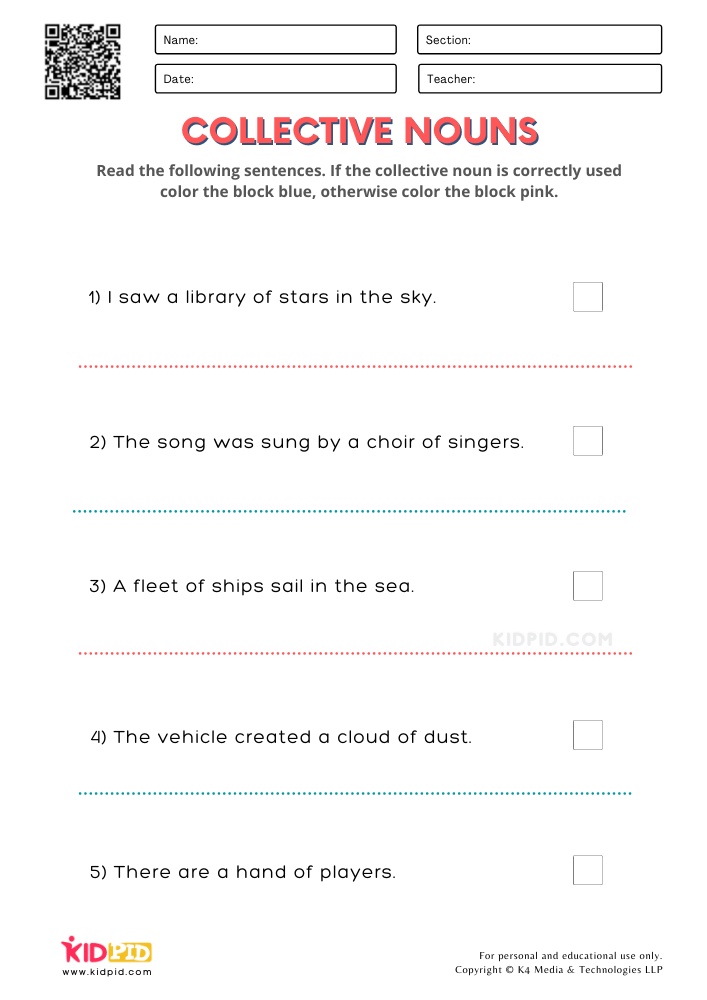 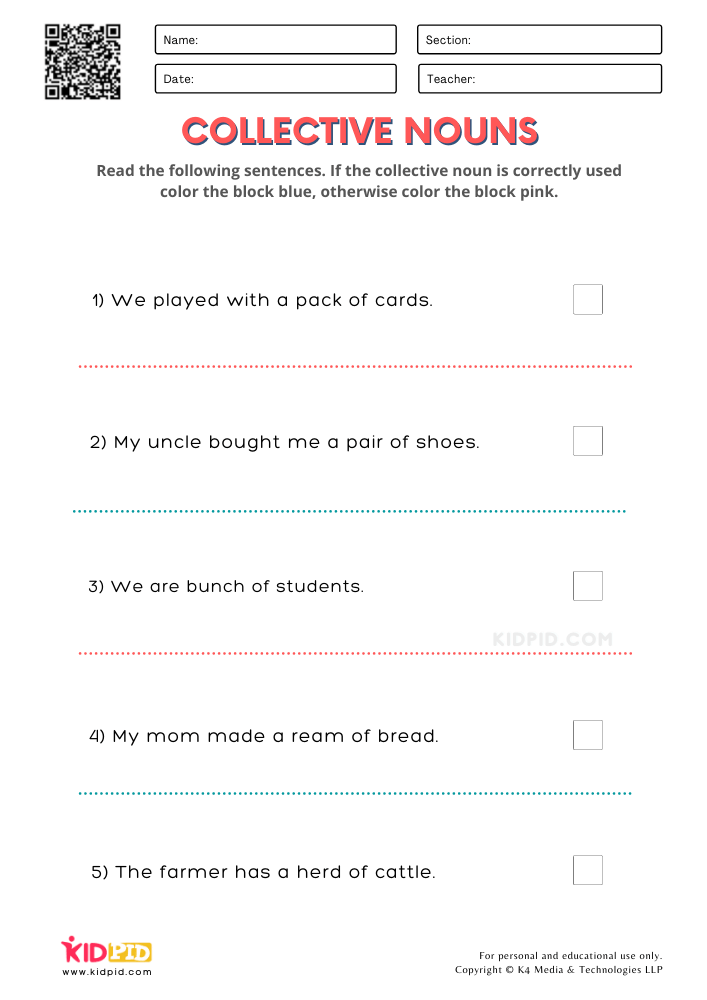 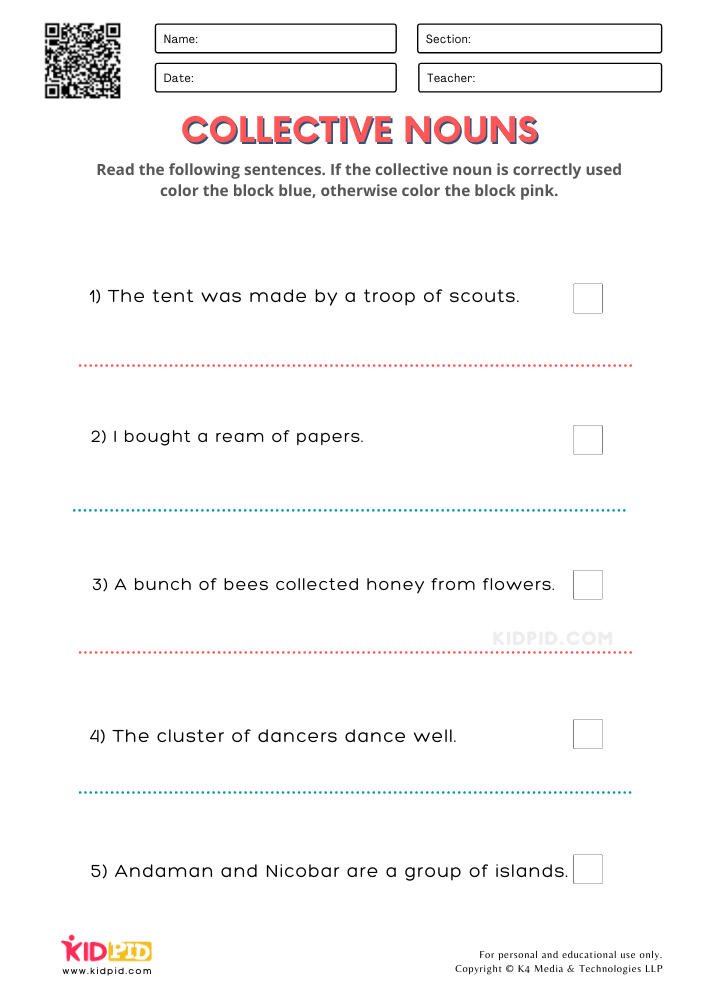 The worksheet consists of four different sheets to allow for enough practice. Keep in mind that students need to have some idea of common collective nouns before attempting this worksheet. They can always learn some new ones from the sheet which they might have not known before. Download, print, and distribute it among the class to get started!