The following worksheets help build the grammatical knowledge of your kids with the help of exercises to identify prepositions. 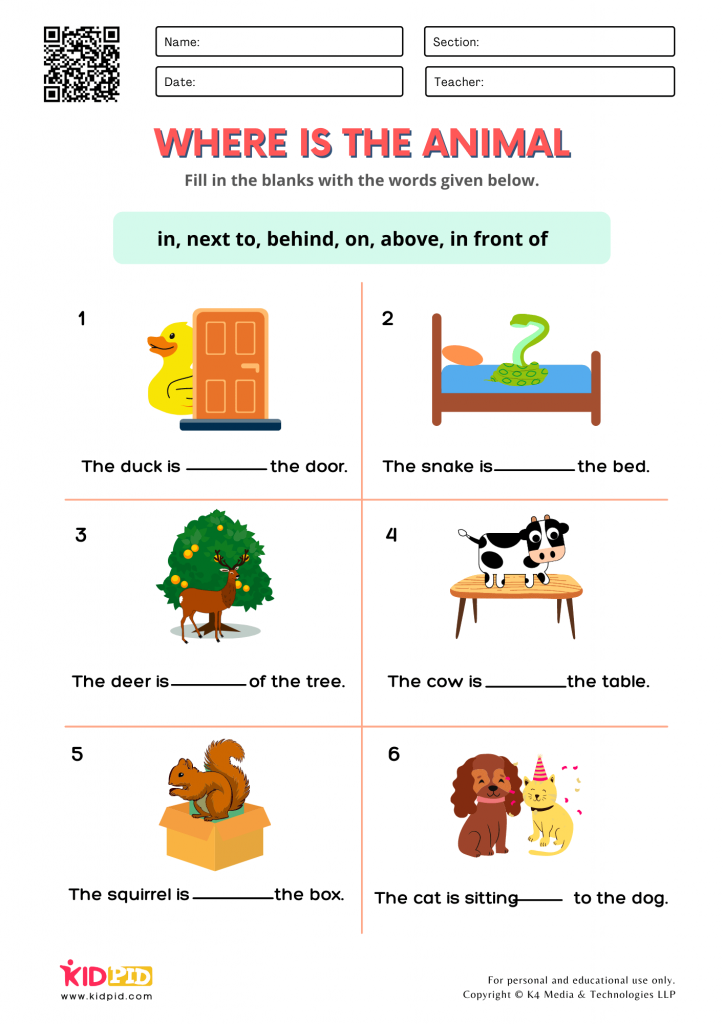 It is a very easy exercise. Children have to go over the images in the worksheet and carefully examine the position of the said objects. Then they have to fill in the blanks accordingly by using proper prepositions. Each page consists of six questions to allow the child enough practice to get acquainted with prepositions. 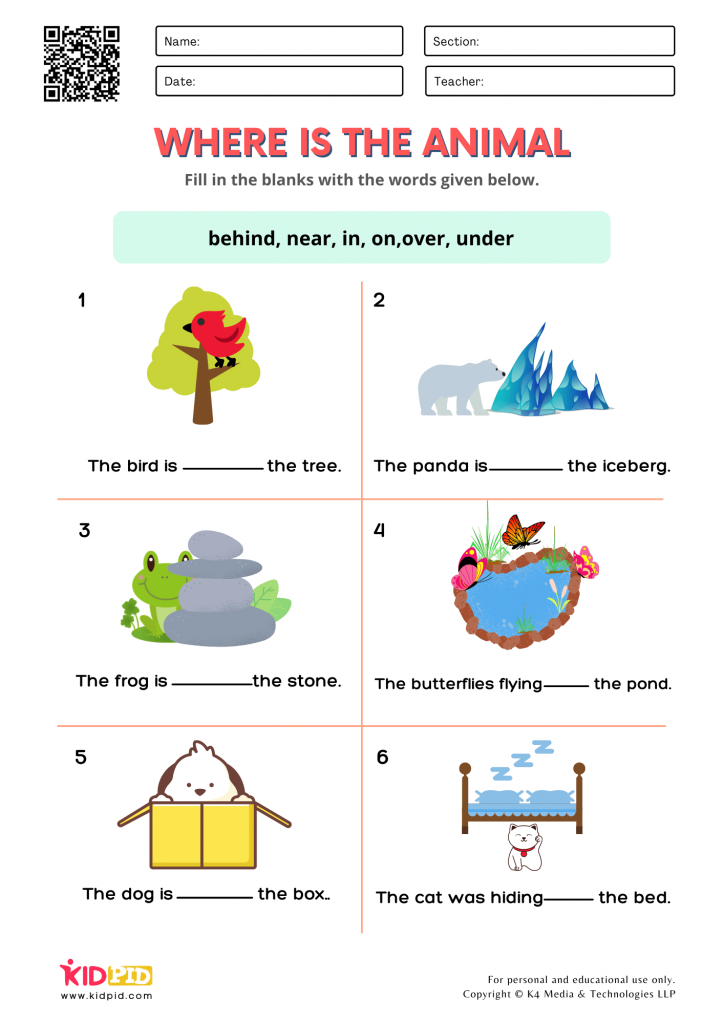 A preposition is defined as a word or group of words that is used before a noun, pronoun, or noun phrase to show direction, time, place, location, or to introduce an object.  Words like “in” “at” “under” “over” “of” “behind” “near” are prepositions. Prepositions are typically followed by an object. 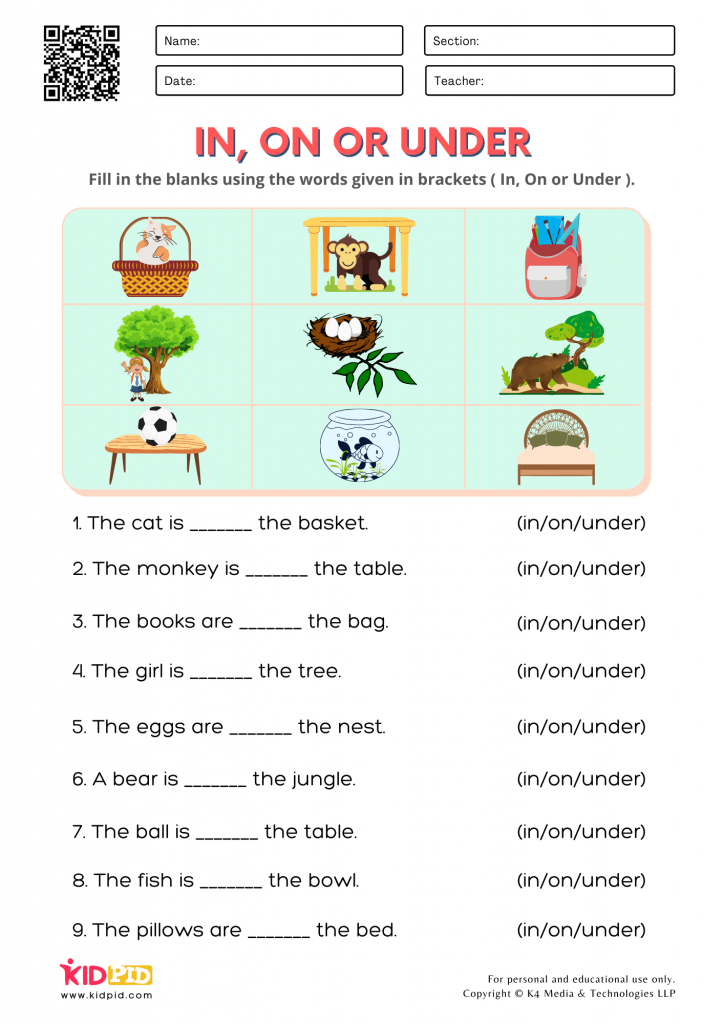 There are several types of prepositions: 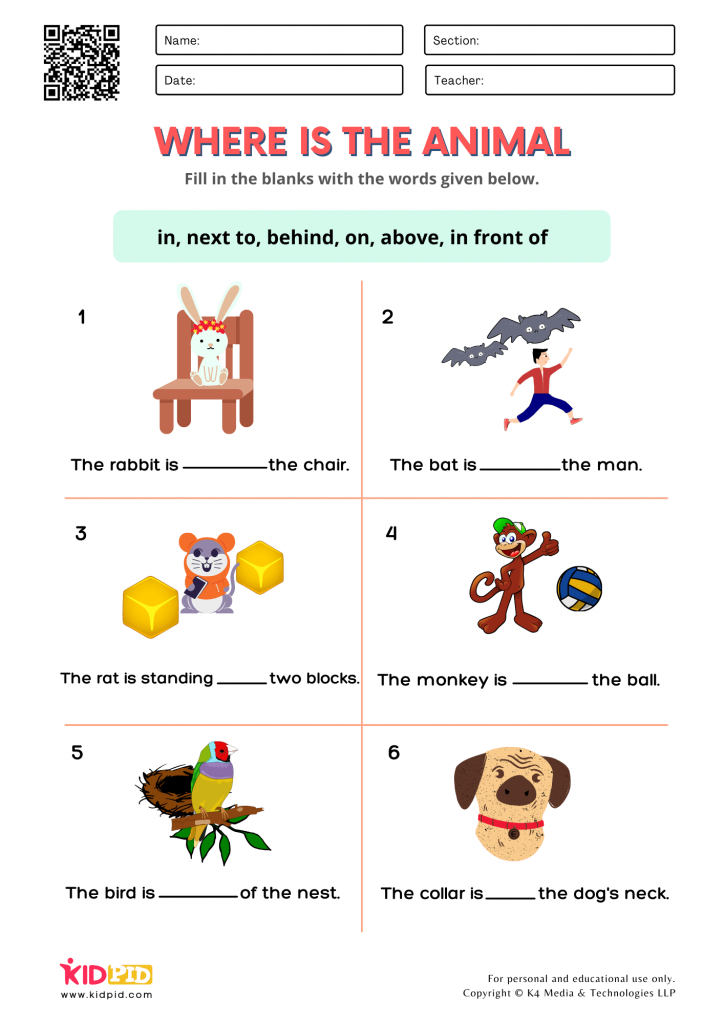 The knowledge of grammar is essential for kids to learn the language of English. In English grammar, there are eight parts of speech essential to the language. A preposition is one of the eight.  Download the worksheets to teach your kid about prepositions and start your kid’s grammar learning journey! 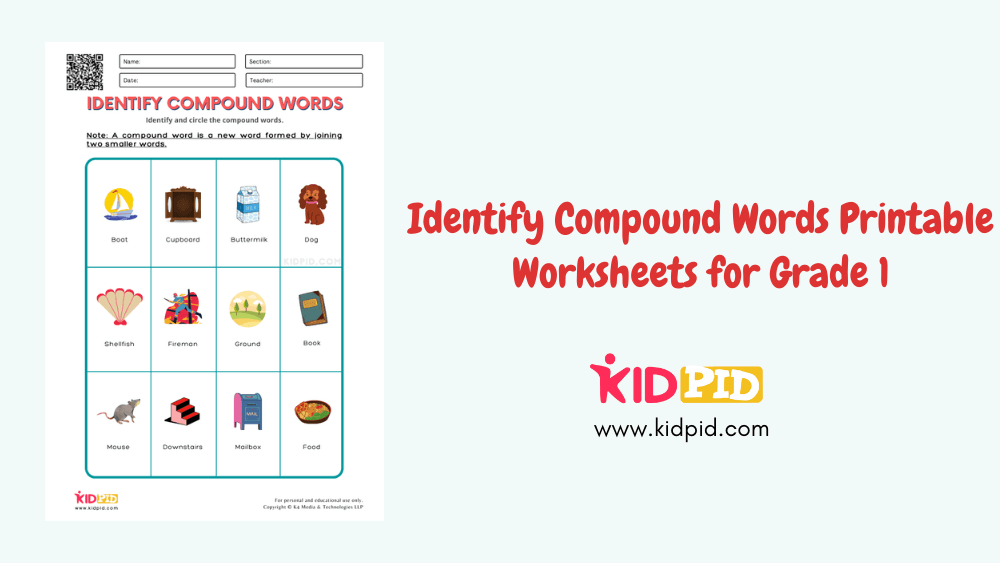 Strengthening up the vocabulary of your kid is an essential part of the education system. The more profound the knowledge of words and how they… 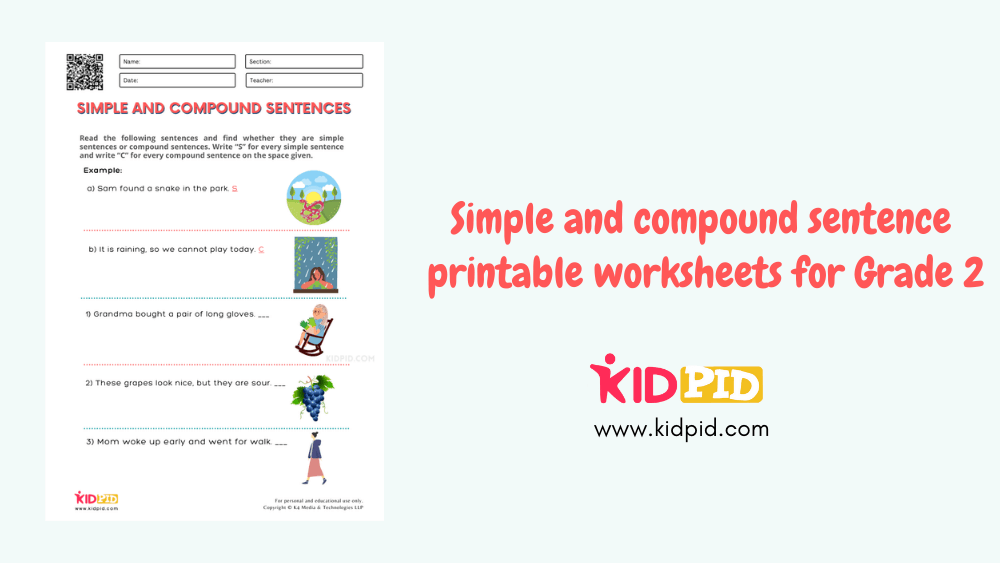 In the course of their elementary school days, your child learns different sentence constructions in order to make their writing more interesting and to expand… 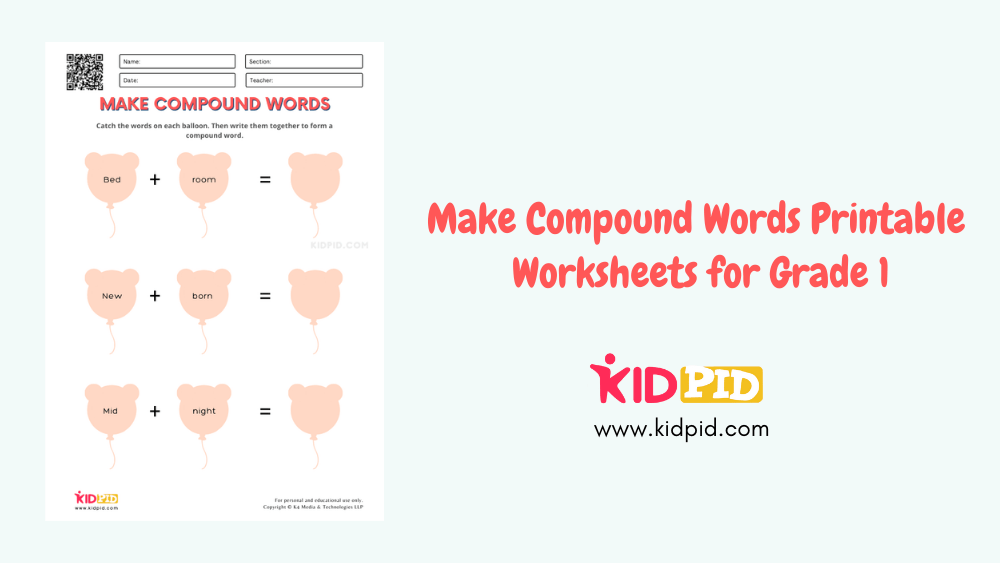 Compound words are one of the fundamental concepts in the English Langauge which helps the child to work on his vocabulary fabricating course. When children…