His face is recognized all over the world. The young medical student who became a revolutionary icon. But was Che Guevara a heroic champion of the poor or a ruthless warlord who left a legacy of repression? Order, order. Hey, where have I seen that guy before? Ahem, your Honor, this is Ernesto Che Guevara.

In the early 1950s, he left behind a privileged life as a medical student in Argentina to travel through rural Latin America. The poverty and misery he witnessed convinced him that saving lives required more than medicine. So he became a terrorist seeking to violently overthrow the region’s governments. What? The region’s governments were brutal oligarchies.

Colonialism may have formally ended, but elites still controlled all the wealth. American corporations bought up land originally seized from indigenous people and used it for profit and export, even keeping most of it uncultivated while locals starved. Couldn’t they vote to change that? Oh, they tried, your Honor. In 1953, Che came to Guatemala under the democratically-elected government of President Árbenz. Árbenz passed reforms to redistribute some of this uncultivated land back to the people while compensating the landowners.

But he was overthrown in a CIA-sponsored coup. The military was protecting against the seizure of private property and communist takeover. They were protecting corporate profits and Che saw that they would use the fear of communism to overthrow any government that threatened those profits.

So he took the lessons of Guatemala with him to Mexico. There, he met exiled Cuban revolutionaries and decided to help them liberate their country. You mean help Fidel Castro turn a vibrant Cuba into a dictatorship. Dictatorship was what Cuba had before the revolution. Fulgencio Batista was a tyrant who came to power in a military coup. He turned Havana into a luxury playground for foreigners while keeping Cubans mired in poverty and killing thousands in police crackdowns.

Even President Kennedy called it the worst example of “economic colonization, humiliation, and exploitation in the world.” Whatever Batista’s faults, it can’t compare to the totalitarian nightmare Castro would create. Forced labor camps, torture of prisoners, no freedom to speak or to leave. But this isn’t the trial of Fidel Castro, is it? Che Guevara was instrumental in helping Castro seize power.

As a commander in his guerilla army, he unleashed a reign of terror across the countryside, killing any suspected spies or dissenters. He also helped peasants build health clinics and schools, taught them to read, and even recited poetry to them. His harsh discipline was necessary against a much stronger enemy who didn’t hesitate to burn entire villages suspected of aiding the rebels.

Let’s not forget that the new regime held mass executions and killed hundreds of people without trial as soon as they took power in 1959. The executed were officials and collaborators who had tormented the masses under Batista. The people supported this revolutionary justice. Which people? An angry mob crying for blood does not a democracy make. And that’s not even mentioning the forced labor camps, arbitrary arrests, and repression of LGBT people that continued long after the revolution.

There’s a reason people kept risking their lives to flee, often with nothing but the clothes on their backs. So was that all this Che brought to Cuba? Just another violent dictatorship? Not at all. He oversaw land redistribution, helped established universal education, and organized volunteer literacy brigades that raised Cuba’s literacy rate to 96%, still one of the highest in the world.

Which allowed the government to control what information everyone received. Guevara’s idealistic incompetence as Finance Minister caused massive drops in productivity when he replaced worker pay raises with moral certificates. He suppressed all press freedom, declaring that newspapers were instruments of the oligarchy. And it was he who urged Castro to host Soviet nuclear weapons, leading to the Cuban Missile Crisis that brought the world to the brink of destruction.

He was a leader, not a bureaucrat. That’s why he eventually left to spread the revolution abroad. Which didn’t go well. He failed to rally rebels in the Congo and went to Bolivia even when the Soviets disapproved. The Bolivian Government, with the help of the CIA, was able to capture and neutralize this terrorist in 1967, before he could do much damage.

While doing plenty of damage themselves in the process. So that was the end of it? Not at all. As Che said, the revolution is immortal. He was publicly mourned in cities all over the world. Not by the Cubans who managed to escape. And his story would inspire young activists for generations to come. Ha.

A trendy symbol of rebellion for those who never had to live under his regime. Symbols of revolution may become commodified, but the idea of a more just world remains. Maybe, but I’m not sharing my coffee. Che Guevara was captured and executed by government forces in Bolivia. His remains would not be found for another 30 years. But did he die a hero or had he already become a villain? And should revolutions be judged by their ideals or their outcomes? These are the questions we face when we put history on trial.

How do fish make electricity?

What is the tragedy of the commons? 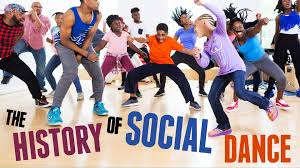 The history of African-American social dance 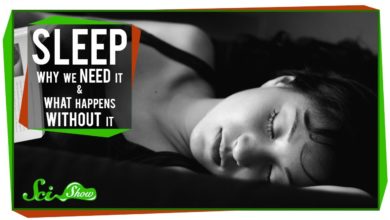 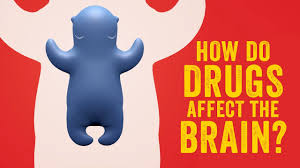 How do drugs affect the brain? 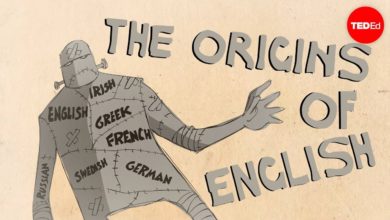 Where did English come from?