The language of English is an international language that holds significance in every country. It is essential to know the ABCs of the language and have a good grasp of its grammatical concepts. To begin with, children are taught English grammar from a very young age. When starting with grammar, children are taught about nouns, pronouns, adjectives, adverbs, verbs, and other parts of speech.

This worksheet is meant for second graders for them to improve upon their knowledge of the English language. It briefly introduces nouns and their types.

There are eight parts of speech in the English language. The noun is the first part of speech taught to children at schools. A noun is a word for a person, place, thing, or idea. It is a word that refers to any person, thing, animal, place, quality, idea, or action. There are several types of nouns but every noun can be classified as either common or proper. 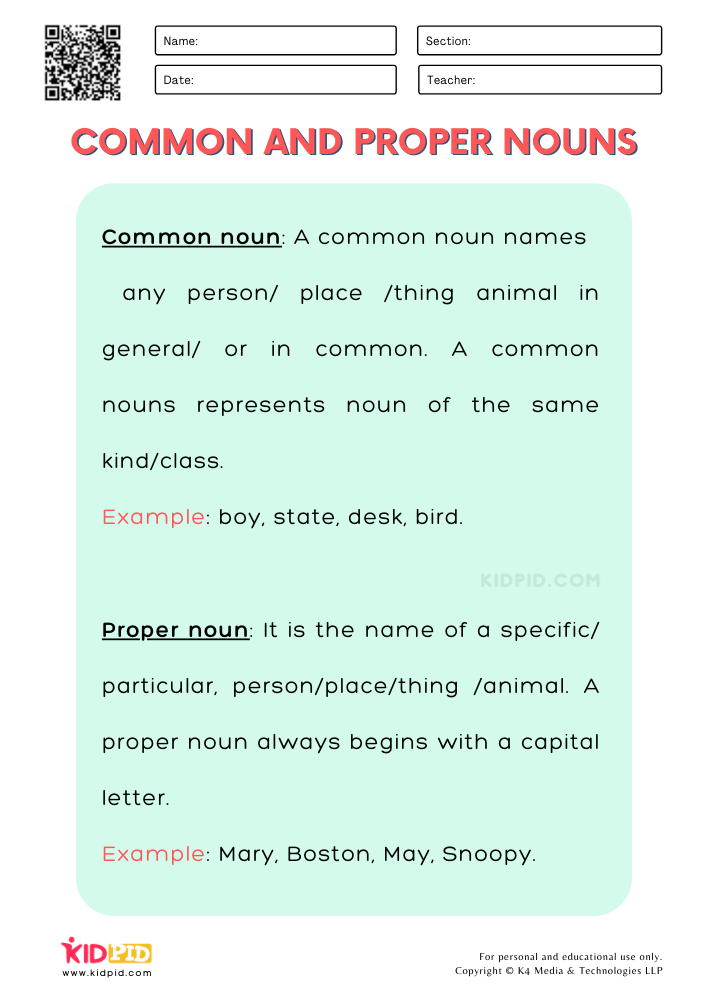 This is the first exercise.  Ask your student to list out the common and proper nouns given in the noun banks and write them in the correct column. 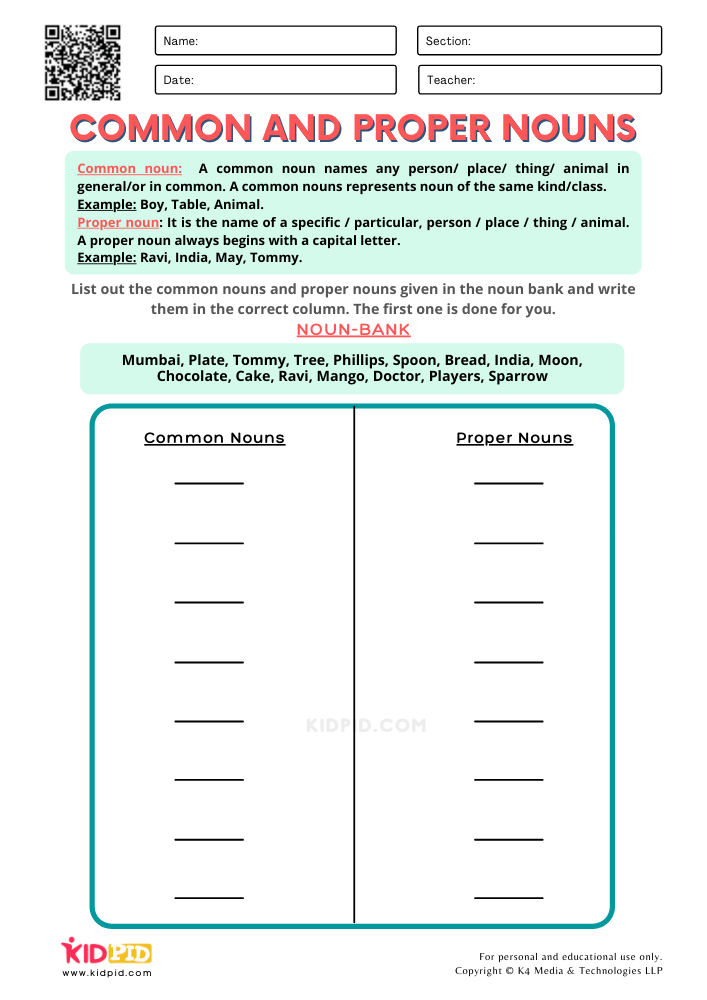 In the second exercise, children are supposed to match the proper nouns with the relevant common nouns as shown in the example below. 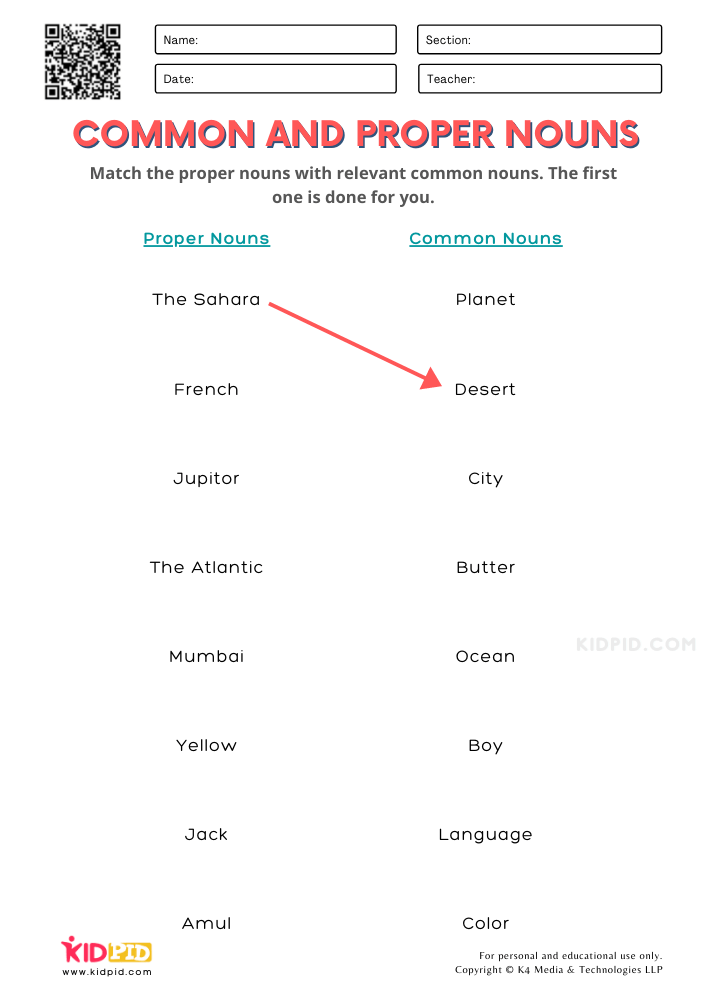 Now, ask your students to read the following sentences. They’ll need to circle the common nouns and underline the proper nouns in each sentence. 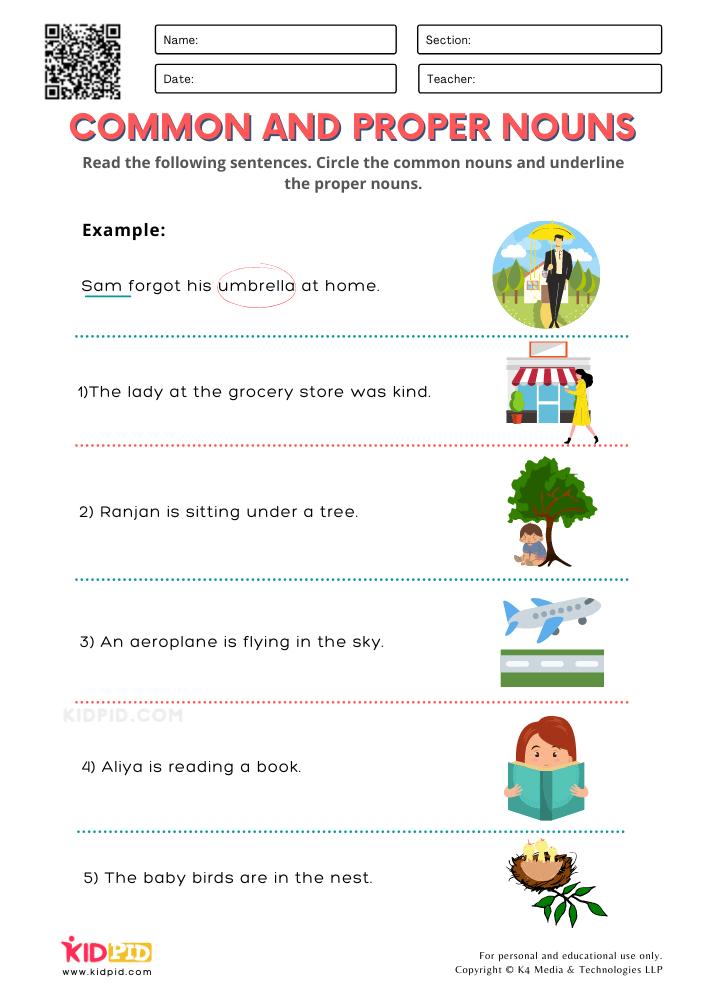 In the following sheet ask the children to color the toffees with common nouns blue and the ones with proper names pink. 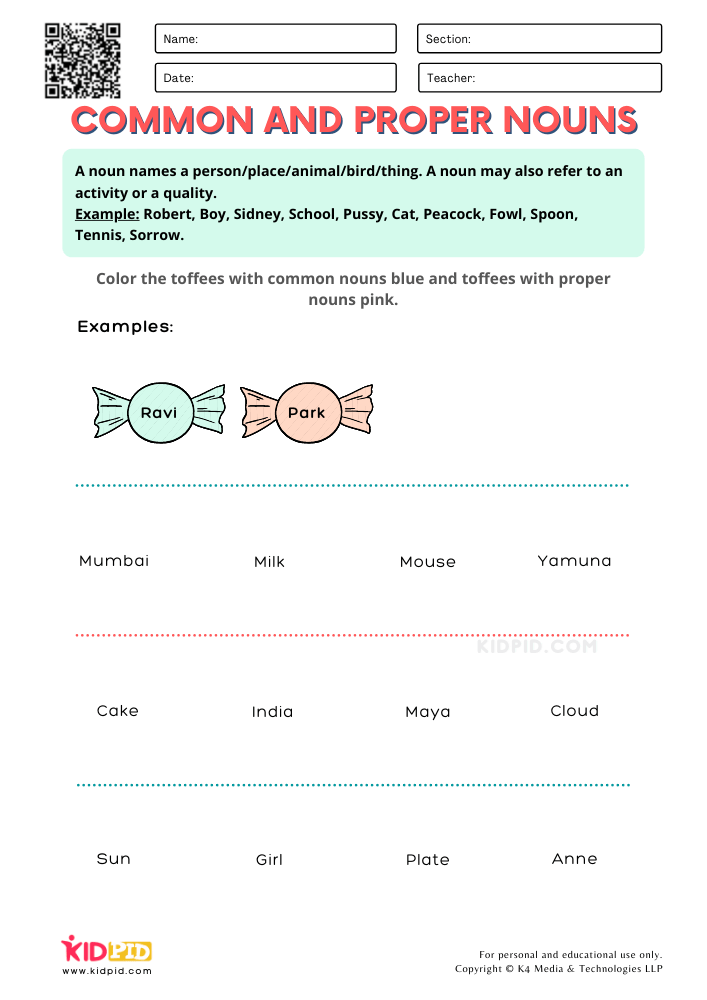 In the following sheet, children are required to read the sentences carefully and note the nouns underlined. If the underlined noun is a common noun they have to color the common noun block blue, if not they’ll color the proper noun block pink. 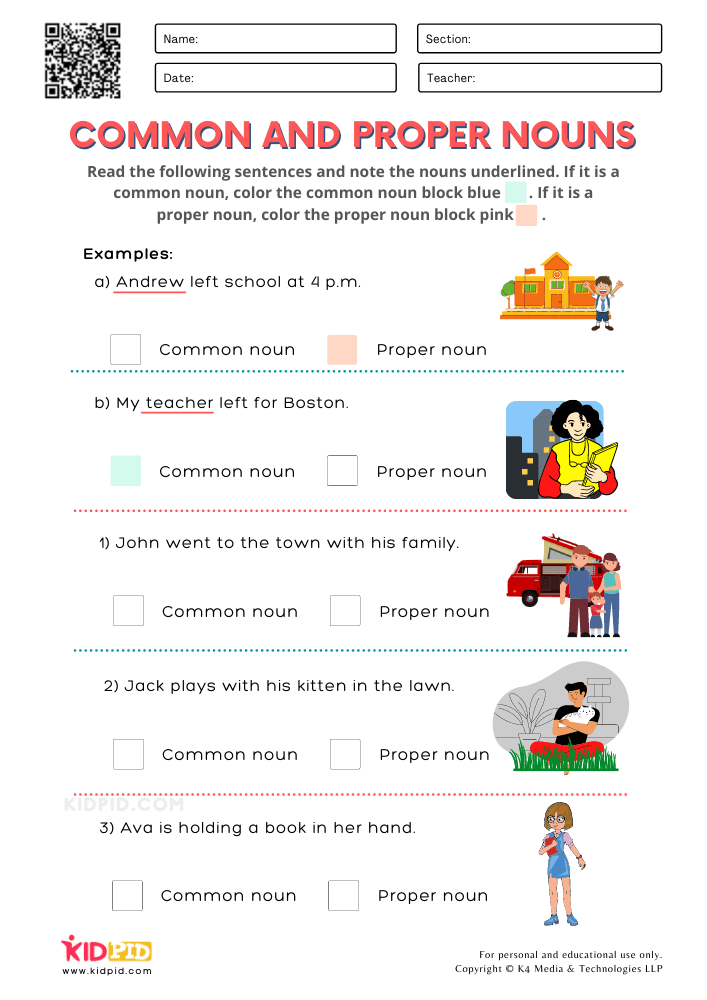 In the final exercise, students are to tick the correct answer and fill in the blanks with suitable nouns. 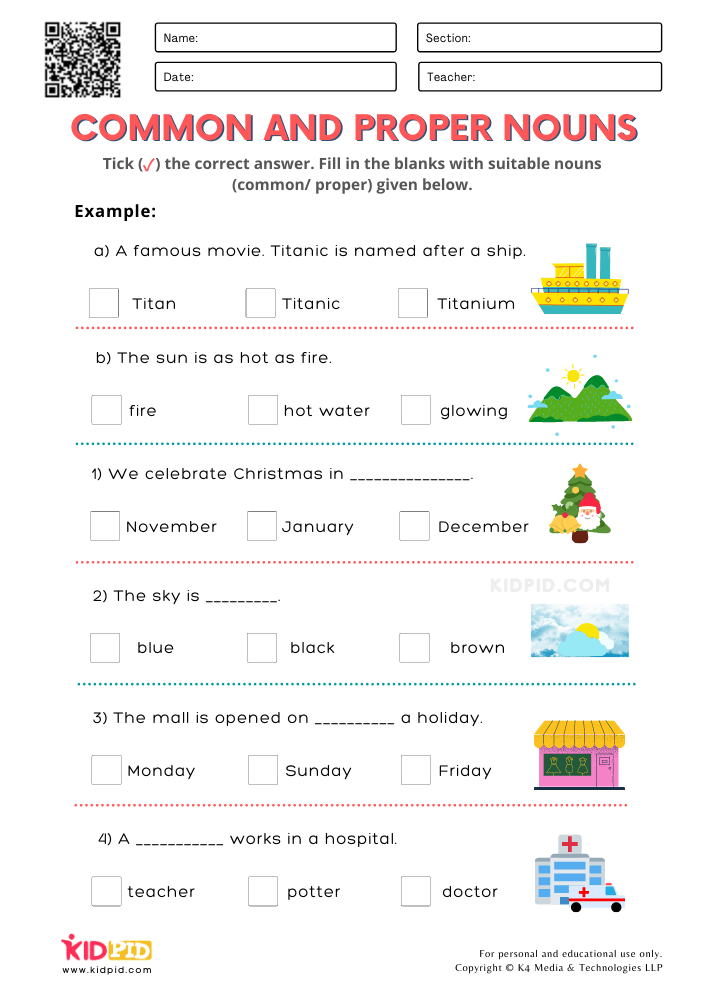 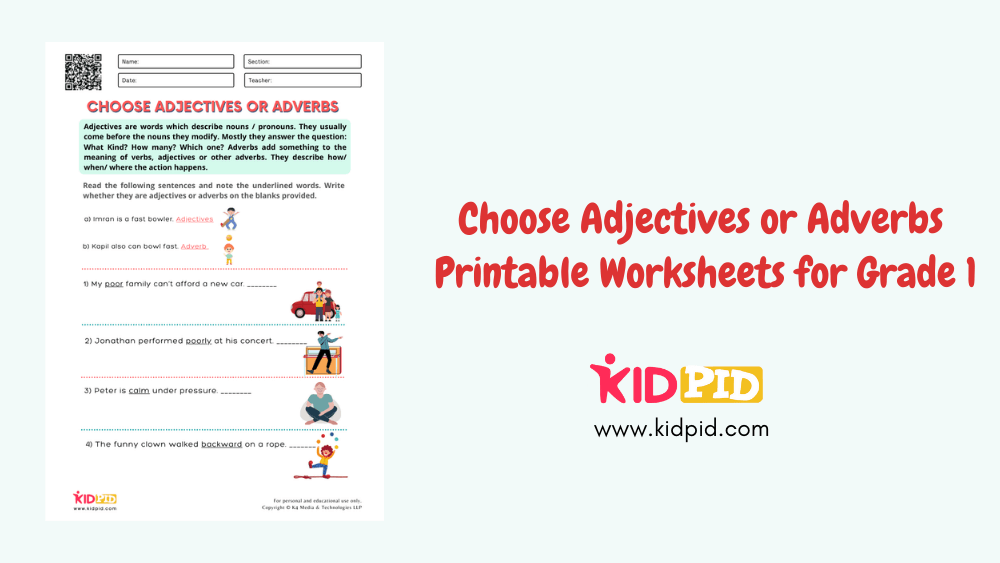