A noun is defined as a word that names something, such as a person, place, thing, or idea. It is a word that refers to someone, somewhere or something. Hence, names such as Sam, Martin, Martha, animal names, place names, and feelings such as jealousy and more are nouns. It functions as the name of a specific object or set of objects such as places, creatures, objects, etc. There are several types of nouns.

There are a few different types of nouns:

The task at hand is fairly easy if one knows a few common collective nouns. Second graders have to match the individual elements with the relevant collective noun groups. The first one is solved in order to give an idea of what needs to be done. 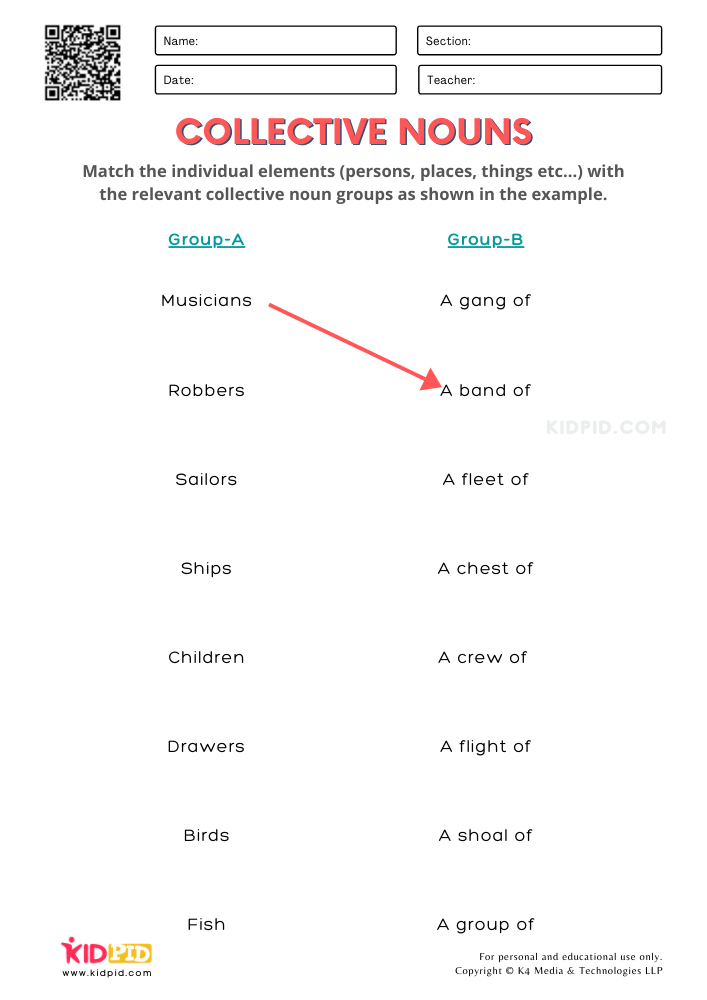 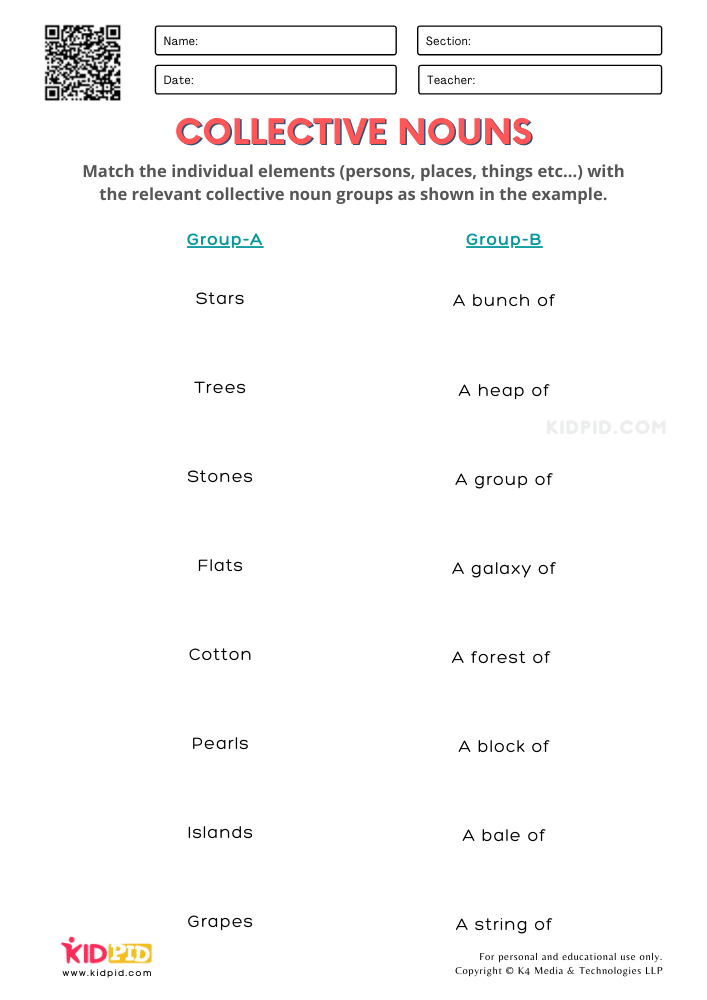 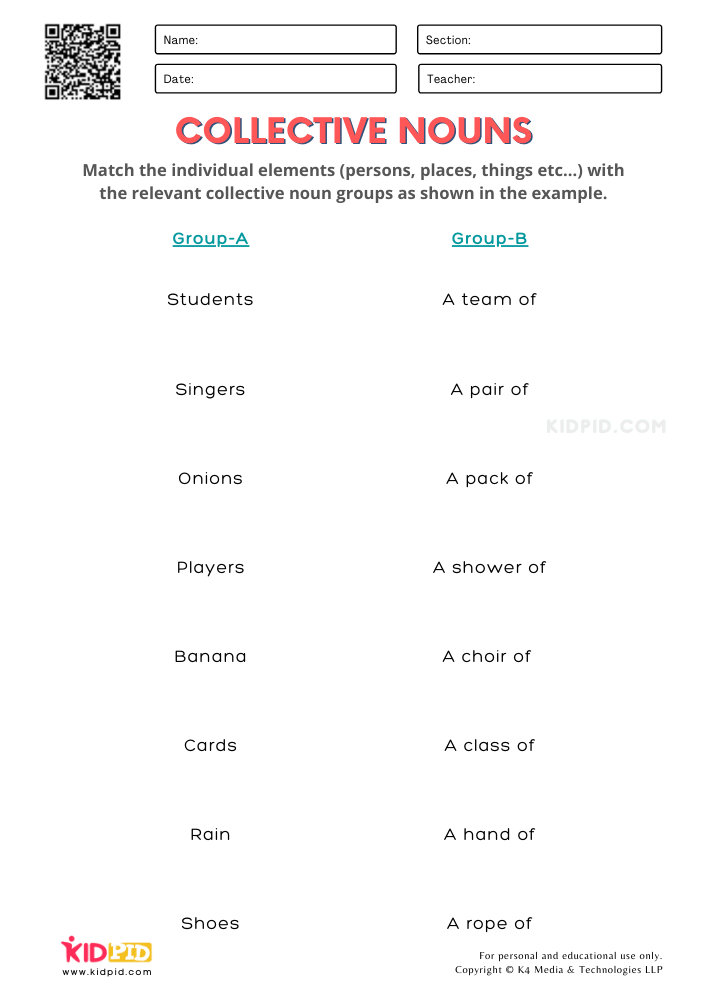 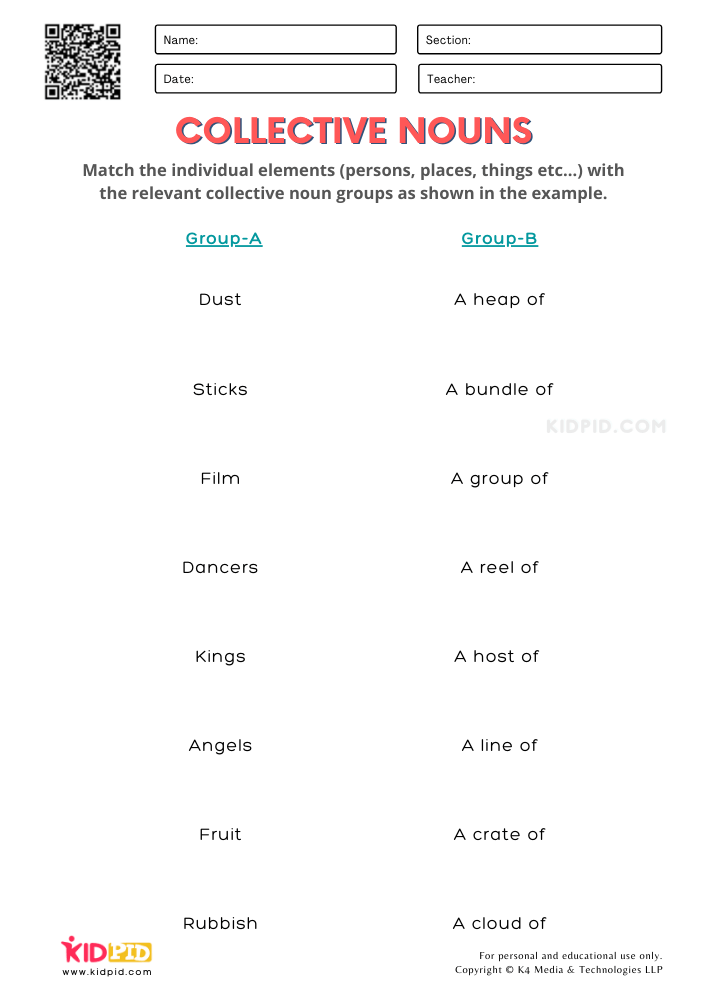 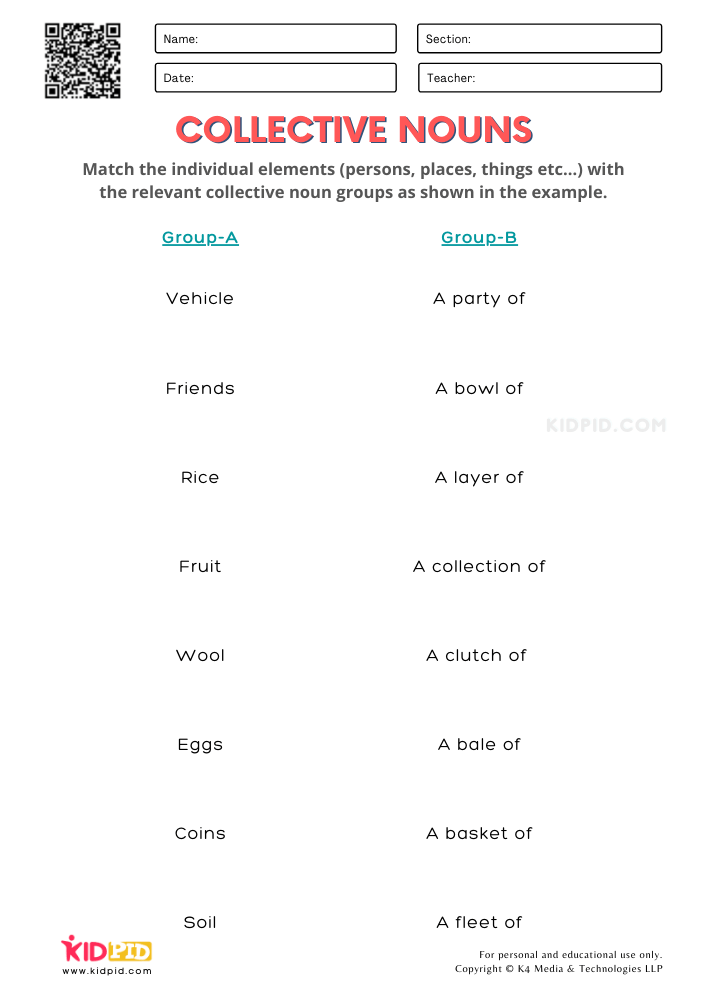 The noun is the first part of speech taught to young kids when they start learning English grammar. It is essential as most of the words we use in a sentence generally are nouns. It is only when a person knows nouns properly that he can move on to learn about pronouns and their use. In the worksheet, there are five sheets in total each consisting of eight questions.  This will ensure that students know at least a few of the most commonly used collective nouns. Download the worksheet and get started.

English is a vast language. There is indeed no limit to learning more. One can always build upon what he knows with the help of the right sources. We aim to make this learning process easier and fun by employing techniques and following trends that are in vogue at the time. Browse our website for more worksheets and other educational content.