Fracking kills, and it doesn’t just kills us, it kills the land, nature and, eventually, the whole world.

A technology called hydraulic fracturing or fracking, since the 1940’s extracts the natural gas. I.e. It simply describes the recuperation of natural gas from deep layers inside the earth. This method was quite a boom and conventional natural gas sources in America and European continents are exhausted making the natural gas and supplementary fuels expensive, but attractive and profitable.

In this method, the permeable rock  is fractured by the use of water, sand and chemicals in order to emit the enclosed natural gas. it consumes lot of energy, and the drill holes are quickly worn out which makes us to drill fracking holes frequently.

Hazardous? Yes, but how?

Natural gases are less deleterious, but the negative effects of fracking on the climate balance are enormous. But when properly employed, this technique cater’s a way in a for meeting the demands of low-cost energy, whereas the long term consequences of fracking are uncertain. 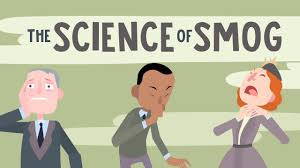 Smog is a heterogeneous mixture of intense air pollution. The term smog is coined in the 20th era and its consumption of two things as…