English is one of the toughest languages to learn. While almost everyone can join words and form sentences, it is not everyone’s cup of tea to make the sentence grammatically sound. Since English is one of the most widely spoken languages in the world, it comes as no surprise that people across the globe want to learn how to write and speak correctly in English. Parents want their kids to be fluent readers who can write sentences without making any mistakes. Their journey begins with learning the alphabet and with time, they are able to spell and sound out words and form sentences.

But for these sentences to be correct, one needs to learn the rules concerning grammar. As with any other language in the world, it is essential to understand the grammar in English as these are the rules that dictate the language.

What is an adverb?

In simple terms, adverbs can be defined as words or expressions that modify the meaning of a verb or an adjective. These add to the meaning and provide more information within the sentence regarding the verb/adjective or an adverb. For example, in the sentence; Sam sings loudly, ‘loudly’ is an adverb. It is describing that Sam is singing loudly. While it’s not true for all adverbs, many adverbs end with -ly.

With the definition of adverbs out of the way, let’s take a look at the exercises in the worksheet. Given in the following sheets are several sentences. Students have to identify the adverb that is suitable for the sentence from the two choices given in the parathesis and fill in the blanks to complete the sentences. There are several questions for them to practice, understand and build upon the concept. 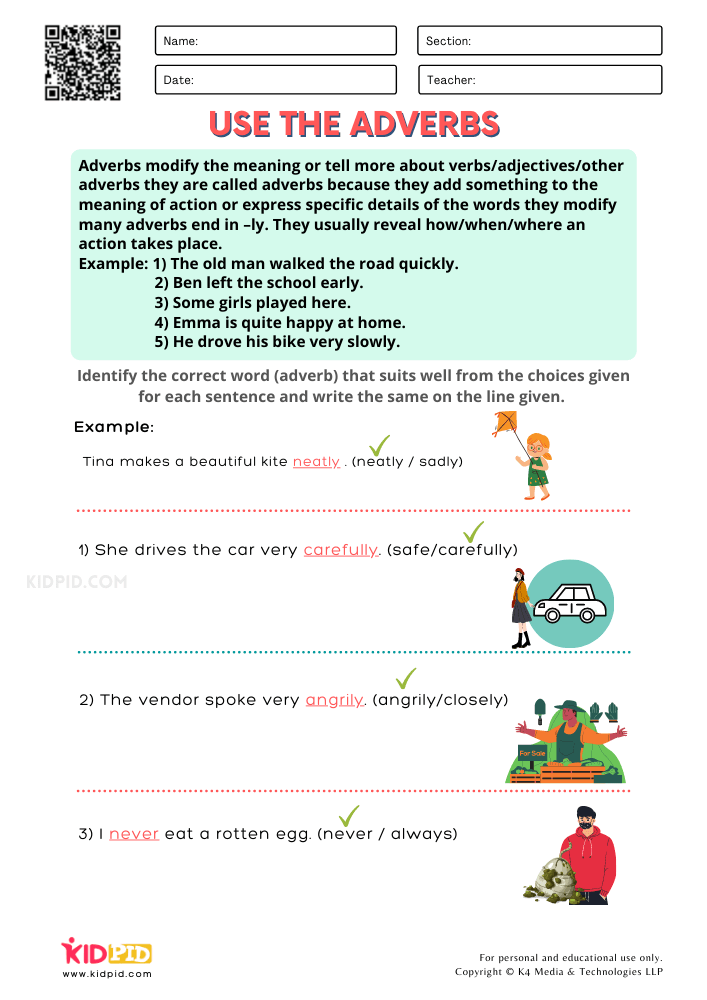 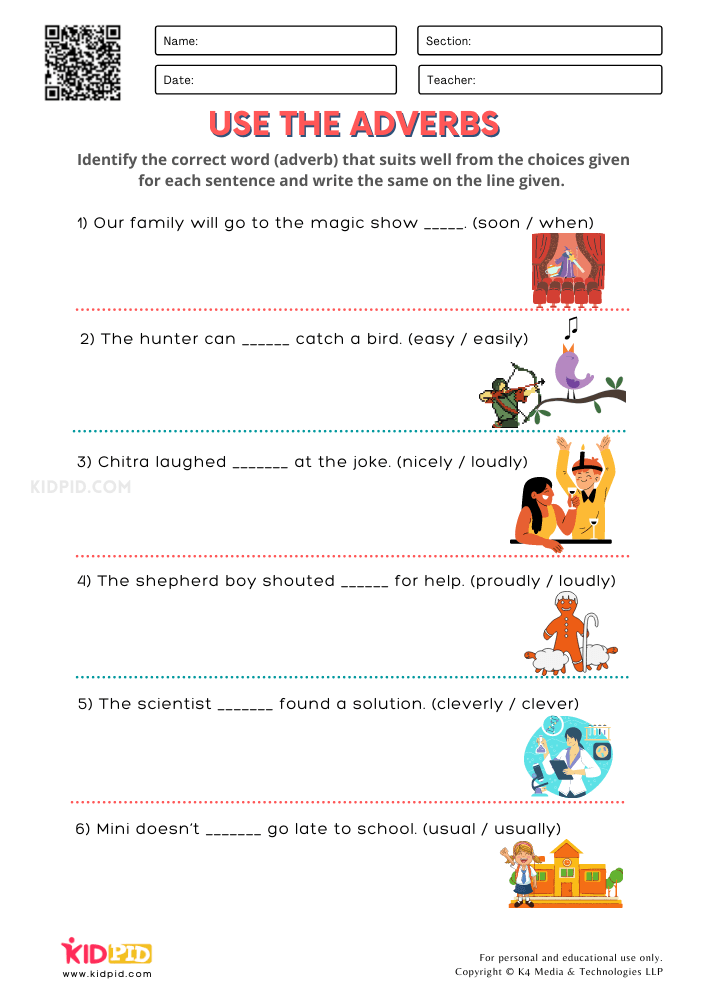 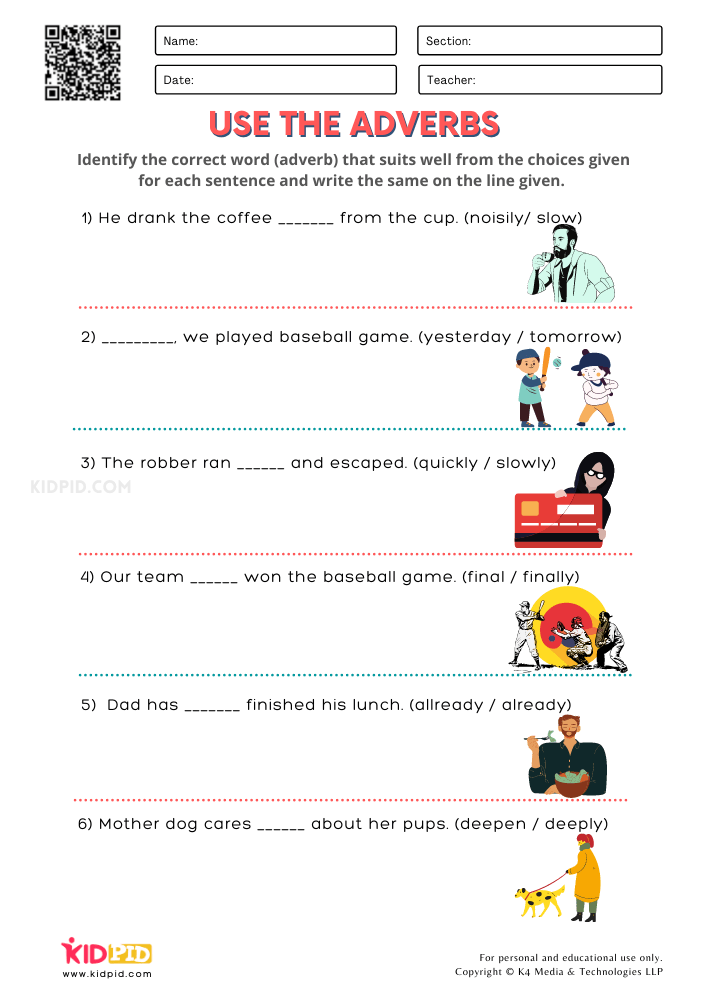 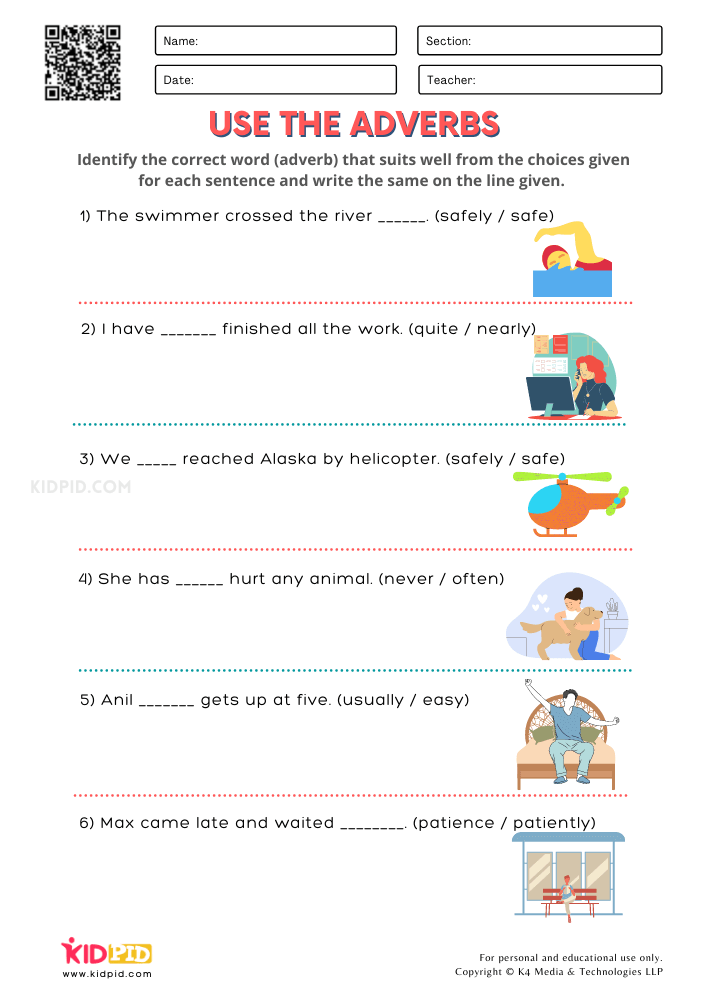 Download the worksheet to help your kid learn the use of adverbs so that he can move one step further in his journey to be a master of the English language. Get started now!