It has no taste, color or smell, and we often look right through it. It covers over 70% of the Earth, cycling from the oceans and rivers to the clouds and back again. It even makes up about 60% of our bodies. With all this water around and inside us, it’s easy to take its presence for granted. But in the rest of the solar system, liquid water is almost impossible to find. So how did our planet end up with so much of this substance and where did it come from? As you probably know, a water molecule consists of two basic parts. Hydrogen, the simplest of all elements, has been around since close to the beginning of our universe.

Oxygen entered the scene several hundred million years later after stars began to form. The massive pressure at the center of these fiery infernos was so great that hydrogen atoms fused together to form helium. Helium, in turn, fused to form heavier elements, like beryllium, carbon and oxygen in a process known as nucleosynthesis. When stars eventually collapsed and exploded into supernovas, these new elements were spread across the universe and combined into new compounds, like the now familiar H2O.

These water molecules were present in the dusty cloud that formed our solar system and more collided with our planet after its formation. But there’s a big question that we don’t have the answer to: how much water arrived on Earth, and when? If, as one theory goes, relatively small amounts of water were present on Earth when the rock formed, the high temperatures and lack of any surrounding atmosphere would have caused it to evaporate back into space. Water would have been unable to remain on the planet until hundreds of millions of years later when our first atmosphere formed through a process called outgassing.

This occurred when molten rock in the Earth’s core released volcanic gasses to the surface, creating a layer that could then trap escaping water. So how then did water get back to the planet? Scientists have long suspected that much of it was brought by ice-bearing comets, or more likely asteroids that bombarded the Earth over millions of years. Recent research has challenged this theory.

In examining carbonaceous chondrite meterorites that formed shorty after the birth of our solar system, scientists have found that not only did they contain water, but their mineral chemical composition matched rocks on Earth and samples from an asteroid that formed at the same time as our planet. This suggests that the Earth may have accumulated a substantial amount of water early on that was able to stay put, despite the lack of an atmosphere, though asteroids may have brought more over the eons.

If this turns out to be true, life may have formed much earlier than previously thought. So we do not yet definitively know whether the water on Earth came from its initial formation, later impacts, or some combination of the two. Regardless, the water that runs from our showers, drinking fountains and faucets is something that didn’t just come from a nearby lake or river, but first underwent a cosmic and chaotic journey to get here.

What did democracy really mean in Athens?

Can robots be creative? 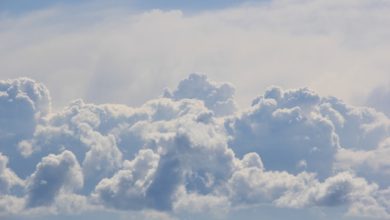 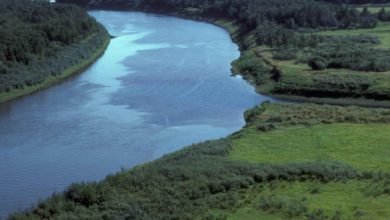 The Sun’s surprising movement across the sky 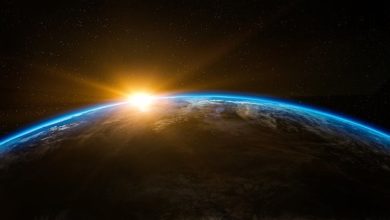 Why Earth Revolve Around the Sun?