Giant gold-digging ants, a furious king who orders the sea to be whipped 300 times, and a dolphin that saves a famous poet from drowning. These are just some of the stories from The Histories by Herodotus, an Ancient Greek writer from the 5th century BCE. Not all the events in the text may have happened exactly as Herodotus reported them, but this work revolutionized the way the past was recorded.

Before Herodotus, the past was documented as a list of events with little or no attempt to explain their causes beyond accepting things as the will of the gods. Herodotus wanted a deeper, more rational understanding, so he took a new approach: looking at events from both sides to understand the reasons for them.

Though he was Greek, Herodotus’s hometown of Halicarnassus was part of the Persian Empire. He grew upduring a series of wars between the powerful Persians and the smaller Greeks, and decided to find out all he could about the subject. In Herodotus’s telling, the Persian Wars began in 499 BCE, when the Athenians assisted a rebellion by Greeks living under Persian rule. In 490, the Persian King, Darius, sent his army to take revenge on Athens. But at the Battle of Marathon, the Athenians won an unexpected victory.

Ten years later, the Persians returned, planning to conquer the whole of Greece under the leadership of Darius’s son, Xerxes. According to Herodotus, when Xerxes arrived, his million man army was initially opposed by a Greek force led by 300 Spartans at the mountain pass of Thermopylae. At great cost to the Persians, the Spartans and their king, Leonidas, were killed.

This heroic defeat has been an inspiration to underdogs ever since. A few weeks later, the Greek navy tricked the Persian fleet into fighting in a narrow sea channel near Athens. The Persians were defeated and Xerxes fled, never to return. To explain how these wars broke out and why the Greeks triumphed, Herodotus collected stories from all around the Mediterranean.

He recorded the achievements of both Greeks and non-Greeks before they were lost to the passage of time. The Histories opens with the famous sentence: “Herodotus, of Halicarnassus, here displays his inquiries.” By framing the book as an “inquiry,” Herodotus allowed it to contain many different stories, some serious, others less so. He recorded the internal debates of the Persian court but also tales of Egyptian flying snakes and practical advice on how to catch a crocodile.

The Greek word for this method of research is “autopsy,” meaning “seeing for oneself.” Herodotus was the first writer to examine the past by combining the different kinds of evidence he collected: opsis, or eyewitness accounts, akoe, or hearsay, and ta legomena, or tradition. He then used gnome, or reason, to reach conclusions about what actually happened.

Many of the book’s early readers were actually listeners. The Histories was originally written in 28 sections, each of which took about four hours to read aloud. As the Greeks increased in influence and power, Herodotus’s writing and the idea of history spread across the Mediterranean.

As the first proper historian, Herodotus wasn’t perfect. On occasions, he favored the Greeks over the Persians and was too quick to believe some of the stories that he heard, which made for inaccuracies. However, modern evidence has actually explained some of his apparently extreme claims.

For instance, there’s a species of marmot in the Himalayas that spreads gold dust while digging. The ancient Persian word for marmot is quite close to the word for ant, so Herodotus may have just fallen prey to a translation error. All in all, for someone who was writing in an entirely new style, Herodotus did remarkably well. History, right down to the present day, has always suffered from the partiality and mistakes of historians. Herodotus’s method and creativity earned him the title that the Roman author Cicero gave him several hundred years later: “The Father of History.” 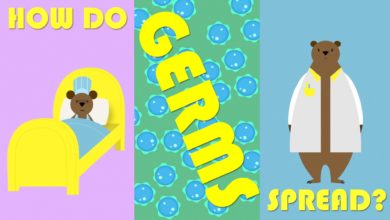 How do germs spread (and why do they make us sick)? 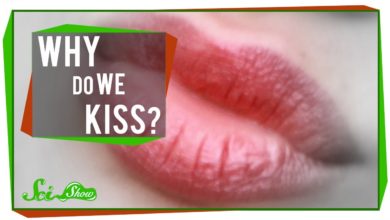 Why Do We Kiss? 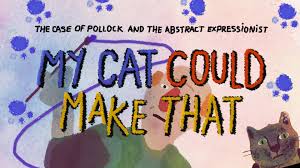