This is a worksheet which you can give your students and kids to understand and learn about sea animals. This is a printable worksheet having 5 pages with different activities to learn with fun. Here we have identify and match activity, selecting correct name of sea animals by seeing their pictures, tracing the first word of sea animals for beginners and word search which are very easy and fun activities which you can provide your students and kids to learn.

Things we will learn:-

By hearing the word sea the first thing which comes in our mind is water, shells, corals, sand, fish, sea animals and many more. So basically what are this sea animals? Let us Understand.

What are Sea Animals?

Animals which lives in water for most or all of it’s lifetime and known as Sea Animals. These animals may breathe with lungs and gills by extracting the oxygen dissolved in the water. Aquatic animals living in freshwater are known as Freshwater animals and animals living in saltwater such as sea, oceans etc. are called Marine Animals.

Vertebrates possess a backbone and an internal skeleton. They are comparatively larger than Invertebrates. For example:-Mammals, Fish, Reptiles, etc.

Invertebrates do not possess a backbone nor an internal skeleton. They are mostly small in size than vertebrates. For Example:-Flatworms, insects, sponges, etc.

On the basis of the characteristics and information about sea animals mentioned above you have to solve the following worksheets. 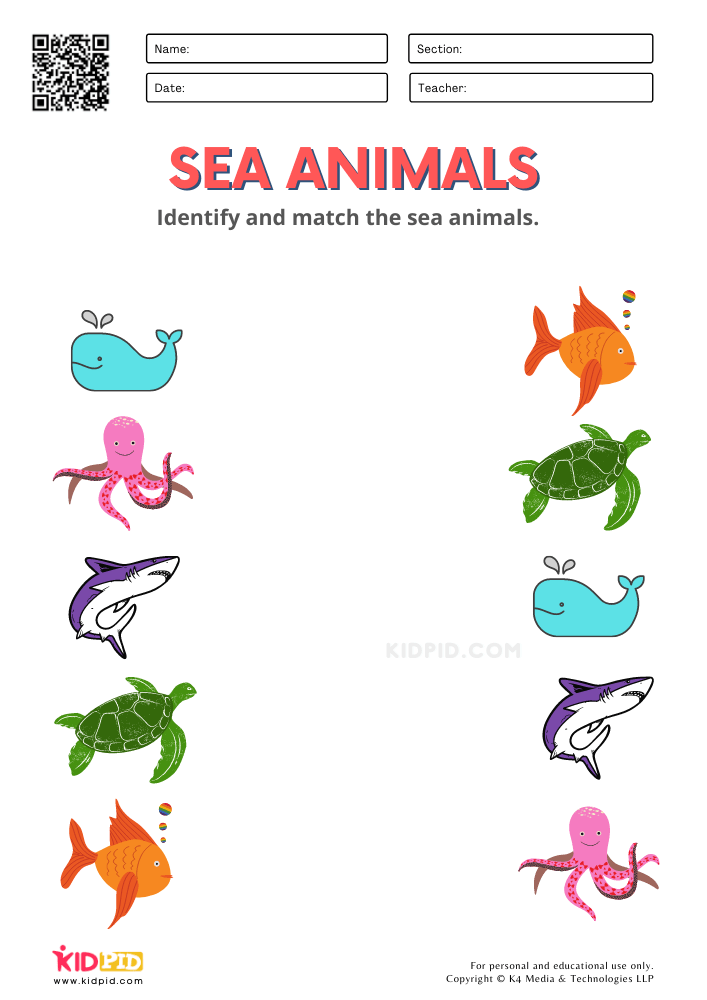 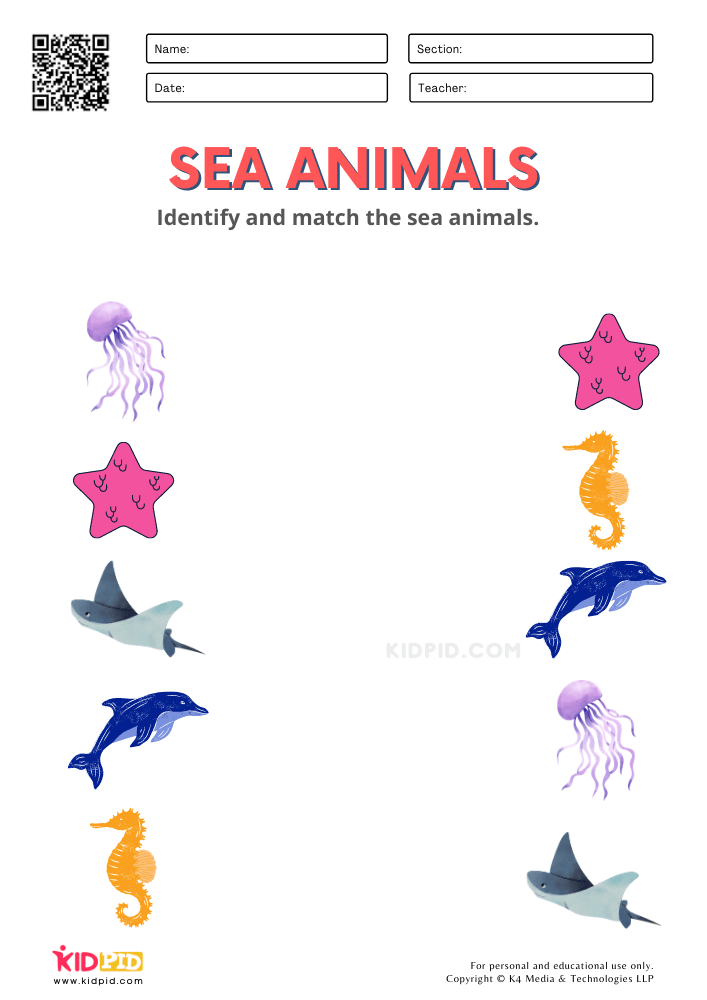 See carefully and think about the Characteristics and tick the correct name of sea animals. 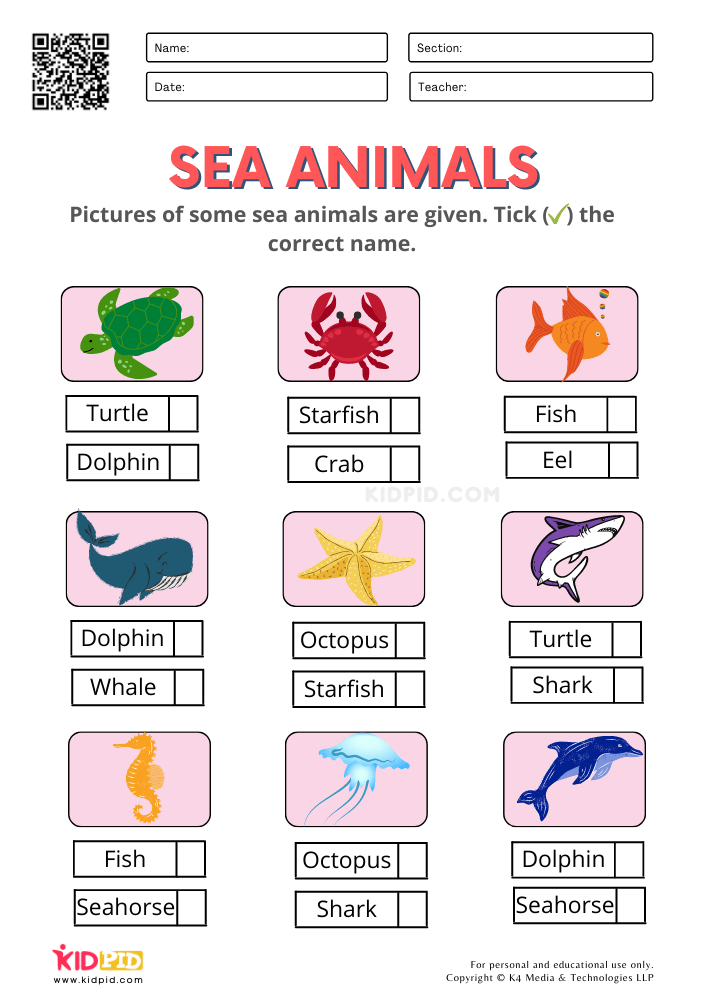 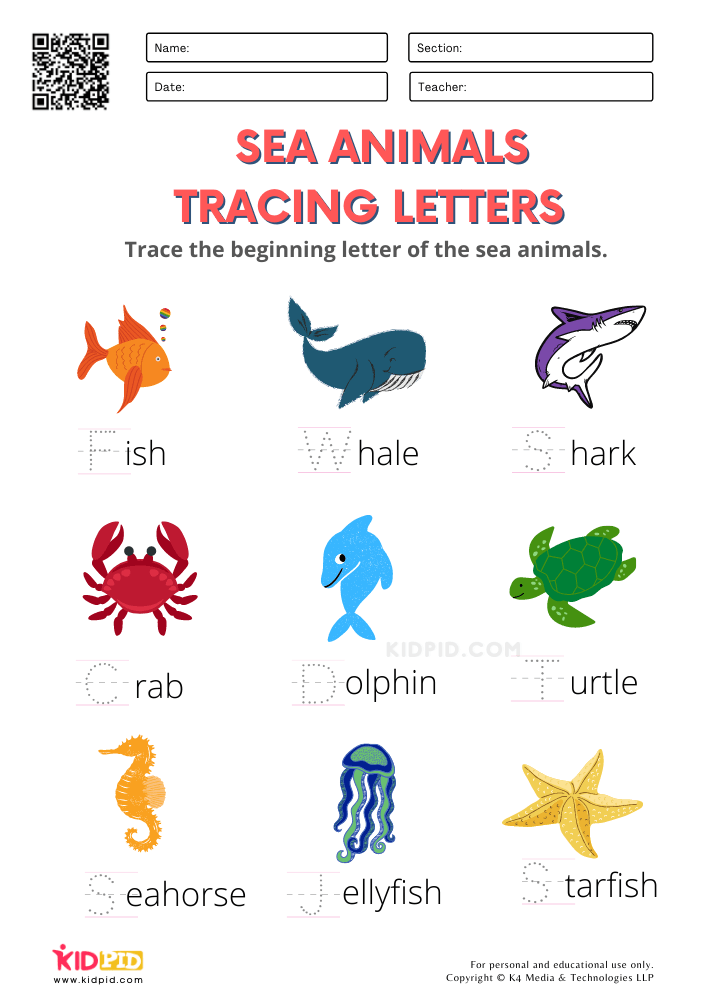 In this you have to search word from the word puzzle and identify the correct sea animal and write according. 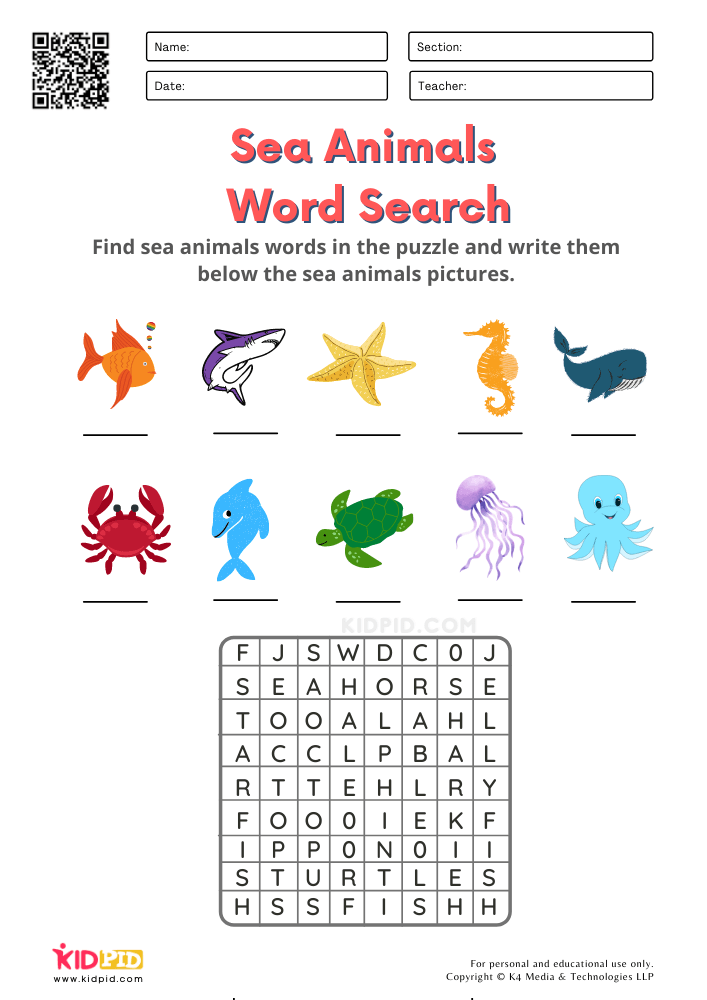 Hope you liked these worksheets. Please check out our collection of beautiful and creative worksheets for your kids.