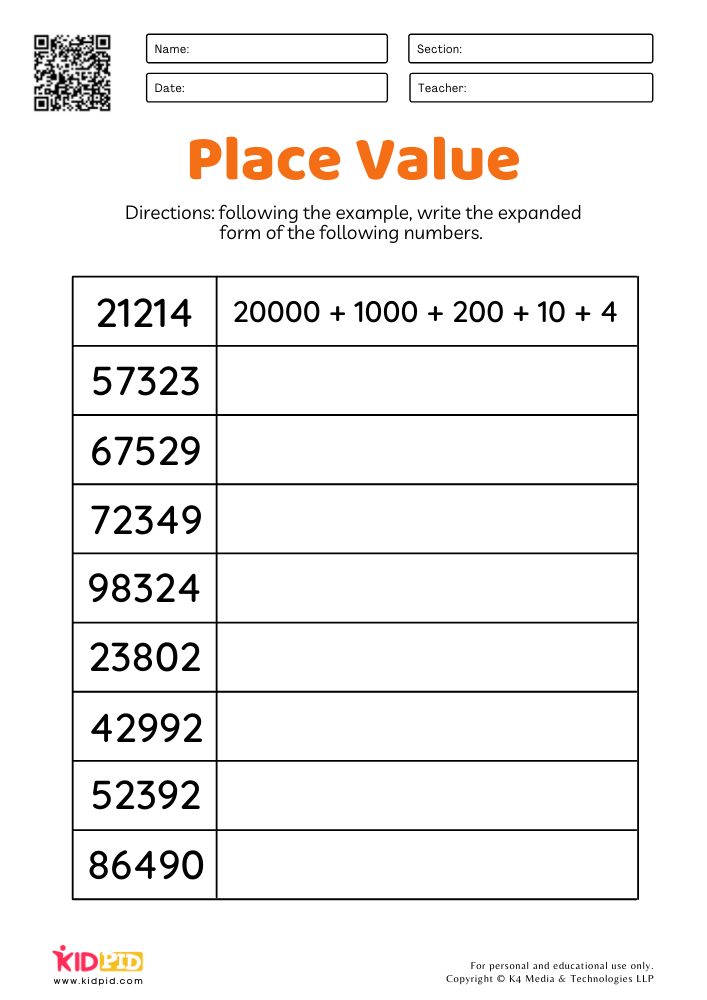 It is an easy exercise to test one’s understanding of place values. He has to write the numbers in their expanded form as shown in the example above. 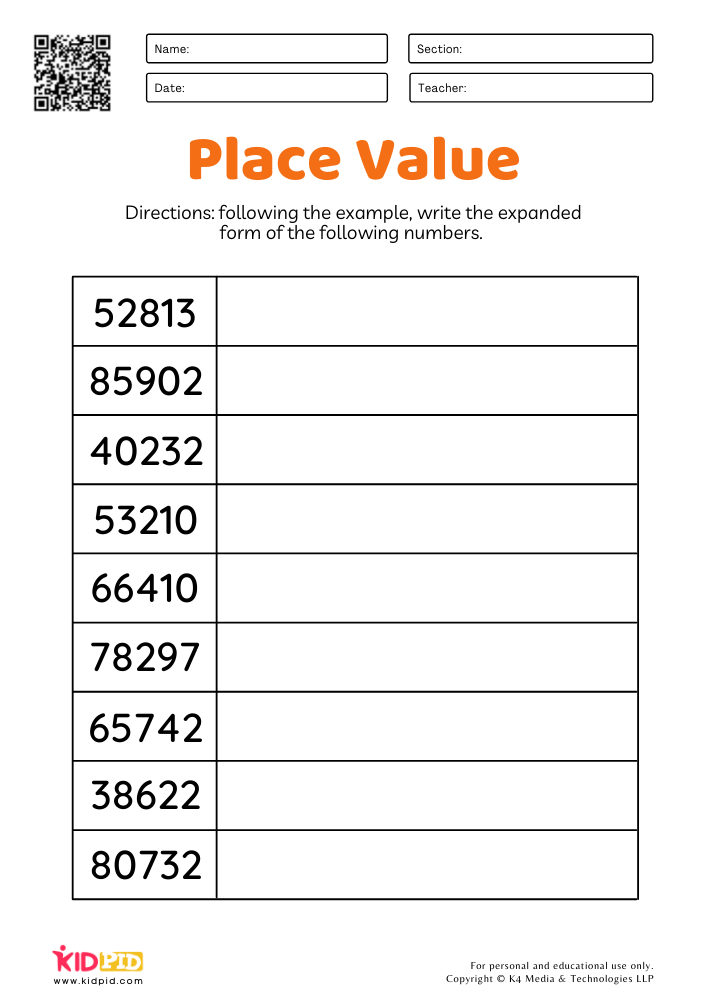 This is the third worksheet. Fourth graders have to split the numbers by digit and use their place values to write these in the expanded forms. It is one of the most basic things we can learn to do with numbers. 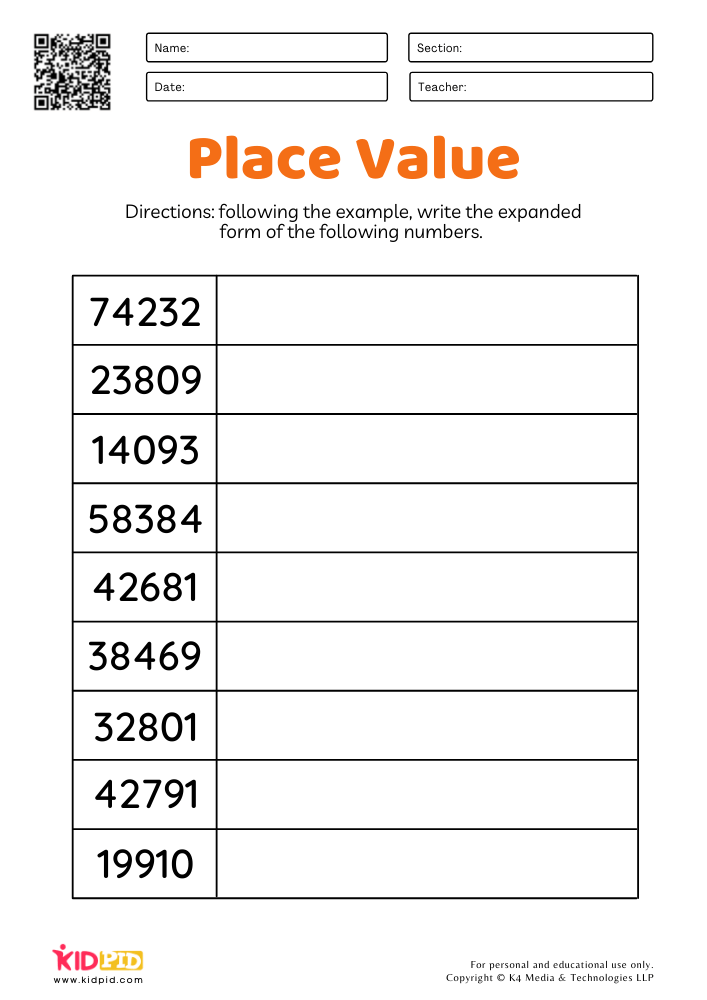 The fourth worksheet gives more questions to work with. One can never have enough practice! 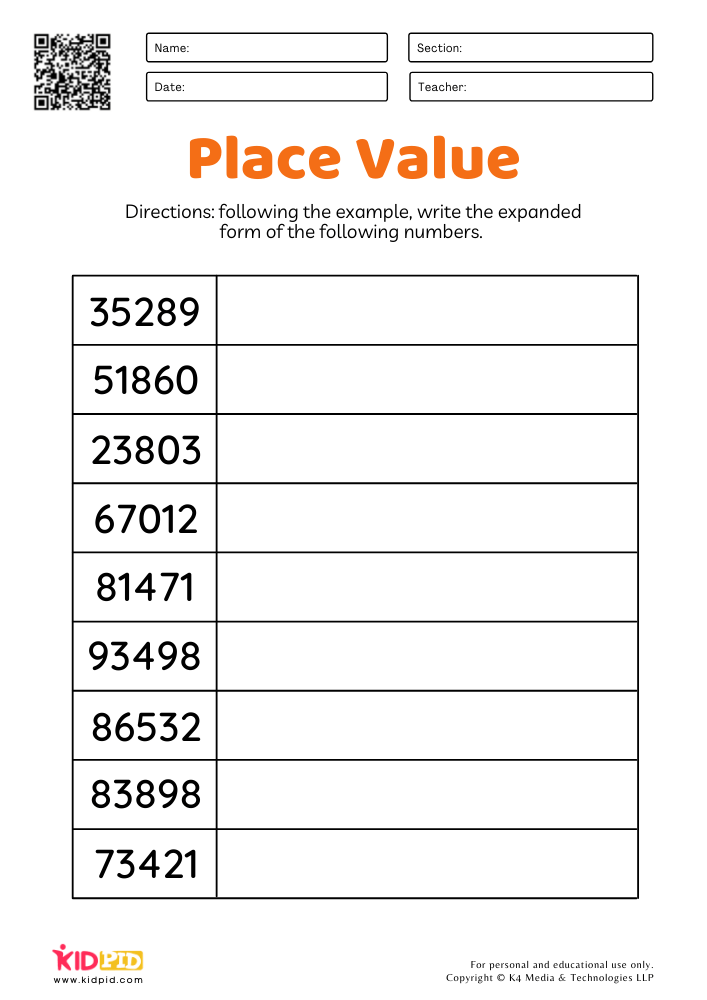 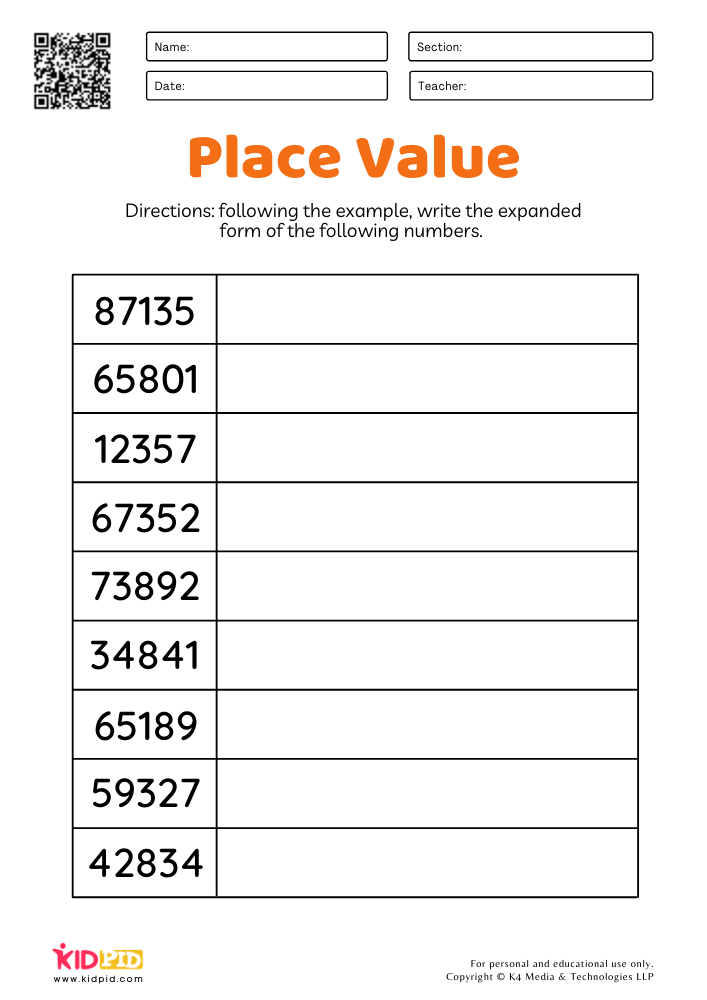 Learning to write numbers in their expanded forms is essential as it allows students to read and write higher numbers properly. It is thus of great importance that one must practice until he grasps the concept. 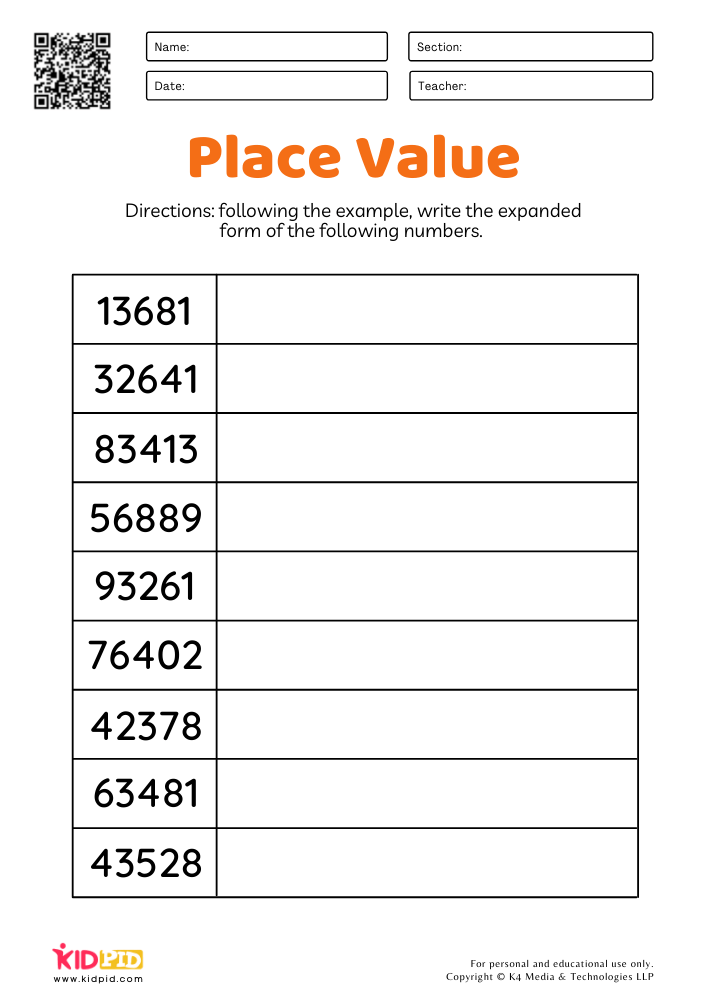 This is the sixth sheet. All of our worksheets are downloadable and printable for your ease. 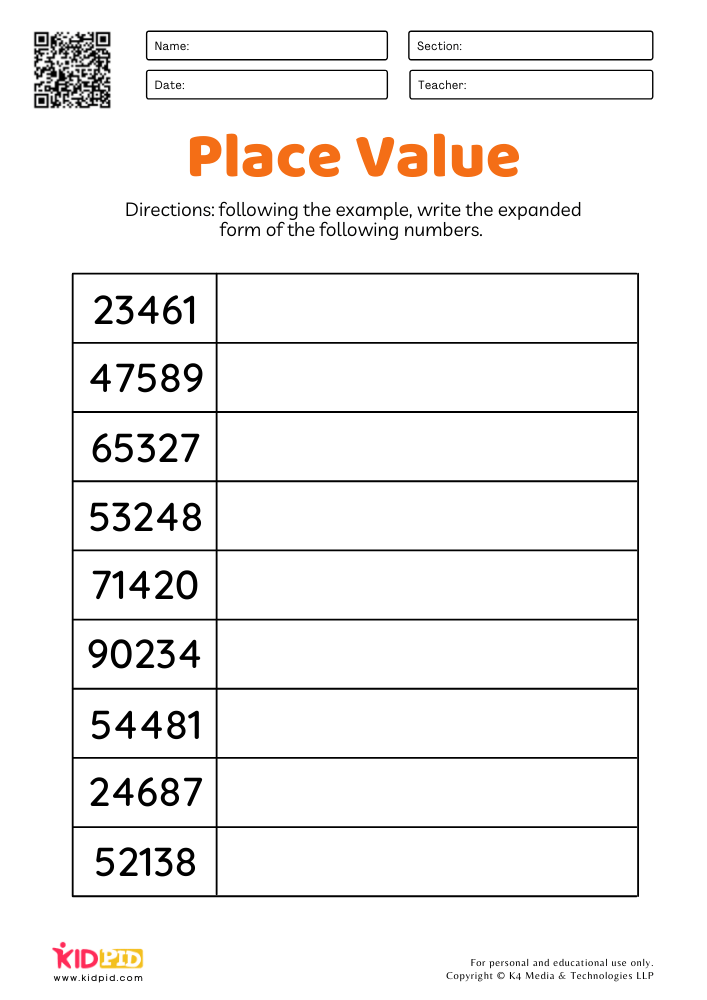 It is a simple exercise to help children learn the fundamentals of numbers and place values in mathematics. Without the knowledge of place values and expanded forms, it is impossible for kids to perform arithmetic calculations. 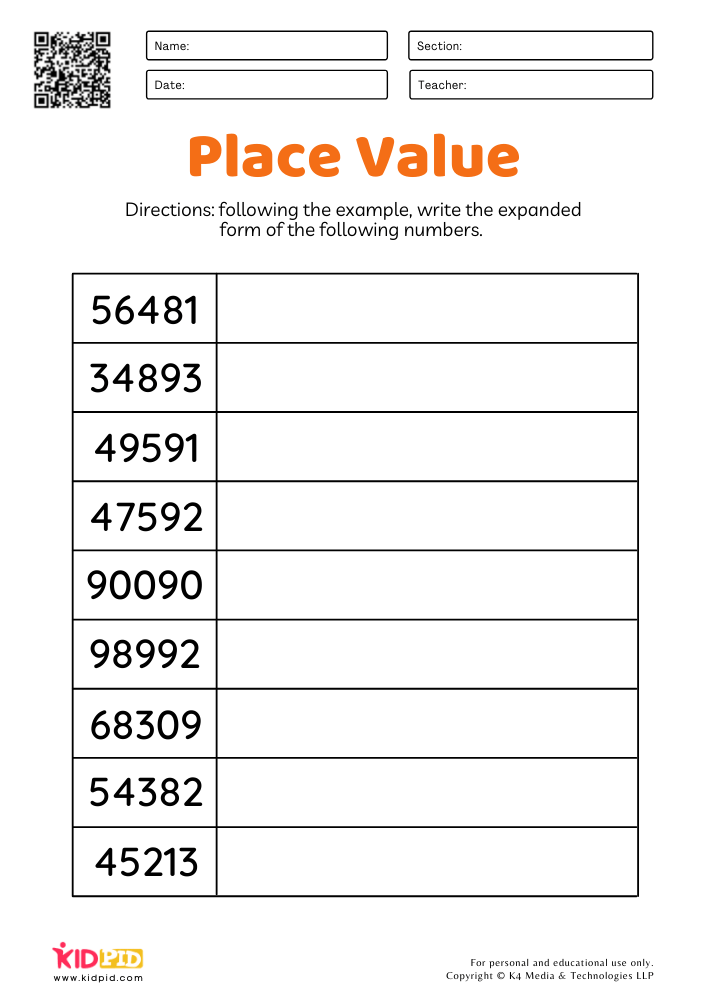 All of these worksheets have numbers that can be expanded to the place value of ten thousand. It allows the children to practice and understand bigger numbers. 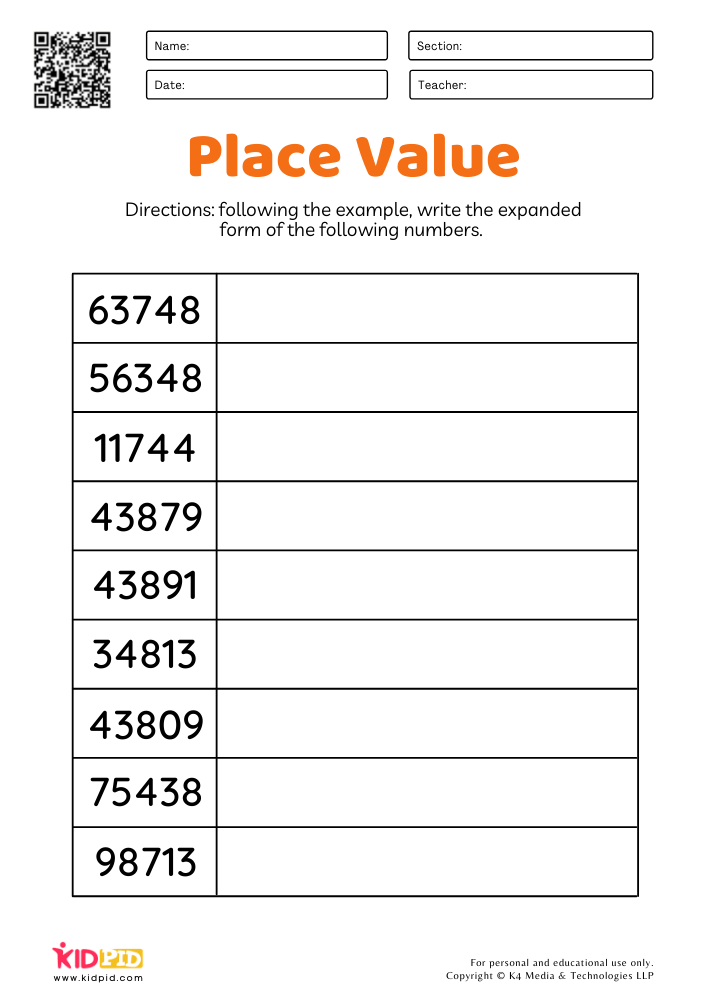 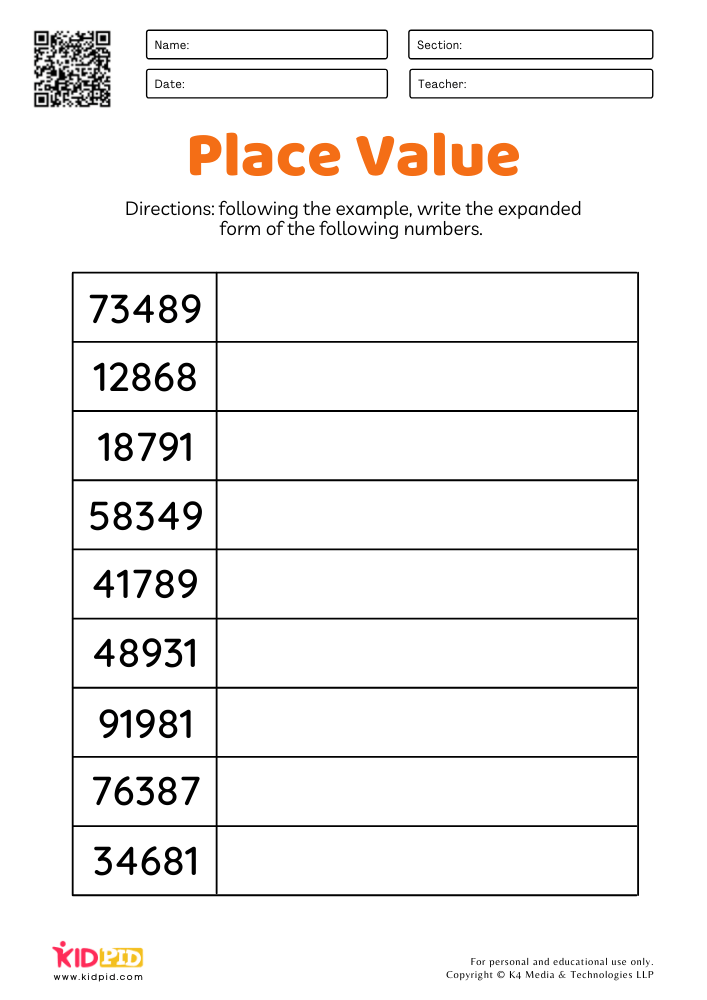 The final sheet can be used to test the student’s ability to write the numbers in the expanded form. If he makes mistakes be sure to guide him and show him the right way to do it. 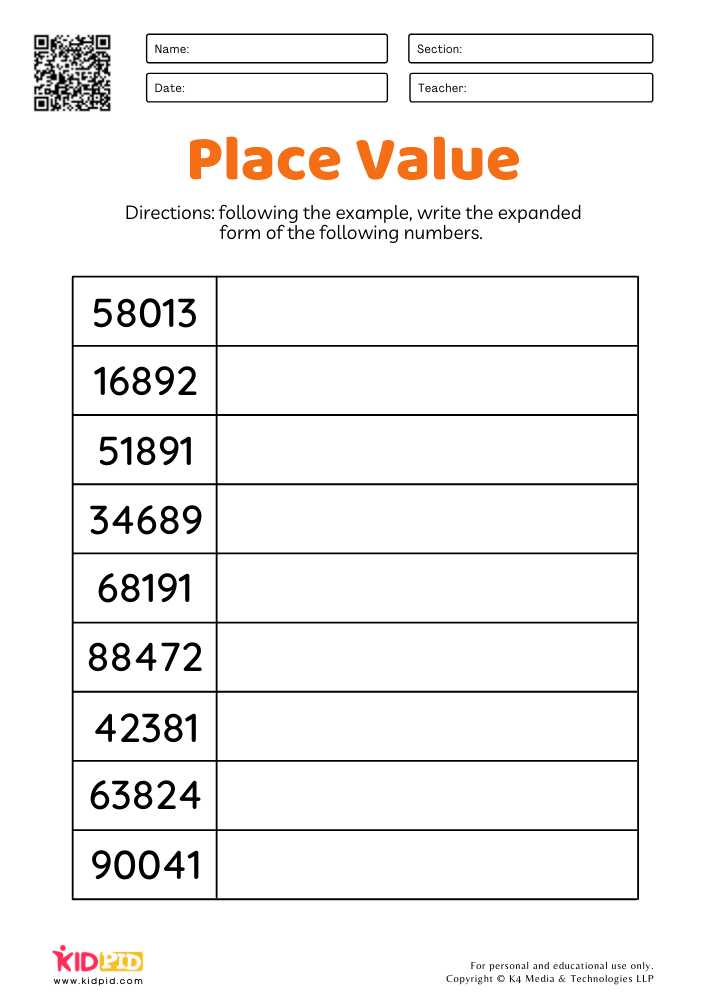