Every year, about 1,000 new words are added to the Oxford English Dictionary. Where do they come from, and how do they make it into our everyday lives? With over 170,000 words currently in use in the English language, it might seem we already have plenty. Yet, as our world changes, new ideas and inventions spring forth, and science progresses, our existing words leave gaps in what we want to express and we fill those gaps in several ingenious, practical, and occasionally peculiar ways.

One way is to absorb a word from another language. English has borrowed so many words over its history that nearly half of its vocabulary comes directly from other languages. Sometimes, this is simply because the thing the word describes was borrowed itself. Rome and France brought legal and religious concepts, like altar and jury, to Medieval England, while trade brought crops and cuisine, like Arabic coffee, Italian spaghetti, and Indian curry.

But sometimes, another language has just the right word for a complex idea or emotion, like naïveté machismo, or schadenfreude. Scientists also use classical languages to name new concepts. Clone, for example, was derived from the Ancient Greek word for twig to describe creating a new plant from a piece of the old. And today, the process works both ways, with English lending words like software to languages all over the world.

Another popular way to fill a vocabulary gap is by combining existing words that each convey part of the new concept. This can be done by combining two whole words into a compound word, like airport or starfish, or by clipping and blending parts of words together, like spork, brunch, or internet. And unlike borrowings from other languages, these can often be understood the first time you hear them.

And sometimes a new word isn’t new at all. Obsolete words gain new life by adopting new meanings. Villain originally meant a peasant farmer, but in a twist of aristocratic snobbery came to mean someone not bound by the knightly code of chivalry and, therefore, a bad person. A geek went from being a carnival performer to any strange person to a specific type of awkward genius.

And other times, words come to mean their opposite through irony, metaphor, or misuse, like when sick or wicked are used to describe something literally amazing. But if words can be formed in all these ways, why do some become mainstream while others fall out of use or never catch on in the first place? Sometimes, the answer is simple, as when scientists or companies give an official name to a new discovery or technology. And some countries have language academies to make the decisions.

But for the most part, official sources like dictionaries only document current usage. New words don’t originate from above, but from ordinary people spreading words that hit the right combination of useful and catchy. Take the word meme, coined in the 1970s by sociobiologist Richard Dawkins from the Ancient Greek for imitation. He used it to describe how ideas and symbols propagate through a culture like genes through a population.

With the advent of the Internet, the process became directly observable in how jokes and images were popularized at lightning speed. And soon, the word came to refer to a certain kind of image. So meme not only describes how words become part of language, the word is a meme itself.

And there’s a word for this phenomenon of words that describe themselves: autological. Not all new words are created equal. Some stick around for millennia, some adapt to changing times, and others die off. Some relay information, some interpret it, but the way these words are created and the journey they take to become part of our speech tells us a lot about our world and how we communicate within it.

What are fingernails and toenails made of?

The life cycle of a t-shirt 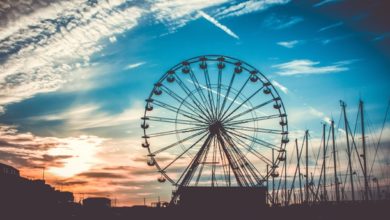 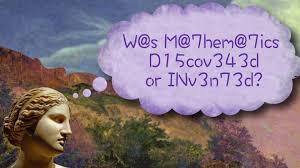 Is math discovered or invented? 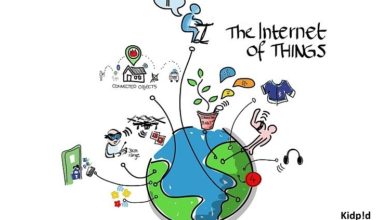 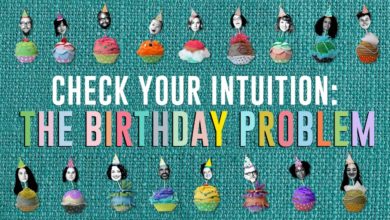 Check your intuition: The birthday problem