The concept of having singular and plural noun is all about getting the knowledge of nouns. This portion covers one of the most important aspects of the English Language. When the person or a thing is single in nature, we call it a Singular Noun. If the person or thing is more than one, we call it a Plural Noun.

In this edition, we have brought worksheets based on “SINGULAR AND PLURAL NOUNS” for Grade 1 students. Children generally find it difficult to differentiate between the Singular and the plural noun. For example- Most people still call Hairs instead of Hair. This worksheet will help the child understand the difference.

The first sheet given below asks the kid to tick the singular nouns and cross the plural nouns. An example of both Singular and Plural nouns is also given in the sheet, to make things easy for the child. A kid should not find it difficult, these are just the fundamentals of English Grammar. 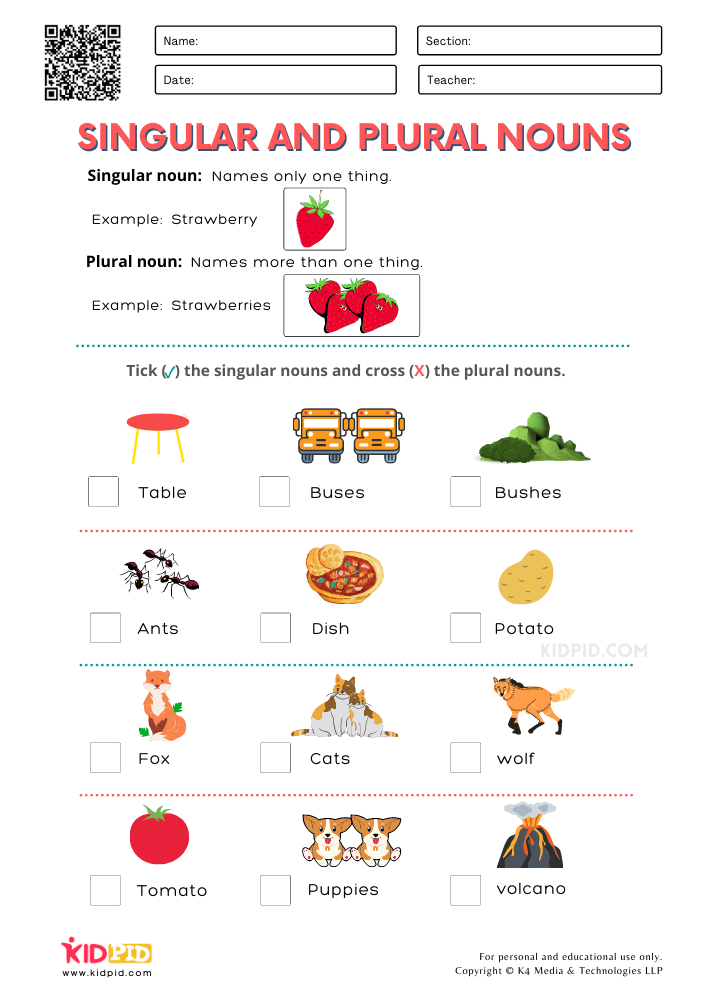 The Singular and Plural nouns are essential not only because the kid needs to learn the differentiation between one or more than one object, but also the relation between the object and the verb involved around which the sentence revolves. These sheets will also help the kid to work on his vocabulary as well. 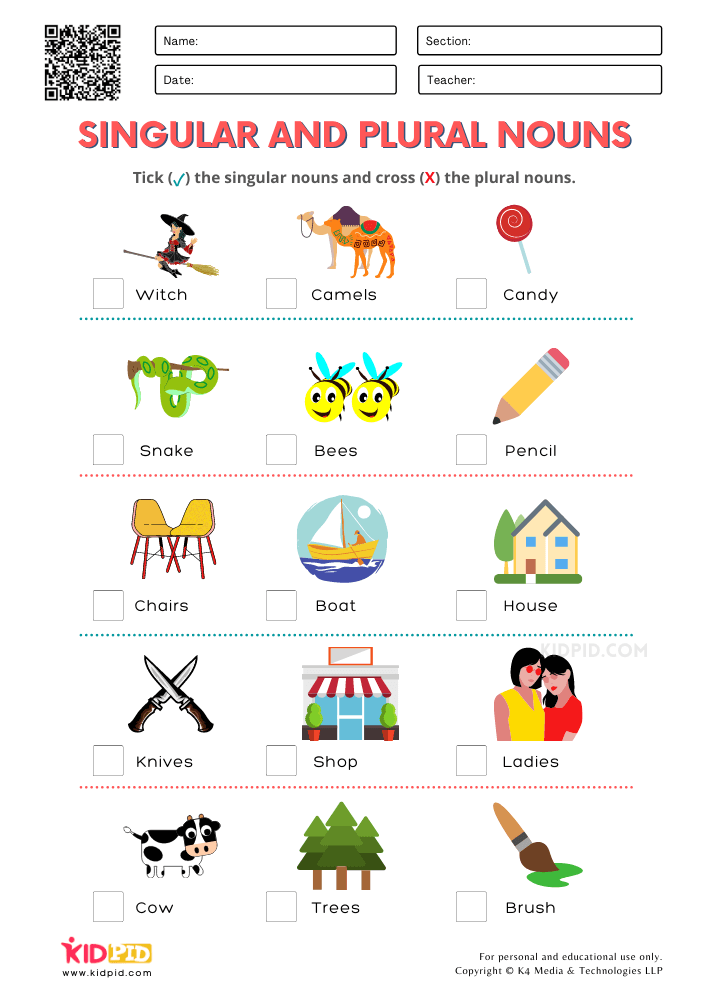 The parents or the teacher should help the kid with the first few sheets, help in solving some questions. Then test them by asking them to solve the remaining worksheets and questions. This will show how much the child has understood, and whether or not he is able to adapt the concept. 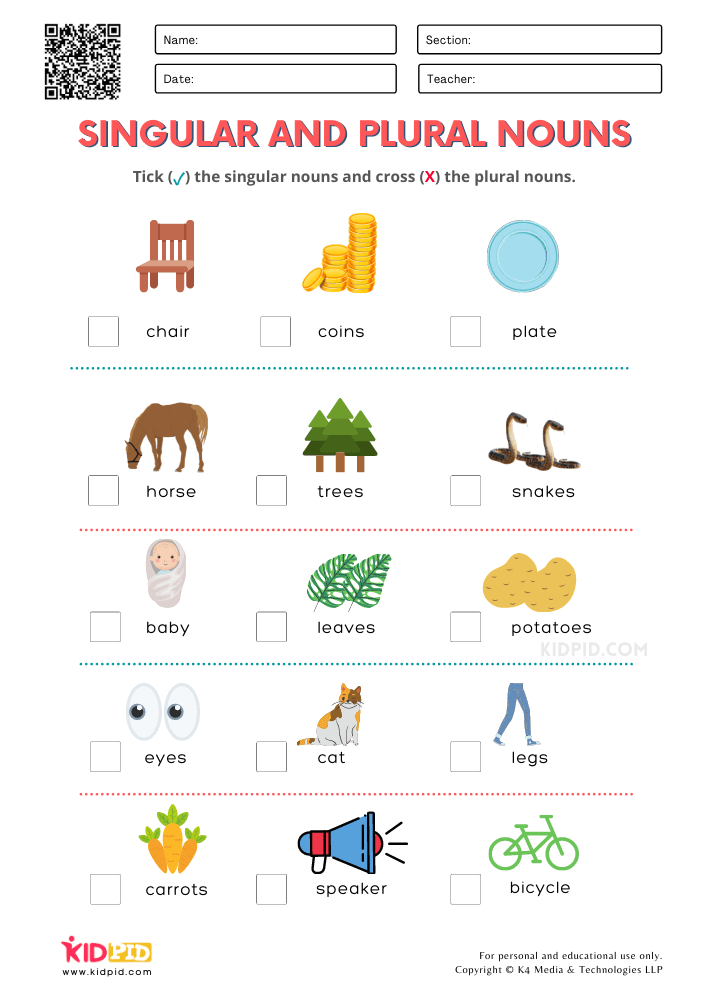 These worksheets will help the kids to get used to the concept as they will show a more convincing connection to the topic. These sheets will help your kid develop their vocabulary, as some complicated and interesting problems are there to follow. 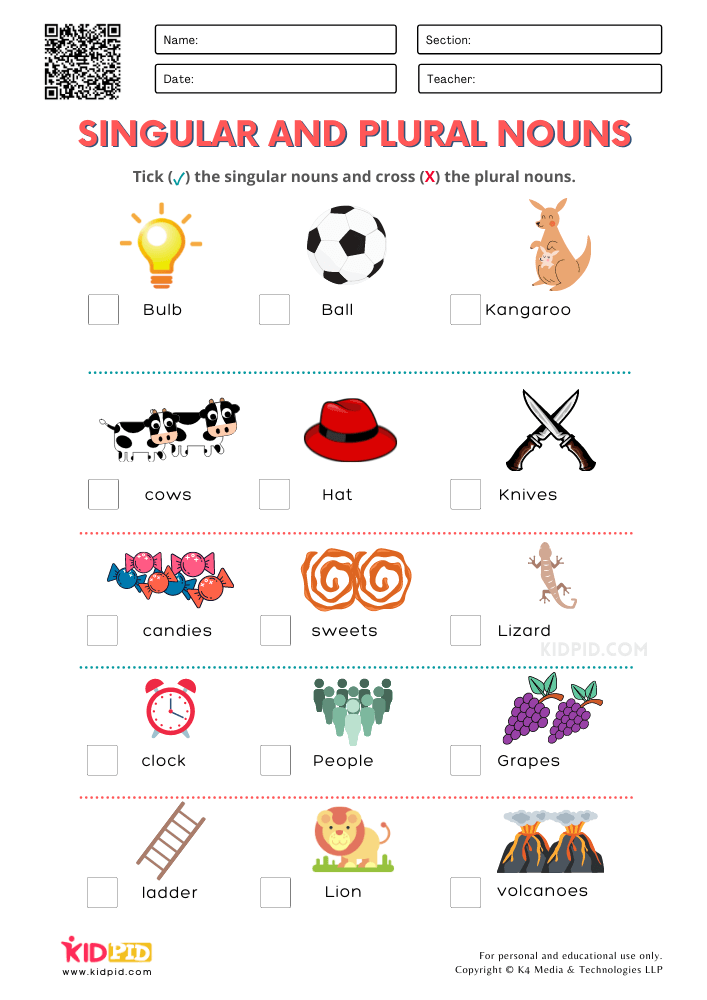 If the kid is uncertain while solving a particular question, make him look at the figure connected with the question. In this way, he will understand the concept with comfort. This will help the child learn the theory he is engaged in, in a very well-defined way. 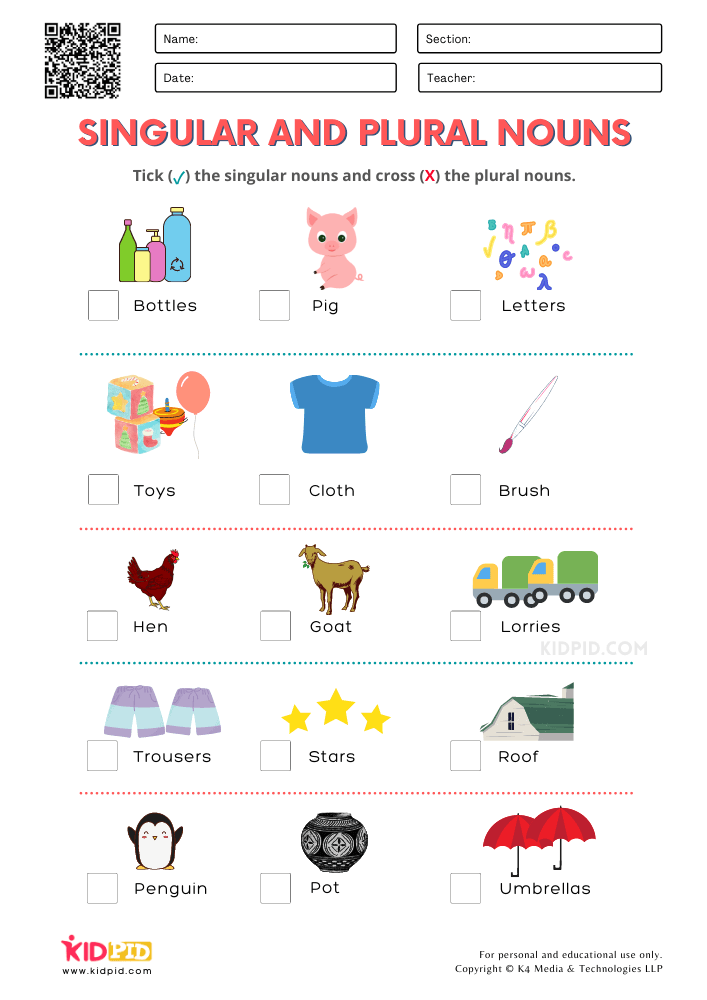 This is the sixth and the last sheet of our session. As stated earlier, there is a photo or a figure represented next to the noun that gives the child a better sense and judgment. It generates an impact and a powerful answer. Make the kid use these sheets and let him have some fun. 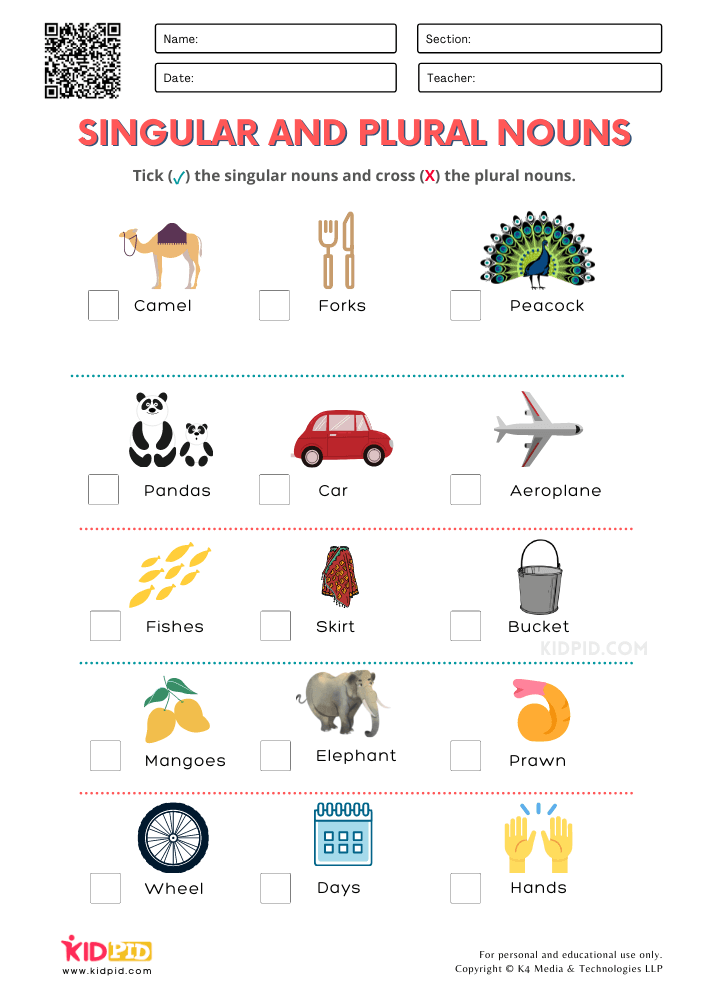