Do you know who invented the number system?

It was developed in the ancient civilization of Arab. Numbers are fun to play with. Let’s learn this Arabian system of numerals. From daily routine of a kiddo to business deals of an entrepreneur, numbers play an important role. Here we come with a new and a fun way to learn numbers, with worksheets and playful way to know numbers.

To begin with number one, let’s learn how to write the numeral one, it’s digit, it’s spelling.

The worksheet consists of some fun activities too. Like colouring one star, identification of numeral one. 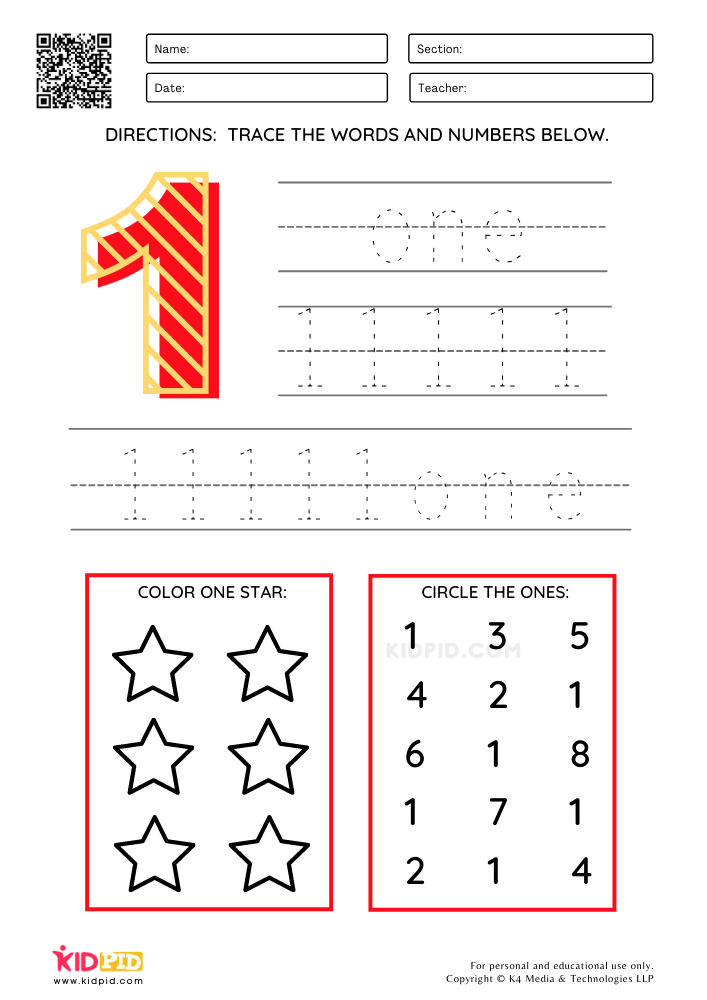 Are you enjoying this?? so let’s proceed!! 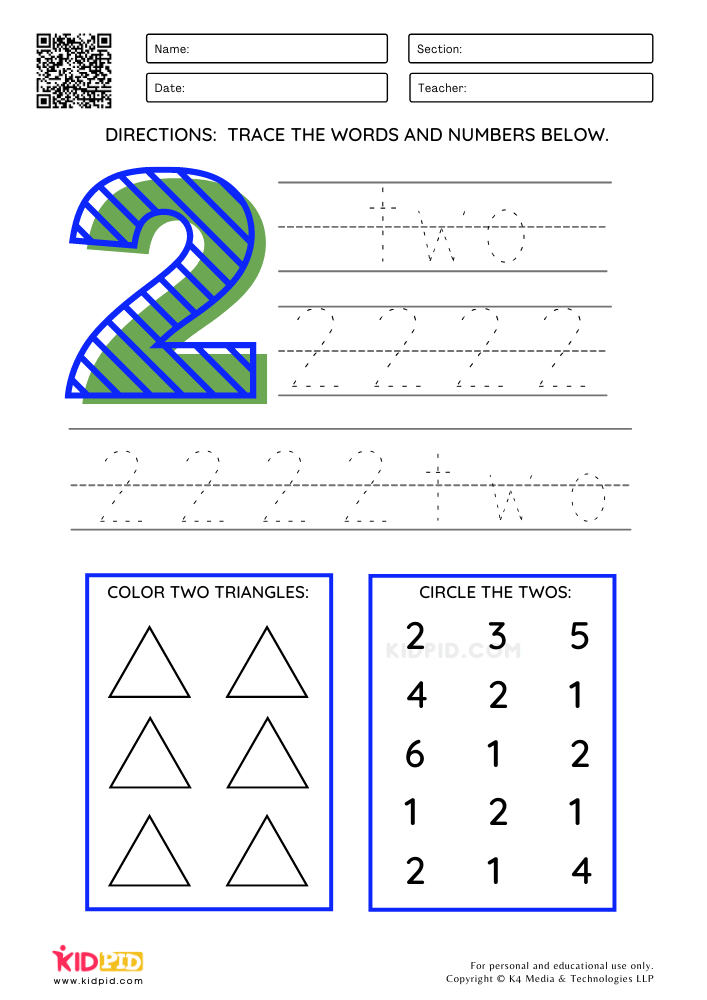 Trace the numeral, the letters and the digit. Learn the numeral and identify it in the given activity. Also colour three squares. 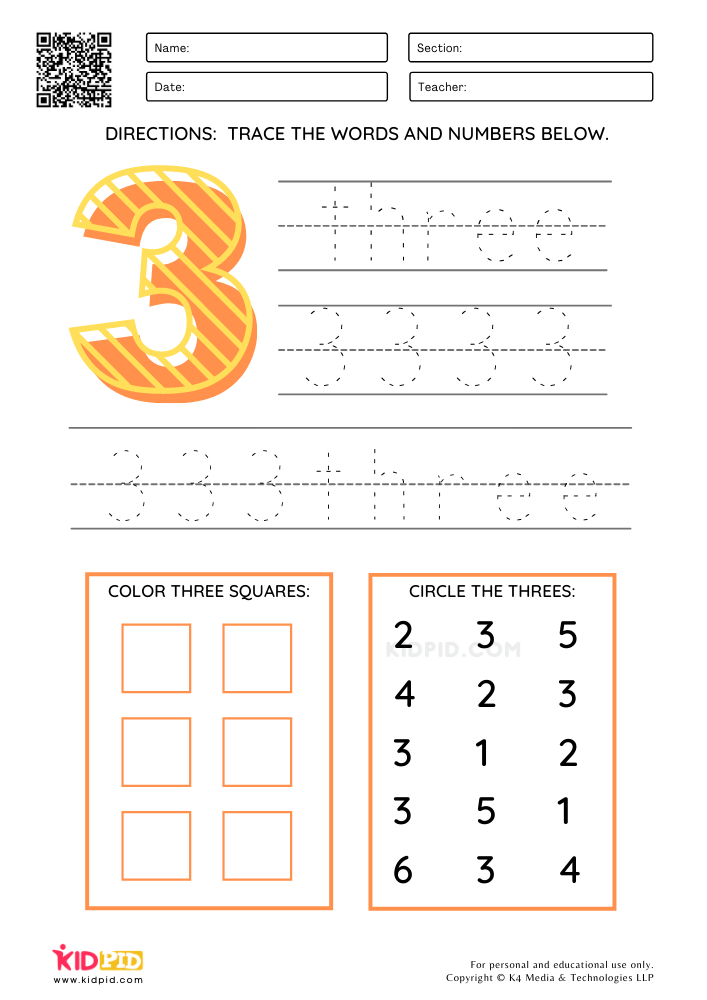 The next number is- four . Follow the same rules, trace the number, read and write to learn the numeral. Also colour four hearts and encircle the number 4. 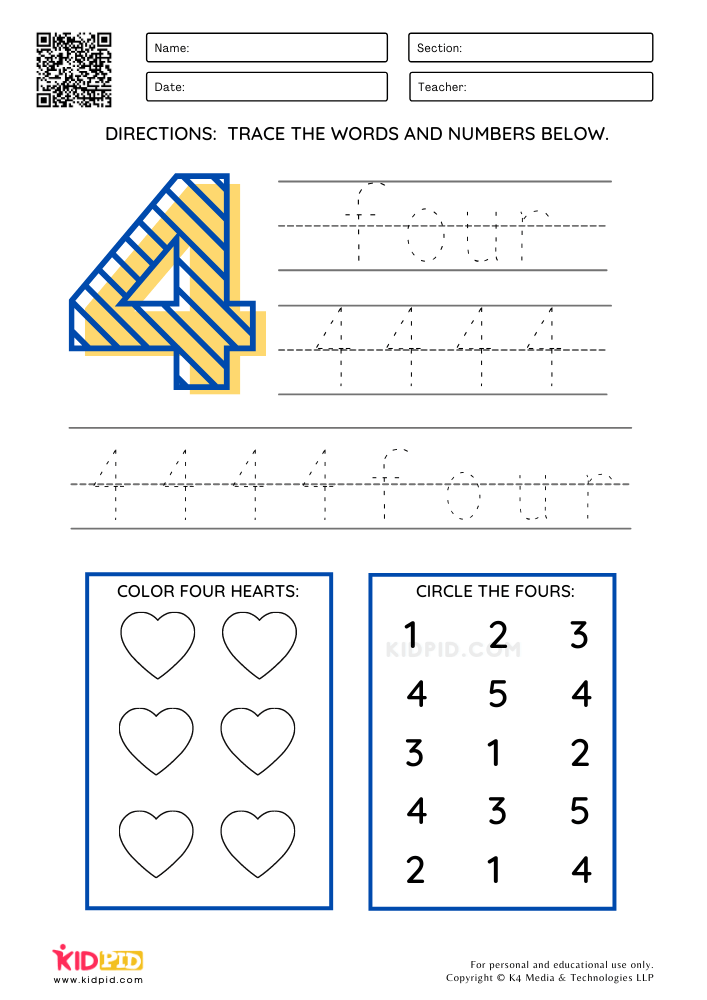 What do you think, what’s the next number?

Trace the numeral 5. Read and write the spelling five. Also colour 5 circles and encircle the digit 5. 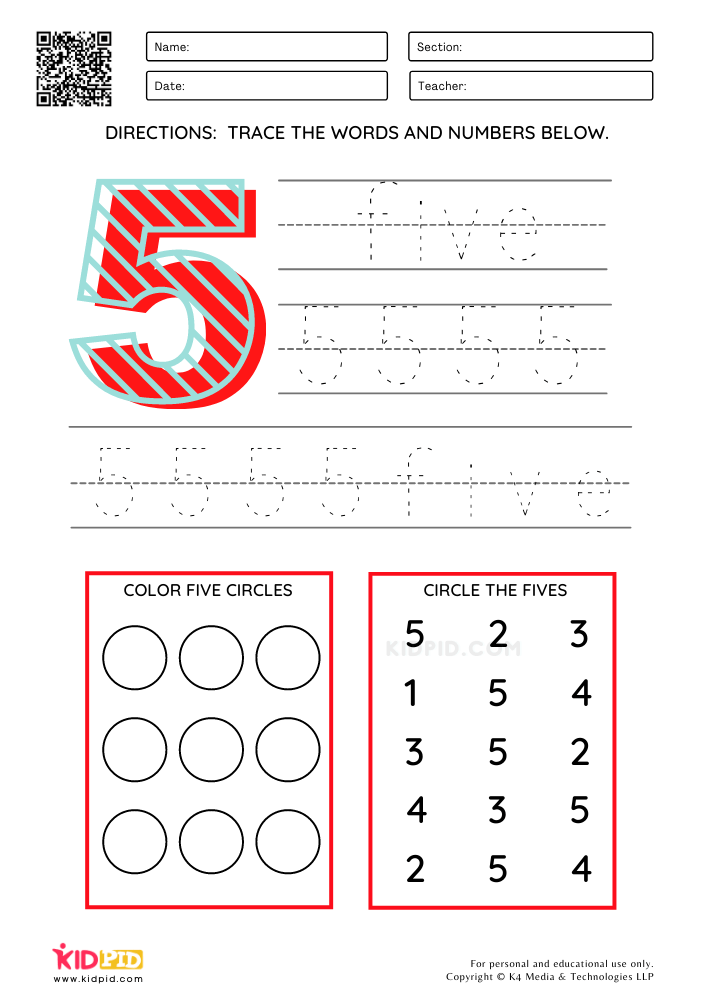 Are you enjoying it? So let’s proceed… The next number is six (6).

Follow the steps, trace the numerals, colour only six triangles and circle the digits 6. 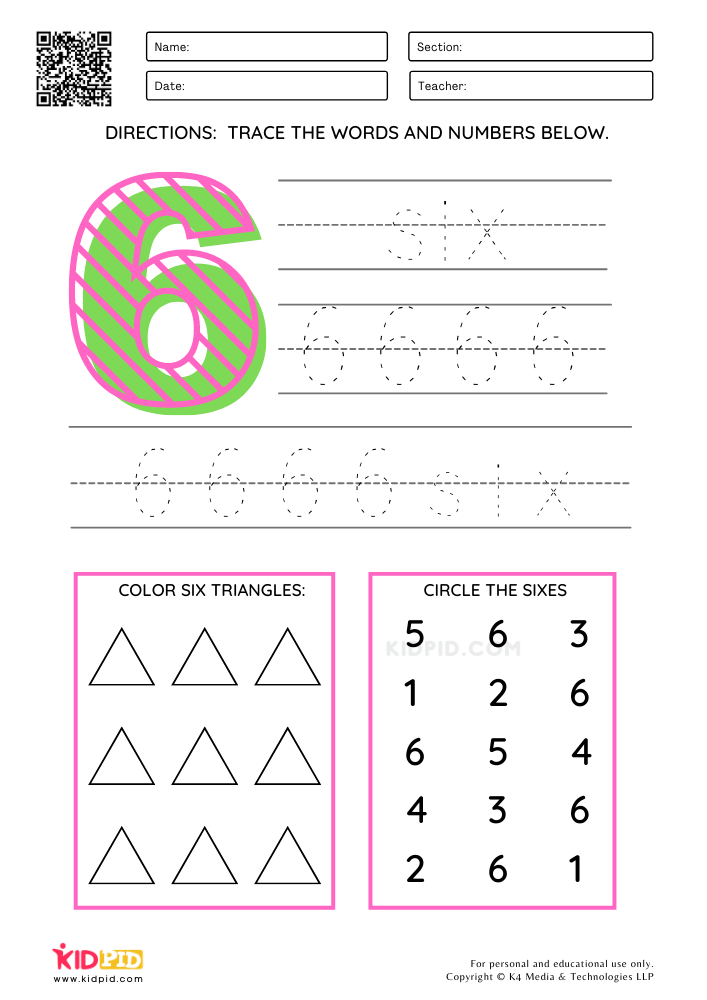 Trace the given elements, read and write the spelling, colour seven hexagons and also encircle the digit 7. 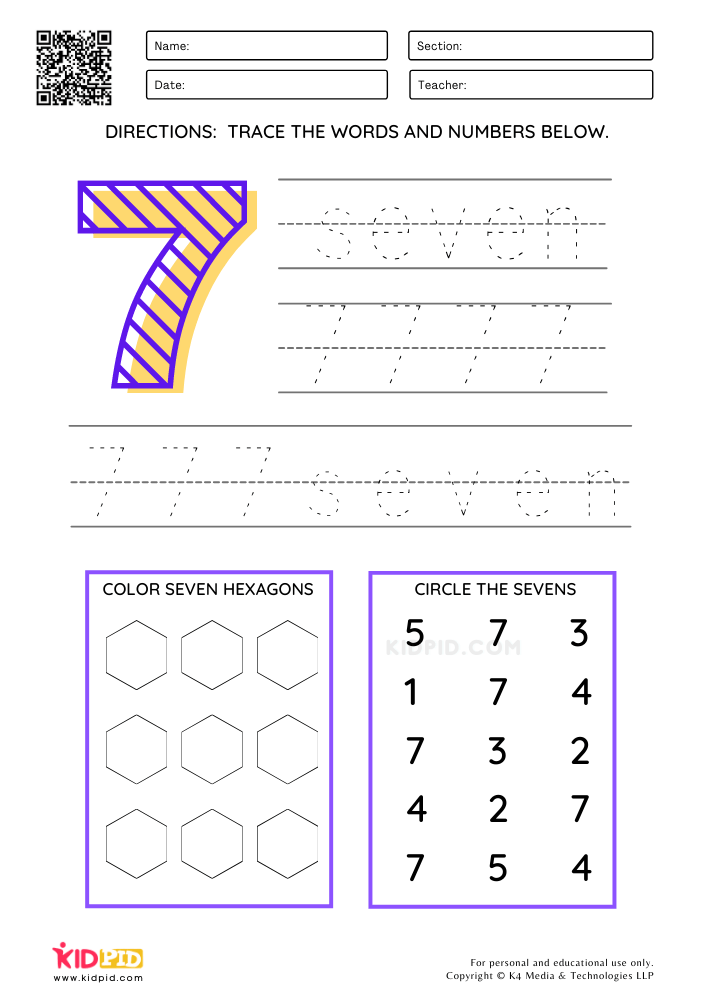 Trace the given elements, read and write the spelling, colour eight diamonds and also encircle the digit 8. 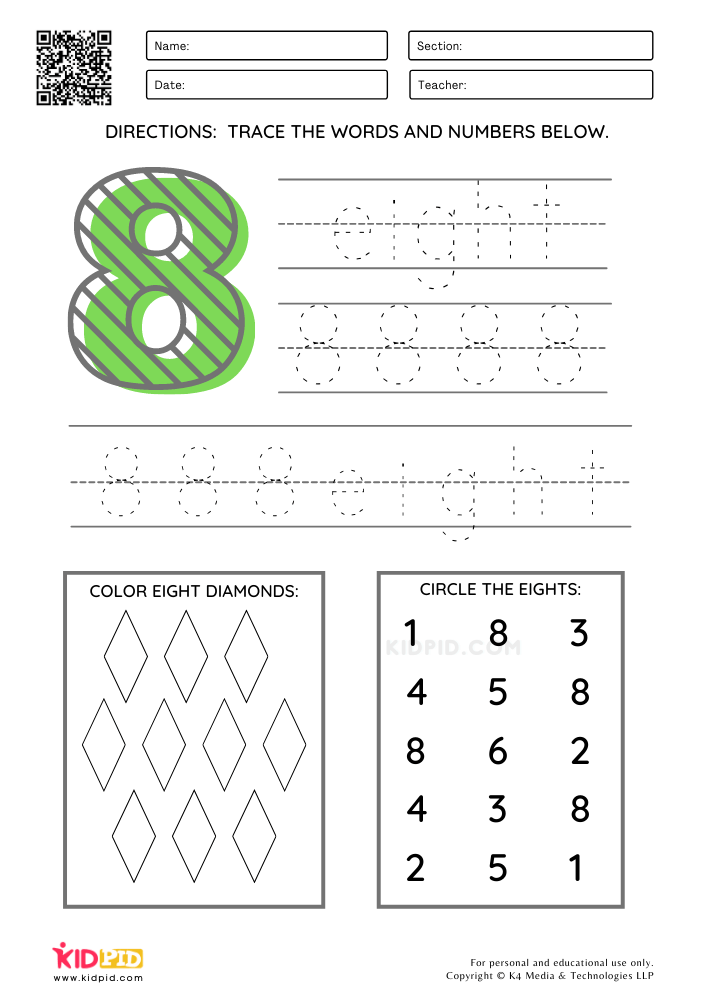 Last but not the least. Here’s to the last single digit number – nine (9).

Follow the same pattern, read and write the number 9, trace the elements provided, colour the hats and circle the digit 9. 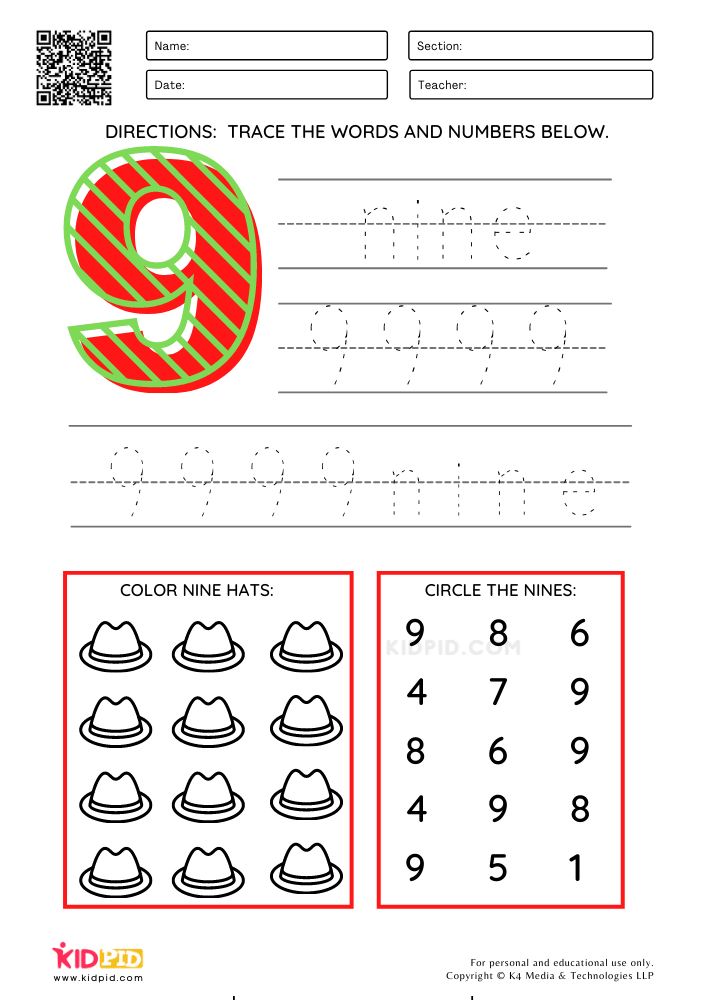 It was fun, right? This was the single digit system. A fun way to know, learn and identify the digits. These activities will not only provide knowledge but also increase the skills of your child. We hope to provide the best of knowledge to your young one. With no burdens, no tensions, no extra efforts, just a fun and playful way to learn and adapt their basics.